After seeing Love Letters on Broadway last Friday evening, I’m inspired to start writing letters again. By hand. On paper. You know, the old-fashioned way. Ironically, I say this to myself as I type right now on the keyboard of my MacBook. I can’t remember the last time I sat down to write a letter. And post-it notes like “lunch is in the fridge” or “take out the recycling” don’t count.


Gone are the simpler days of the Palmer Method, erasures, whiteout, and personalized stationery. The writing of notes to the ones we love is a lost art –– a piece of the past tucked deeply into ramshackle drawers and buried with handkerchiefs, nylon stockings, tablets and fountain pens. But Love Letters by A.R. Gurney now playing at the Brooks Atkinson Theatre, reaches back to another era –– one that is pre-smart phone and pre-Internet. 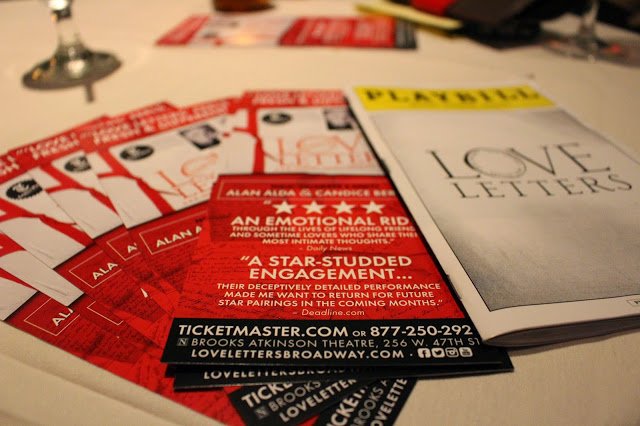 The show rotates casts over the course of its run. For Friday’s performance, Carol Burnett –– my generation’s favorite variety show diva –– partnered with legendary actor Brian Dennehy. Ms. Burnett plays a rebellious Melissa, who becomes estranged from her children and flops in her career as an artist. Mr. Dennehy portrays a conservative Andrew Makepeace Ladd III, a Yale and law school graduate who runs for US Senate. The play tells the story of the two best friends who correspond mostly in notes and letters consistently for 50 years. Love Letters is a tale of love, acceptance, and commitment to continue writing to one another despite distance, failed relationships, family issues, and any other curveball life throws.


The play begins in their childhood and touches on each period of the characters’ lives: boarding school, college, marriage, families, and even death. The pair read postcards, notes and letters that they’ve penned to one another, revealing their hopes, dreams, and the depth of their lifelong friendship. 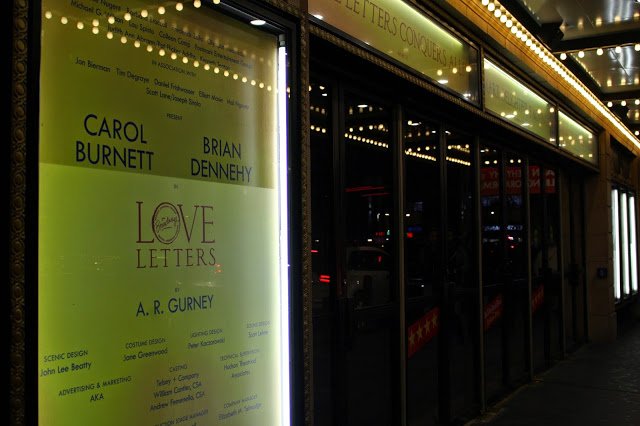 Brilliant performances by both Ms. Burnett and Mr. Dennehy brought the almost empty stage to life. They stay seated at a rectangular table for the duration while reading from their binder-like notebooks. I have to admit –– when the play began, I thought 90 minutes would be a long time for two people to read to each other. Note: there is no change of scenery or costumes, and the two-person cast never leaves their chairs. Two water-filled glasses and carafes are the only props. None of these incidentals matter. After 15 minutes with Melissa and Andy –– I couldn’t help but fall in love with both simultaneously –– I found myself captivated, and time flew.


The eloquently written and acted Broadway show reinforces the power of the written word –– notes and letters are much more than paper with sentences. But rather, like the play itself, these epistles flow from our hearts and remain with us until the end. I’m so glad I had the time to see this show.


Written by A.R. Gurney
Directed by Gregory Mosher
90 minutes and no intermission


This show closed on December 14. 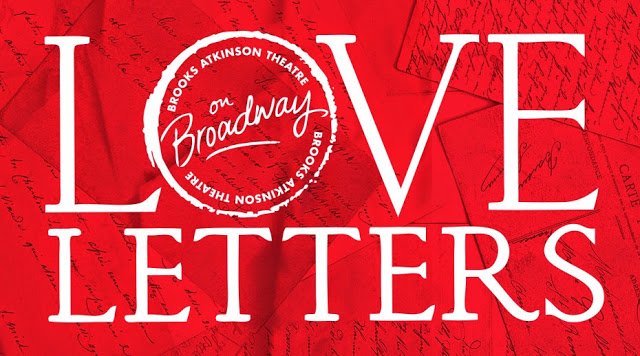 I received complimentary tickets to Love Letters. This review is my personal opinion.

« Al Hirschfeld at the Algonquin; Lots of Nakedness Happening; Save Cafe Edison, and More
6 Overrated Things About NYC and Their Alternatives »