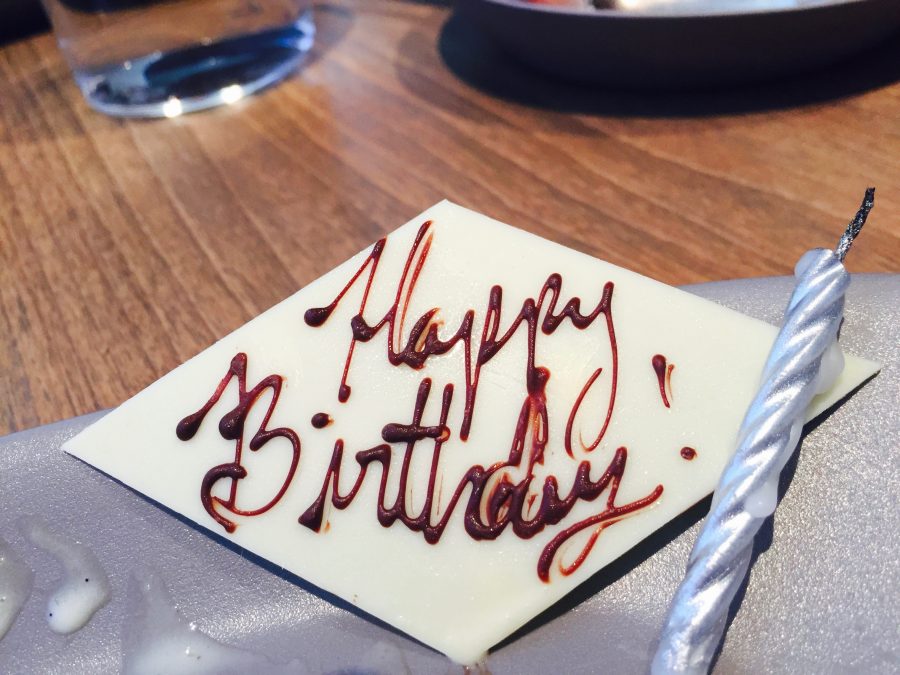 Whether we welcome them or not, birthdays come once a year. Even though I don’t look forward to getting older, I do look forward to celebrating my birthday in New York. I’ve experienced some pretty epic nights out in the past, but this year was low key, which was just the way I wanted it. Two of my closest pals, Heather and Scott, invited me to Nougatine at Jean-Georges for a birthday lunch, and I was thrilled. I adore Nougatine, and I’ve been several times before (even on a birthday), so I couldn’t wait to go back. This year was my first lunch there, but it won’t be my last. I highly recommend the bar and restaurant for a special occasion. Here’s a look back at my birthday afternoon at Nougatine…

After I got my hair blown out at Drybar on the Upper West Side (thanks to Catharine for an amazing job on my uncooperative hair), I met Heather at the Time Warner Shops at Columbus Circle. We walked around to kill about 30 minutes before our lunch date with Scott. We got a little silly snapping selfies. Also, I want to mention that there’s a killer view of Central Park South from the second level of Time Warner. We never get tired of looking at it, either. 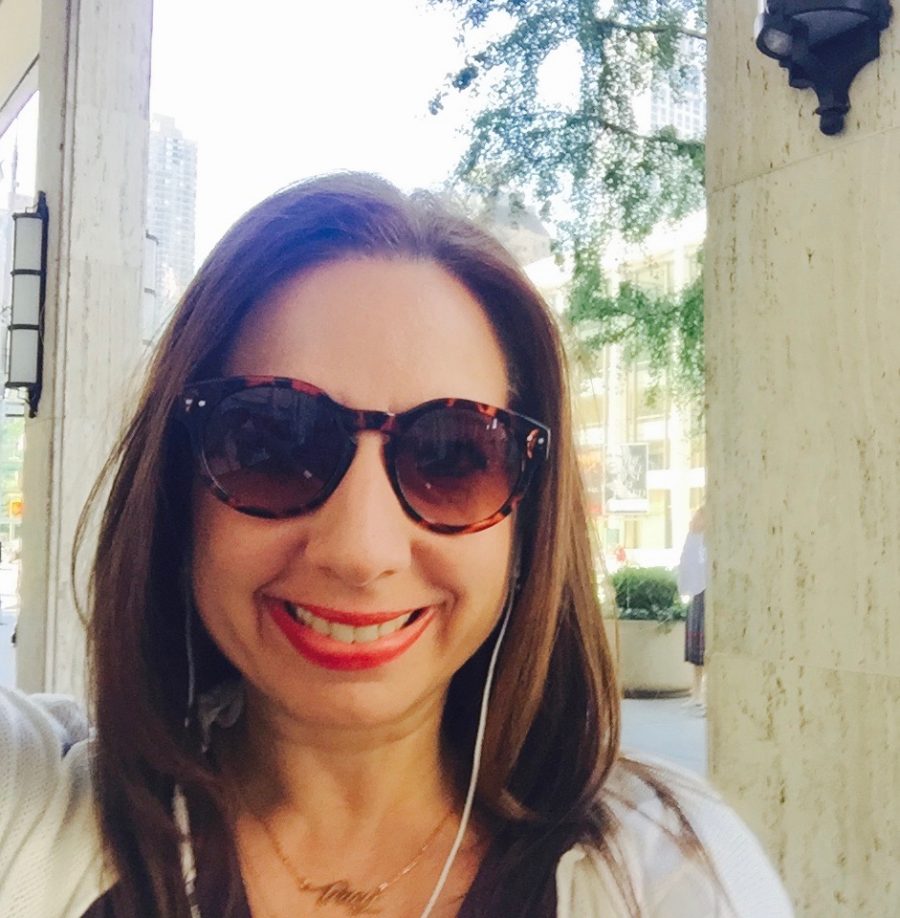 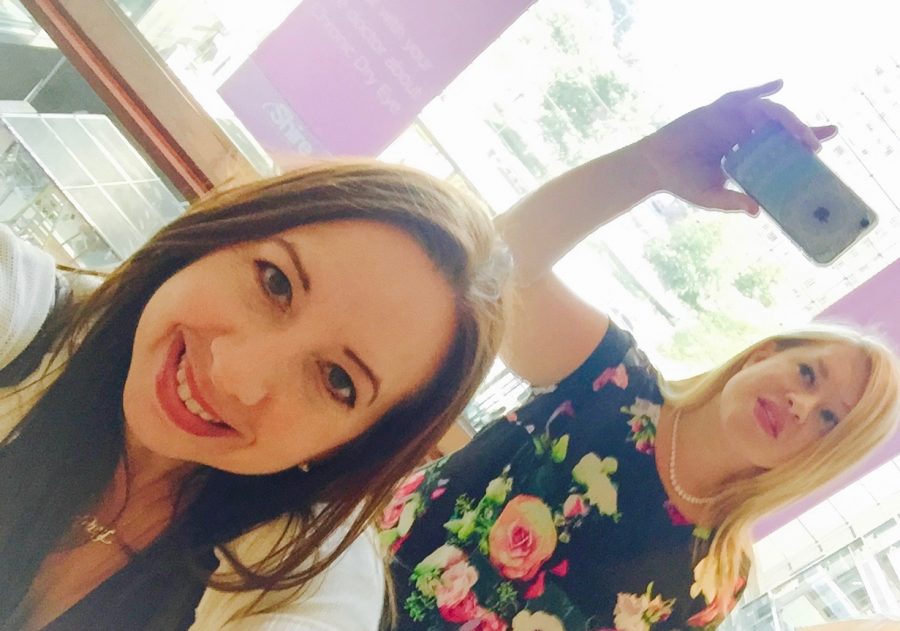 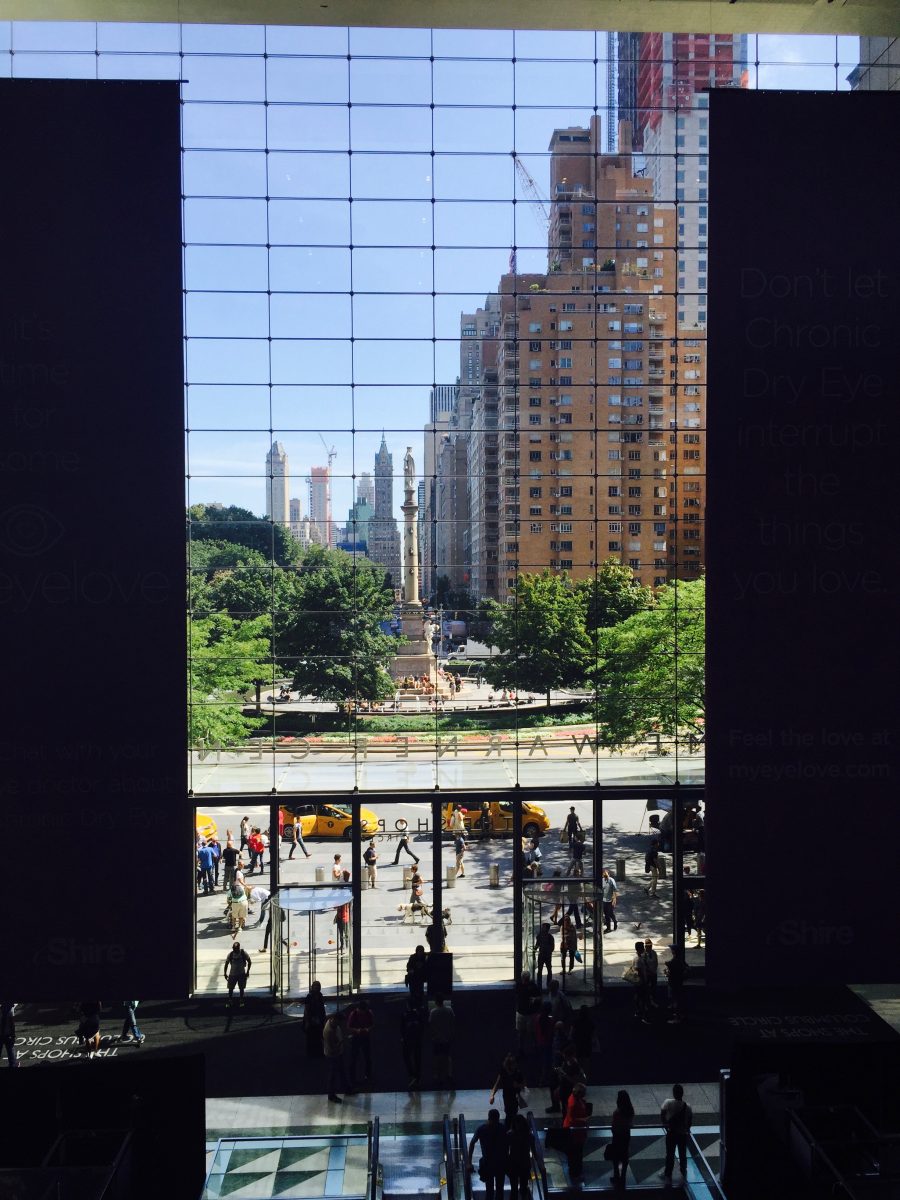 We arrived at Nougatine right on time and Scott was waiting. He and Heather decided to celebrate my birthday with martinis! I was tempted to splurge, but played it safe and stuck with my usual drink –– wine, of course. 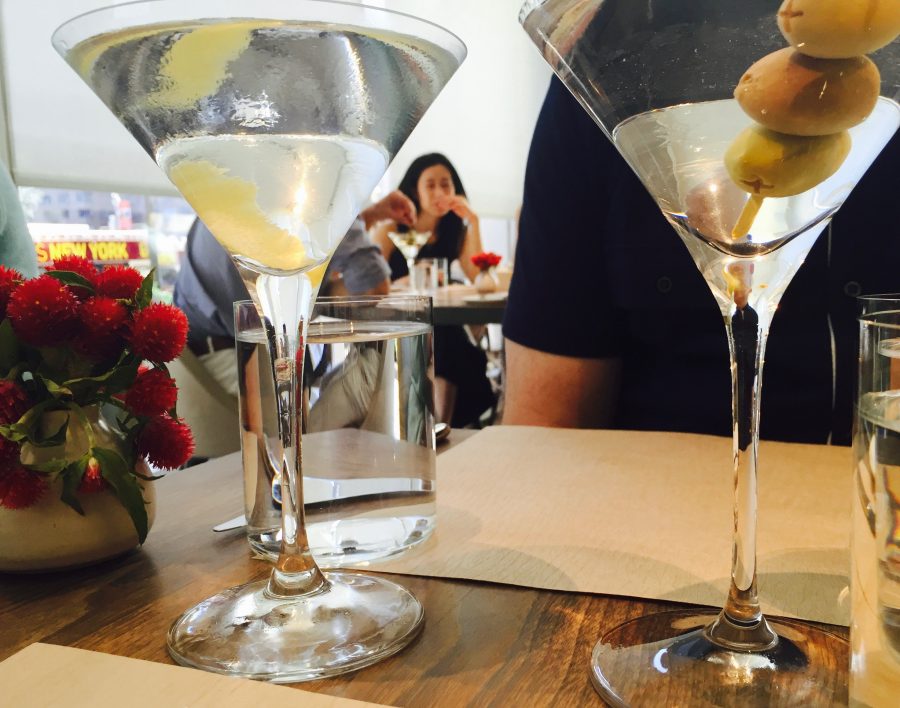 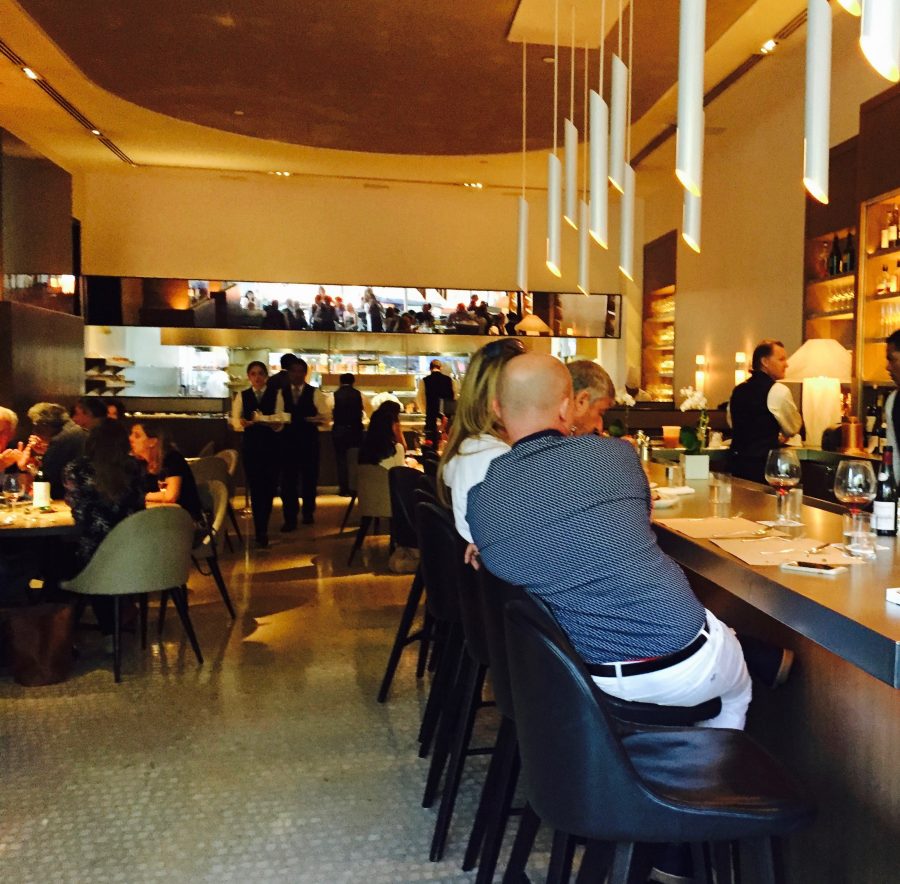 Now, the food. Scott started with the shrimp salad, and Heather and I went for the tuna tartare. Both were beautiful and yummy. 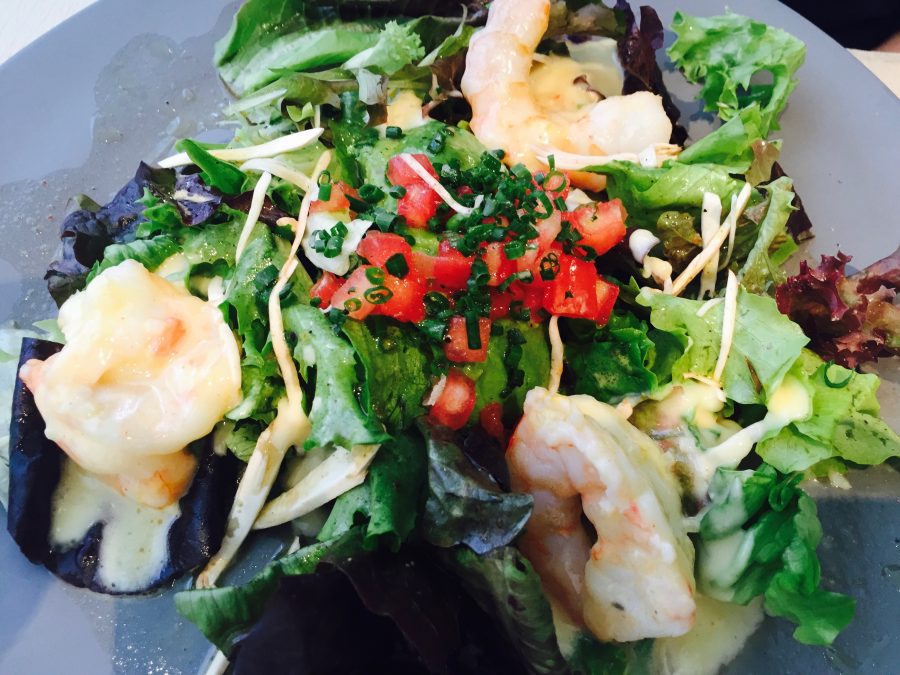 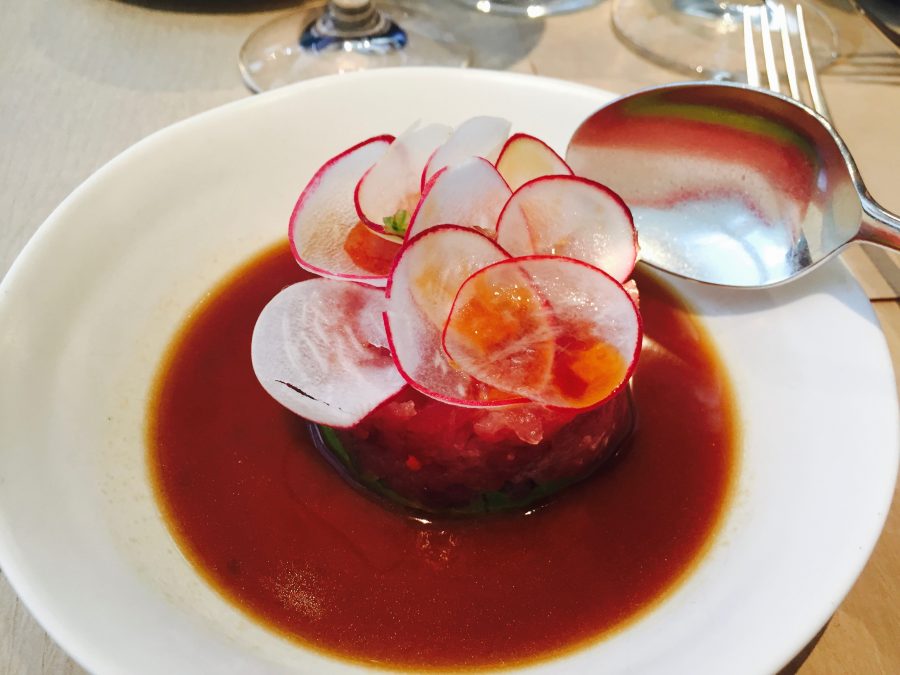 First course was a success, so now on to the main course.

Scott opted for the black bass, Heather for the rigatoni and meatballs (sounds ordinary, but it was far from it), and I ordered  the veal milanese with heirloom tomatoes. All three were delish. 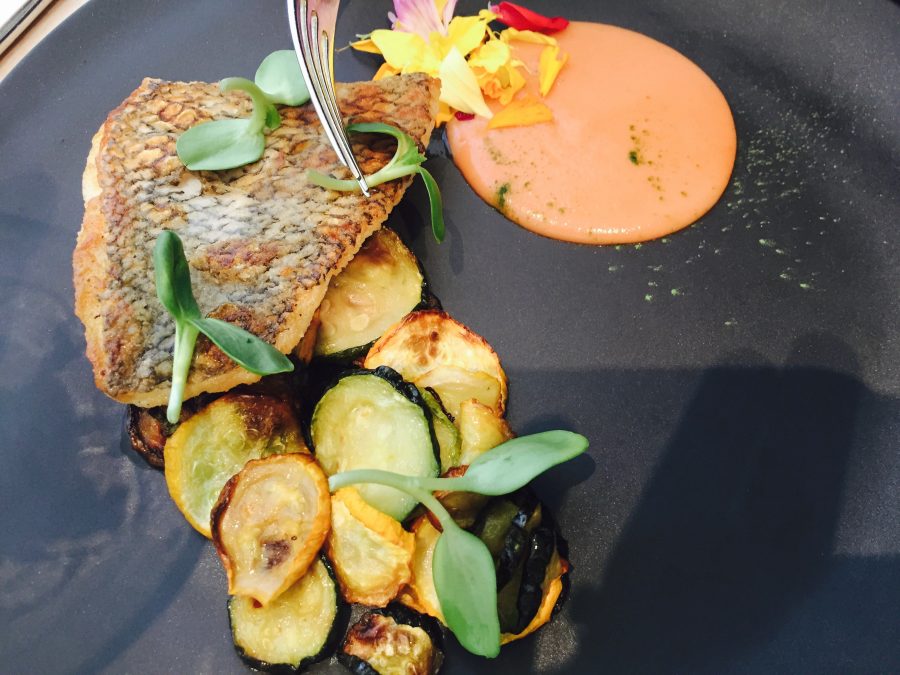 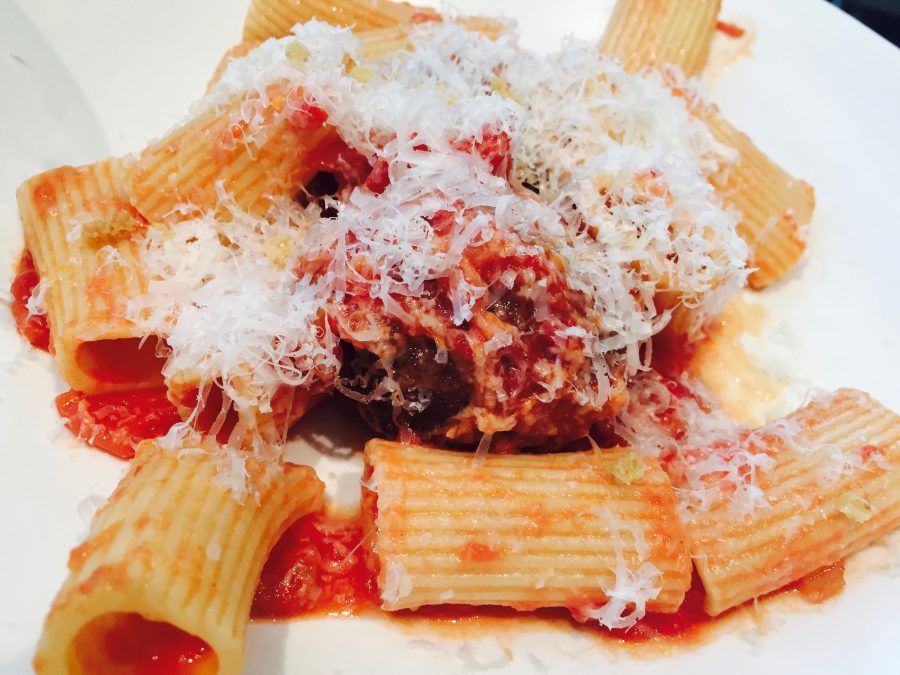 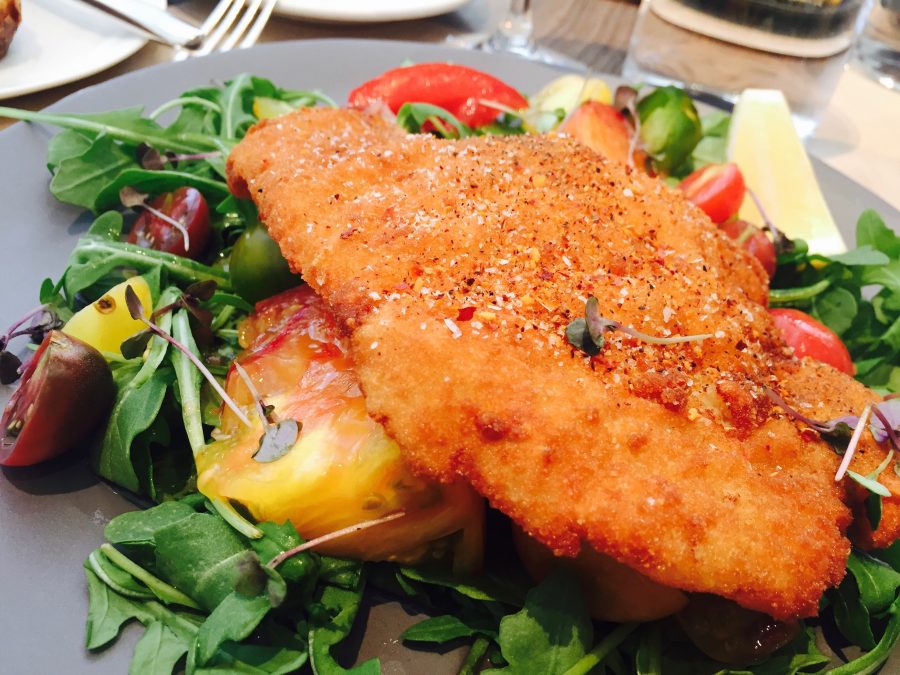 And, I wouldn’t ordinarily order dessert, but I mean, it was my birthday…. and we opted for the prix fixe menu, so it was included.

Heather went for the mixed berry pavlova, and Scott and I couldn’t refuse the Jean-Georges warm chocolate cake. Mine came out with a birthday wish! I ate every last bite. If I’m honest, it was one of the best desserts I’ve eaten and perfect way to end my birthday lunch. 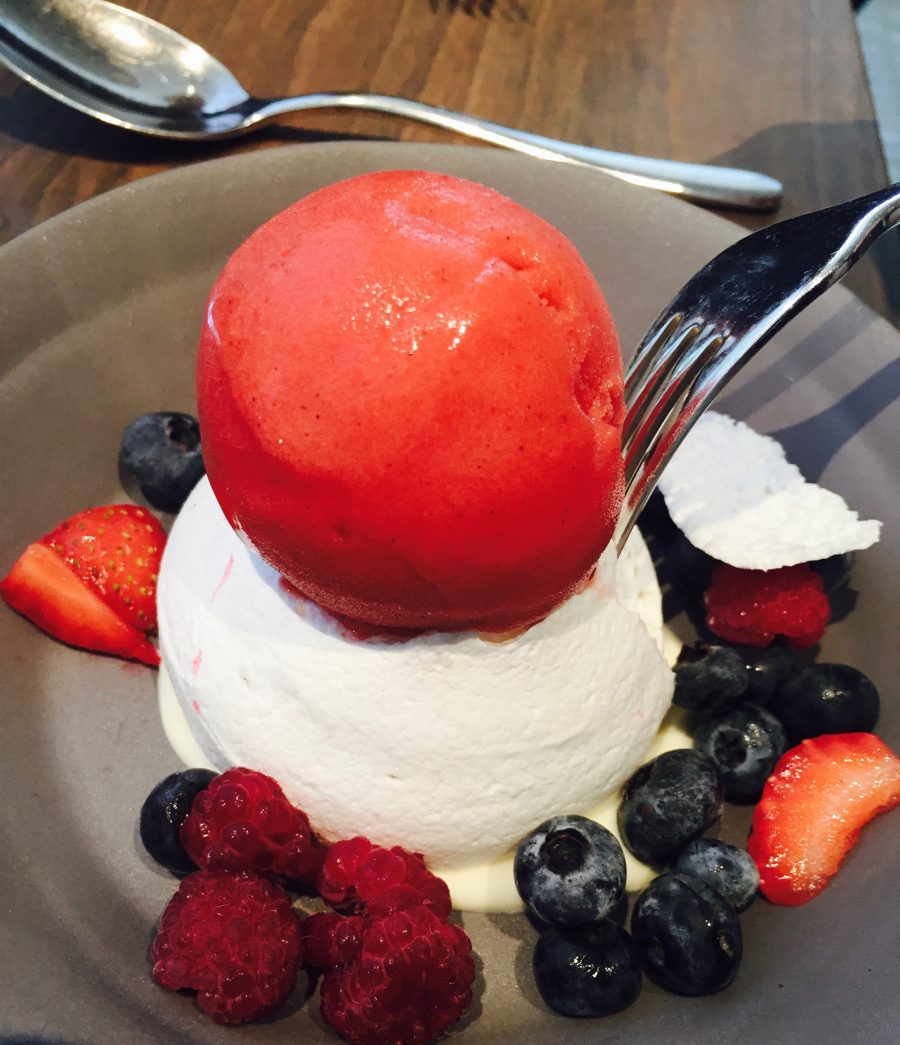 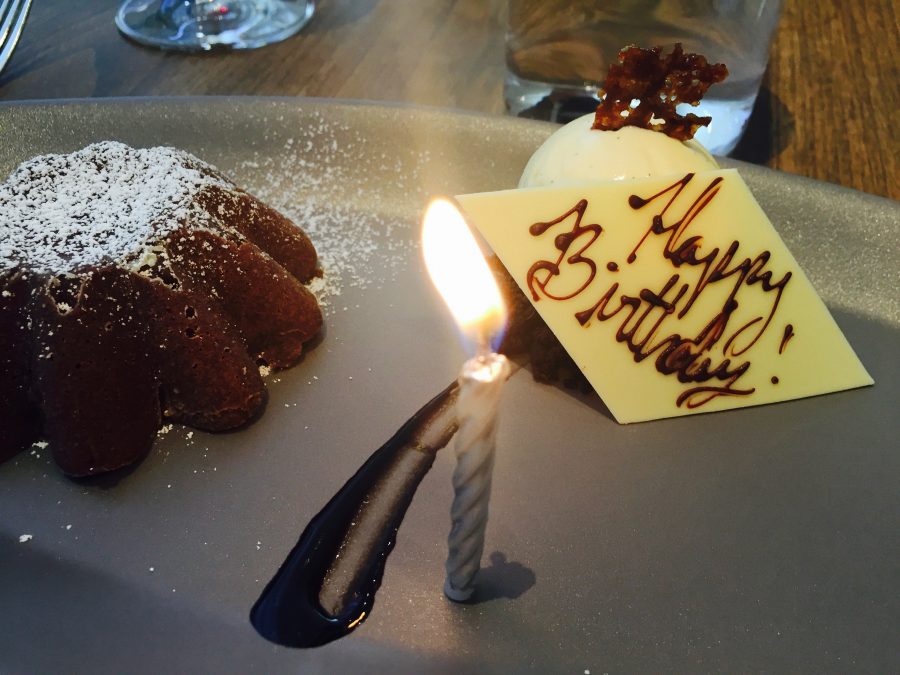 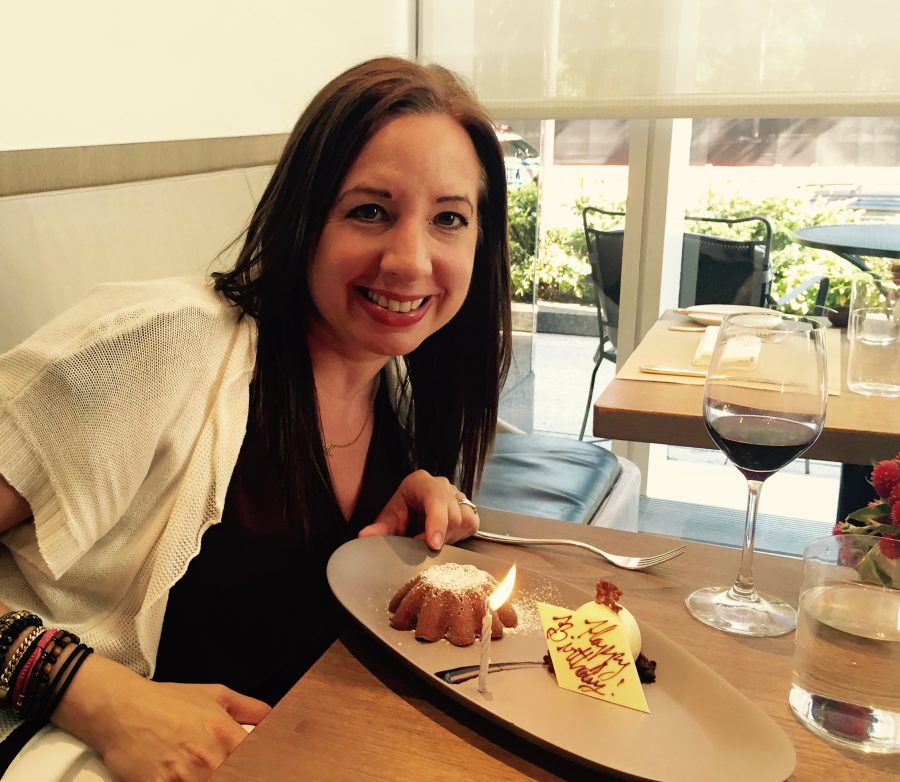 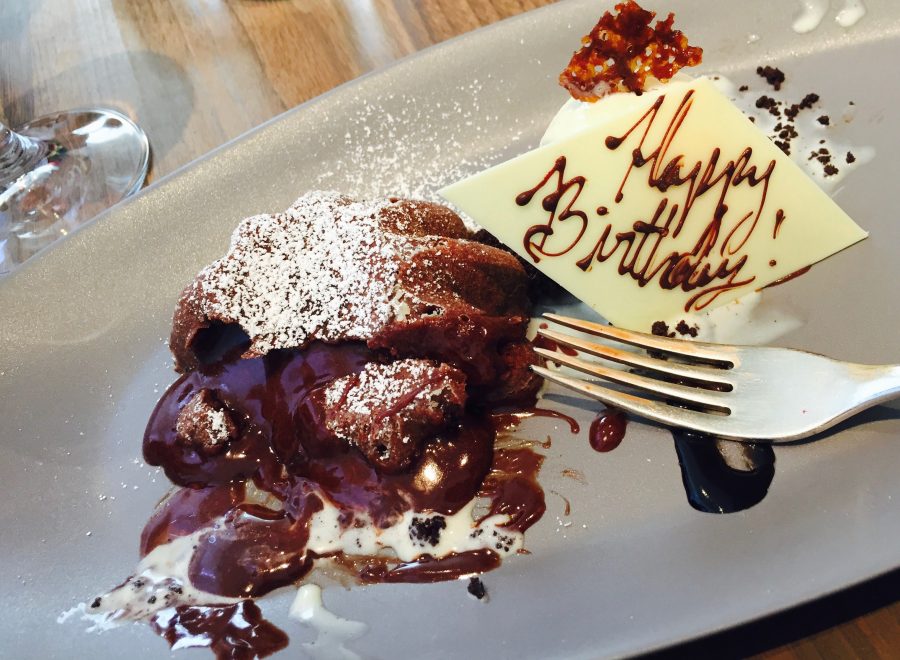 I didn’t want the afternoon to come to an end. We all stay busy in this city and don’t get together as often as I’d like, so spending a few hours with Scott and Heather was the icing on my birthday cake! (No singing allowed)

When we left Nougatine, the sun was shining on the Upper West Side, so we posed for a few more pictures outside Jean-Georges. 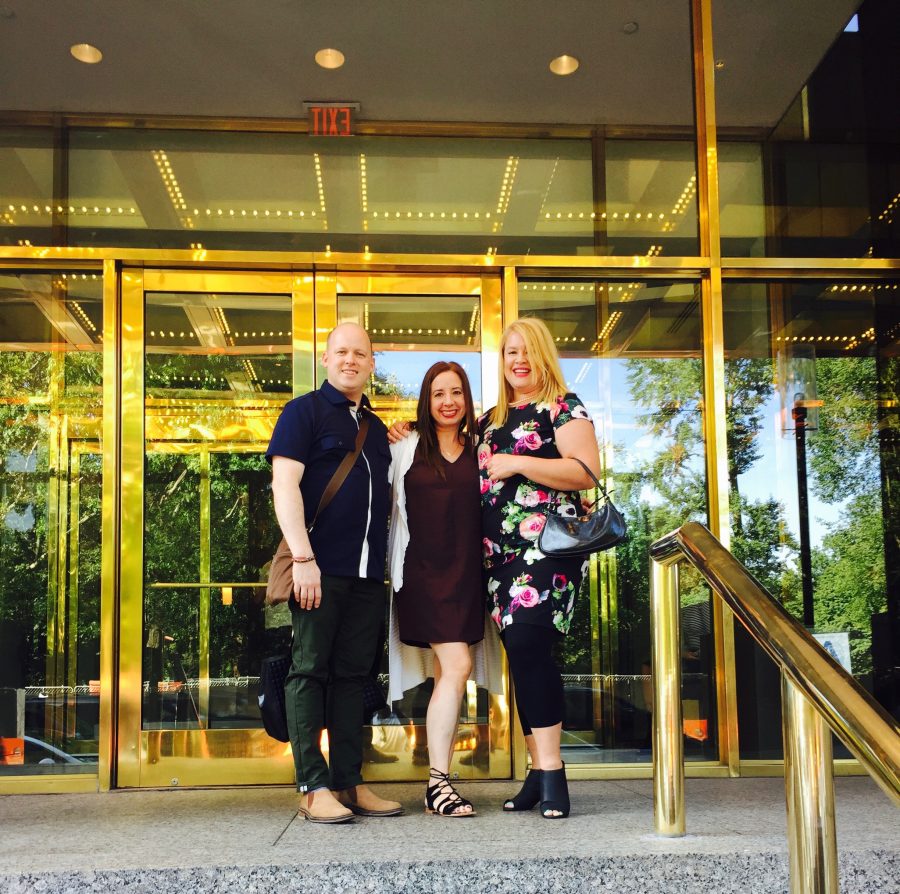 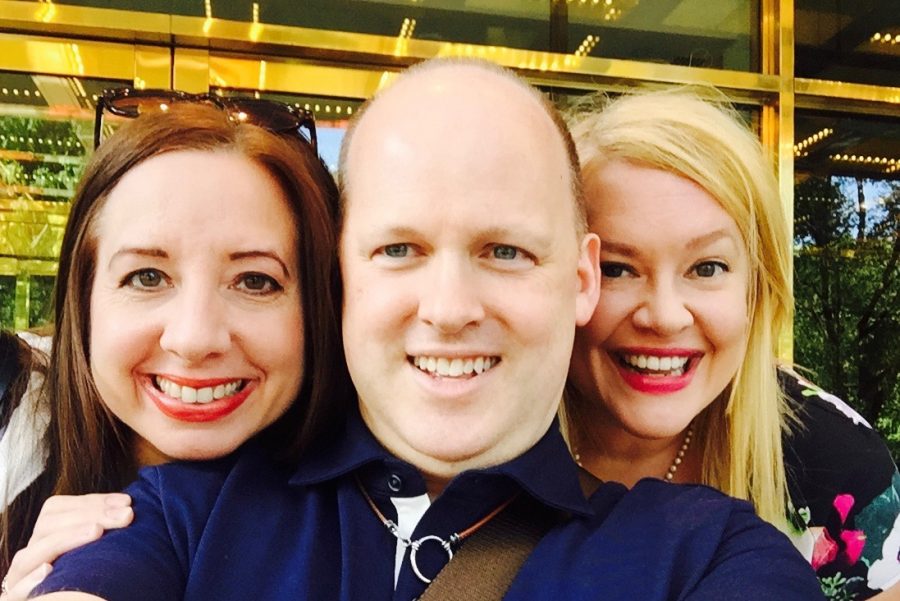 Here’s what I did last year on my birthday.

If you could go anywhere in New York for a birthday meal, where would you go? Leave a comment and tell me –– I’d love to know!

« Fuhgeddaboudit!
How to Successfully Pull an All-Nighter in NYC »