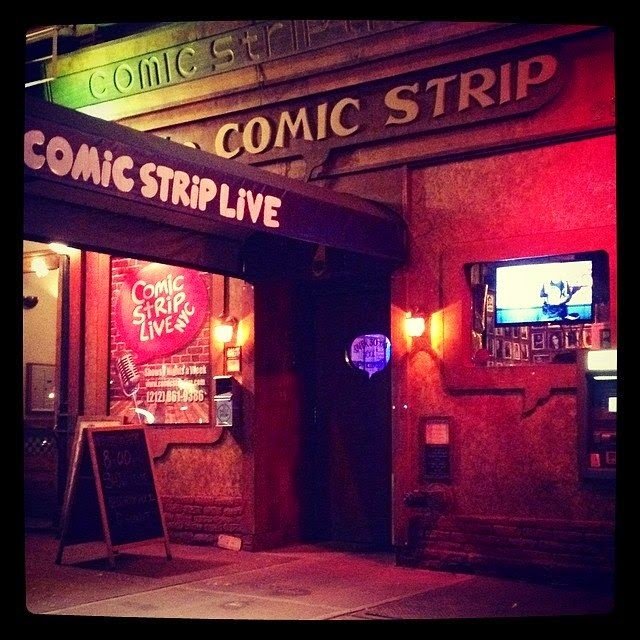 “A comedy club is a place where you work out material, you’re trying material.”– Chris Rock

I can never forget the first time I saw stand-up comedy in New York City. Several years before I moved here, Michael and I were in town on vacation, and at the last minute we decided to see a late stand-up show downtown. I remember we had great seats –– not too close to the stage (thank goodness!) and not too far away –– and we laughed hysterically at every performer that night.

And then, the night became epic –– Chris Rock walked in. As we neared the end of the evening, he pounced the stage, exhaled into the microphone and started to test his new material. We had no idea if this had been planned, or if he just happened to swing by on a moment’s notice. And, we didn’t care. It was thrilling to watch a headliner perform, especially since we had never been to a show in New York before. An ordinary night in a NYC comedy club became unforgettable in just minutes. More than a decade later, Mike and I still talk about that night we saw Chris Rock.

Whenever anyone attends a live comedy show in New York, there’s always the chance that a big time comedian (think Louis C.K., Dave Chappelle, or Jerry Seinfeld) could appear at any moment to “try out” their latest stuff, the same way Rock did. They could be hilarious, and you could be among the first audience members to listen to their unspoiled anecdotes. But when testing new material, comedians take a chance. There’s always the possibility that they could NOT be funny. Still, these comics take to the stage each and every night pulling all the stops to make us laugh.

Funny people including pros and newbies run rampant here, probably because New York City is a hub for stand-up. Places like The Stand NYC (voted best comedy club by New York Mag), features top talent like Colin Quinn and Bill Burr. Comic Strip Live, Eastville Comedy Club, and the Greenwich Village Comedy Club, are just a few of the other options where you can leave your troubles at the door.

So the next time you have a crap day, you’re in the mood to giggle with a pal, or just feel like doing something outside your norm, head out to a comedy show. You could end up seeing the next “it” kid in NYC’s stand-up circuit, or even Chris Rock.

I recommend reserving your seats a bit in advance. Weekend shows can get especially busy or sell out completely. You can purchase your New York comedy tickets through Best Comedy Tickets, the stand-up “ticketmaster” in the Big Apple. On the website, you’ll find top gigs from names like Dane Cook and Janeane Garofolo, as well as hot up-and-comers performing at a variety of clubs every night of the week. Check out NYC venues here, and view real-time schedules here. Tonight is a good night to laugh.

It’s been said that laughter is the best medicine. Don’t you agree?

« Edging Out the Competition: 6 Tips to Get Ahead Faster in New York
Reveling in the Village Halloween Parade »