It’s tough to visualize the sleek, modern space at 136 West 18th Street as the horse stable it once was. Today, the 19th century building is home to both the flagship store and design studio of NYC-based metal artist and sculptor, Michael Aram.

Aram’s handmade items appeal to shoppers on a quest for that unique special occasion gift, a conversation piece, or a one-of-a-kind trinket.  From a memorabilia piece for the significant other who has everything imaginable, to a shower gift for the blushing bride; an engraved wedding keepsake; or a milestone birthday present, Aram’s namesake boutique offers a wide selection of items for a plethora of tastes and budgets.

Drawn to natural elements such as plants, vines, and trees, Aram launched his first metal collection in 1989 after venturing to India and setting up shop.  It was here where he discovered the simplicity and beauty in local artisans crafting everyday metal items like buckets, scissors, and shovels, all of which influence his work today. Aram still spends a good bit of time in his New Delhi studio, collaborating and creating with his team of metal craftsmen, but his permanent home is in Greenwich Village with his family.

In January 2014, Aram celebrated his 25th anniversary with a party at Columbus Circle’s, Robert. In honor of the accomplishment, the artist created “The Atelier Collection,” 12 large scale metal sculptures, as well as “The Commemorative Collection,” a sampling of Aram’s favorite functional pieces from the archives.

Initially, you might feel somewhat intimidated peering into the storefront, but trust me, once you enter, the vibe is relaxed, if not calming. A brief look won’t do anyhow –– window shopping isn’t enough at Michael Aram. Set one foot in the vestibule, and you’ll be lured into the former carriage house –– a dark, tranquil space that successfully mixes the best of both old and new. Peruse collections like “Bark and Branch,” “New Leaves,” “Gotham,” “Tree of Life,” and “Vincent.” More than likely, you’ll stay until you’ve browsed the entire mesmerizing interior, taking in each and every elegant yet practical objet d’ art at least twice. 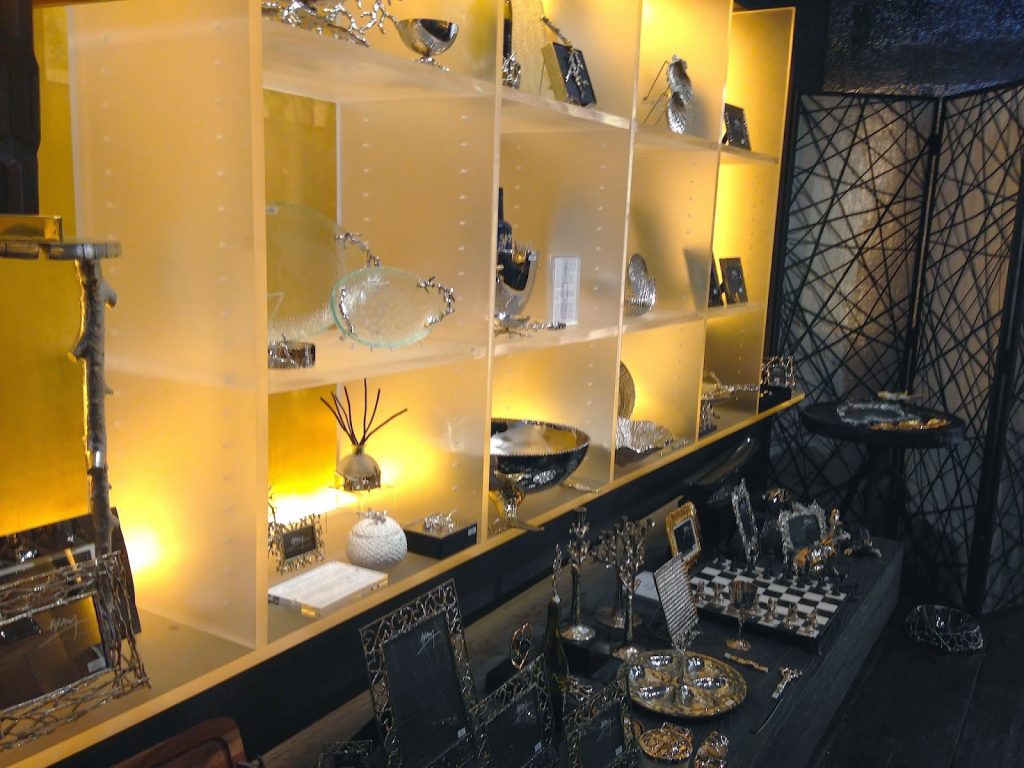 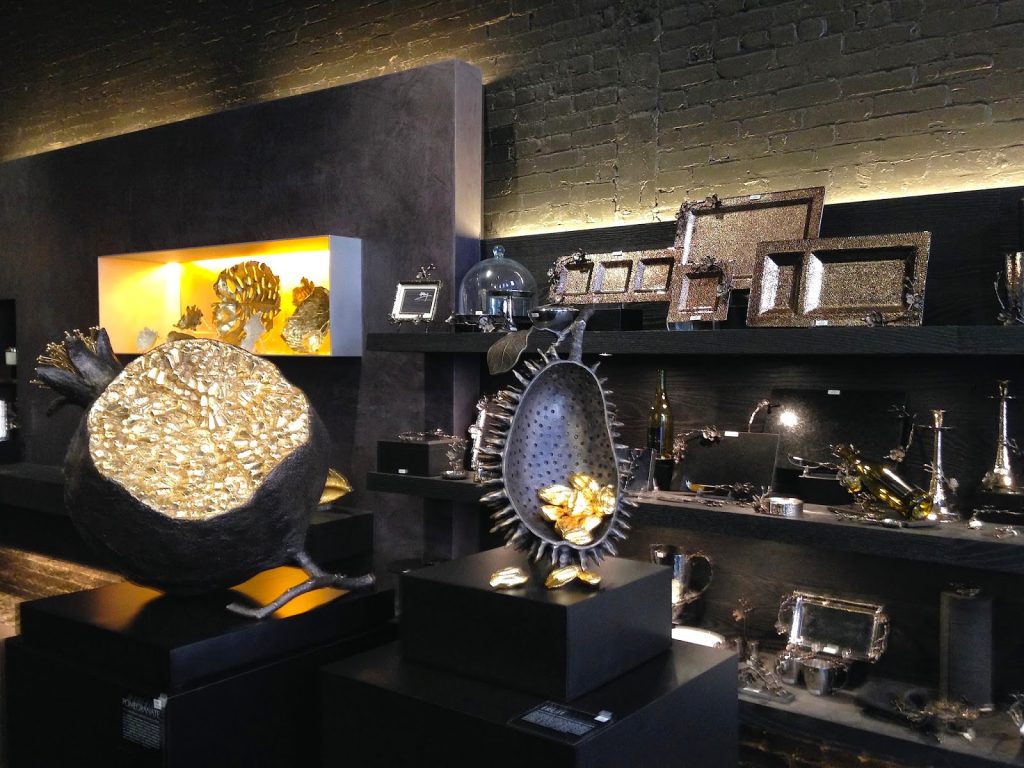 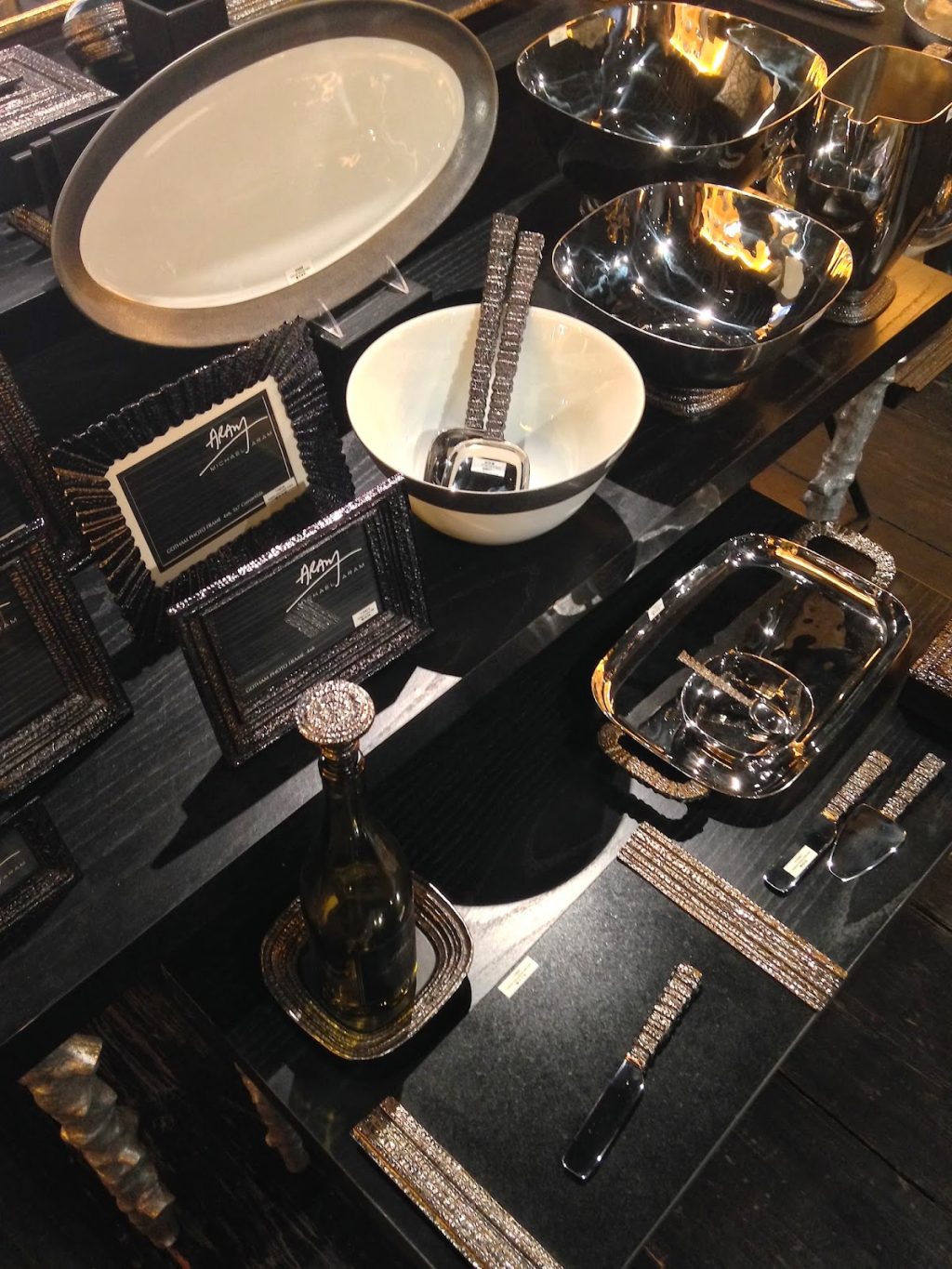 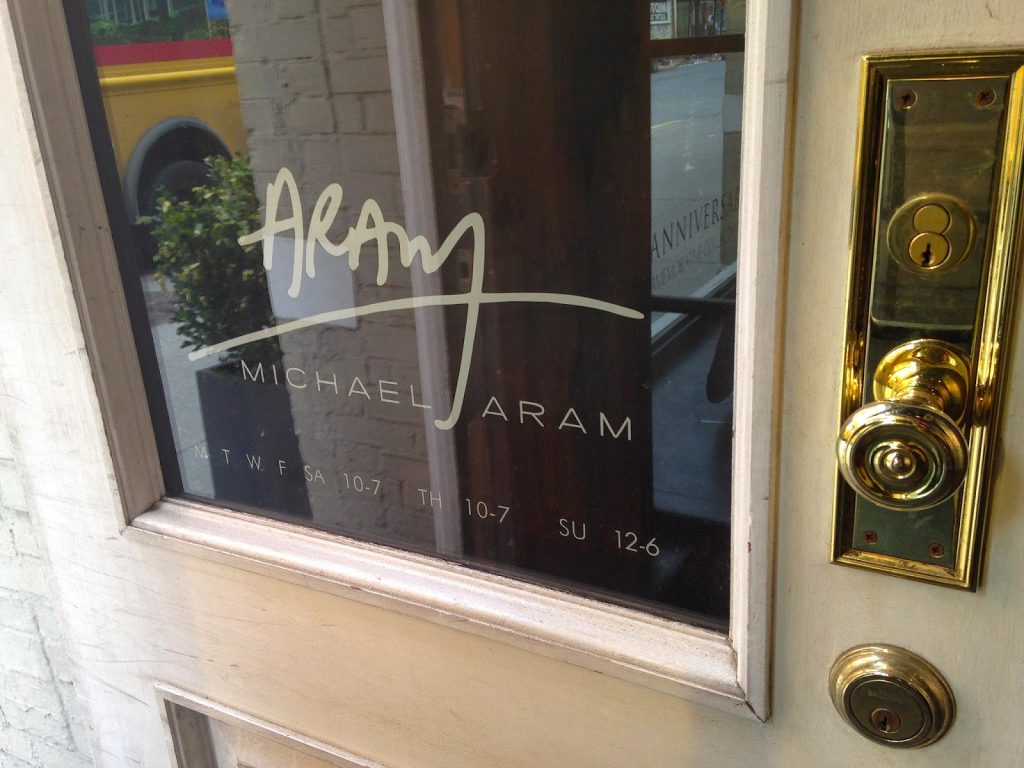