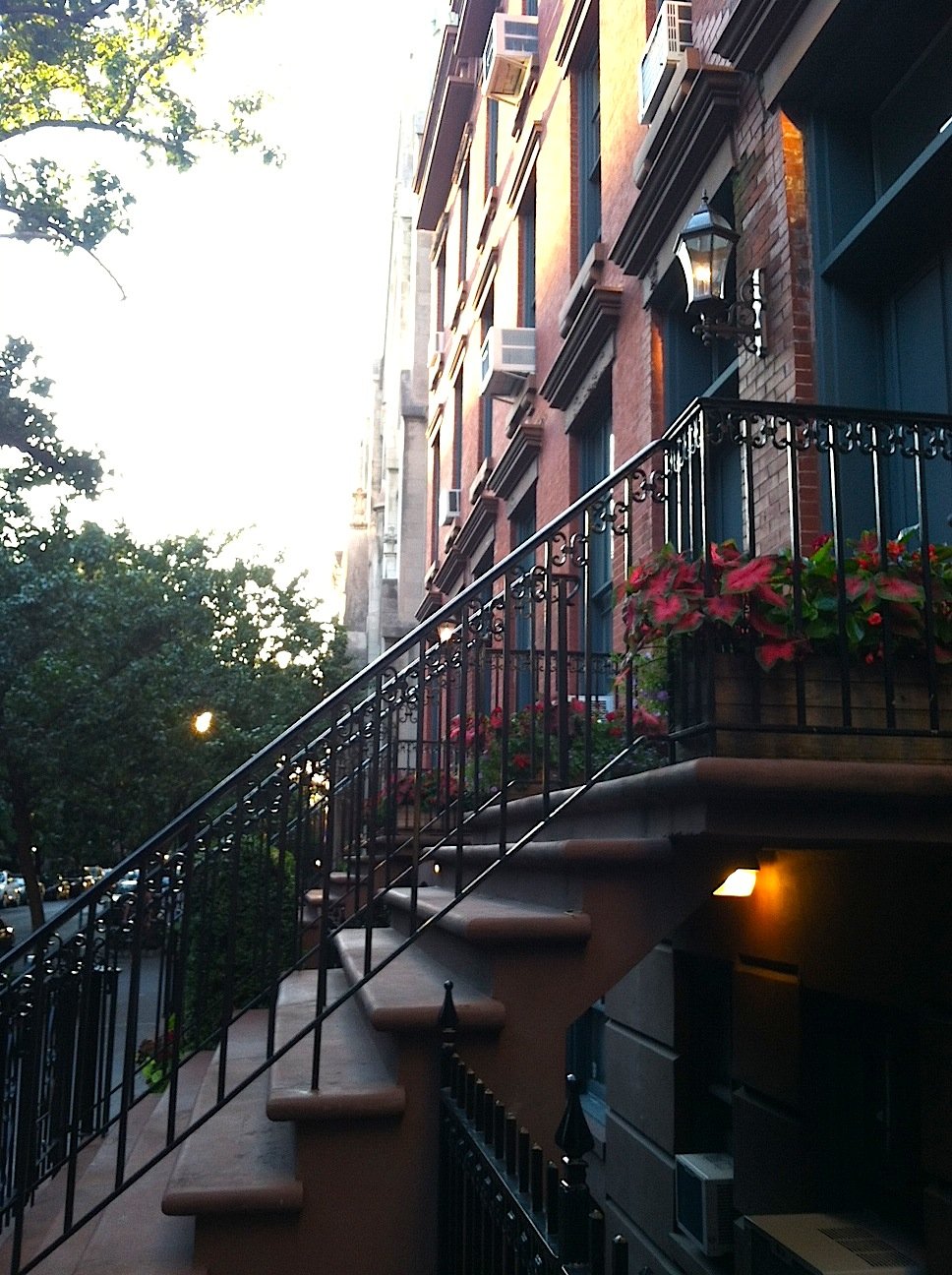 Several years ago while searching for the apartment for less than one million dollars in every neighborhood in Manhattan but the Upper West Side, I received a few friendly words of advice. For multiple reasons, in my mind there was little possibility that I’d ever live anywhere between Columbus Circle and Columbia University. Commute was a consideration, but my heart was set on a brownstone south of 23rd Street. Dreams can come true, but not this go-around.

Interior Designer and colleague Michael Rosenberg sat next to me at a work event one evening. We shared hours of conversation with bottomless glasses of red wine. We discussed countless topics including life in New York, real estate, and people. We had our share of laughs that night too.

He asked me how I liked living in New York City. Of course, I told him that I loved it, but there was one small detail that had not yet been worked out. After just over a year, I’d not made any friends. Michael seemed less than concerned about my lack of relationships since moving here. He said, in NYC,  it takes time to meet and connect with people. According to him, eventually, I would find some of the most loyal friends, and I’d keep them for the rest of my life. Hoping this would happen, I held onto that thought.

During this work event, I was supposed to be the pro-salesperson, but on this particular night, I was getting the pitch. As a New Yorker for several decades, Michael knew the city well. In addition to reassuring my future friendships, he explained the reasons why I should consider living in the Upper West Side. Arty and liberal, with writers, professors, artists, and performers, he thought I’d fit in.

When making a strong argument for Chelsea and the Village, I explained how I didn’t want to be classified as old, dull, and boring, and found downtown more exciting for the restaurants alone. Michael responded,”If you want to eat at a restaurant in the Village, then you take the train downtown for dinner. It’s less than thirty minutes.” Since that night, this line is permanently embedded in my brain.

After several hours of almost persuasion while dining at the famous Four Seasons restaurant in midtown, I thought it might not be a bad idea to at least poke around this area of town. So, Mike and I did. For weeks and weeks, we scoured and easily came to the conclusion that the UWS would be the best choice for us. Old, dull, and boring, or not, it’s beautiful, comfortable, and easy to live in. The neighborhood is also less crowded than other areas of the city, and quieter on most streets.

Even today, as I sit in my eighth floor prewar abode facing 89th Street, I often remember all of the apartments that were possibilities. There were one or two that got away, but even with a city of endless choices in real estate, I have no regrets.

I also think about my handful of great friends who I love dearly, just three-plus years since that evening at the Four Seasons when I sat next to Michael Rosenberg. He is one smart man. Now all I can say is “Thanks, Michael….you were right.”

« Eating in NYC: Take it Out
A Fast Five Weeks in Long Island »