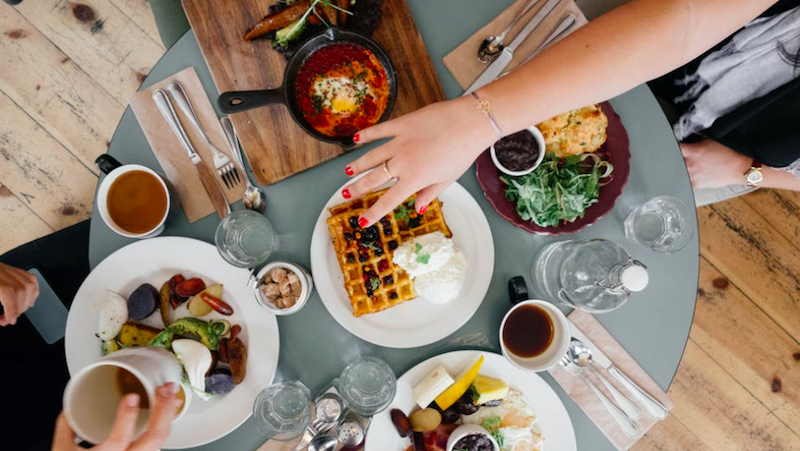 New York City is home to some of the tastiest, creative, and photogenic dishes in the country. Although it took me a while to warm up to the idea of photographing my food around the city, I eventually caved – too many drinks and nibbles here look just as amazing as they taste. It was difficult to narrow it down (side note: never look at food pics when you’re hungry), but here’s a selection of the most Instagram-worthy food and drink in NYC.

Ice cream creations from Ice and Vice
Think “mad scientist meets gourmet ice cream,” and you have Ice and Vice. As an ice cream fanatic, I quickly fell in love with this place after trying their shaved ice sundae at Madison Square Eats. With a changing menu of experimental flavors like “Blood Sisters” (salted chocolate and burnt blood orange sorbet) and mainstays like “Milk Money” (toasted milk ice cream, sea salt, and chocolate ganache), Ice and Vice takes their sundae presentations to the next level. The towers of scoops and ice cream sandwiches are insane. (Photo via their Instagram.) 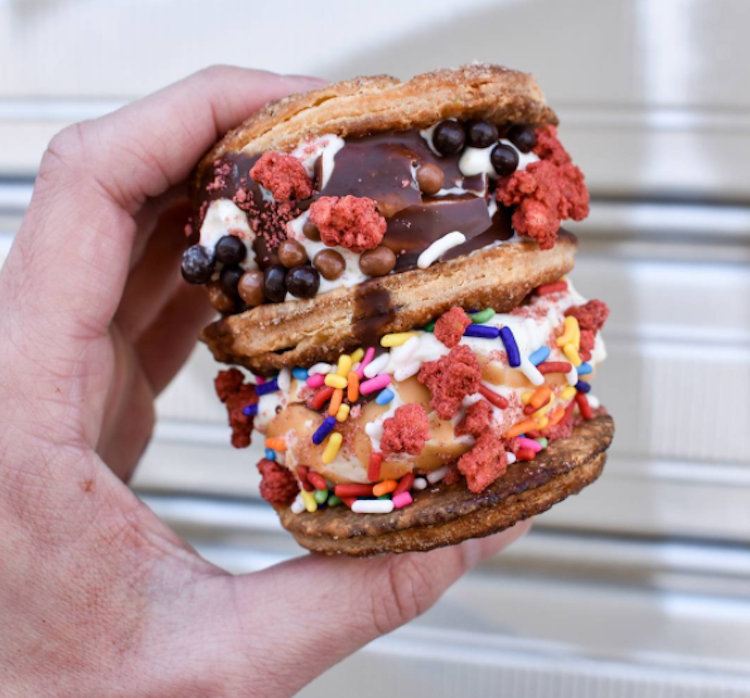 Melted cheese at Raclette
I first heard about the wonders of raclette ten years ago, when my friend Anisa mentioned having this dish often while living in Switzerland. Now that it’s available in NYC, it’s impossible not to ogle at the generous scrapings of melted cheese pouring over a plateful of potatoes, veggies and meat. (Photo via Raclette.) 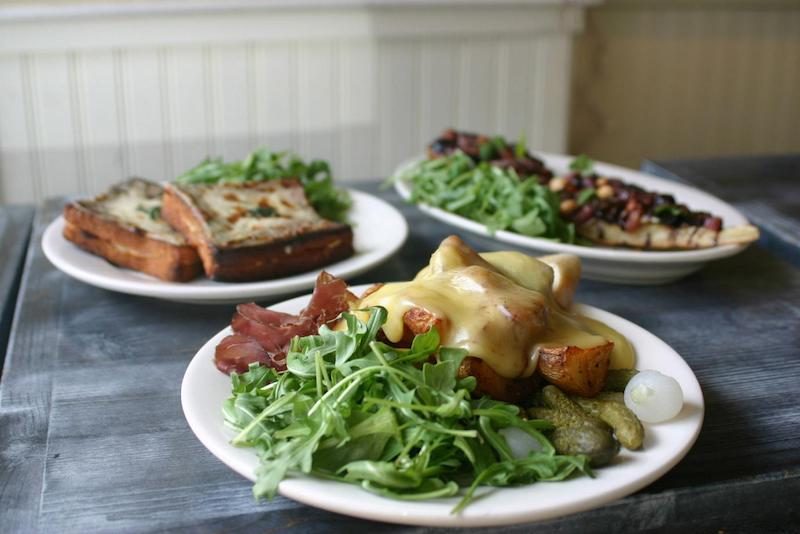 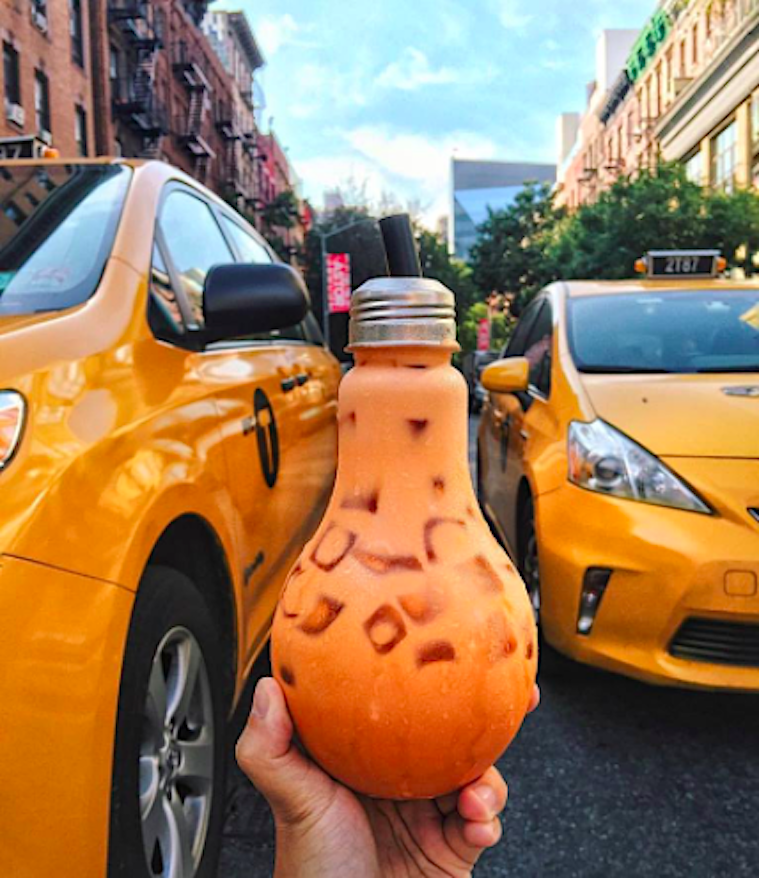 Milkshakes at Black Tap
Black Tap milkshakes have got to be one of the most photographed NYC eats on Instagram. I can’t tell you how they taste, but they definitely make for an impressive display. (Photo via Facebook.) 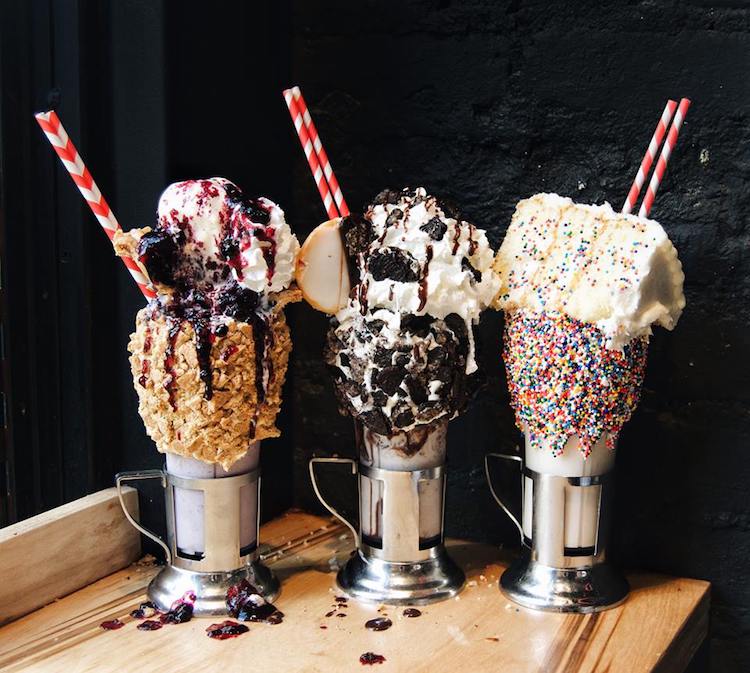 Admittedly, this place is a bit touristy. But their 60-ounce cocktails, served in enormous goblets with dry ice steaming out, are too photo-worthy to ignore. (Photo by Lisa B. via Yelp.) 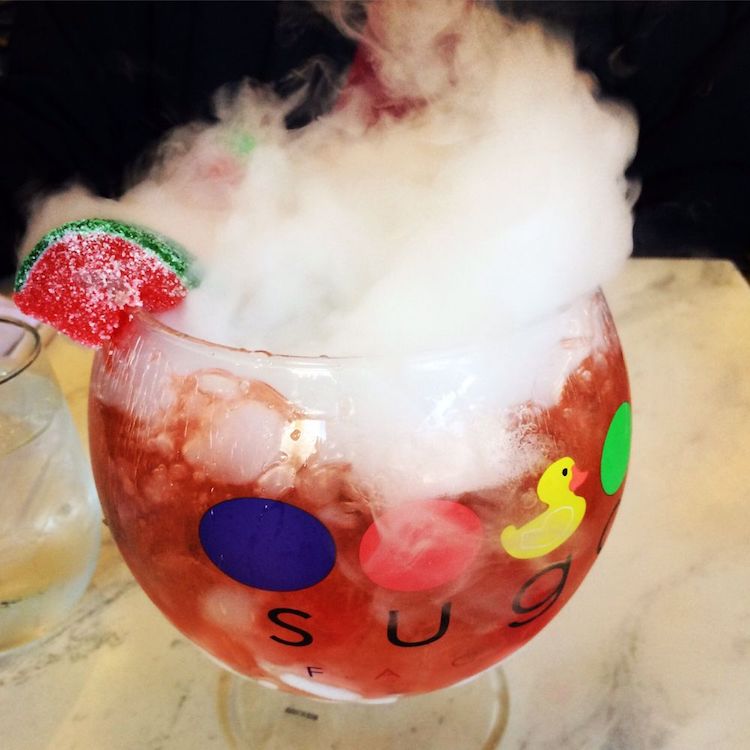 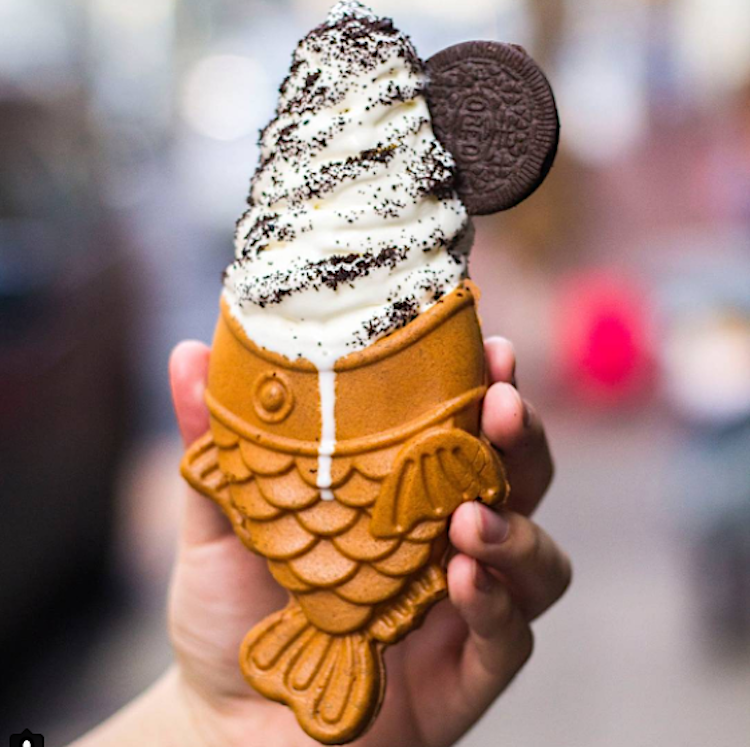 Tacos from Jicama “California Street Food”
It may be “California street food,” but New Yorkers love taco Tuesdays just as much as anyone else. The tacos at Jicama are some of the most photo-worthy dishes I’ve come across in NYC, and the bright pops of color from pickled purple cabbage and fresh cilantro look fantastic. Oh, and they’re delicious. I recommend the tacos. (Photo via Jicama NYC.) 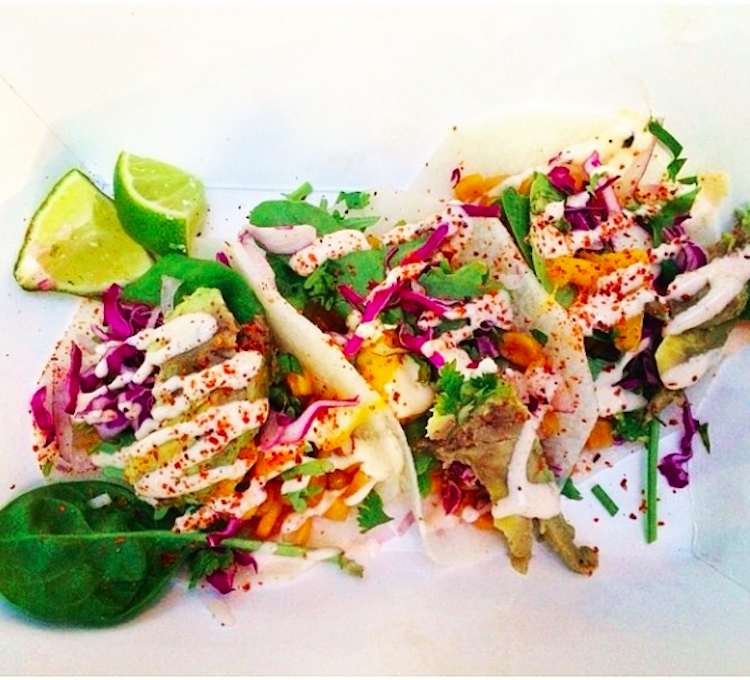 Of course, no NYC food list would be complete without pizza. Is there anything more “New York” than a wood-fired pizza, straight from the oven? Full disclosure: I’m mentioning Roberta’s, but the city is packed with photo-worthy pies, and every local has his or her favorite. Personally, I’ve never seen a pizza that didn’t look good enough to eat. (Photo via Facebook.) 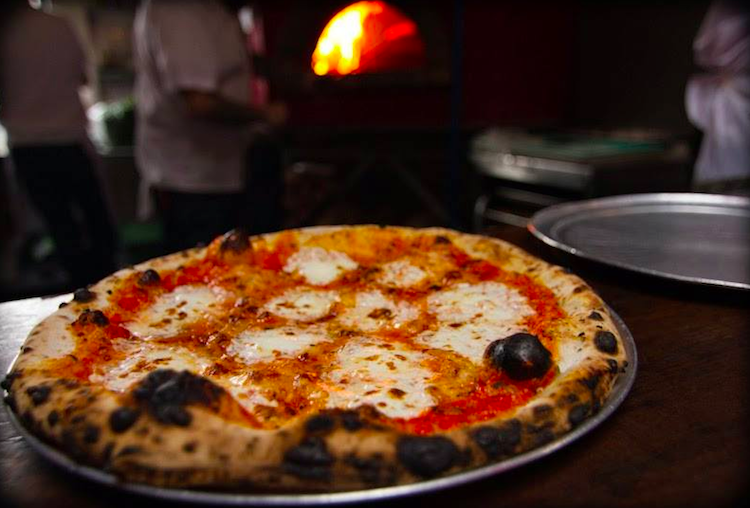 Also, the best types of Instagram photos to take in NYC, and where to find the best ramen, and great New York breakfast spots.