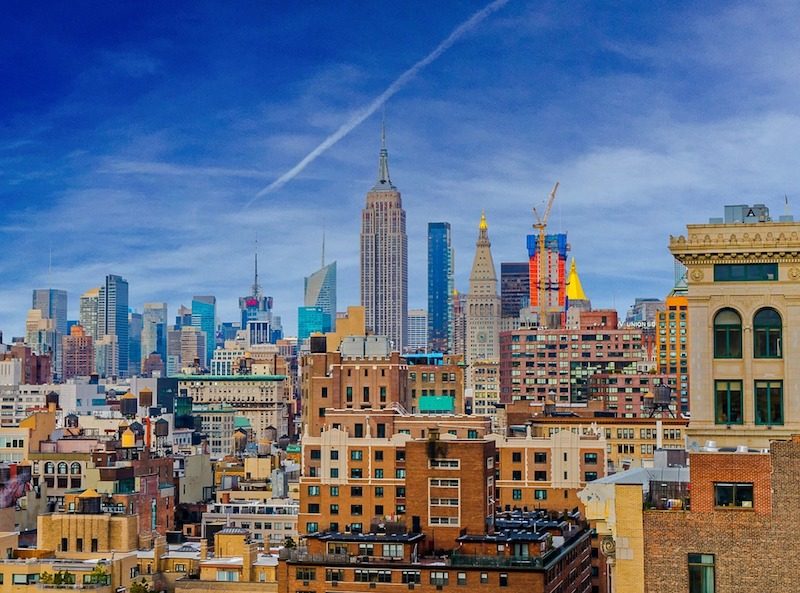 I’m not sure how I feel about this new New York, let alone the skyline that’s morphed in the blink of an eye.  I know that’s not the case, since buildings, especially skyscrapers, take years to plan and construct. But the city’s new silhouette has arrived, and I’m not happy about it. Yes, new towers have been cropping up for a while now – the construction boom is on. But at some point over the past year or so, the view of the New York skyline from outside the Lincoln Tunnel changed. The Empire State Building, which has long been the focal point because of its central location and the majestic spire reaching for the stars, is not even in the picture. Yes, you read my words correctly. The Empire State Building is no longer visible as you approach the Lincoln Tunnel. (Sigh.)

I began riding the bus from Pennsylvania to New York when I was 12 years old, and I’ve traveled through that tunnel countless times. On every single trip, even those I’ve taken this year, I’ve looked forward to catching a glimpse of that masterpiece: the Manhattan skyline. That is until a few months back when I noticed that the horizon had changed dramatically, and a stranger had replaced the skyline I knew and loved. 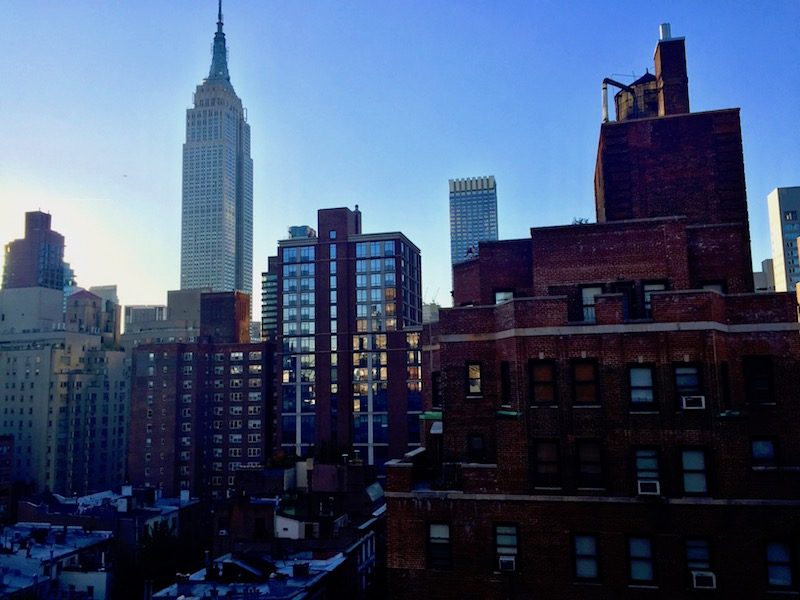 I guess I’ve always assumed that the view would be permanent and remain constant in a city that changes on a dime. To be honest, it was my favorite perspective to view and appreciate the New York skyline. I could see four timeless elements: the Empire State Building, the Chrysler Building, the New Yorker Hotel, and the Twin Towers, all in one quick glance as the bus glided by. Of course, in 2001, that view was altered for good, but One World Trade is a striking replacement. I, like many New Yorkers, have adjusted.

Never did the thought cross my mind that Manhattan would begin to look like a different city 10 years after I moved here. I’m lamenting, but I’m still in shock about it. And sad. 🙁 I don’t think I’ll adjust to the new New York skyline, so I’ll keep gazing at photos of the way the city used to look. That will have to do. 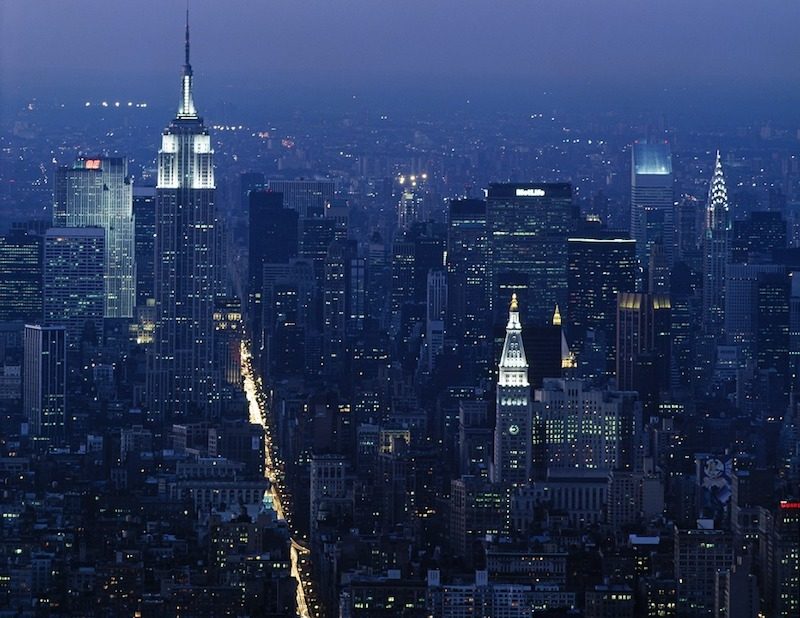 What are your thoughts on the “new” New York skyline?

Here’s an in-depth article about the new buildings that are changing the New York skyline.

And you do not want to miss these iconic buildings when you visit NYC. Plus, it’s no secret, New York is my city.

And, you must read this beautiful essay by writer Pete Hamill.

“We New Yorkers know that we live in a dynamic city, always changing, evolving, building. Sometimes for the better, sometimes not. The city’s enduring slogan could be: Get on with it, my friend.”–Pete Hamill

« Splurge or Save: Stylish Passport Covers
Getting Out of New York »