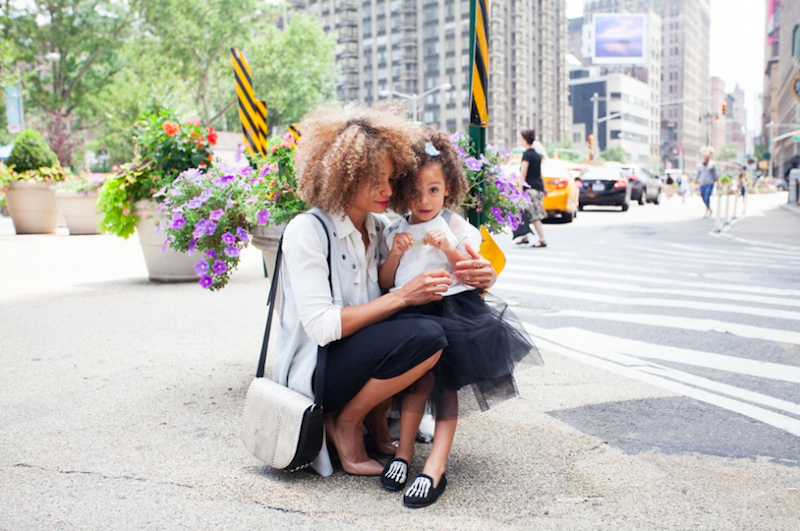 New York City has long been America’s fashion capital, ranking high with European cities like London, Paris, and Milan. For current trends, many designers say one of the best sources of artistic inspiration comes from years past, and New York City fashion history is chock-full of legendary moments that inspire today’s fashionistas. Let’s take a look at New York fashion through the decades.

It’s no coincidence that some of the best fashion periods took place during dramatic political, social, and economic change. During the 1910s, just after the Edwardian Era, New York was at the forefront of modern clothing in the U.S. With imports from Europe being slowed by the first World War, American women started creating their own style by loosening their dresses and raising their hems, allowing for more movement. (How else would the suffragettes have been able to march and protest in NYC’s 1912 parade?) Women’s fashion from 1910-1920 was perceived as daring and rebellious (as you can see below with the large, statement hats), which is why it’s such a significant part of fashion history. 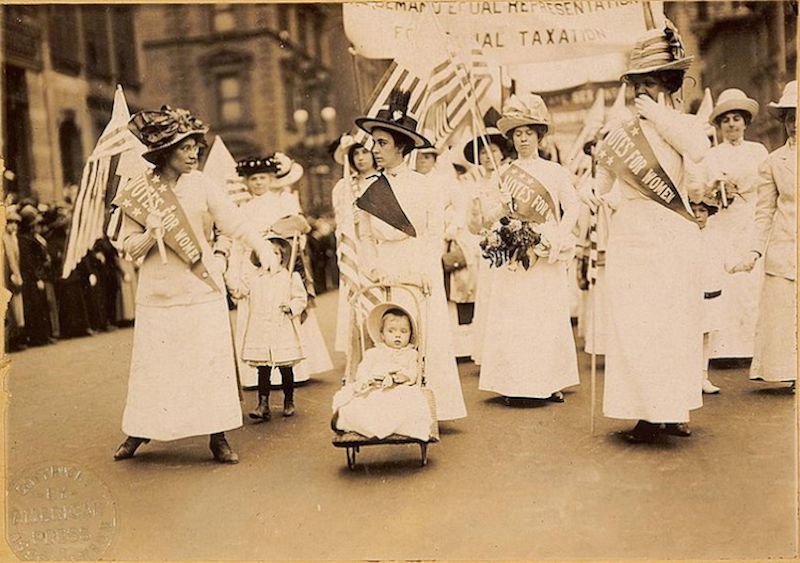 Cue the flappers! Bobbed hair, straight dresses, and long strands of swinging necklaces were all the rage during the Prohibition era. This was also the first time that fashion wasn’t reserved for the upper class – that is, stylish clothing was also made affordable for middle-class ladies and gents. The roaring twenties was definitely one of NYC’s most glamorous decades; and even back then, Gotham was known as the place to be for nightlife. Fortunately, some of the original speakeasies are still around today in case you want to pretend you’re part of the swanky 1920s crowd.

The post-WWII era was a beautiful, yet complicated decade for women’s fashion in NYC. To summarize, the 1950s was a juxtaposition between accentuating the waist (especially with gorgeous cocktail dresses), hiding one’s curves (via the sack dress), using excess fabric to create the perfect hourglass figure, and dressing to attract a man or please one’s husband. Marilyn Monroe’s famous subway scene in The Seven Year Itch made for a sexy fashion statement, while Hermes launched the first “it” bag in honor of Grace Kelly (the Kelly bag).

The ‘Swinging Sixties’ may have taken the country by storm with its British Invasion; but in New York City, it was all about the 1970s. Bell-bottoms and Halston designs were everywhere, Diane Von Furstenberg released her iconic wrap dress, and NYC’s legendary Studio 54 was frequented by a star-studded crowd including Andy Warhol, Elizabeth Taylor, and Yves Saint Laurent. Movies such as Saturday Night Fever, Shaft, and Foxy Brown are also representative of how Gotham’s fashion scene during the 1970s was sexy, edgy, playful, and all about partying.

Although crime was at an all-time high during the 1980s, many consider the eighties to be NYC’s most epic era. It was a decade of grit, grime, danger, and neon-colored leg warmers. Madonna’s black, lace bras, bustiers, tiered ruffles and petticoat-style skirts reigned supreme, while Cyndi Lauper fans were running around with teased hair, off-shoulder party dresses, and combat boots. We may make fun of the hair and clothing from this particular decade, but there’s a reason why today’s designers still use the eighties as a source of inspiration. It was the golden age for urban rebels, and fashion’s mantra was somewhere along the lines of “anything goes.”

Rounding out the century, we can’t forget about New York City during the 1990s – not just because it’s a decade us nineties kids can relate to, but because fashion was a huge mix of different pop culture aspects. Some were inspired by rave culture (neon colors, glow necklaces, and Spice Girl-looking outfits), some preferred the grunge look (ripped jeans and baby tees), and others were influenced by the commercialism of East Coast hip-hop (gold chains, designer sneakers, and labels like FUBU). In essence, urban streetwear truly came into fruition during this time.

A certain TV show also launched in 1998 that would take over as the ultimate source of luxury fashion and everything fabulous – Sex and the City. With Carrie, Samantha, Miranda, and Charlotte strutting around NYC in the latest designer duds (plus, some interesting ensembles Carrie would throw together), these four women reignited people’s passion for fashion, innovation, and style.

Suffragette photo from the US Library of Congress. Marilyn Monroe and Madonna photos from Wikipedia. Sex and the City photo from Facebook.

Also, fashionable New Yorkers. And how to spot a New York City fashionista.