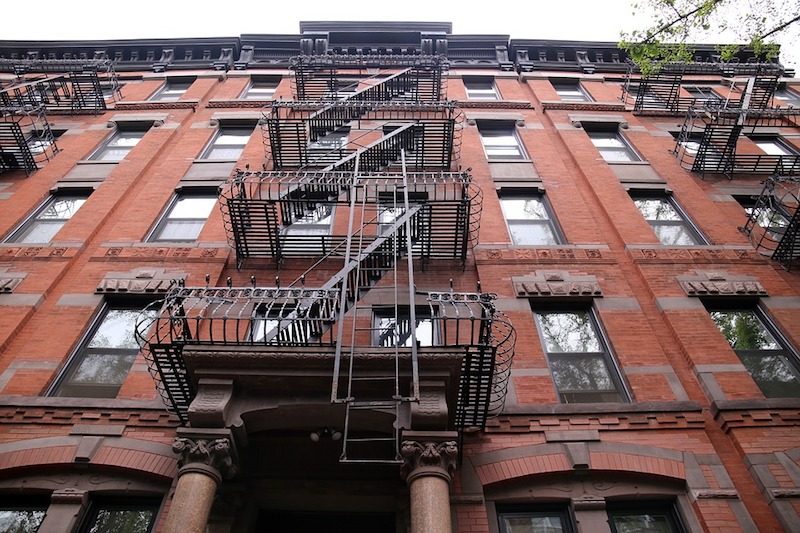 Moving in New York City – I did it eight years ago. A simple migration straight across town from 94th on the Upper East Side to 89th on the Upper West Side was all I had to do – shouldn’t be a big deal, right? Wrong. Moving in New York City is a big deal, and it’s also a hassle. The logistics of loading and unloading elevators, tight spaces in apartments and halls, time constraints and schedules, and building rules make moving in NYC more challenging than most other places. What’s more, a simple move across town can end in disaster. So before you uproot your modest Manhattan apartment for that sprawling new pad in Queens, pay close attention to these tips for moving in NYC.

I don’t recommend trying to move on your own unless you have little to move (like a few boxes). Be sure to hire someone who knows how to move from apartment to apartment in New York City. I made the mistake of hiring a guy who specialized in moving antiques and art rather than entire apartments. We had a three-hour window to move out of our building (another move was scheduled after ours, so they needed the elevator), and since we exceeded our allotted block of time, we ended up loading the rest of our things in our SUV, and a few friends pitched in so we could finish the move (in multiple trips). Not so fun. I swore that next time I would hire the right moving company no matter where I was moving to, but especially if I was moving in New York City.

How do you hire the right mover? Check with friends and family. Read reviews.  Brooklyn-based Green City Movers offers quality moving services at affordable prices. The team started with a single truck in Brooklyn, but has grown and now performs residential and commercial moves in the NYC area, as well as long-distance moves outside New York. Customer service is a high priority for these guys  – they won the Angie’s Super Service Award in 2016 – so with Green City Movers, you can expect experienced, dedicated movers that take the stress out of moving. In reality, a good moving company should make moving day less stressful, if not painless. Moving in New York City? Get a quick quote through their website. 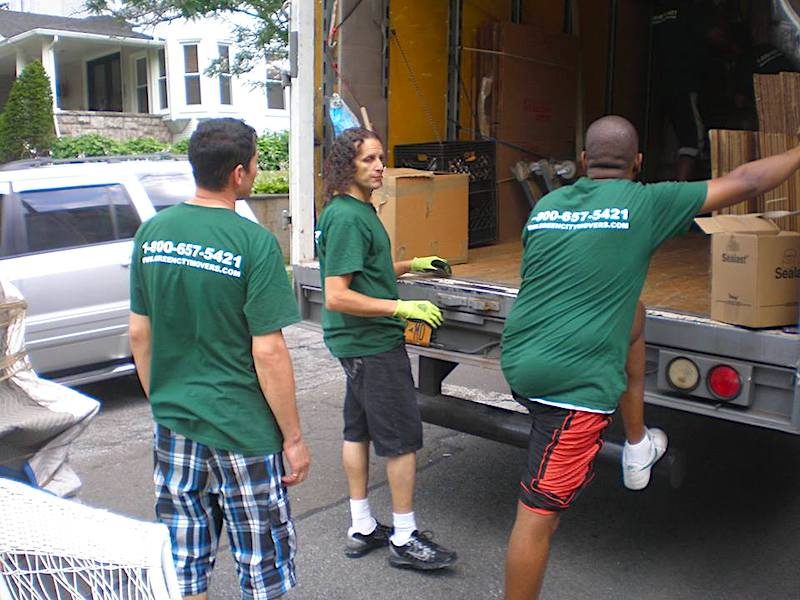 Hit liquor stores, grocery stores, and other local shops for boxes. Check the trash and recycling in your apartment building too. (Ask your super.) Start gathering supplies at least a month in advance. Use trash bags for clothing and soft goods.

Block out a big enough window of time.

Whatever amount of time you estimate for moving in New York City, double that time to be on the safe side. And know that if you live in an elevator building and you’re moving out at the end of the month, other people will be moving too, which is why sticking to the schedule is uber-important. If you have a lot of stuff, talk to your super ahead of time and let him know that you might need an extra hour or so to get all of your belongings out of the apartment.

Triple check dimensions of your elevator, halls, and doorways. Make sure there’s enough space to get that sofa into your apartment. Otherwise, you’ll need to contact Dr. Sofa to cut your sofa in half and put it back together. Yes, this really happens when people are moving in NYC.

Prep your new pad as much as you can.

Try and clean, paint rooms, hook up utilities and Wi-Fi in advance if you can. You’ll have enough on your plate once you move in. Plus, you’ll need access to Seamless delivery. 🙂

Sell miscellaneous items on Craigslist before you move. Why pay to move something that you don’t have space for, or plan to use? List those items for sale and make a little cash to help pay for moving expenses.

Aim to move mid-month if possible.

You’ll avoid the end of the month or first of the month mad dash to move in or out if you schedule your move on the 15th. Do it if you can. You’ll thank me later.

Hit up your friends for help.

Even if you hire a moving service to move your belongings from one apartment to another, friends are great for helping you pack or listening to you vent about what a hassle moving is. Say “thanks” with pizza and wine, and know that one day, you’ll have to return the favor.

Now that you’re all moved in, enjoy that new apartment! 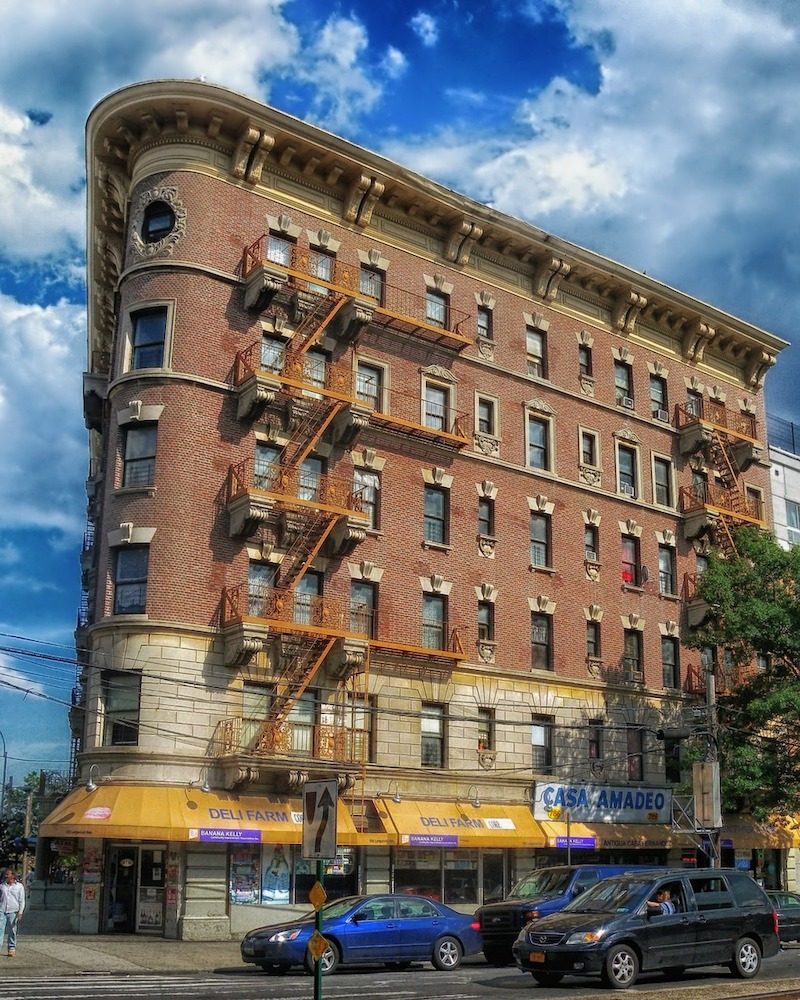 This post is sponsored by Green City Movers, but every word I’ve written is mine. Thank you for supporting the brands that support this blog.

Also, my guide to renting an apartment in New York City, and what twenty-somethings expect when moving to New York City vs. what it’s really like.