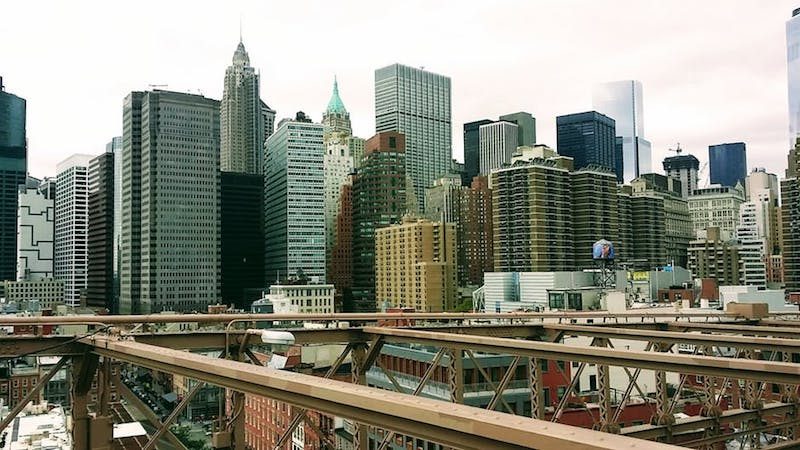 This city is the focus of countless chart-topping tunes. I can’t single out one as my ultimate favorite, but I was able to narrow the list to ten that I think are perfect songs about New York City. Being a songwriter, I thought it was important to choose tracks that portrayed all aspects of life in the city, both good and bad – so here they are, in no particular order.

“Even if it ain’t all it seems, I got a pocketful of dreams… New York… Concrete jungle where dreams are made of, there’s nothing you can’t do.”

Not to shun Jay-Z, but I love Alicia’s solo version of the original. Also, I can’t think of a better metaphor for NYC than “concrete jungle.”

“Autumn in New York, why does it seem so inviting?”

Autumn is a beautiful time of year in the city, and this song paints the perfect image of its atmosphere. 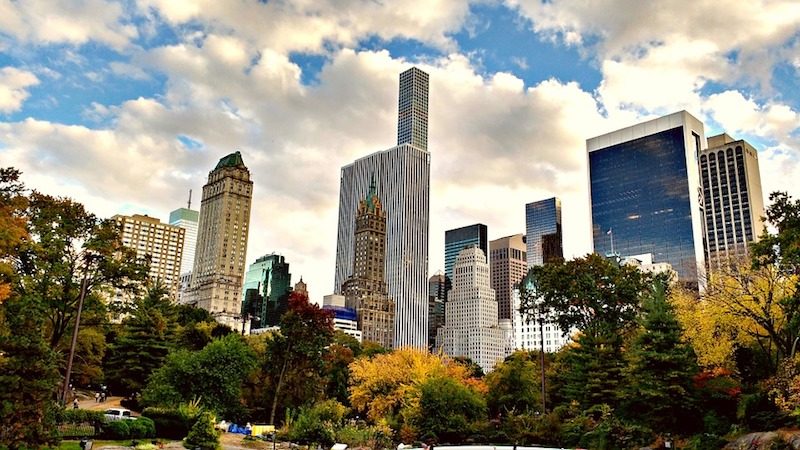 “It’s midnight in Manhattan, this is no time to get cute. It’s a mad dog’s promenade. So walk tall, or baby, don’t walk at all.”

I love The Boss’s take on New York living. Yes – to live here, you absolutely have to be tough.

“Don’t push me ‘cause I’m close to the edge. I’m trying not to lose my head.”

Ah… the good old days, when hip-hop was chock-full of relevant social messages and offered food for thought. Not only does this song have one of the most recognizable hooks in hip-hop history, but it also represents the struggle of living in NYC’s ghetto. Even today, it’s a great reminder that the glitz and glamour of the city isn’t the reality for a large portion of its population.

“They say that I won’t last too long on Broadway. I’ll catch a Greyhound bus for home, they all say. But they’re dead wrong, I know they are. ‘Cause I can play this here guitar. And I won’t quit till I’m a star on Broadway.”

This song has a special place in my heart because I sang it with my jazz choir in high school (foreshadowing, much?). These lyrics are relatable to anyone who’s moved to New York City to pursue his or her dreams. 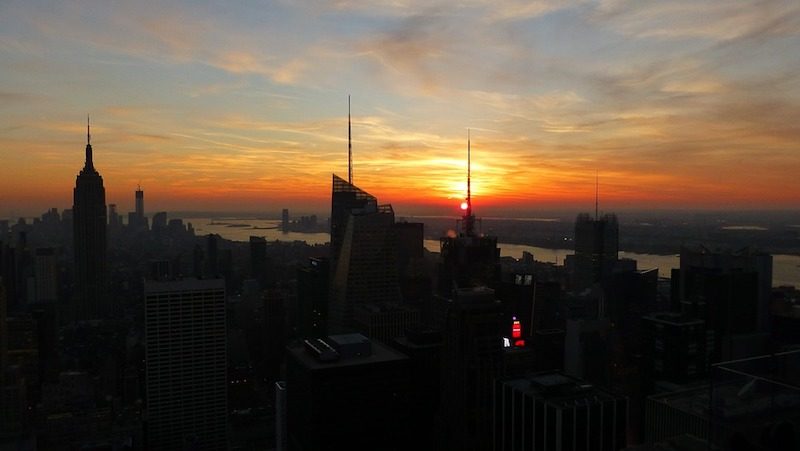 “Will I see you tonight? On a downtown train. Where every night is just the same.”

People have different views about what this song really means – ranging from unrequited love to a stalker – but I think it represents the yearning for a deep, human connection that a lot of us experience while living here. Sure, you’re never “truly” alone in NYC, but that doesn’t negate the fact that this city can feel like the loneliest place on earth.

“My Bed-Stuy flow’s malicious, delicious. F*ck three wishes made my road to riches.”

There’s no way I could have a top 10 list about important NYC songs without including Jay-Z and Notorious B.I.G. (Rest in peace, Biggie.) To me, Brooklyn’s Finest symbolizes a change in the rap game, when hip-hop artists crossed over from underground to commercial success. Both Jay and Biggie’s flows are on point in this track – but I don’t recommend playing it for the kids at bedtime.

“Been high in the Rockies under the evergreens. But I know what I’m needing, and I don’t want to waste more time. I’m in a New York state of mind.”

I can’t hear this song without thinking about that scene in Sex and the City, when Mr. Big was listening to this song, depressed and sitting in his car. But it does show how, even though New York isn’t always the easiest or prettiest place to live, some people can’t help but want to be here.

“Cash rules everything around me. Dolla dolla bill, y’all!”

This song isn’t about having cash for the sake of it, but rather for basic survival. Unfortunately, the importance of having money is magnified in NYC, and those without it are constantly being pushed out or experience increasing financial struggles (cue gentrification).

“If I can make it there, I’ll make it anywhere.”

Obviously, this list wouldn’t be complete without Frank Sinatra. This track still blasts in Times Square every New Year’s Eve and continues to be the most iconic song about New York City.

Do you have any favorite songs about New York City?


Also a playlist for a New York commute. Plus, a New York video premiere.

And love songs on the subway.