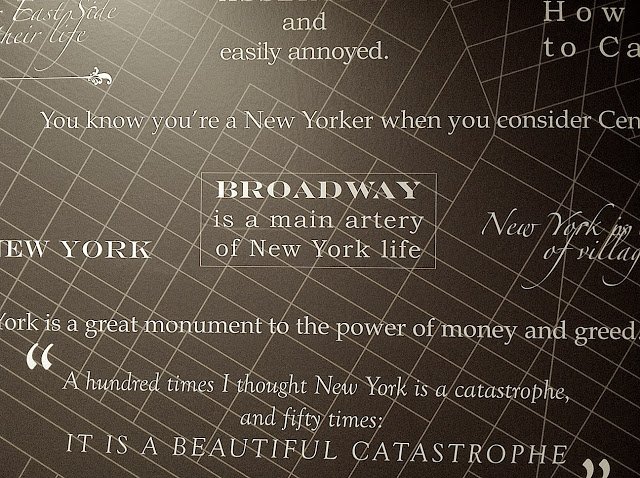 It’s not often that I discover inspiration in a public bathroom in New York City. Actually, I’d say that it’s quite the opposite. Tuesday night was a different scenario though — I found myself photographing the walls of a hotel restroom and I had to share my unexpected findings on the blog.
After happy hour at Gastro Bar with fellow blogger, Nubia Duvall-Wilson, featured on Tracy’s New York Life earlier this week, I was pleasantly surprised when I entered the ladies’ room off the lobby in the Tryp Hotel. (If you plan on visiting, Gastro is located just to the left of the lobby and doesn’t seemed to have any signage visible on 35th Street.) 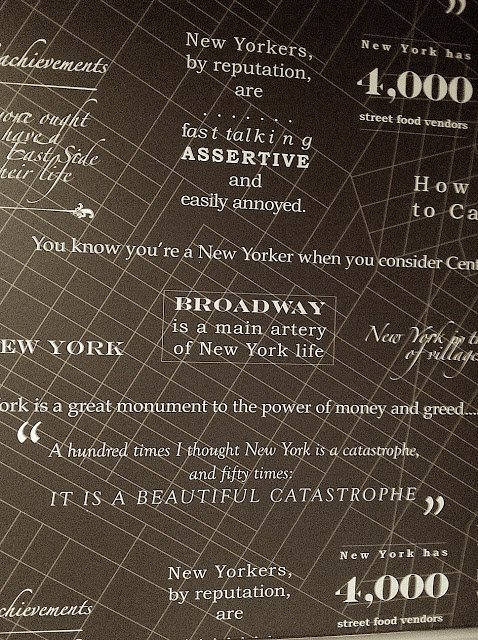 The walls were covered with printed New York facts and sayings — some I’d heard before and some I didn’t recognize. I found myself wanting to read the musings slowly and perhaps even two or three times, trying to reaffirm each quotee. I knew that I wouldn’t remember the entire lot, so I photographed them. Soon I realized — I was keeping my friend waiting and anyone else in the queue outside the restroom — so I snapped hastily at the walls in front of me and exited. 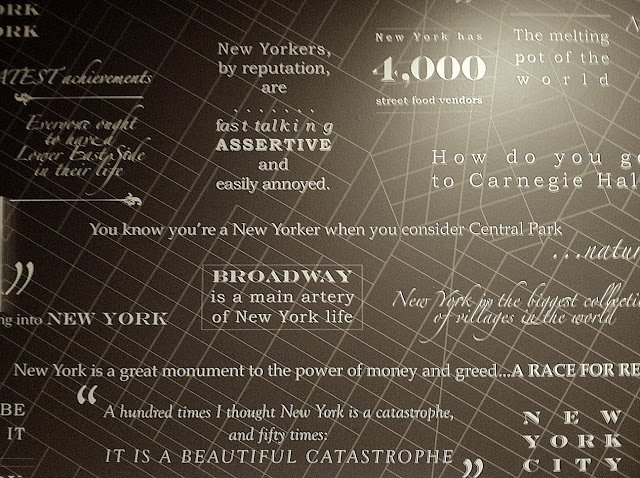 After my express photo shoot, Nubia and I made our way east to Penn Station and passed a favorite landmark that I’d never seen from this particular angle at night. Viewed from afar in many typical NYC skyline shots, it was a treat to look at the New Yorker Hotel — up close and personal.

After taking in such thought-provoking quotes, it only made sense to grab one more photo as I gazed at the Empire State Building in the rain. I didn’t care much that it was raining, either.

You’ll recognize most of the dozen sayings that I found on those bathroom walls the other night.  I hope you enjoy them as much as I did.

3. “You know you’re a New Yorker when you consider Central Park nature.” -Anonymous

4. “A hundred times I thought New York is a catastrophe, and fifty times: It is a beautiful catastrophe.” -Le Corbusier

6. “New York is a great monument to the power of money and greed… a race for rent.”
-Frank Lloyd Wright

7. “New York is the biggest collection of villages in the world.” -Alistair Cooke

8. “Everybody ought to have a Lower East Side in their life.”  -Irving Berlin

9. “Each man reads his own meaning into New York.” -Meyer Burger

What is New York to you?

« Touring Little Ireland and Little Italy in the Bronx
Jazz It Up at the Louis Armstrong Museum in Corona, Queens »