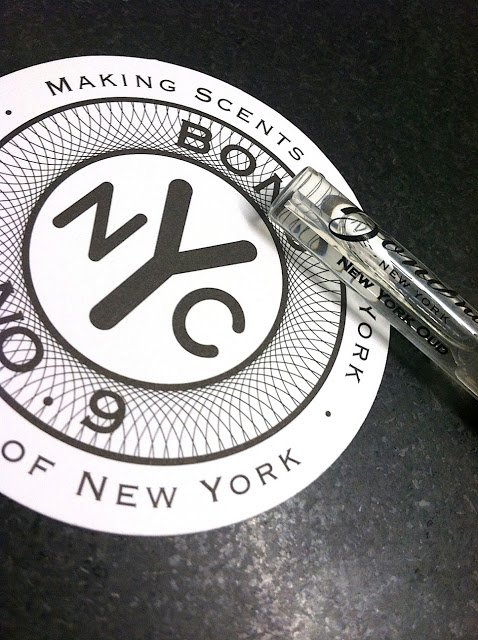 “It’s about time you’ve lost your Bond No. 9 virginity,” he said seriously. Then he giggled.
Fashion, luxury and organizing expert Scott McCulley lured me into the chic boutique, in my fashion backward state on Saturday. According to him, my Madras Bermudas, racer-back tank top and Brooks running shoes were ‘New York Chic’ and appropriate for the weather and our five-mile walk from the Upper East Side to the South Street Seaport. Still, I typically don’t do boutiques without eyeliner and heels. At least I was wearing lipstick.

I had no idea what I was getting into when I entered the trendy, NYC shop. Bond No. 9 New York is a downtown fragrance destination. Although the containers of Eau de whatever smell unique and sexy, the bottles themselves are like works of art. Let’s just say this is not a place to visit while walking the island of Manhattan in high humidity. It’s slightly upscale. (It’s actually extremely upscale.)

Each fragrance bears the name of a New York area in Uptown, Downtown, or Midtown –– such as Park Avenue, Riverside Drive or Bleecker. Beaches are also among the choices. Mixing different areas are strongly encouraged. That’s the diversity of NYC for you!

After sniffing and sampling bottle after bottle, I walked out with two samples of New York Oud. I’m trying out the tiny vials, but not sold on this perfume yet. I liked almost every smell, so I may need to make a return trip until I choose my signature.

Next time, I’ll be dressed and styled appropriately, with Scott (who knows every name of every fragrance Bond makes!) on my arm. Which is my scent? Will it be Brooklyn, Madison Square Park, or Chelsea Flowers? Not sure yet, but it could be the least obvious. Chinatown never smelled so good.