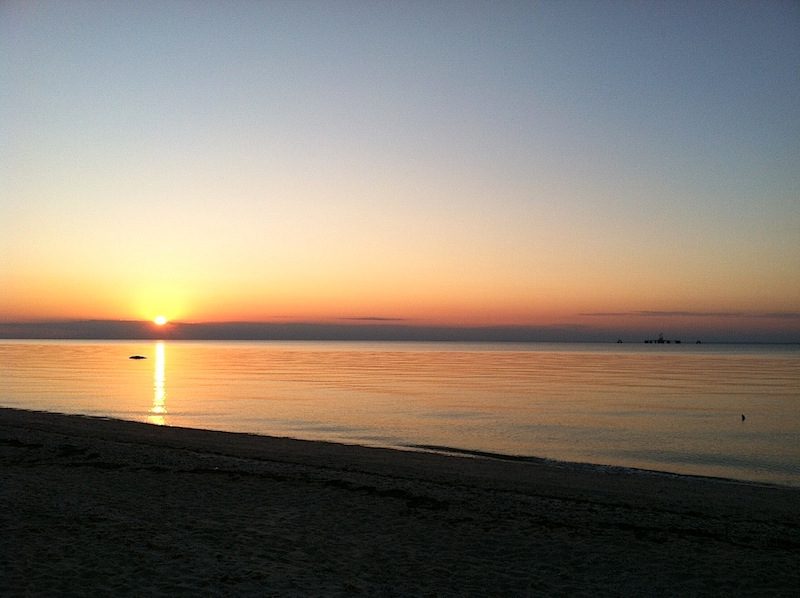 “Let’s go and see what it’s like.” Those were my words back in 2010, and I’m really glad that with a bit of prodding, my husband Mike agreed to take that drive 80 miles east. When I said “it,” I was referring to the North Fork of Long Island, and not the South Fork or Hamptons, also the land of sugar-sand beaches, Mercedes convertibles, and seersucker pants. Though certain pockets of the Hamptons are more laid back and don’t require a flat iron, clean shave, or red-soled stilettos for a night out on the town, the see-and-be-seen beach destination can be more exhausting than it is decompressing. And when I leave Manhattan, I opt for a change of scenery – and that scene is not at all like NYC.

The North Fork sounds more like an eatery than a wine or coastal region. Up until the past five years, give or take, few New Yorkers made the trip to the more casual Hamptons neighbor. But the press that the area has garnered continues to alter the demographic, which has been a mixed bag of East End locals, fellow Long Islanders on a winery day trip, and a few city folk seeking more solitude and less hype. Labeled the Un-Hamptons by the New York Times, the North Fork of Long Island has been one of New York’s best-kept secrets, but it’s not much of a secret any longer. 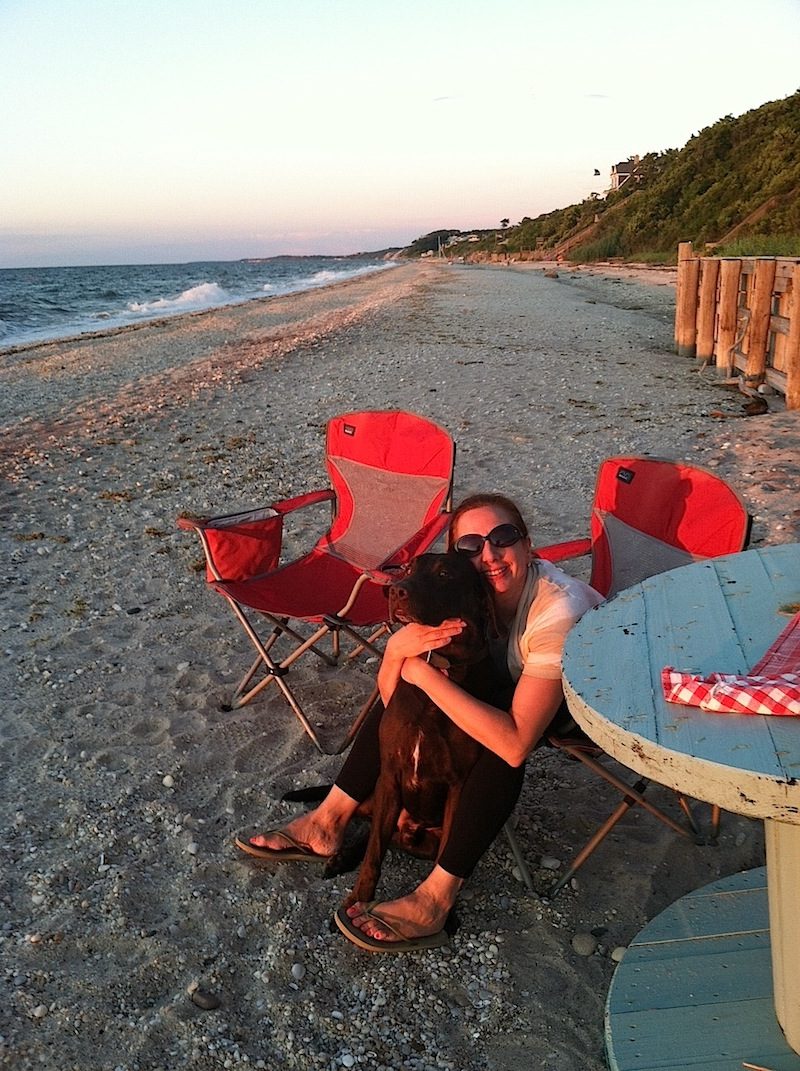 The North Fork is a place where you can wear a baseball hat and flip-flops, toss a ball with your dog on the beach at any hour, drink local wines, and grill a piece of fish that was caught earlier that day. Does that sound like another time and place? It sort of is. And the beauty is the North Fork of Long Island’s close proximity to New York City. Depending on the locale, the commute is just 90-105 minutes (without traffic) to towns like Riverhead and Jamesport, and more like two hours-plus to the quaint village of Greenport, or Orient Point, where you can catch a ferry to Connecticut. Meanwhile, the Peconic Bay separates the North and South Forks and the Long Island Sound hugs the coast.

This side of the East End is country meets beach meets foodie destination, and the latter will no doubt become more predominant. For the most part, I prefer cooking to eating out when I’m visiting the North Fork, and shopping at favorites like Briermere Farms for fresh, local produce and the best fruit pies on the Eastern Seaboard, Southold Fish Market and Braun Seafood in Cutchogue, and the Village Cheese Shop in Mattituck. But no trip is complete without a meal at Love Lane Kitchen. Love Lane’s lobster roll easily rivals those I’ve eaten in Maine, and the fish tacos are tastier than any I’ve tried in Manhattan to date. 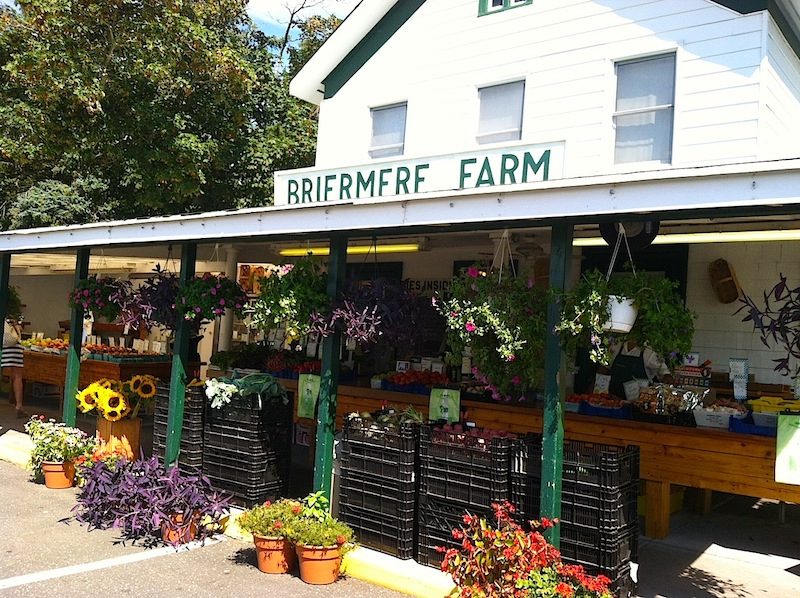 Other eateries worth a stop include the upscale North Fork Table & Inn and Noah’s in Greenport, which boasts a full dinner menu and a raw bar. I might mention that these are just a sampling of the diverse culinary offerings in the side-by-side country towns surrounded by farms and vineyards.

Some beach-goers might say, “It’s not on the ocean.” Or, “It doesn’t have the nightlife of the South Fork.” It’s not, and it doesn’t. Sound beaches are rocky, rugged, and wilder than the wide, flat, sandy beaches on the ocean side. Sun goddesses fancy sugar sand to pebbles and shells, and though I love a splash of sun-kissed color, in the afternoons I’m inclined to relax in an old farmhouse, sipping Chardonnay and devouring cheese while listening to live guitar music at Sherwood House Vineyards. Or for a quieter experience, I’ll lounge on the spongey green lawn at McCall Wines, catching a few rays as I toss back a glass or two of Marjorie’s Pinot Noir Rosé or Ben’s Bordeaux Blend, then admire and pet the Polo ponies between tastes.

As far as the evenings, they’re absolute bliss on the North Fork. With wine in my hand, sand between my toes and a painterly sunset in the distance, my boys sit next to me, and we’re mere steps from the Long Island Sound. That’s all the nightlife I need. 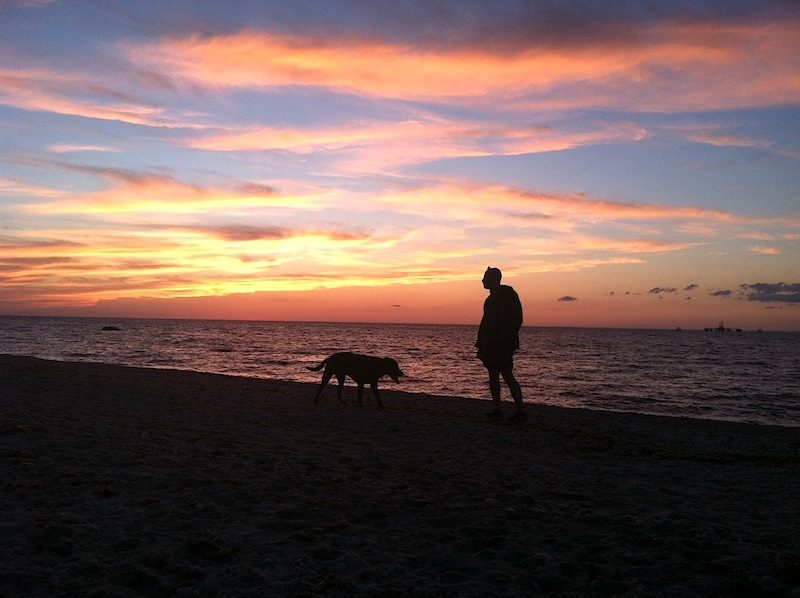 For more about the North Fork of Long Island, visit www. northfork.org.

Also escaping New York for Upstate and where to go when you need a break from the city.