Although we’re still in November, we’ve already had a taste of winter in New York City. Moving from idealistic fall days with temperatures that hover around 60 to a sudden Polar Vortex was a little unexpected, and I think many of us weren’t at all prepared. (Are we ever ready for a real feel of 16 degrees?)

New Yorkers were out and about this week in their down coats and poofy winter garb, myself included. Michael, however, isn’t a poofy coat kind of guy. He prefers classic wool coats, which I argue aren’t as warm. He disagrees. But he’s never owned a down coat, and all of us down coat wearers can vouch –– once you wear down, there is no other cold-weather coat. Freezing temperatures and gusting winds won’t penetrate down.

For a guy dressed up for the office –– think a suit, blazer, or shirt with a sweater or vest –– a traditional down coat gets too bulky, and probably won’t look so stylish. But we discovered Norwegian Wool –– coats designed for the business guy who isn’t warm enough in a top coat, and won’t look good enough in a casual puffer jacket. Norwegian Wool outerwear puts the feel of a down parka into a stylish topcoat. 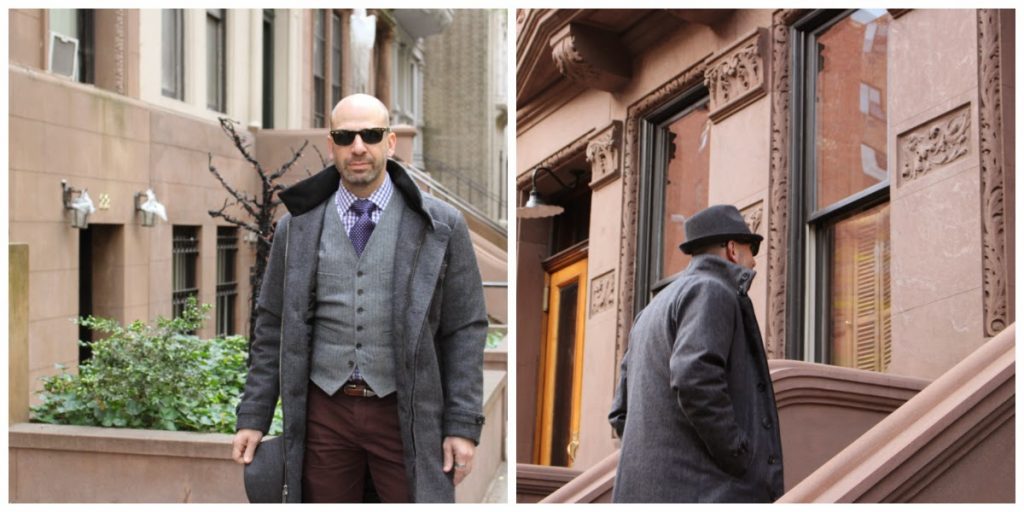 Mike tested out his new Norwegian Wool coat in the chilly weather, and the wool outer layer with a full down lining did its job –– he was nice and toasty in his walk through Central Park. He particularly liked the soft, cozy stand collar, the fleece-lined hand pockets, and the additional inner pockets for a wallet, cell phone, and even business cards. The coat also offers a two-way zipper, is waterproof (I hear we’re in for lots of snow this season), and comes in this dark grey herringbone, charcoal, or light grey herringbone.

He wore the coat comfortably over a shirt and wool vest, and was warm yet felt confident –– ready to head to the office or to a client meeting. Mike said, “I like the attention to detail –– I don’t feel too constricted. I can move in it.” He also likes the way the coat looks, which you can see below,  it looks great. 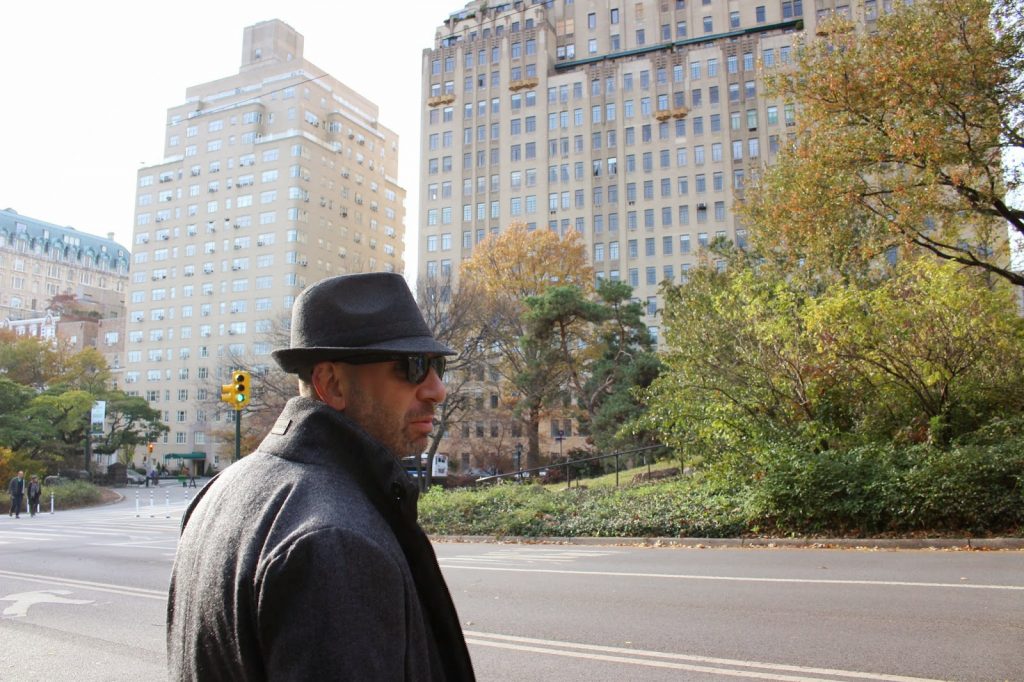 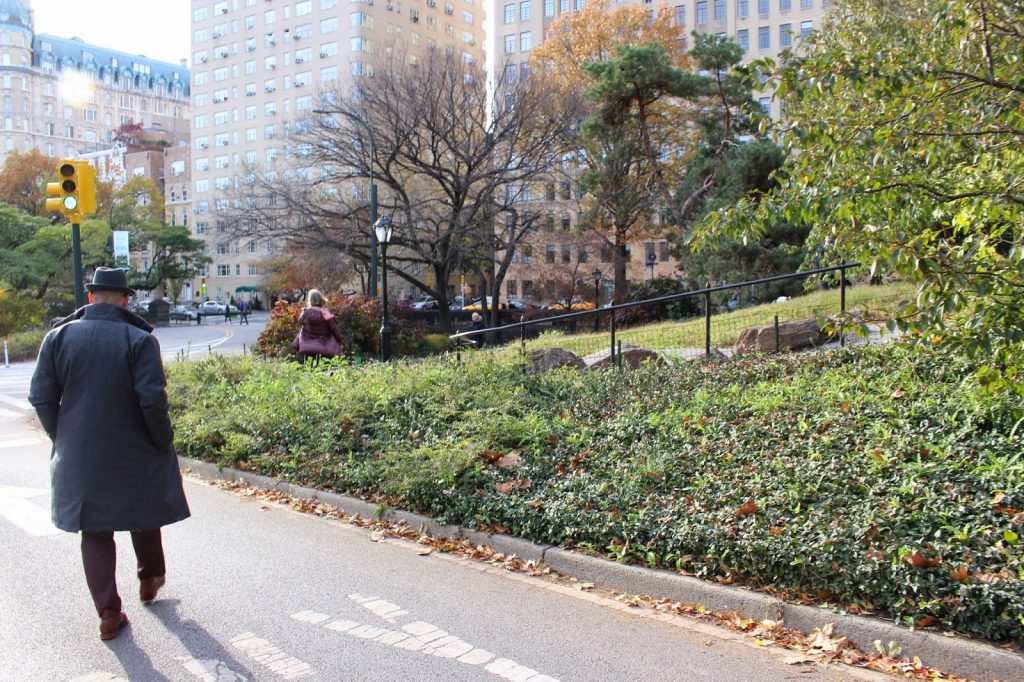 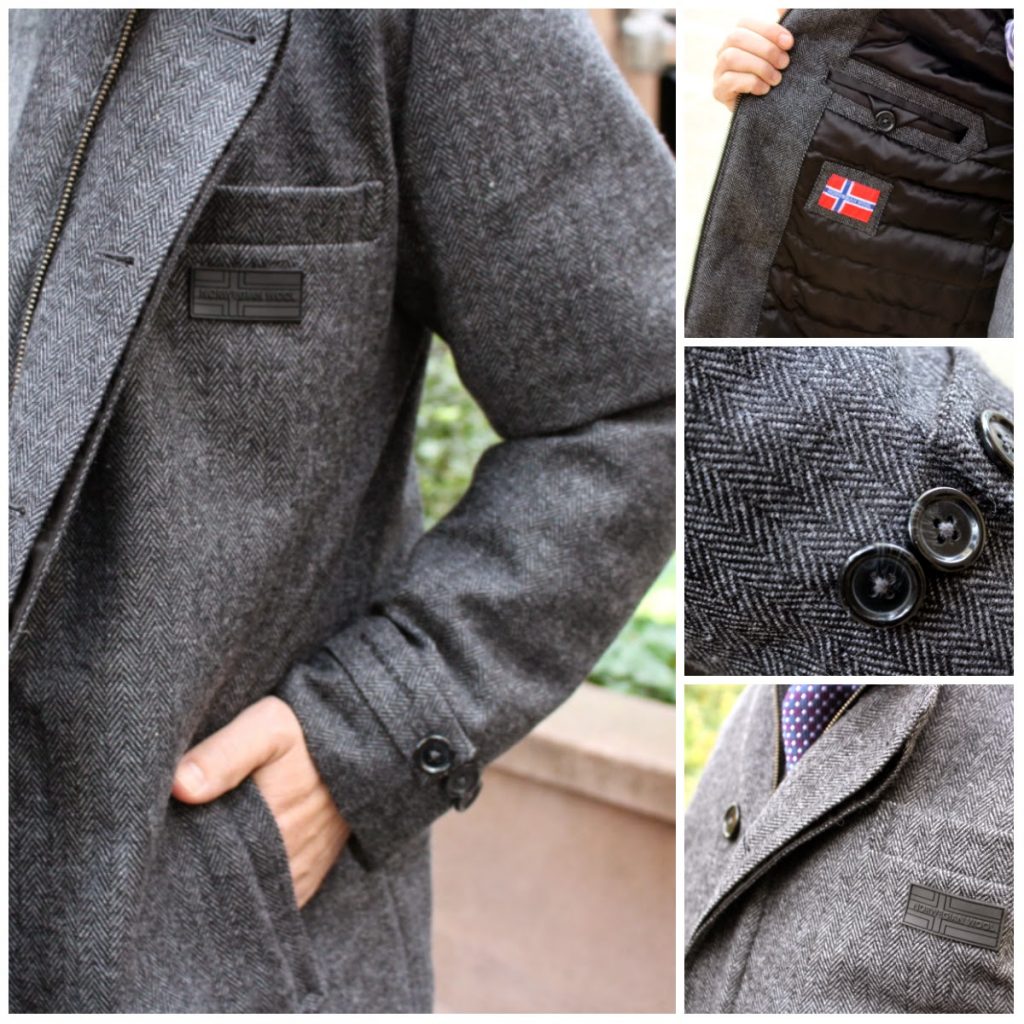 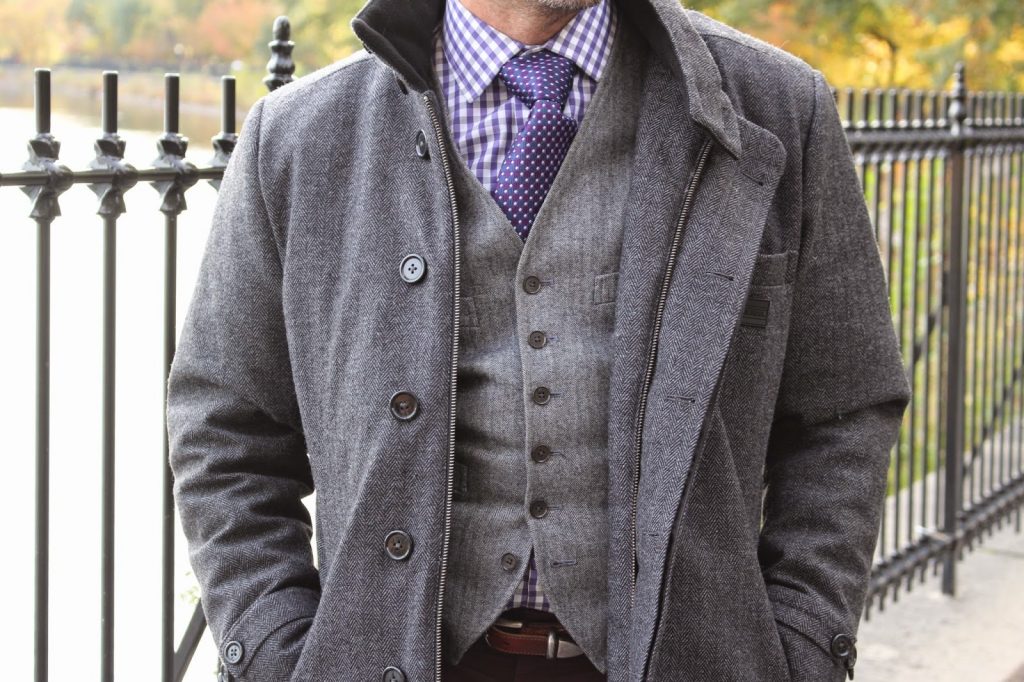 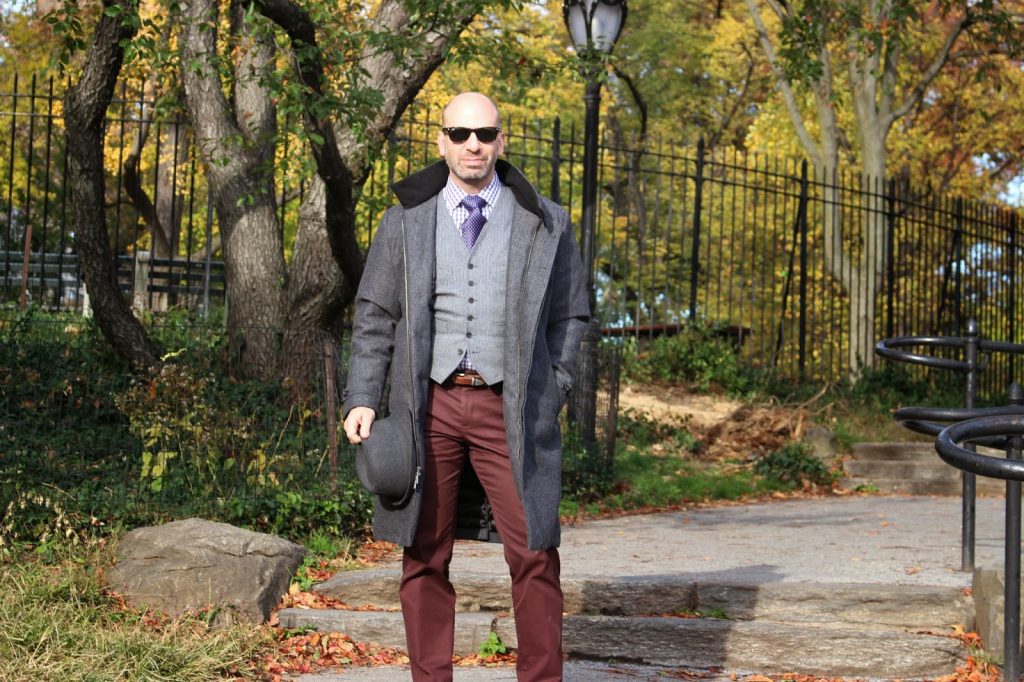 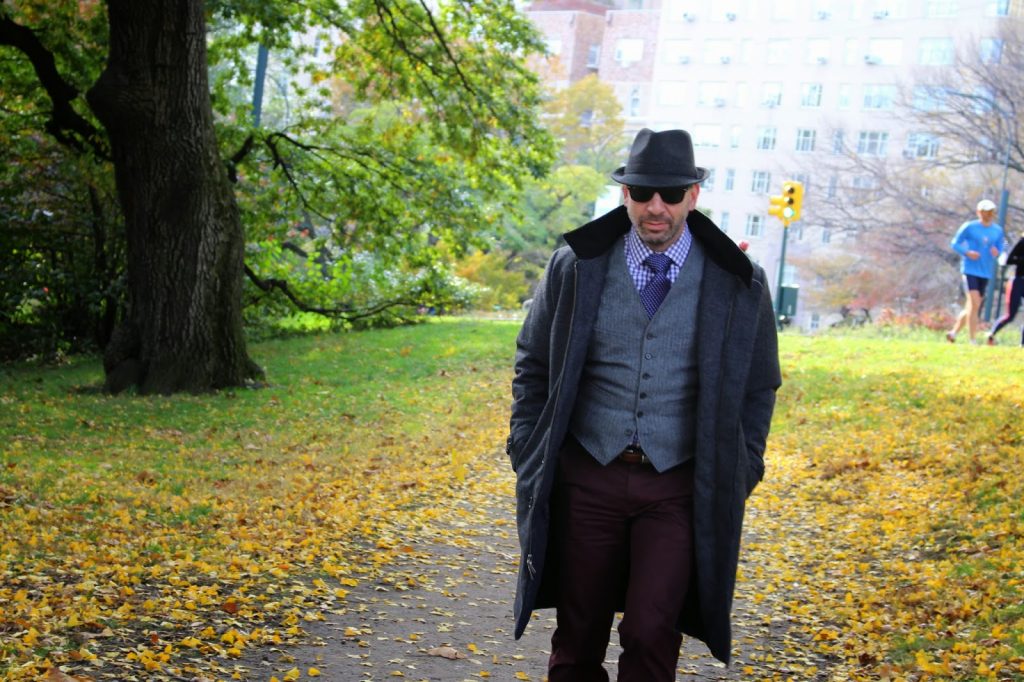 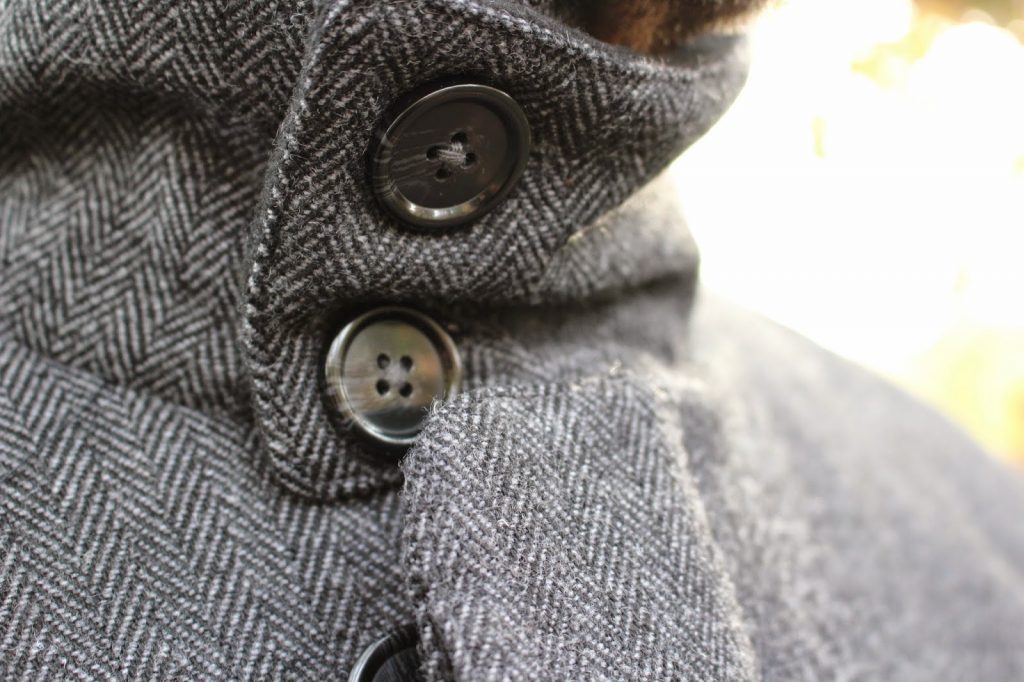 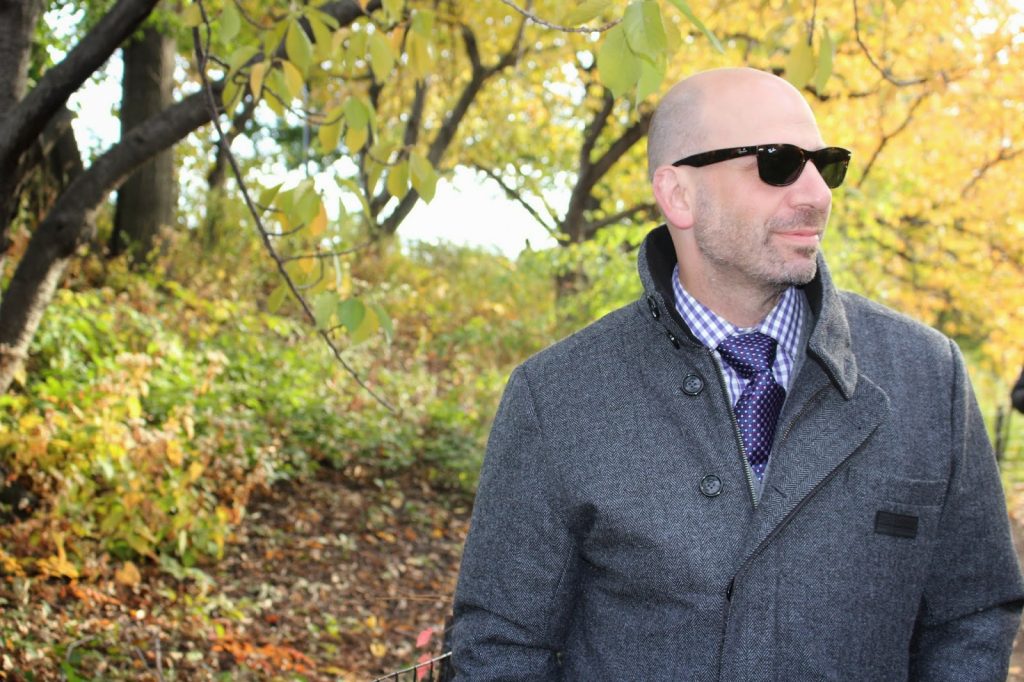 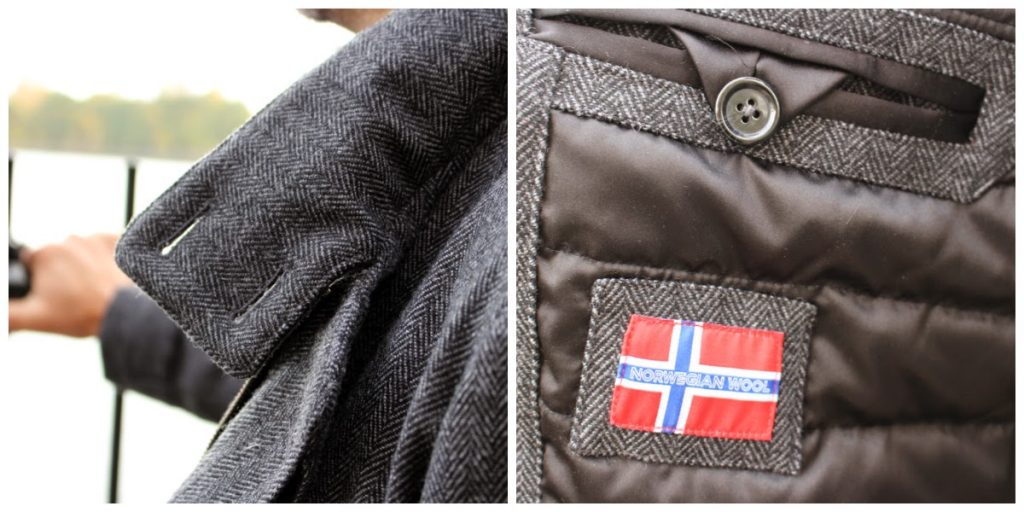 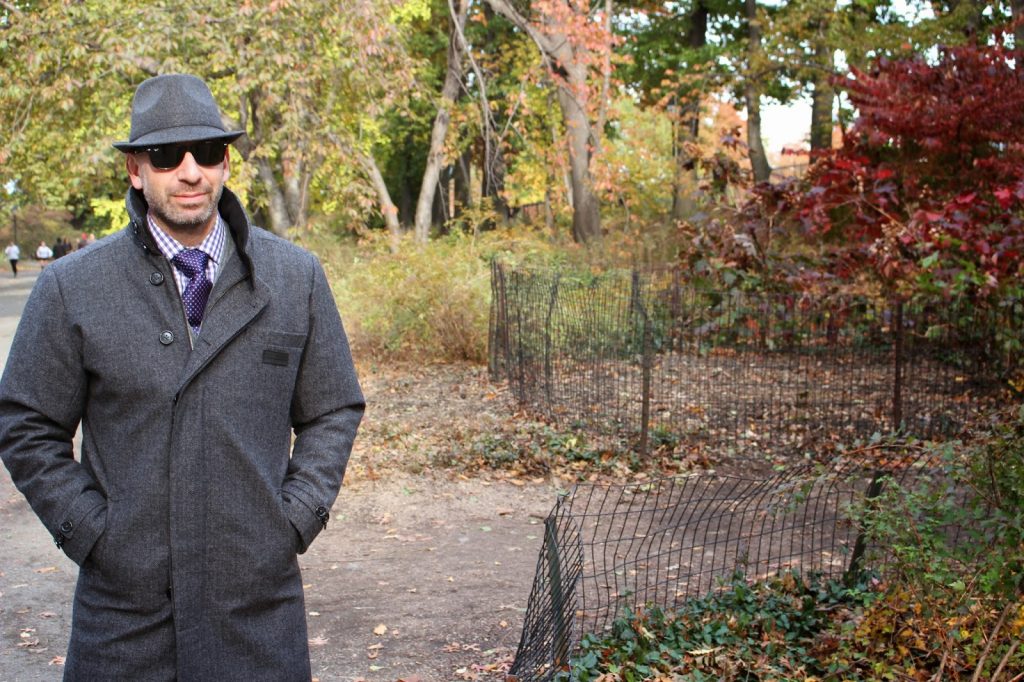 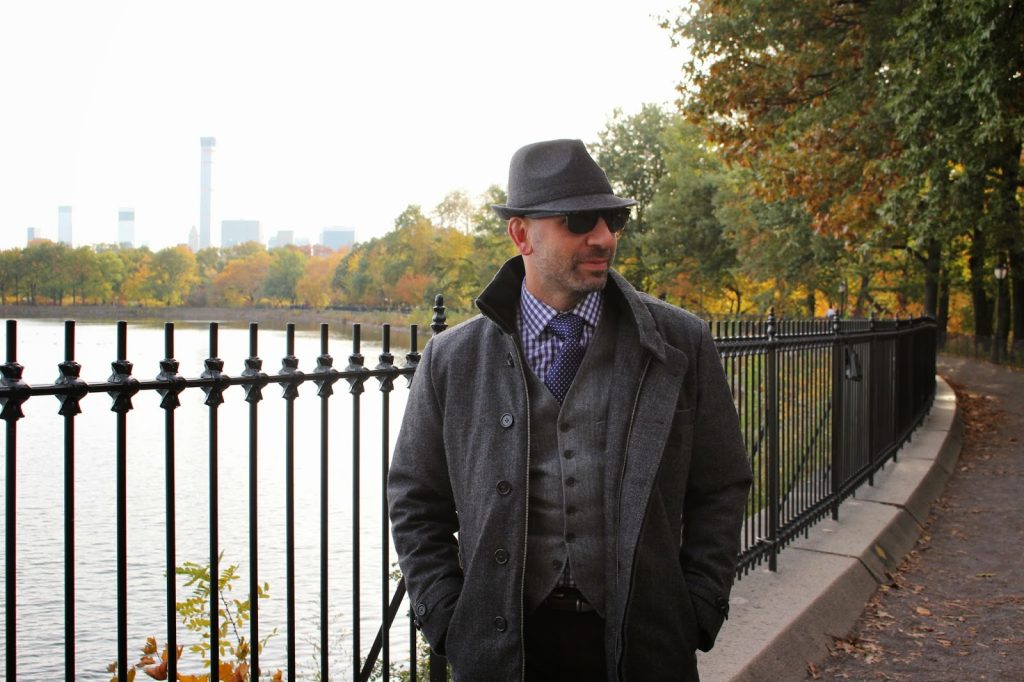 With the holidays just around the corner, a Norwegian Wool coat would make an awesome gift for the special guy in your life (husband, boyfriend, brother, or dad!).

Norwegian Wool was formed by a partnership between a Wall Street trader and senior executive who struggled with the challenge of staying warm yet looking sharp during New York City winters. Together they built the Norwegian Wool brand, which focuses on designing and manufacturing high-end outerwear and accessories that keep professionals comfy and stylish during cold weather.

This post was sponsored by Norwegian Wool. A big thank you to our fans for supporting our sponsors! Companies like Norwegian Wool help us continue to bring the best of the New York life to all of you.

Norwegian Wool coats are available on the website and at Rothman’s in Union Square.

« My iTunes Playlists: Songs for a New York Commute
A Boston Market ‘Friendsgiving’ for 8 in My NYC Apartment »