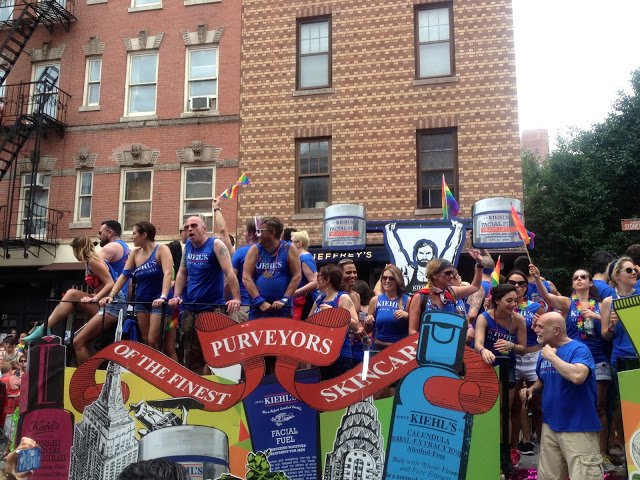 After
celebrating last year’s Pride festivities in Paris, I was excited to be back
in New York for one of my favorite weekends of the year. (Halloween weekend is
a close second.)

In NYC, I most appreciate the extreme diversity of the crowds participating in
and attending Pride events; cultural, religious, national, political, and
corporate floats are sprinkled throughout the parade, and people of all
backgrounds, ethnicities, ages and sexual orientations swarm the streets doting
glitter, rainbow leis, business attire, or perhaps wearing not very much at
all. 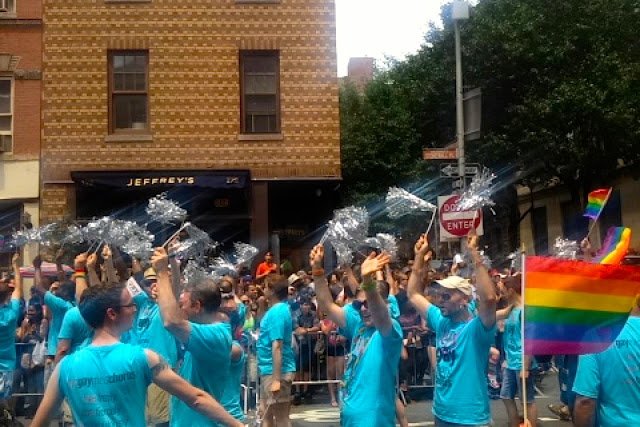 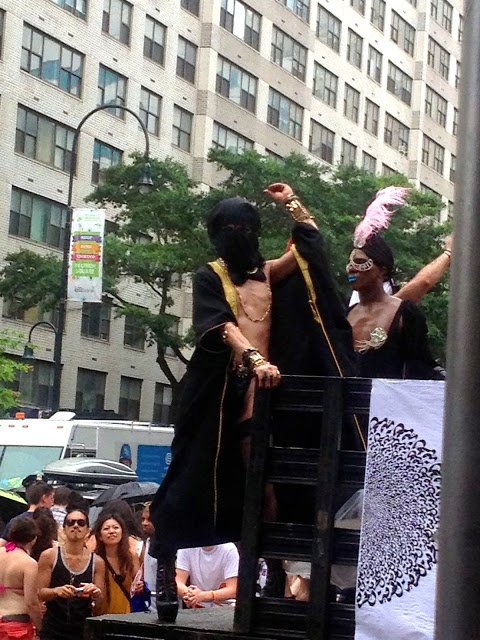 NYC Pride is definitely one of those “see and be seen” events.  Parade revelers snap shots of
spectators and vice versa, while camera crews from major national and local
publications capture everything in between.
In
light of Thursday’s SCOTUS ruling, the celebrations were particularly festive
this year. Edith Windsor led the 2013 march, and hundreds of supporters and
fans stomped along, carrying signs boasting her name and wearing masks of her
face. 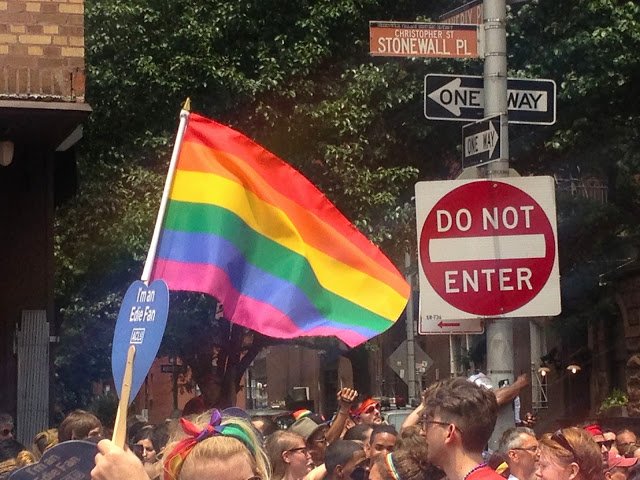 Pride officially began after
the Stonewall Riots in 1969; 1970 marked the anniversary of the beginning of
the gay rights movement with a march down Christopher Street.  Since then, the annual event, which has
transformed into the parade we know today, celebrates victories like
national AIDs awareness and legalization of equal rights for the LGBT community.

The
parade travels south on Fifth Avenue, leading to Bleecker Street and eventually the
annual Pridefest in Abingdon Square – full of vendors, giveaways (free hummus!
free sunglasses! free condoms!), and, of course, more glitter.  The event is impossible to miss; pop
music blasts and crowds cheer as thousands make their way down the parade
route on motorcycles, floats, ten-inch heels, or with a banner representing their organization, proudly waving rainbow flags for all to see. 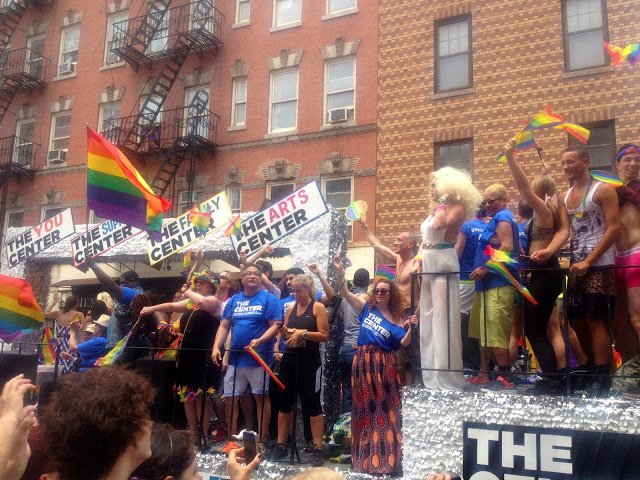 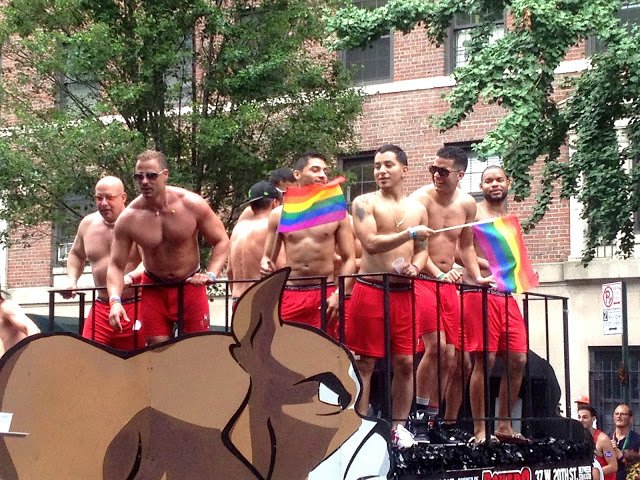 Like
any major event in NYC, Pride is hectic, overwhelmingly crowded, and at times
frustration can overlap fun. There are several viewing spots for the parade, but I’ve found that
heading downtown later in the day (3 or 4 p.m.) is easiest. Meeting up with friends a
few blocks off the parade route, (several streets are closed for the
festivities) and crossing East to West at certain points of the day are nearly
impossible. 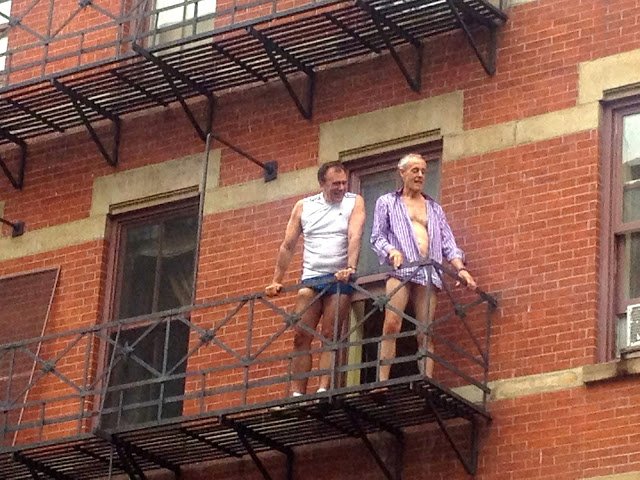 In my opinion, the best way to watch
everything is via a fire escape or balcony on the route. As I spotted people dancing and drinking in their Christopher Street apartments, I realized I
needed to make more friends with prime real estate.


Every
year, Pride seems to get more jubilant and exciting! No matter who you are or
where you come from, Pride is a welcoming event that appeals to everyone.  I’m already stocking up on glitter for
2014. 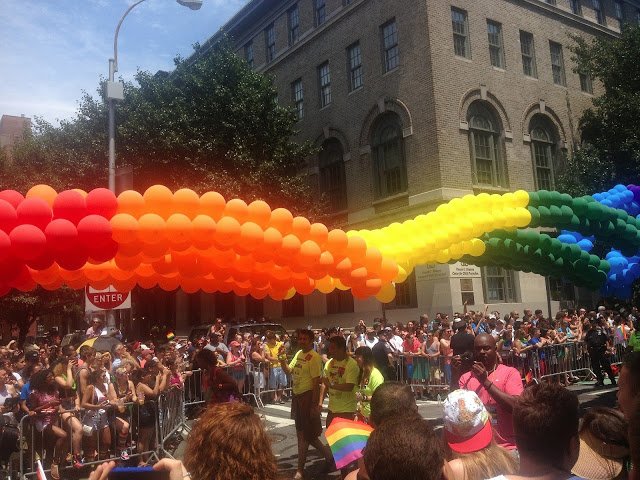 « The Heavenly Food of Chef Michael Patlazhan
Beachwear and Beyond »