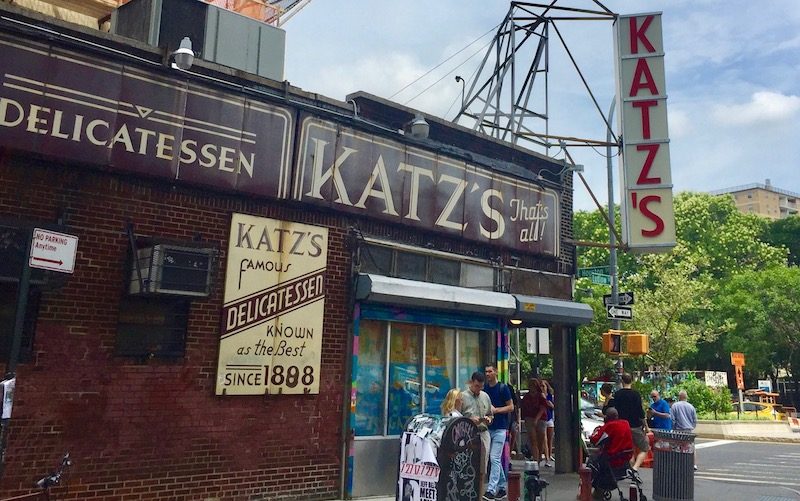 New York City has set the scene for many of our most beloved film and television shows. Romantic rendezvous at the top of the Empire State Building, car chases through the streets of Manhattan, and dialogue-packed strolls through Central Park have been captured on the big and small screen. But some of the most memorable moments have taken place in a diner or bar over a plate of food or drink. Here’s a list of famous NYC restaurants in TV and movies.

In the opening of Saturday Night Fever, John Travolta’s character Tony Manero orders “Two, give me two” slices from Lenny’s Pizza and proceeds to double-decker eat while swaggering down 86th street in Brooklyn. The scene made the pizzeria famous. Sure, fans come to experience a quintessential moment from the cult disco film, but Lenny’s also boasts some of the best pizza in NYC. Here, pies are made the Italian way – thin-crusted with fresh ingredients of your choice. 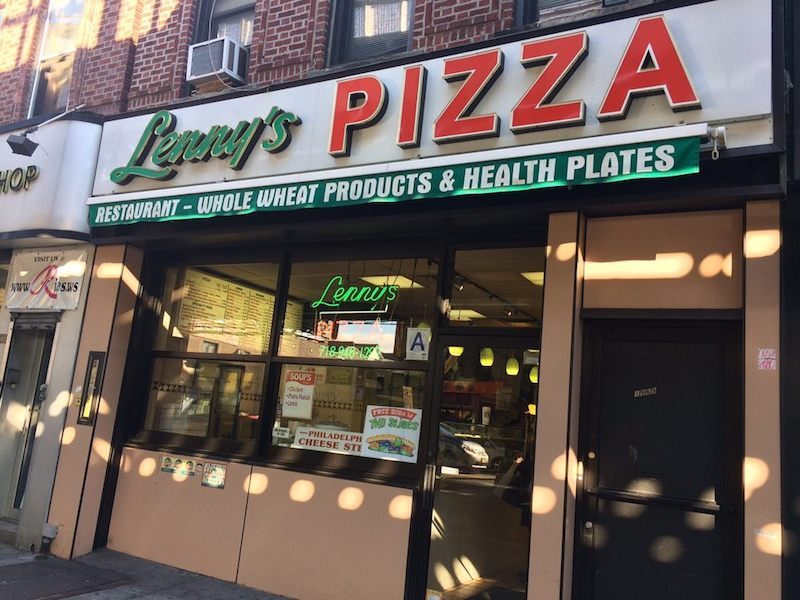 Established in 1888 on the Lower East Side, Katz’s Delicatessen is a venerable New York institution. On weekend afternoons, it is not unusual to see folks lined up around the corner, waiting for a booth where they can enjoy the perfect hand-sliced pastrami on rye. In 1989, Meg Ryan and Billy Crystal sat in a Katz’s booth to shoot one of the most unforgettable scenes in film history. And a couple of times every month, the owners claim to hear a diner moan in tribute to When Harry Met Sally.

So many pivotal moments in the lives of the ladies of Sex and the City happened in a restaurant. One of our favorites happened in Season 2 when Mr. Big took Carrie to the romantic Italian restaurant Da Marino. Just seconds after they are seated, he introduces her to the waiter as his girlfriend. With a glowing and surprised look, Carrie says, “You’ve never called me your girlfriend before.” Big responds, “Sure I have. Just not to your face.” SATC cred aside, Da Marino is renowned for its amazing Southern Italian fare served up in a cozy, old-school atmosphere.

The best-known Seinfeld related eatery is Tom’s Restaurant. Marked by a glowing neon sign, it is the site of the fictional Monk’s Diner in the show. Here, the gang met for coffee and a meal while indulging in deep and hilarious conversations about the ordinariness of everyday life. Decked out in Seinfeld memorabilia, it was later featured in a 2014 Superbowl commercial with Jerry facing off his archenemy Newman. Tom’s Restaurant has been serving reliable Greek-American diner fare since the 1940s with claims of “the best milkshake in New York.

Tucked away on an unassuming street in Williamsburg, Bamonte’s is an Italian restaurant that opened in 1900. And while the neighborhood has drastically changed, Bamonte’s has not. From the tuxedo-clad, gentlemanly waiters to the crystal chandeliers, white tablecloths and mid-century paneling, the restaurant has the look and feel of old New York during The Godfather era. So it’s no wonder that Bamonte’s is the restaurant owned by Don Maroni, the mob boss in the TV show Gotham. The food also has quite a reputation with top picks listed at the lasagna, cheese ravioli, and anything with the “famous” red sauce.

The list of NYC restaurants in TV and movies goes on and on. Which is your all-time favorite flick?

Who doesn’t love romantic New York movies? And have you seen these movies filmed in Brooklyn?

Plus, a must-see documentary.

« Escaping New York: My Adventures in Austria
The High Line Is One More Reason to Love New York »