Sure, the NYC subway is less than perfect. There are crowded conditions caused by too many people, and there seems to be a shortage of trains, not to mention the dirty stations, accompanying rats, and rude straphangers. All this makes for an unpleasant commute, at times. To top it off, fares continue to rise.

But, there were periods when conditions in the subways were even worse, if not downright deplorable. Like it or not, the New York subway system is the biggest and best in the country and carries countless daily riders to their destinations with a relatively low number of incidents.  If you have a look at the NYC subway then and now –– you’ll see we’ve come a long way.

Graffiti
Back in the ’70s, ’80s, and ’90s, subway cars inside and out were graffiti-filled cesspools. While the walls still have a measure of graffiti today, you’ll be hard-pressed to find a subway car that looks like the post-apocalyptic underworld of the past (think the cult movie The Warriors).

Air Conditioned Cars
On typical hot, humid days, riders had to bear sweltering conditions sans air conditioning. While older cars may not always have working ACs, today, the MTA pumps the AC on sizzling days, making the trains feel as cold as a meat locker. Freezing?  It’s still better than sweating your socks off.

L.E.D. signs (in cars and on platforms)
If you weren’t travel-savvy 30 years ago, you had to rely on an NYC subway map, token booth clerks (yes, they used to be called that) or a kind New Yorker to navigate the intricate, confusing train system, rather than the high-tech arrival signage the MTA uses today.

While some of the older trains don’t yet have the signs, all the new subways contain displays, which communicate the stops along any given route.  As for platforms, these electronic marvels tell you how many minutes until the next train.

Rebuilt and Improved Stations
With several stations deteriorating to the point of despair, several have received major facelifts in recent years, bringing functionality to a new level. Some include Coney Island, Atlantic Ave-Barclays Center, Smith Street, Jay Street (Brooklyn), the Fulton Center (Downtown Manhattan), and Roosevelt Ave/Jackson Heights and Court Square in Queens. Plus, many stations are in the process of undergoing improvements (new tiles, paint jobs and track enhancements, among other upgrades), including a number along the N line in Brooklyn.

New Train Line and Expansion
Let’s not forget to mention the forthcoming Second Avenue line and the No. 7 expansion, which will make parts of Manhattan more accessible for New Yorkers and tourists alike. Hey, I am happy about walking less any day of the week, especially on scorching summer days and bone-chilling winter evenings.

The Second Avenue line will stretch more than eight miles along the length of Manhattan’s East Side, from 125th Street in Harlem to Hanover Square in Lower Manhattan. The first phase –– with service from 96th Street to 63rd Street –– has a completion date set for December 2016. I, for one, cannot wait. This additional train line will make it more convenient for people looking to reach the East Side of the borough, and provide direct service from East Harlem and the Upper East Side to Midtown West via the Broadway express tracks.

As for the No. 7, it terminated at Times Square, but its recent expansion has it extending approximately two miles to a beautiful, new station at West 34th Street and 11th Avenue (Hudson Yards). Now, getting to places like the Jacob Javits Center and Chelsea Piers doesn’t require an out-of-the-way hike. The new station opened on September 13, 2015, and is the MTA’s 469th subway outpost. 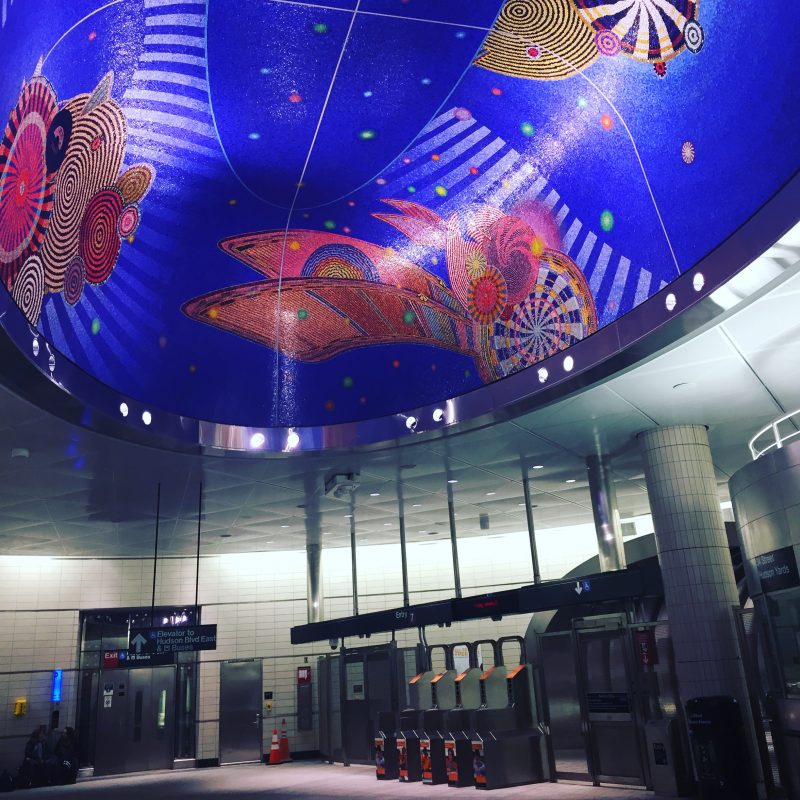 Accessibility
For riders with various physical challenges, the subway system wasn’t disability-friendly in the past, leaving them to their own devices. Now, if you have a mobility disability, or are a customer with a visual or hearing impairment, the MTA network provides more than 110 accessible subway and commuter rail stations, according to MTA.info. These updates have helped make the city’s subway system more manageable for the physically challenged.

Wireless Service
I know this has nothing to do with the olden days, as mass cell phone use didn’t exist then. But today, who doesn’t have a mobile device of some sort? As of 2015, Wi-Fi service exists in 144 subway stations throughout the city. To help accommodate more riders, Transit Wireless is on track to connect all 279 underground stations by 2017. That gives straphangers something to look forward to!