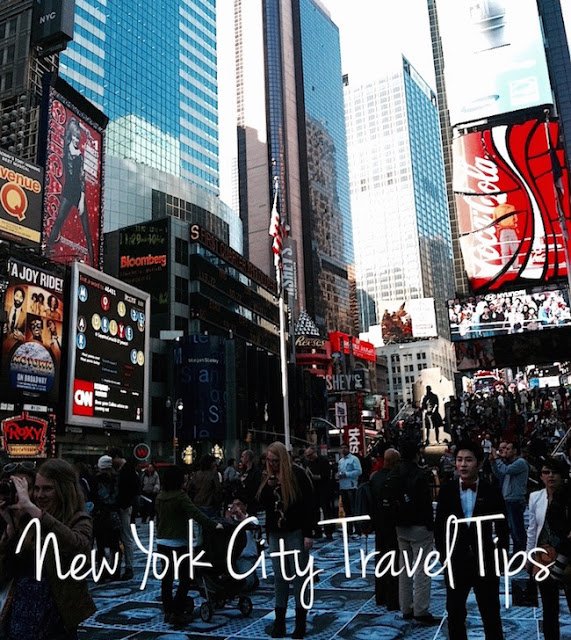 This past weekend I received an email from Jessica Mercer in California. She’s bringing her daughter to New York in June for her high school graduation trip. She asked for some travel tips, and I thought answering her questions on the blog would be a good idea so all of you could benefit.

By the way, NYC is a fabulous place to come for a special occasion, such as an anniversary, a birthday, or graduation. Veteran blog followers might recall my niece, Whitney, who came to celebrate her high school graduation a few years back. And my other niece, Jesse, came last year in honor of finishing college at Georgia Tech. We shared a fun-filled weekend before Jesse took a trip to Israel, and then when she came back we went to the Tony Awards together.

Anyhow ––I highly suggest a trip to New York City for special occasions! Now, let’s get to the questions.

Q. Being that she is underage, what are some things we could do at night?

A. New York is an excellent city for any age, so you shouldn’t run out of things to do! I wouldn’t try to go to clubs with strict door policies or bottle service, but even if she’s under 21, as long as you are with her, you should be able to take her to bars that serve food. Tip: If there’s a doorman outside, I’d say move on to the next establishment.

We took Whitney to Don’t Tell Mama –– a cabaret in the Theater District –– and didn’t have any issues. She ordered bottled water, and we ordered alcoholic beverages. We did sit at a table, however, and not at the bar.

Has your daughter ever seen a Broadway show? I recommend taking her to a musical if she’s never been, followed by a late-night dinner. Some of my favorite shows include Aladdin, On Your Feet!, and An American in Paris.

If she likes jazz, you can take her to world-renowned Birdland, the Village Vanguard, or Fat Cat. If she’s into concerts, try Terminal 5 or the Bowery Ballroom.

Another possible choice is Cafe Wha in the Village. There’s a $15 food/beverage minimum (most all music clubs have minimums), but you and your daughter can hang out in the same spot where Bruce Springsteen, Bob Dylan, and Jimi Hendrix once played. They allow guests under 21 when accompanied by an adult.

Beyond going out, walking is always a good idea in New York City. Day or night, your daughter will see so much transpire and get a sense of what this fantastic city is all about. Union Square offers a lively scene but shouldn’t be as crowded as Times Square. It’s the gateway to Greenwich Village and downtown, so you can grab dinner in one of the hundreds of fabulous restaurants and then head to Union Square afterward.

Q. We are going back and forth between getting a hotel or an Airbnb. We like the idea of being right in Times Square, but a whole week with three people in one hotel room doesn’t sound fun. What do you recommend and what neighborhood do you recommend?

A. Times Square is one of the most central locations you can stay in. You will have everything you need in that area, including almost every subway line. But on the other hand, it does get incredibly crowded, so that’s not too enjoyable, especially for a week.

You might try renting an apartment in Hell’s Kitchen, which is directly west of Times Square. You’ll still be able to walk to the subway, but the area isn’t nearly as congested, and certain streets will be downright quiet. You’ll find good ethnic restaurants in the heart of the neighborhood on Ninth Avenue too.

Another good option for an apartment rental is the Upper West Side. You’ll be close to Central Park, and you’ll be able to experience an authentic New York neighborhood with fewer tourists. The UWS is a quick subway or cab ride to Times Square. If you decide to go the hotel route, take a look at the Beacon on Broadway.

One UN New York is another hotel I like, and it’s off the beaten path. This hotel is luxurious and offers large rooms. It’s located close to the United Nations and is about a 15-20 minute walk to Broadway theaters and Midtown West, and a short taxi ride to the Upper East Side, the Lower East Side, and East Village. I stayed for a night in the West Tower, and you can read more about it in this blog post.

If you plan to explore a lot of downtown and Brooklyn, then try one of the hip, trendy hotels south of 23rd Street such as the Gansevoort or the Bowery Hotel.

Q. Last but most important, my daughter is a HUGE SNL fan. What is our best bet for scoring tickets for a show or rehearsal?

A. Well, I wish I had better news for you here. As far as I know, SNL’s season ends in May, so you won’t make it this year since your trip is in June. Scoring tickets is no easy feat, though, so don’t feel sorry about the time of year you’ve scheduled your trip. You can request tickets online during the month of August only, and you cannot request specific dates. Tickets are given by lottery, so the chance of actually securing seats is slim.

The other option is to aim for standby tickets, which are given out at 7 a.m. on the day of the show. Just know that fans line up days before sometimes, and again, the chance of getting tix isn’t great. You can request either the dress rehearsal or the actual show that same evening.

Maybe you can give SNL tickets a shot on your next trip. But before you do, you might want to read about this SNL fan’s hellish experience waiting overnight in single digit temperatures to land tickets to a show.

Try the exhibit as an alternative to seeing Saturday Night Live. You can get tickets here.

Have NYC travel questions? Send an email to tracykaler at gmail dot com, and your questions might be featured on the blog.