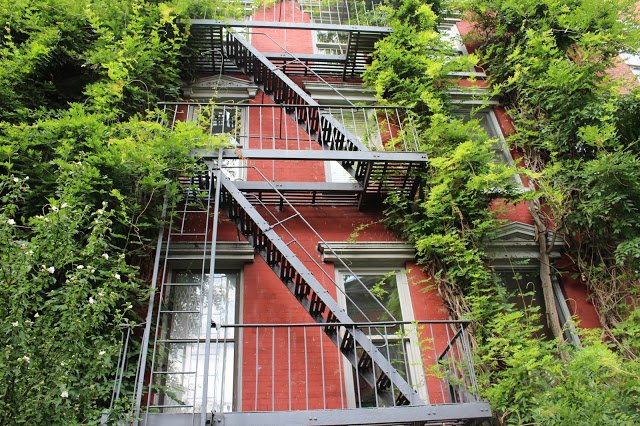 If feels wonderful to be home. I’ve been out of town quite a bit since April –– first at a Bat Mitzvah in Tucson, followed by some vacation time in Sedona and Palm Springs. I went back to the city for but a few weeks, only to leave again for the North Fork of Long Island at the end of May.

Mike has been working on the East End since the beginning of the year and spending a lot of time in the Hamptons. We decided to rent a cottage in Jamesport and stay out there for the month of June, which was more relaxing than commuting back and forth. Although we had some rainy and overcast days, we still managed to enjoy our time away from the city, hitting our favorite wineries and eating lots of great, local food.

The morning after our return from Jamesport, we left for a family wedding in Calloway Gardens. We spent a little extra time in Atlanta, (more on this trip later), and finally returned to NYC this past Tuesday night.

After such a long time away (with the exception of a quick weekend trip to attend the Tony Awards), I’m happy to be home in New York City, sleep in my own bed, and return to my routine. I don’t have too much planned for the holiday –– just a birthday party for Heather’s dog, Gypsy, who is turning eight! We’ll celebrate at the 79th Street Boat Basin, one of our favorite warm-weather spots on the Upper West Side. Beyond that, I’m content with relaxing.

Whatever you do, have a wonderful 4th of July weekend! Now, let’s get to some fun stories from around town.

10 garden ideas you can steal from the High Line. {Gardenista}

Even the NYPD had fun at this year’s NYC Pride Parade. {Digg}

Bay Ridge, Brooklyn is only far if you don’t live there. {BrickUnderground}

A list of awesome spots to celebrate 4th of July in New York City. {Grub Street}

Six under-the-radar neighborhoods you might be able to afford. {NewYork.com}

Watch the rise of NYC’s graffiti culture in the 1970s in this mini-doc. {Brooklyn Magazine}

Get out this weekend and do something free in the city! {National Geographic}

I’m signing off for the holiday weekend. We’ll be back on Monday!