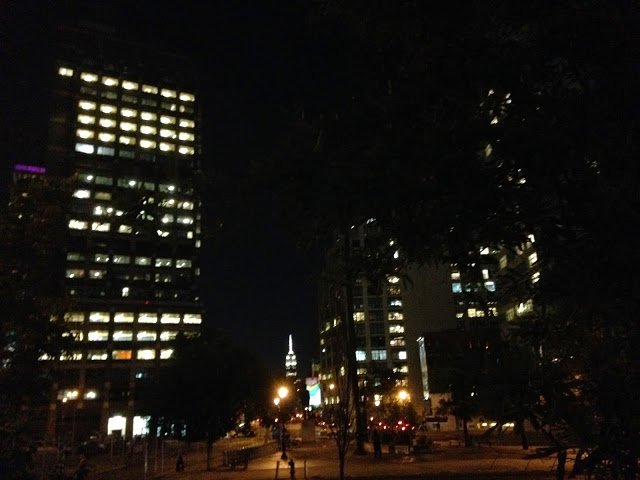 Like many freelancers and “slashies” in NYC, I don’t have the typical 9-to-5 work schedule. In fact, I’m all over the place since I have clients in different time zones – not to mention, carving out extra time to work on my own career as a singer/songwriter. Even on weekends, it’s not unusual for me to head out with a friend at midnight and return home around 6 a.m.

While it’d be great to have a normal sleeping pattern, it doesn’t always pan out that way, and I’m rarely asleep before 4 a.m. There are, however, several perks to being a night owl in this city, and after years of late nights and keeping odd hours, I’ve learned that it’s not such a bad thing to live on the other end of the clock.

1. You don’t miss out on the city’s nightlife.
I love hanging out at bars and clubs until last call. A lot of people don’t even go out until after 11 p.m., so I never miss out on the action. It’s also easier to make friends with the bartender when you don’t leave during peak times – and who wouldn’t want bonus drinks and free shots?

2. You’re not the one yawning at parties.
It always bugs me when there’s that one person who shows up, only to constantly be yawning and complaining about being tired. Night owls don’t have to worry about being the wet blanket at the party.

3. Diners and dollar slices.
Not sure if it’s just my imagination, but diner food and $1 pizza slices just taste better after 4 a.m.


4. You get to experience late-night surges of creativity.
I’m sure my fellow songwriters and artists can relate to this – some of my best ideas have randomly popped up in my head after midnight. The thing about creativity is you can’t just sit at a desk and say “OK, I’m going to think of awesome stuff from 1 p.m. to 3 p.m.” But inspiration comes whenever it wants to, and that’s usually at night. So I love being awake to reap the benefits of creative surges and record everything in the moment.

5. There’s less noise and distractions.
Since most of my friends and clients are sleeping after midnight, my phone is less likely to be blowing up with texts and emails. I also don’t have to hear constant horns blasting from gridlocked intersections, or Second Avenue Subway construction noise. Late night and early morning is when NYC is at its most peaceful, which makes me feel calmer as well.

6. It’s much easier to be productive.
With little to no distractions, I find that I’m crazy productive from about 2 a.m. to 6 a.m. Sometimes, I actually accomplish more during those hours than most people do during their entire workday.

7. Deadlines are less stressful.
Rarely do I receive any emails or phone calls from clients after hours, so I’m able to get work done without the added pressure, or the nuisance of new projects being assigned while I’m in the middle of another.

8. You can beat the grocery store crowds.
It’s almost impossible to go to Fairway or Whole Foods (my two neighborhood stores) in the afternoon or evening without being bombarded by crowds and after-work shoppers. For us night owls, however, we can easily head over when the store first opens, and beat the normal rush. I love going to Fairway at 7 a.m. when there’s only one or two other customers in the store, and I’m not being shoved by an old lady who wants the last freshly-baked baguette.

9. Late night TV is awesome.
Whether it’s a late night talk show or reruns of old sitcoms that don’t air until midnight, I’m awake to watch it all when I’m taking a break from work. None of this “I missed Jimmy Kimmel’s latest celebrity mean tweets because I went to sleep at 10 p.m.” kind of stuff.

10. You get to see the sun rise.
Unfortunately, New York City’s night skies aren’t the starriest. But I have to admit, the sunrises can be absolutely beautiful. I love being in bed, working on a deadline, only to look out my window and see huge streaks of pink and purple bordering my neighboring high rises. That time of day, around 5 a.m. to 6 a.m. and right before I start to fall asleep, is about as tranquil as it gets.

« City Cocktails: Summer Sangria
How I Love Living in New York…Let Me Count the Ways »