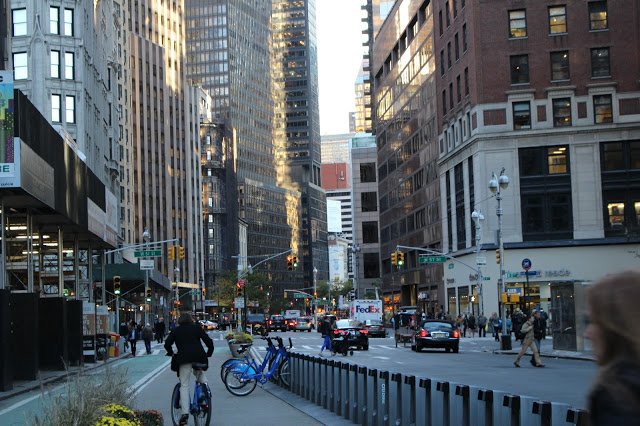 There’s something interesting about the negative stereotypes surrounding New York locals. People may say they’re aggressive, fast-talking, and can’t seem to hit the “pause” button. But, in a way, those traits actually work when you’re living in one of the world’s fastest-paced cities.

Regardless of where you live, you need to adapt to the environment if you’re planning on staying for an extended period of time – which is why so many people tend to become more assertive and less patient when it comes to BS once they move to NYC. It’s almost like going into survival mode, and if you don’t adjust, then you’re likely to get trampled.

On the flip side, there are several personality traits that don’t work if you’re living in Gotham.

Shyness
Mind you, there’s a difference between being an introvert and being shy. While being an introvert is absolutely fine, I can’t even imagine a shy person thriving in NYC. With so many aggressive, and even shady people in this city, you have to be able to speak up for yourself no matter how uncomfortable that may make you.

I have always thought of myself as a shy person; but in retrospect, I’m actually pretty good at speaking up and not allowing myself to be a doormat. From job interviews to random tiffs with cab drivers who are trying to cheat you on your cab fare, shyness is a personality trait that nobody here can afford to have.

Insecurity
Insecurity is my least favorite trait in anyone, because it breeds many other types of negativity – judgement, greed, unhealthy comparisons, and the inability to be happy for others, to name a few. With New York City being such a competitive environment, it’s imperative to be your own biggest fan and have the confidence to be part of that competitive mix.

If you’re applying to a job, an apartment, or even performing in your first open mic night, you need to do so with the mindset that you deserve that spot as much as anyone else. And even if you fail or get rejected, then you need to have the confidence to know that an even better opportunity will eventually come your way. Own who you are, what you do, and love the hell out of it.

Indecision
One of the best takeaways I’ve had from working in the fashion industry and having to style clients and shoots at the last minute is the ability to make a fast decision, and make it with conviction. This experience has definitely made living in NYC easier.

Life is too short to waste time going back and forth when making an important decision. Plus, this city moves so fast that indecision will only be a disservice to yourself. If, for example, you’re wasting time trying to decide between two apartments you’d like to move into, then two other people can easily come along and snatch both of them up while you’re still trying to make up your mind. Learn how to tap into your gut instinct, and trust it.

Laziness
If you’re a trust fund baby who never has to work a day in your life, and you spend your days watching TV in your Fifth Avenue penthouse until midnight strikes and it’s time to go out and party, then I envy you (I don’t, actually). But for the rest of us, laziness isn’t an option. NYC’s reputation for being “the place where everything happens” didn’t come from a group of people who lacked motivation and sat back while others worked. In order to survive – or, better yet, flourish – in this city, you have to be a go-getter and willing to work hard. No ifs, ands, or buts about it.

Close-Mindedness
NYC is so culturally, socially, and economically diverse, that I’m not sure why anyone would want to live here if they were a close-minded person. If you can’t appreciate the different types of people in this city and the interesting stories they have to tell, then you’ll probably be miserable living here. The fact that there’s always something new to learn, see, and experience, is what makes New York City such an enriching place to be, whether you’re a local or a tourist.

« How to Furnish Your First Apartment
A Tribute to FAO Schwarz »