Dream of taking a trip to Puerto Rico? I’m with you! I can’t believe I’ve yet to experience the Island of Enchantment, but I have a feeling that I may visit in the near future. For those with an affinity for Puerto Rico but no time for a trip at the moment, you can soak up Puerto Rican culture in NYC. Come along with me. Vamonos!

We’ll start our venture with a trip to El Museo del Barrio (1230 5th Ave) in Spanish Harlem. Take an afternoon and immerse yourself in the extensive permanent collection as well as the temporary exhibitions. This spring, the museum will celebrate its 50th anniversary and the landmark theater, El Teatro, will reopen after an extensive remodel. While you’re at el Museo del Barrio, be sure to spend a little time in the La Tienda, the souvenir shop with one-of-a-kind objects crafted by artists from Latin America, the Caribbean, and New York City.

After getting in touch with your arty self, make your way to La Fonda Boricua (169 E. 106th St) Be sure to take in the sights and sounds of the neighborhood along the way. Once you arrive, chill with the locals and sample traditional Puerto Rican dishes like Alcapurrias (traditional tarot-root fritters), and Pastelillos del día (empanadas of the day). Save room for the Arroz Con Pollo (rice and chicken), and Mofongo de Mariscos, (mashed plantains stuffed with salmon, shrimp & calamari), both house specialties.

We depart East Harlem for now, but the tour continues downtown as we make our way to Manhattan’s East Village. Alphabet City’s Nuyorican Poets Cafe (236 E 3rd St) remains a fantastic spot to engage in a multicultural experience through innovative poetry, hip hop, theater, comedy, and visual arts. For more than 40 years, the cafe has remained supportive of the city’s diverse, artistic community. NPC has garnered a slew of awards and hosts events most nights of the week. 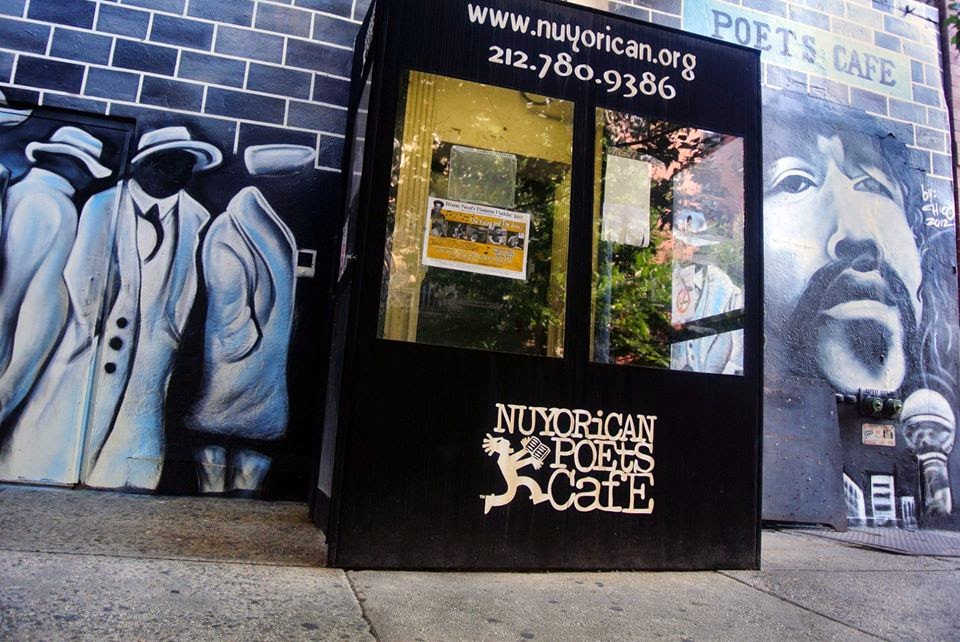 After you’ve been entertained, food may be calling again. Wander to Casa Adela (66 Ave. C), just a two-minute walk from NPC. If you’re not a vegetarian, opt for the rotisserie chicken or roasted pork, both fan favorites. Veggie eaters can go with the avocado salad alongside a heap of rice and beans. This casual eatery has been serving Alphabet City since 1973! In a city as ever-changing as New York, that is no small feat.

We can’t ignore two stellar Puerto Rican events held each year. Puerto Rico devotees won’t want to miss the Puerto Rican Day Parade, which is always scheduled the second Sunday in June. The spectacle, which pays tribute to all people residing in Puerto Rico and those of Puerto Rican descent in the US and particularly in NYC, marches from 44th to 86th Street along Fifth Avenue in Manhattan. More than two million spectators attend each year, making it one of the largest parades in the city.

If you need more of a fix, hop a flight to Puerto Rico. You’ll find some of the best travel deals April through June. Take in the beauty, originality, and adventure of Puerto Rico.

There’s no better time to visit and support Puerto Rico. The Puerto Rican people are incredibly resilient as they continue to rebuild the island after Hurricane Maria. If you want to contribute, donate here.

And read about my time in Costa Rica and Ecuador. Plus, I am off to Spain in a few weeks!

And a terrific article about Spanish Harlem in NYC.