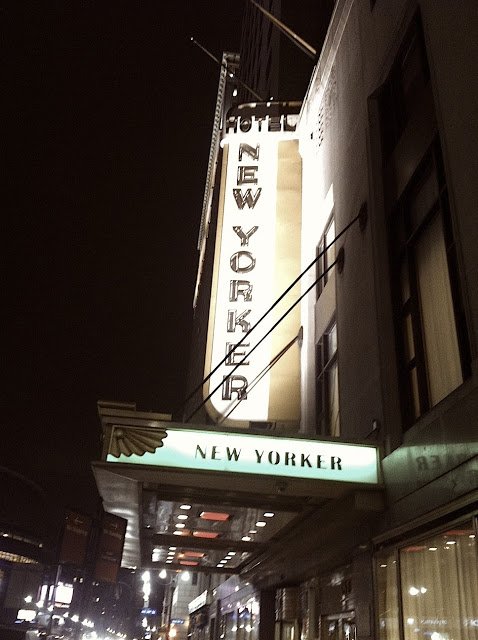 Different theories exist. What is the amount of time necessary to live in New York City before someone can say “I’m a New Yorker?” Some say “natives only.”  For others, it’s 25 years, or 10 years minimum, until someone has the privilege of taking the title. This begs the question: With thousands of transplants making the move each year, what distinguishes a transient from the real deal?

A friend who’s lived here for several decades once said, “You know you are a New Yorker when you don’t have to get out.”

Many life-long residents own real estate in the city but have a country house or a cottage at the beach. So technically, they work in the city, but spend much of their time outside. Are these people considered New Yorkers?

What about those who commute each day, yet reside on Long Island, in New Jersey, or in Connecticut? They spend half of their time in the city, but actually live elsewhere. Do they fall into the category of New Yorkers?

Is it a feeling, an attitude, or does it exist purely in the imagination? Are there definite qualities needed to back up this title?

My husband is a definite transplant. He does not consider himself a New Yorker since he has never had a desire to live here. A southern boy through and through minus the accent, Mike says he feels like a fish out of water. I think it’s silly, as I have watched him adjust to the New York City lifestyle.

Every day, Mike goes to the same cart to get his coffee with Bogey in the morning. For a minimum of five days per week, the same guy on the same corner makes the same cup of coffee with half and half and one sugar. Apparently, “Mr. Coffee Guy” (Mike of course cannot remember his name even though he has been going there every day for about 18 months), is leaving for about eight weeks. He will be going to his native country to visit. My husband is bothered by this. Although there will be a replacement, he wonders if the cup of coffee will measure up.

Recently, he told me that he has a “fruit guy” too. Each morning on his way to work, Mike stops at the same stand and picks up his breakfast. And there is also his dry cleaning lady –– Mrs. Kim. Bogey knows her too. Whenever we walk by, he pulls me to to the dry cleaner’s door for a visit. Mrs. Kim, like everyone else in the hood, gives Bogey too many treats. As a result of this, Bogey has gained the “Freshman Fifteen” since moving to the Upper West Side, and is now on a diet.

Much the same situation in a coffee shop –– there must be hundreds here in Manhattan alone. I would go out to lunch about once per week when I worked in Midtown. I ate at the Burger Heaven weekly for months. Bobby, the counter guy remembered my name. He knew that I drank a huge glass of water with lemons. He knew my favorite dishes on the menu. He knew my substitutions. And on any given day that I was there, other regulars were also eating. He knew what each customer was going to order before they sat down.  If I went back there today, (and I have not been there in about a year) he would immediately get a large glass of water with lemons, like he did two years ago. This is incredible to me.

Perhaps Mike would form these relationships in any place where he hangs his hat. New Yorkisms like these, as I call them, contribute to the character of this city. I find it unusual in a city of more than eight million people that anyone would go to the same dry cleaner, fruit stand, coffee cart, pub, shoe repair, etc. repeatedly. Even in one neighborhood, dozens of choices are available. These neighborhoods are the  small towns of New York City, and these small businesses breathe the life that is the city.

My husband has converted to the New York life. From living in the huge house to a small pre-war apartment, driving to taking public transit; Mike does all of those day-to-day activities associated with city living. He could never love New York in the same way that I do. And perhaps I romanticize too much of a city of the past. But even with the changes both good and bad, I will always love NY.

All theories aside. There are those who wish to be here, and those who don’t. There are those who live far away and only dream of living here, but they have a passion for NYC unlike many locals. Having the desire to live here most of my life, I feel that I can call myself a New Yorker. Natives may disagree that it takes more time to earn the title. Likewise,  everyone’s perception is unique and their own. The New York of a banker who lives in New Jersey will be far from the New York of an artist living in the East Village.

I don’t believe anyone said it better than E.B. White in This is New York.
My favorite excerpt from the book:

Of these three trembling cities, the greatest is the last—the city that is the final destination, the city that is the goal. It is this third city that accounts for New York’s high-strung disposition, it’s poetical deportment, its dedication to the arts, and its incomparable achievements.

Commuters give the city its tidal restlessness; natives give it solidity and continuity; but the settlers give it passion.”  E.B. White

Perhaps being a New Yorker is based on one’s ability to adapt to this city with an intensity and strength like no other. Or maybe only those with “Moxie” are real New Yorkers. I do believe that those with grit and ambition will flourish here.  Others may last a while, eventually relocating to a simpler, less complicated place.

New York City is not for everyone. It’s also not exactly like it is on TV or in the movies, but living here is pretty fantastic.

Am I a real New Yorker?

When I was younger, I longed to be a native, but now I feel lucky to be a settler, throwing my bit of passion into the pot.