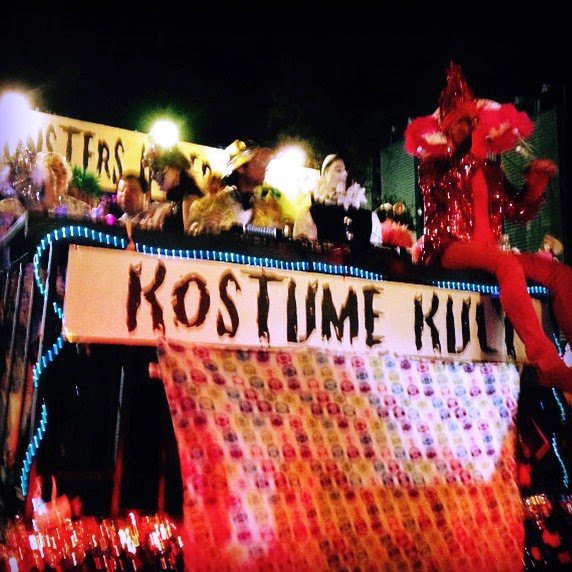 We New Yorkers were in rare form on Halloween Night as we reveled up Sixth Avenue in the Village Halloween Parade. This was my second time dressed in costume for the annual celebration, and the evening was an absolute blast. My friend Heather and I marched along some of the most fun and fabulous floats, including Whoopi Goldberg’s, which we caught up with toward the end of the route.

The parade begins at Spring Street and ends at West 16th in Chelsea. More than two million spectators attend, and over 60,000 people participate. It’s quite the event! The festivities have taken place annually since 1974, with the exception of 2012, when Hurricane Sandy struck and downtown was flooded and without power.

Only those who have been involved in the parade at some point can understand the spirit and creativity of New Yorkers on this night every year. Each Halloween, Greenwich Village becomes livelier than on any other occasion. Because so many residents from all over the city get involved, it’s an evening when all ages and demographics come together. Whether watching from the rooftops, viewing through apartment building windows, or standing on the sidelines, crowds smile, laugh and cheer as costumed characters, puppets, and floats make their way north.

My hubby Mike wasn’t with us, but caroused with the Thriller NYC group. We caught up with him after the spooky shenanigans ended, and continued the party at a bar in Hell’s Kitchen.

With only iPhones in hand, we managed to capture a few scenes from our Halloween night in Greenwich Village. Many thanks to Heather Moran for helping with my makeup and the photos. This was a night to remember. 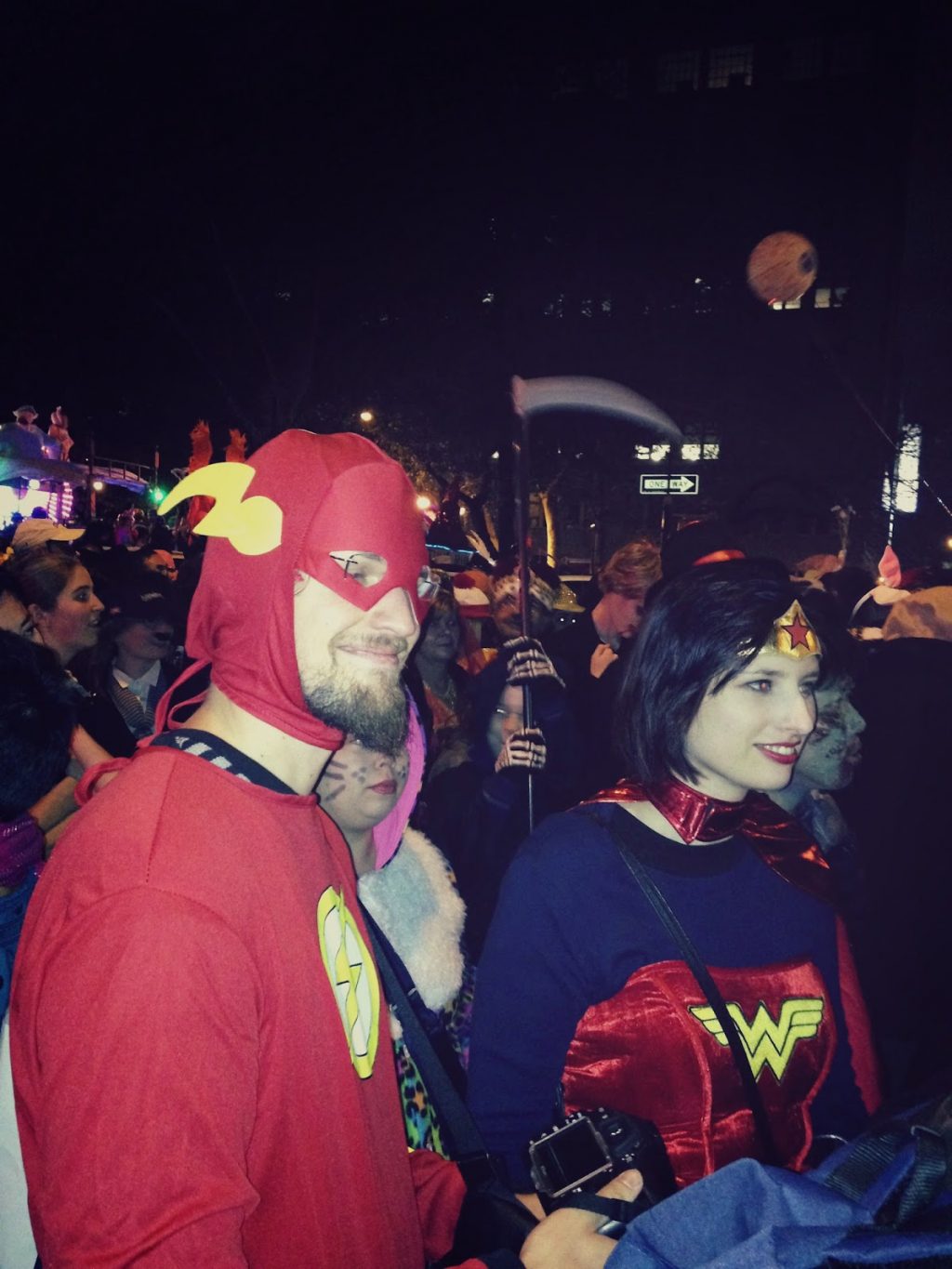 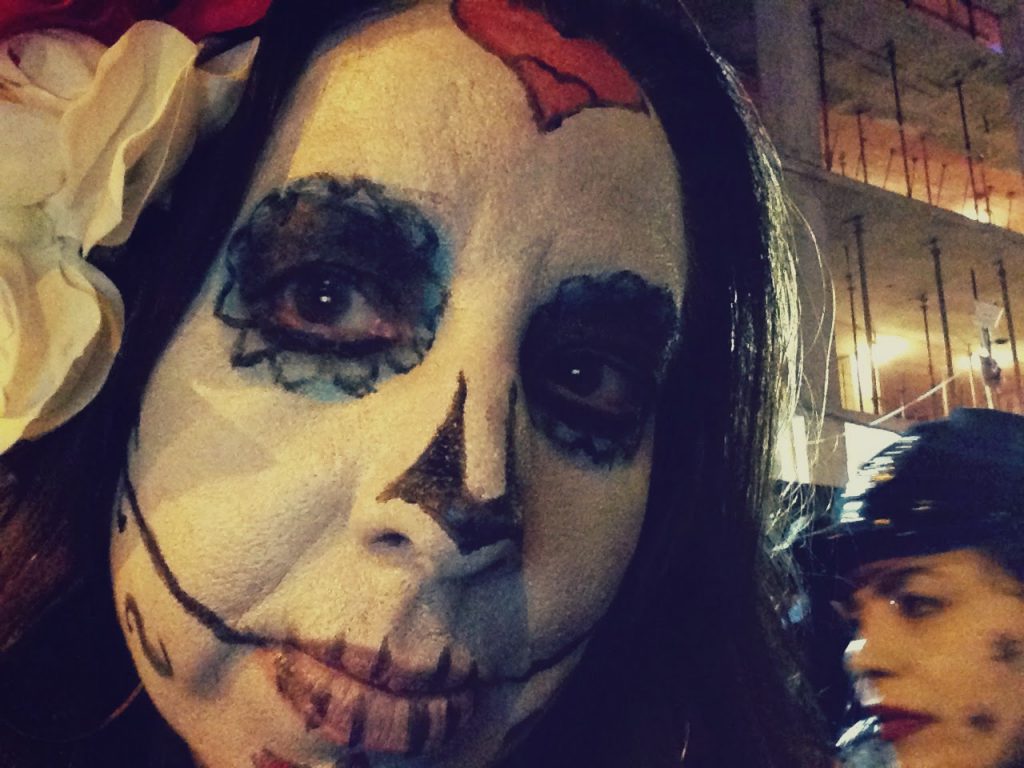 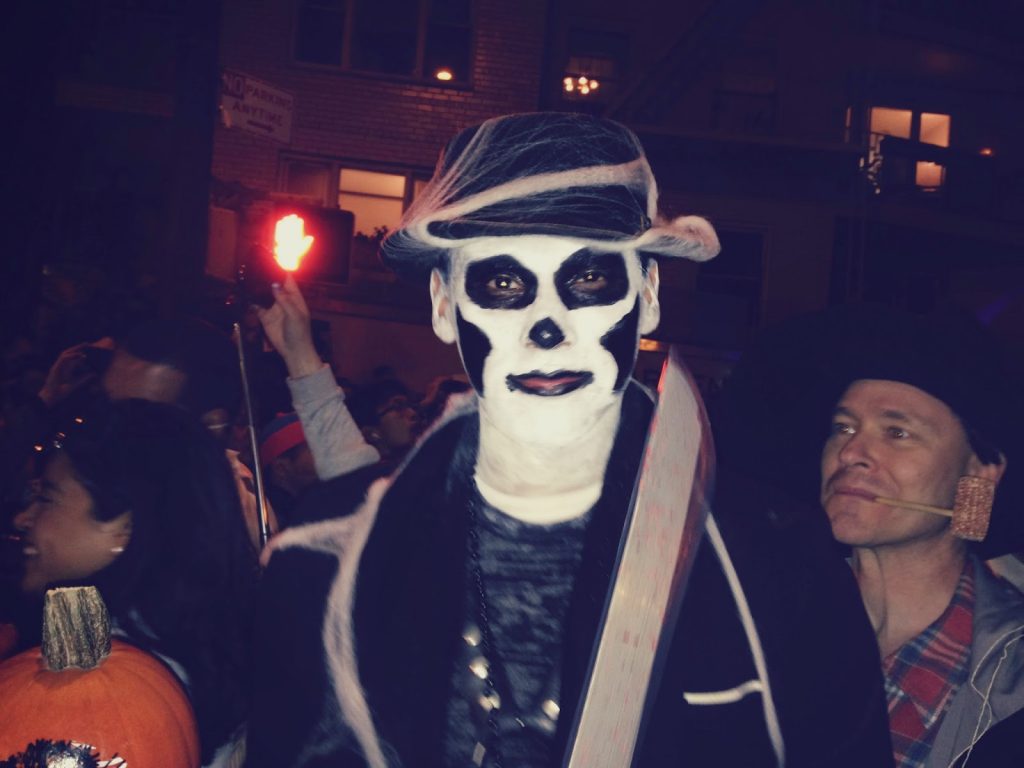 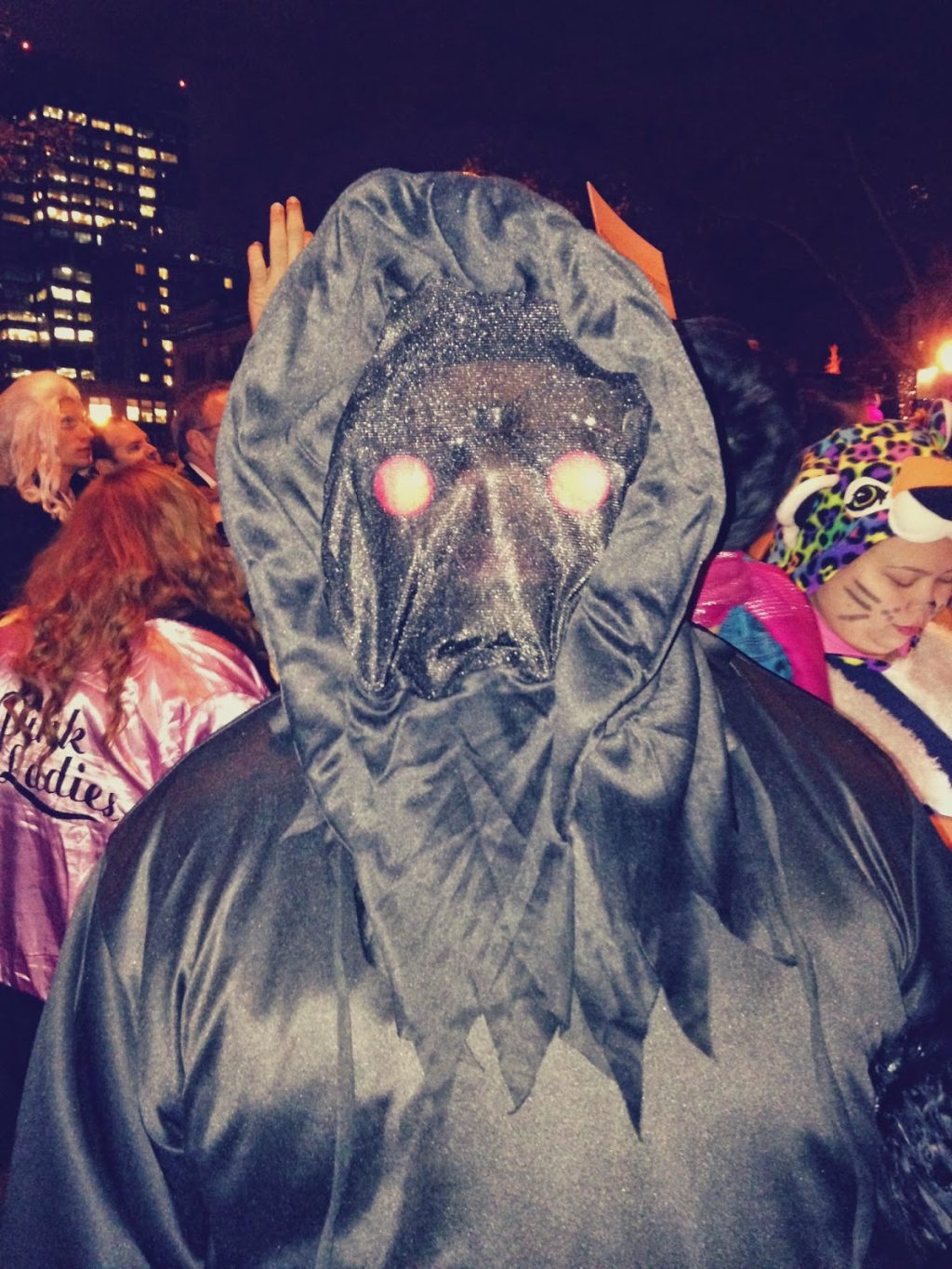 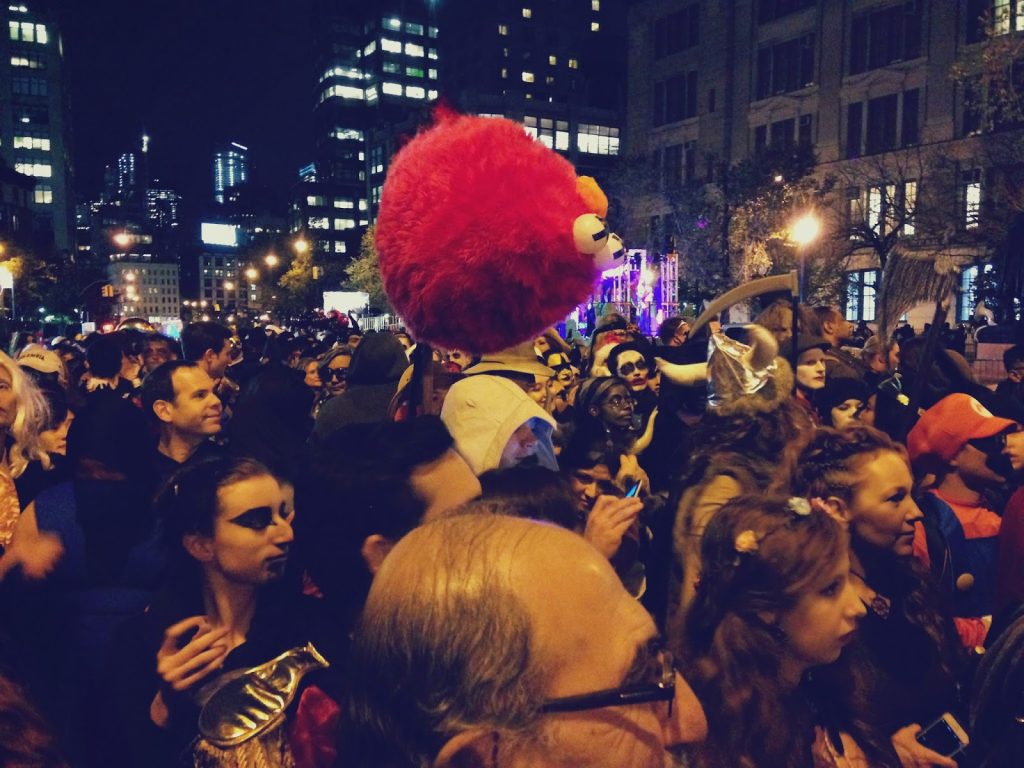 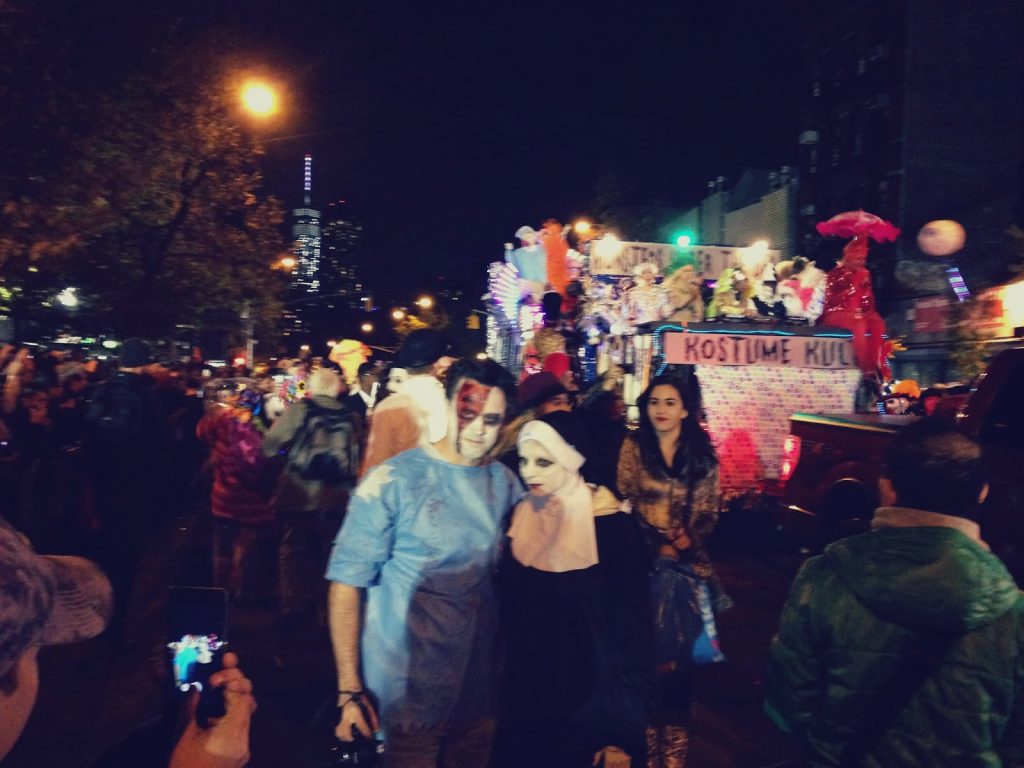 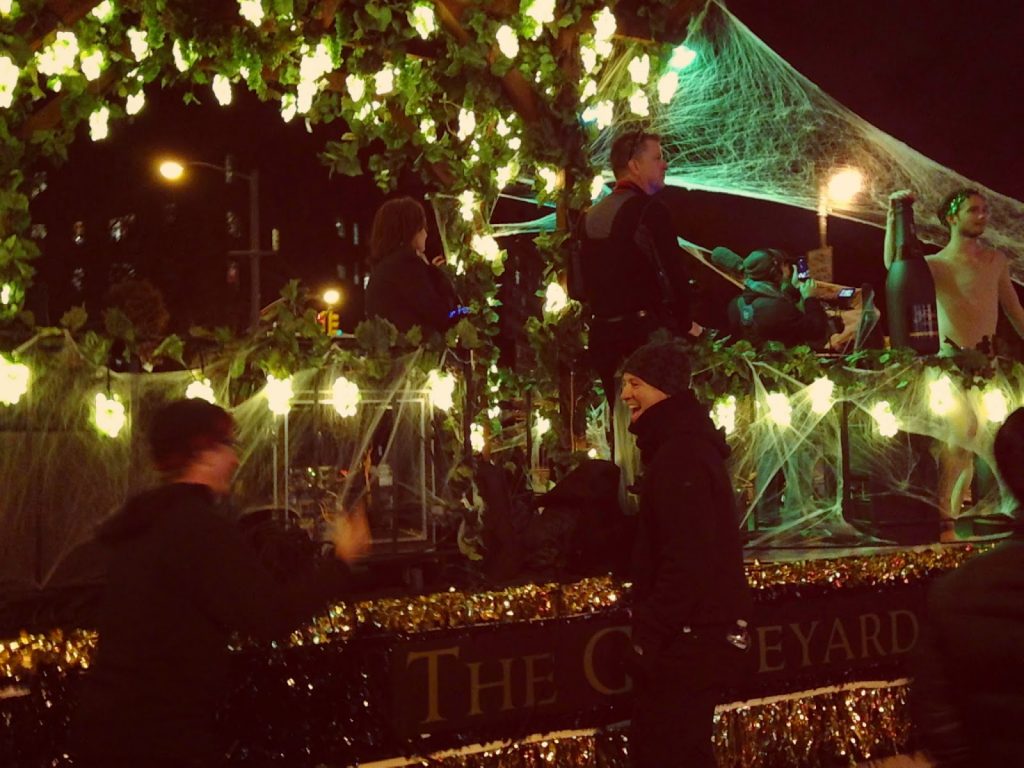 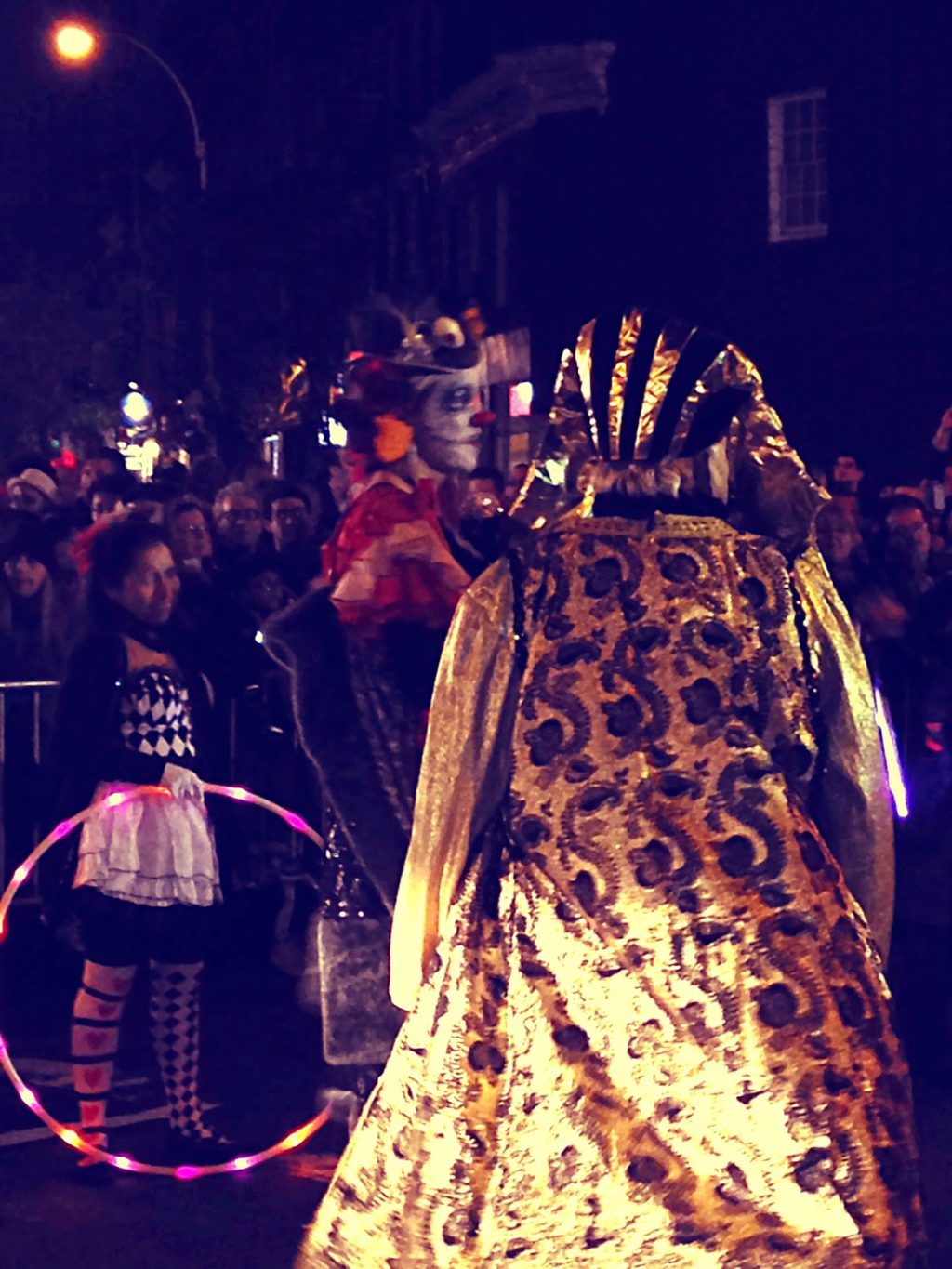 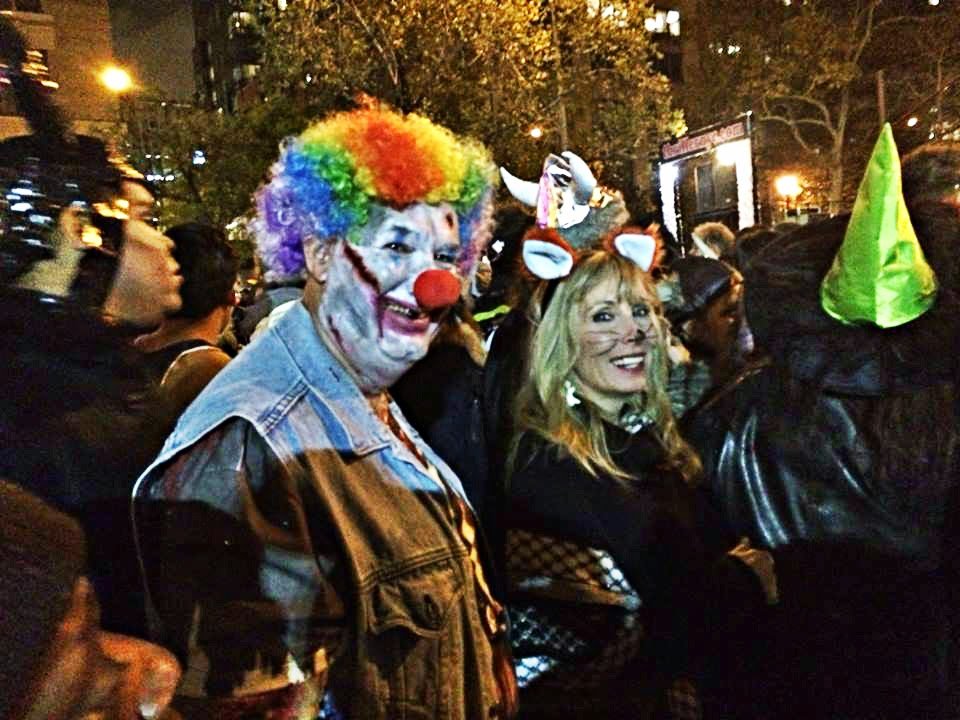 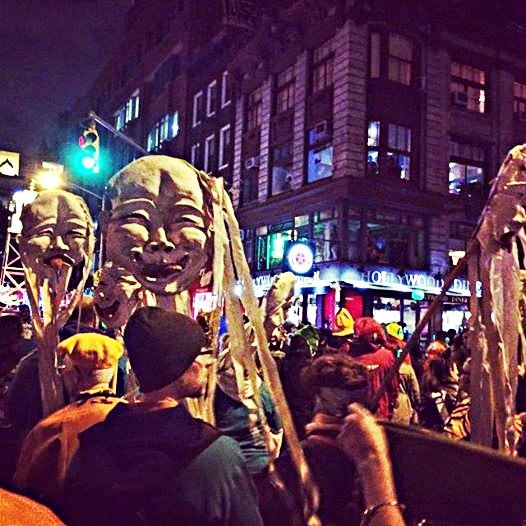 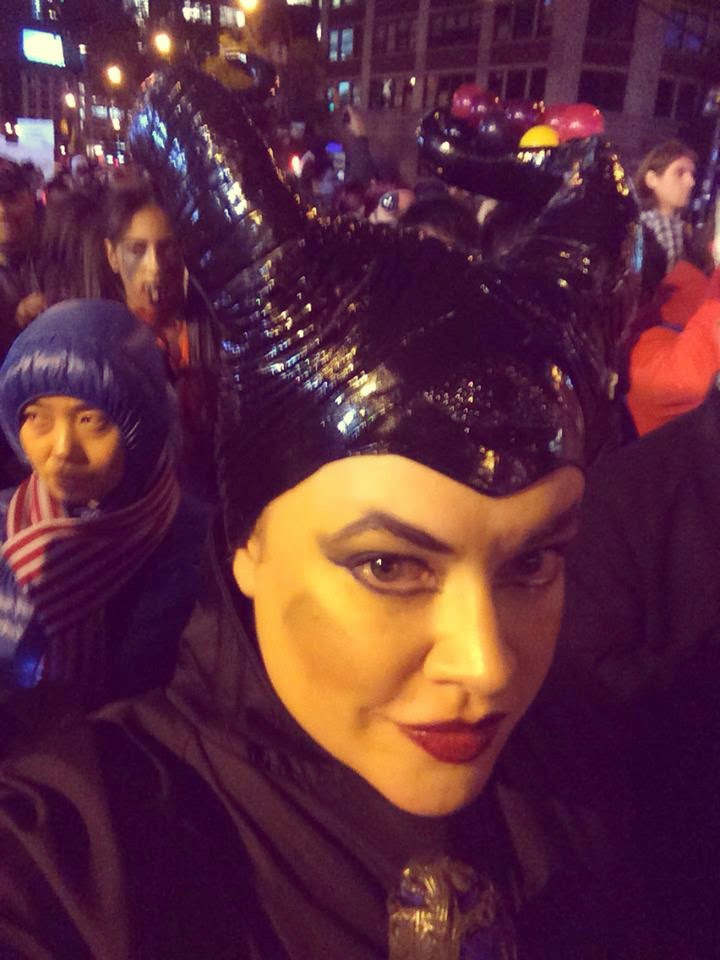 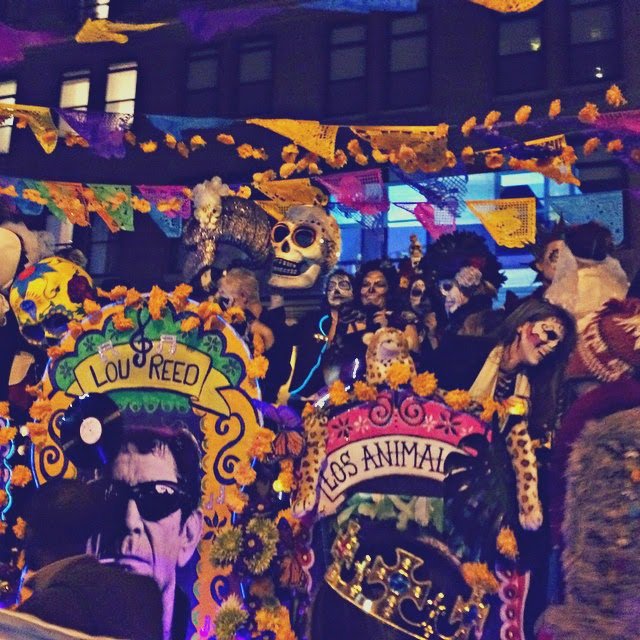 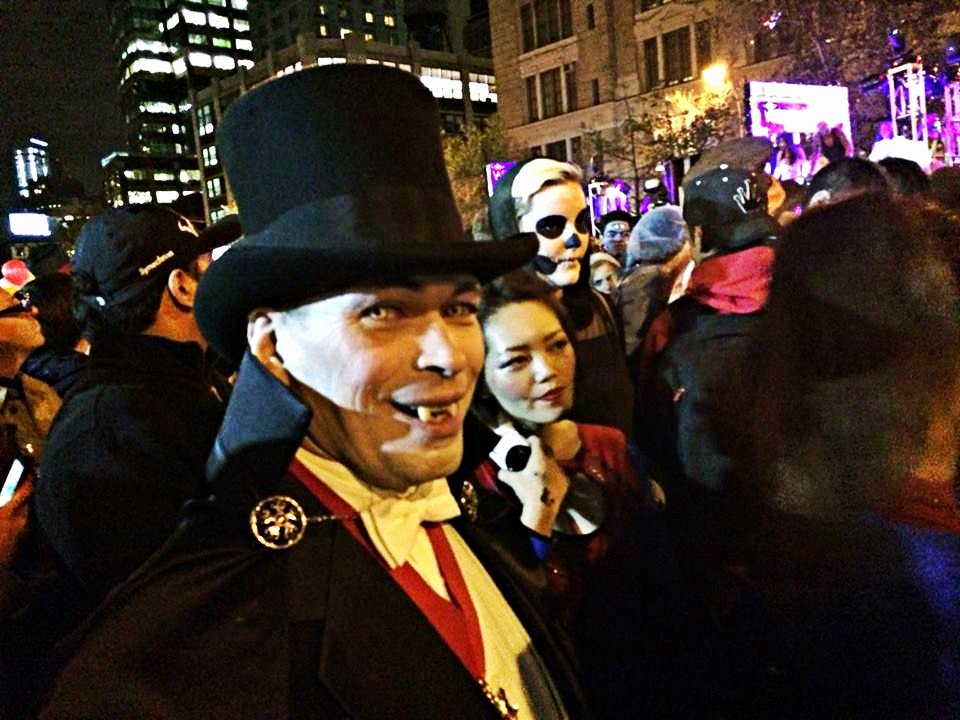 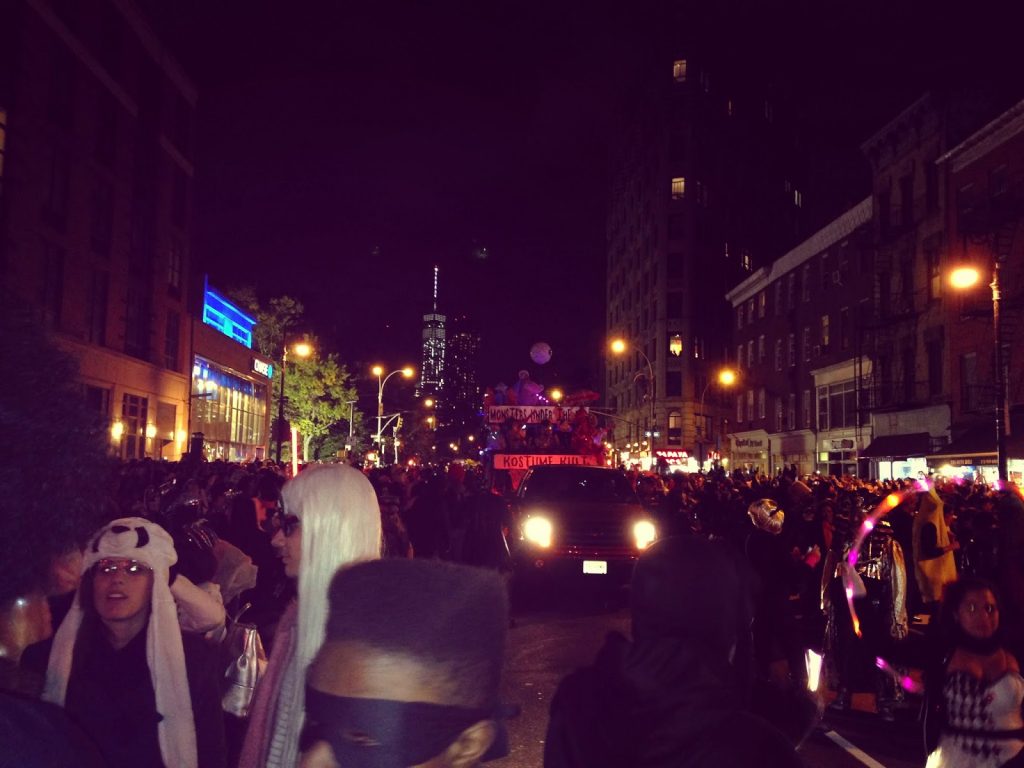 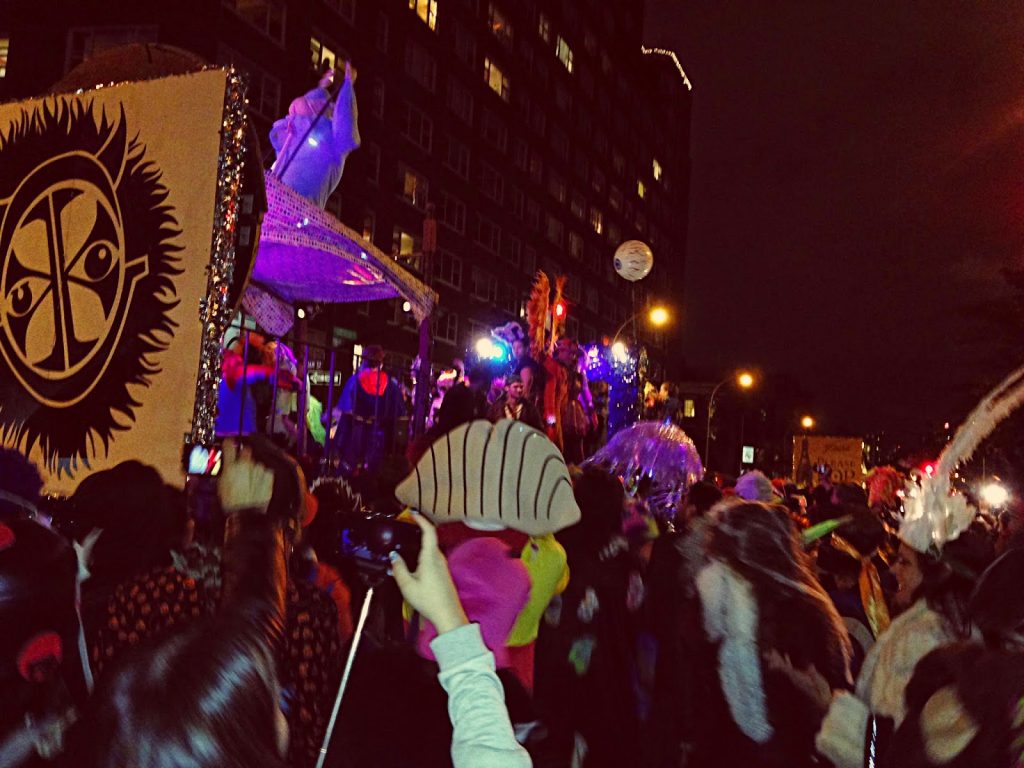 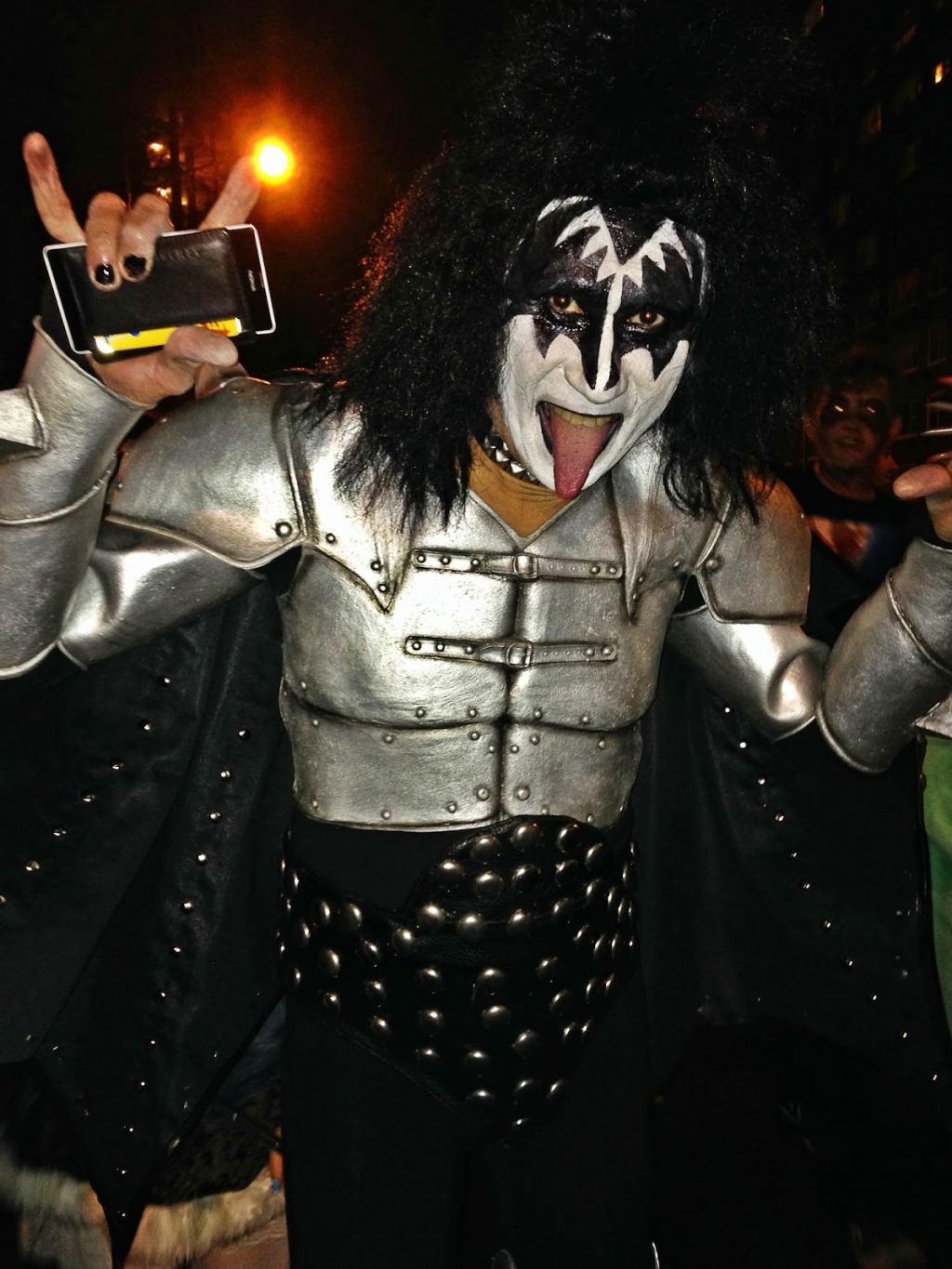