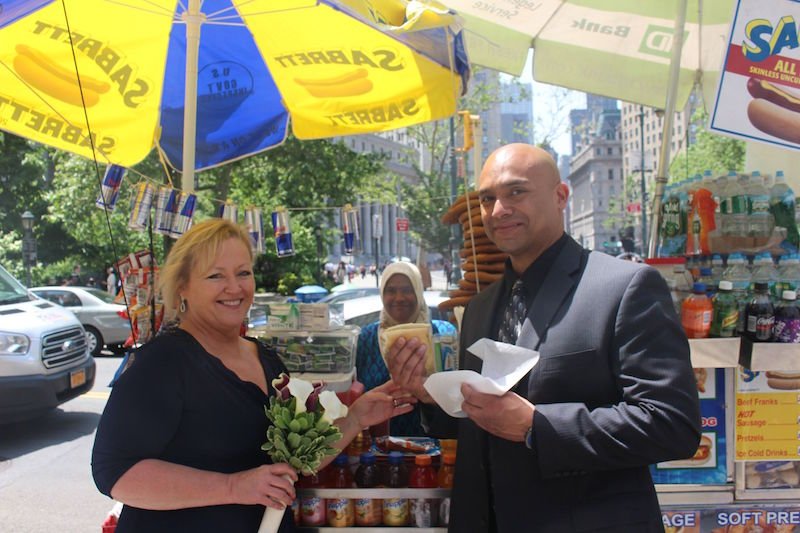 Yes, Carrie and Big got married at City Hall, but believe it or not, each year thousands of real-life couples choose the iconic downtown locale as the place to pledge their love and say “I do.” This video from Vogue made me think about a wedding that I attended this past May.

Without much notice, my friends Terri and Greg planned to get married at City Hall. Terri messaged me and asked if I was free on May 25, and if I’d like to take photos of their special day. Of course –– I was honored and thrilled to be part of their wedding, so I said. “Yes!”

It was a picture-perfect Wednesday –– the sun was shining brightly and temps were in the high 80s. We met outside 151 Worth Street at around 11  a.m. After we walked inside, Terri and Greg went through the necessary steps and paperwork, selected a bouquet of flowers, and within an hour or so we were all called into the wedding room, where the ceremony took only about five minutes! (So, if you decide to go to City Hall to get married, be sure about your decision and commitment to  your partner, because you won’t have much time to change your mind.)

Afterward, rather than wedding cake, they shared what else?  A New York Sabrett hot dog from the cart right outside the Marriage Bureau. Then, Terri and Greg took their first steps hand in hand as husband and wife, with Lower Manhattan serving as the backdrop. We had to take photos at the NYC subway, because Greg works for the MTA. 🙂 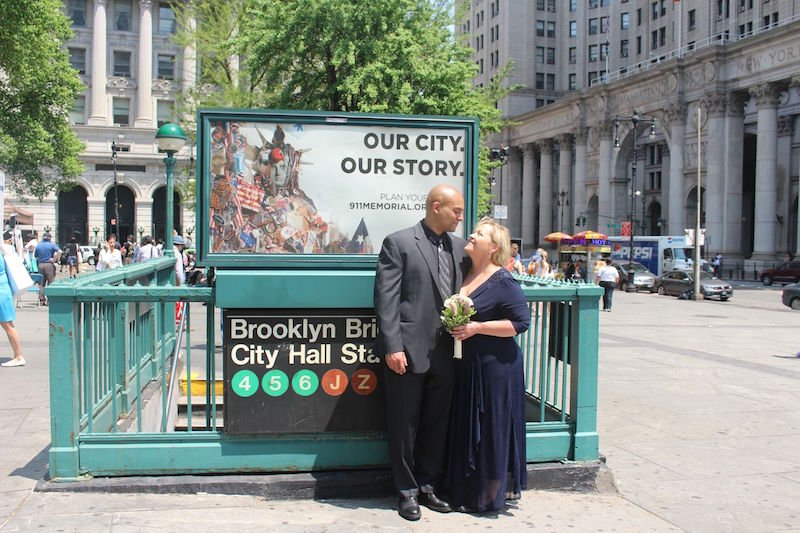 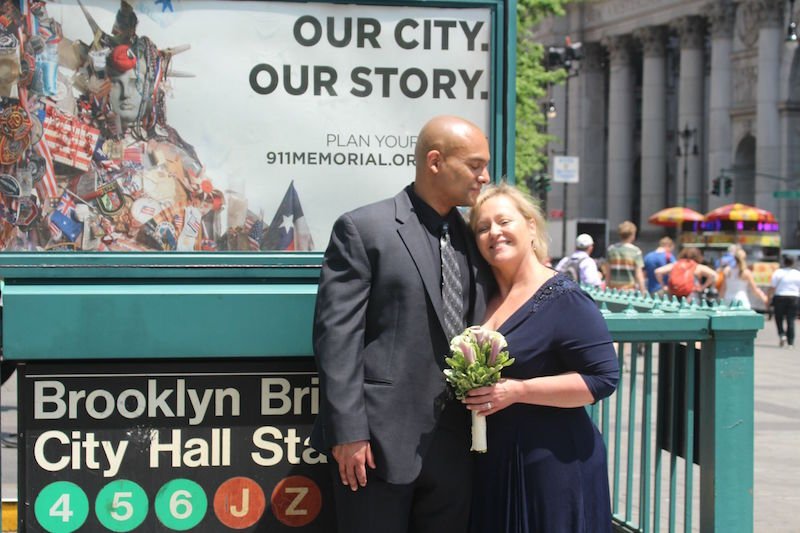 The beauty of getting married at City Hall is that obviously, the cost is low. But more than dollars and cents, there’s no other wedding location as quintessentially New York, at least in my opinion.  Plus, after the ceremony, you can choose to have a nice lunch or dinner at one of the city’s wonderful restaurants, or an all-night party in the bar of your choice, and then get on a plane to the honeymoon destination of your dreams.

I’ve always been a hopeless romantic, and the thought of getting married at New York’s City Hall sounds spontaneous, romantic, and fun. Plus, I’m in the mood to spread the love.

Would you get married at City Hall? 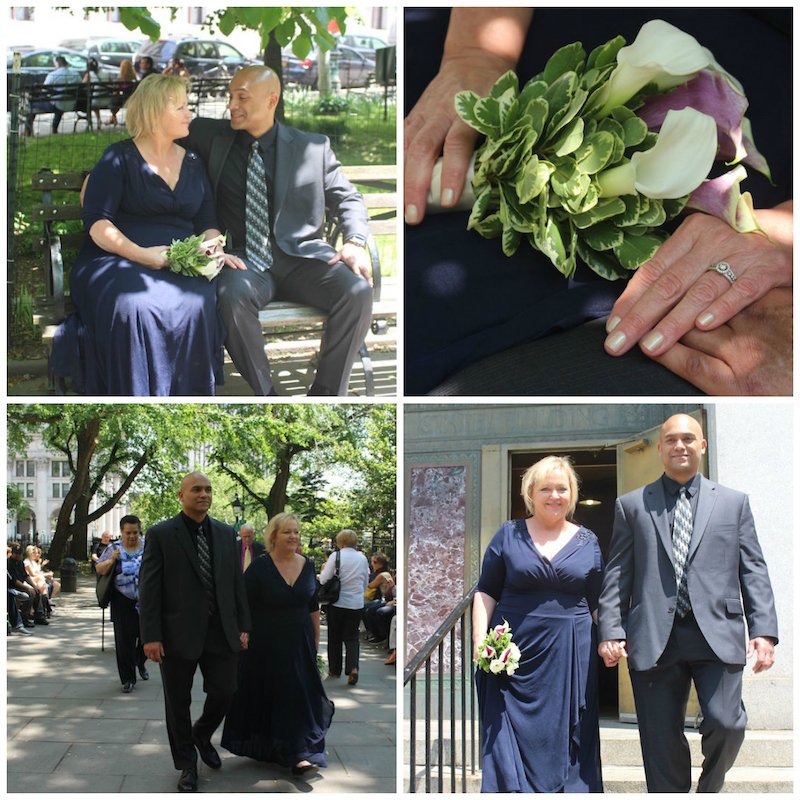 Now…let’s move on to some other things that have been going on.

This list of 77 things to see and do in NYC might keep you busy for a year or so. {Elle Decor}

One New Yorker’s victory party ended in tears. {New York Cliché} The day after the election was rough in New York –– a New Yorker even offered subway therapy. {NY Times}

Living in the same building as Bob Dylan in New York in the 1970s.  {The Village Voice}

Want to do something good? Run a race for elephants in New York City, or run it virtually no matter where you are! {Run for Elephants}

Freelance is no longer free in New York.  Another good thing! {Rodd Chant via LinkedIn}

Turkey day is around the corner. Where to eat Thanksgiving dinner in NYC. {Glenwood Blog}

I can’t get enough of these images by Omar Z. Robles. New York City scenes featuring dancers rather than pedestrians. Stunning!