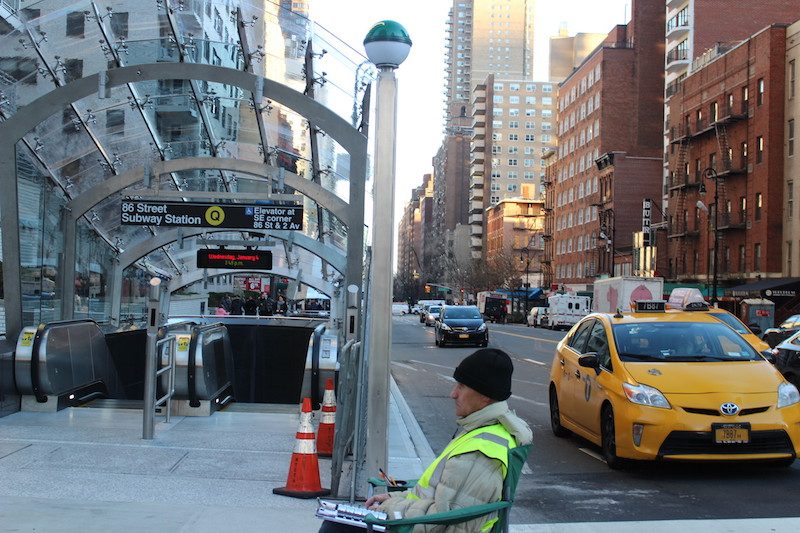 Before I lived in NYC, I had not heard of the Second Avenue subway. I didn’t know this train line should’ve been built but had not come to fruition due to lack of funds. I didn’t know about the construction schedule or where the MTA had planned the stations. I didn’t know anything about it at all……

Since we had only three or four days to find an apartment, the 29th-floor rental at 94th and First sounded like the best deal offering the most space. I wasn’t too familiar with the Yorkville neighborhood, but I was willing to take a chance. When Mike and I rented that apartment, I couldn’t wait to get to New York and start exploring my little pocket of the Upper East Side. Little did I know when we signed the lease in May 2007, about six weeks after my June arrival (Mike moved in May), the area surrounding my living quarters would become a living hell.

If only I had known that monstrous equipment would begin to roll in between 90th and 95th Streets. Jackhammers would pummel the avenue 22 hours a day, bedrock would explode, and with the pandemonium and deafening decibels would come dirt, debris, and workers invading my neighborhood.

Most every local business on Second Avenue would shut its doors because no one wanted to be any place near the construction zone and chaos that came with trying to do something as simple as grab a cup of coffee and a bagel with a schmear. In time, an everyday trip to the grocery store would become not only a hassle but treacherous.

This living hell was the Second Avenue subway project, for which planning began in 1919. (No, I didn’t make a typo…that’s nearly 100 years ago.) Here I was, finally living in New York City, yet the largest infrastructure project in the country resumed not long after I arrived. How did this happen!?

After renting in the thick of the mess for nearly two years, I escaped to the Upper West Side. I can assure you – I didn’t want to see or hear anything about this subway project ever again. Full disclosure: I did make occasional visits to my old neighborhood, but avoided going east of Third Avenue whenever possible.

And so over the past decade, the construction continued, and at moments, we all felt like there was no end in sight….

But, miracles do happen! If you haven’t heard by now, the first phase is complete and the Second Avenue subway is up and running. Like most everyone in this city, I too, am in disbelief.

The three subway stations opened on January 1, 2017. On January 4, I rode the extended Q train for the first time. When I entered the station at 86th Street, those miserable flashbacks of life in the East 90s during 2007, 2008, and 2009 had faded, if not disappeared. After all, I was standing in the most spectacular subway station I’d ever seen in my life. I was ecstatic! (I am not alone in this feeling.) 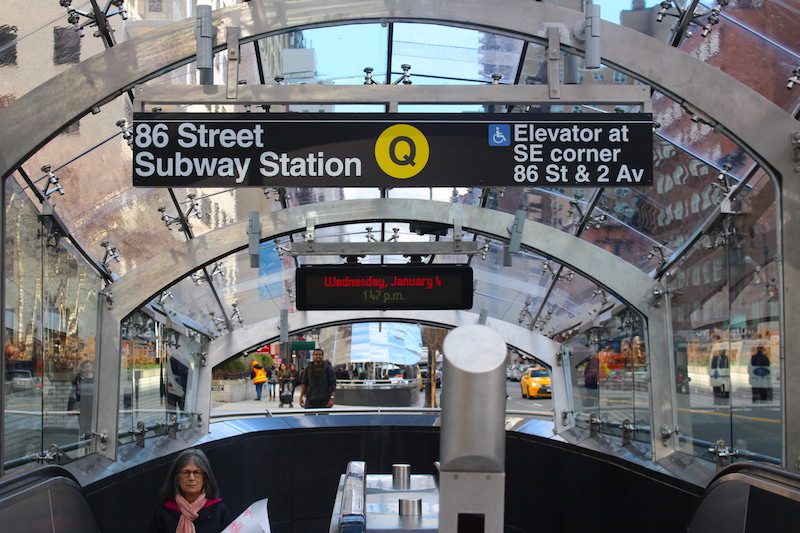 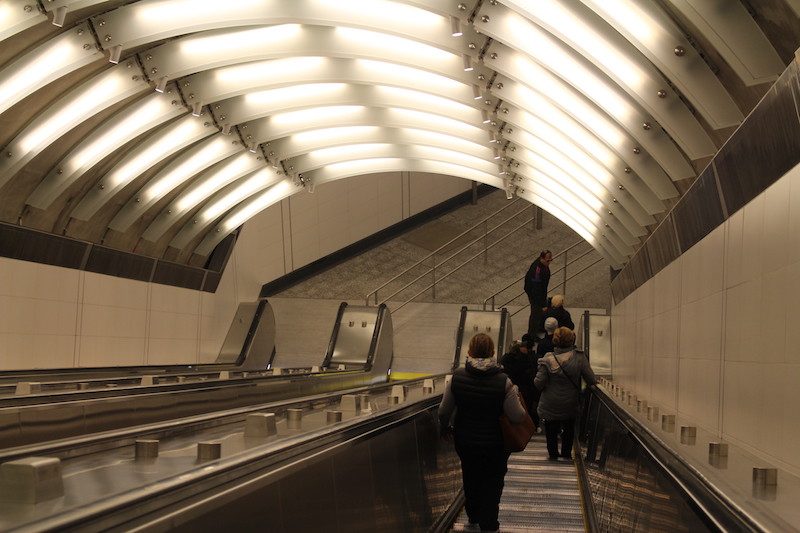 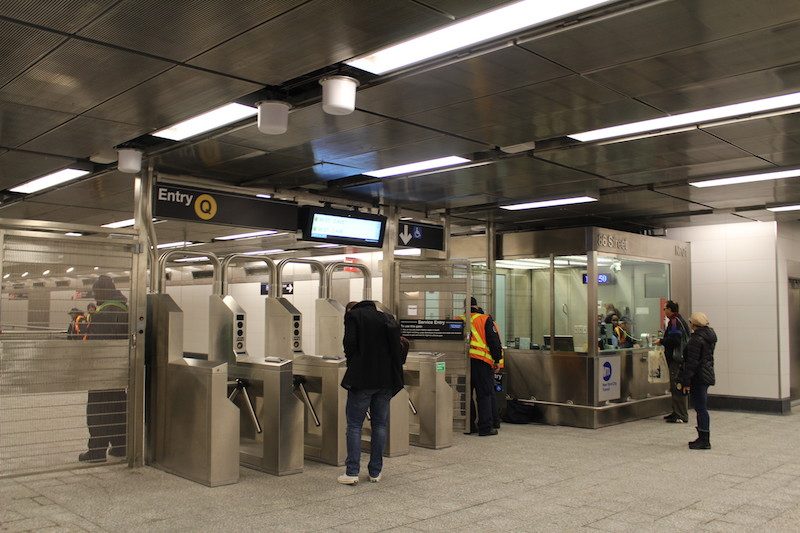 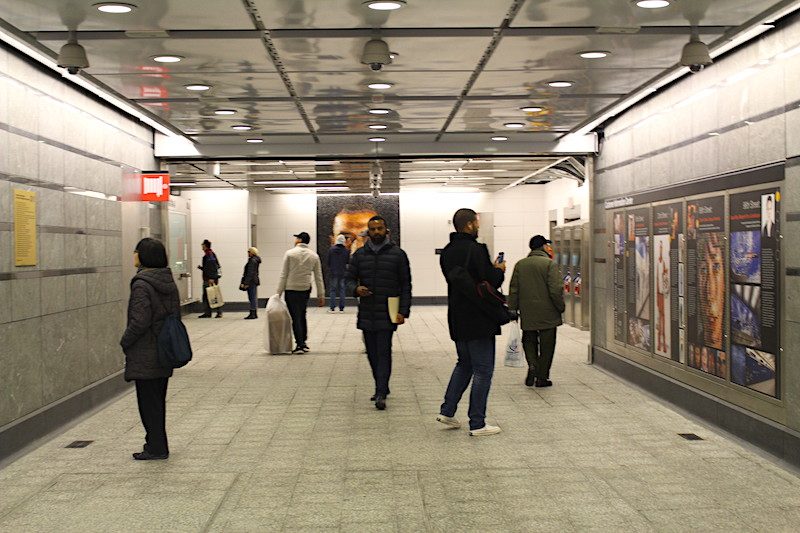 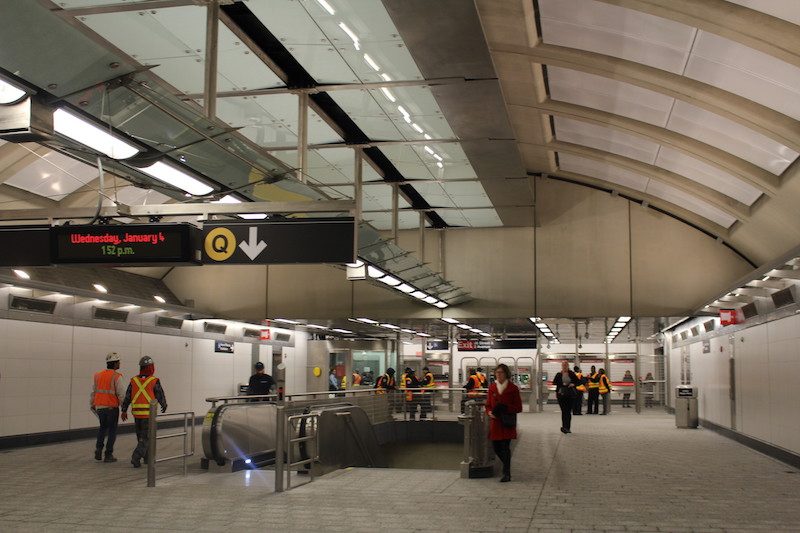 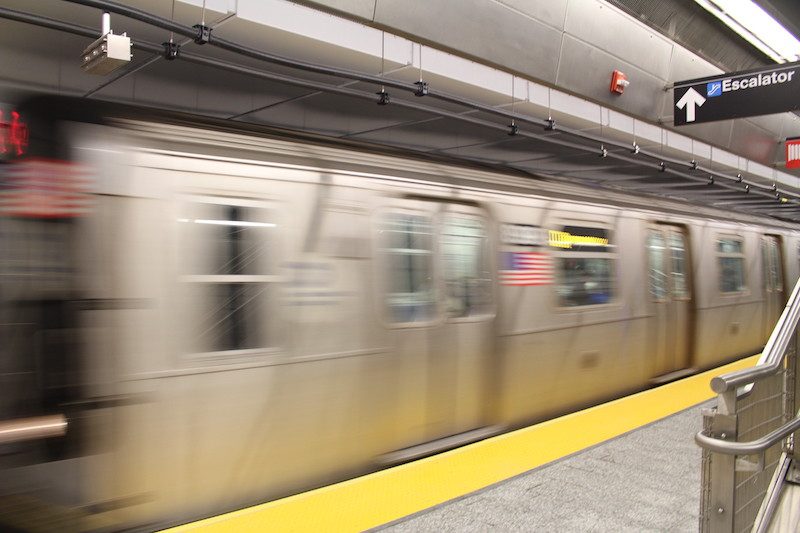 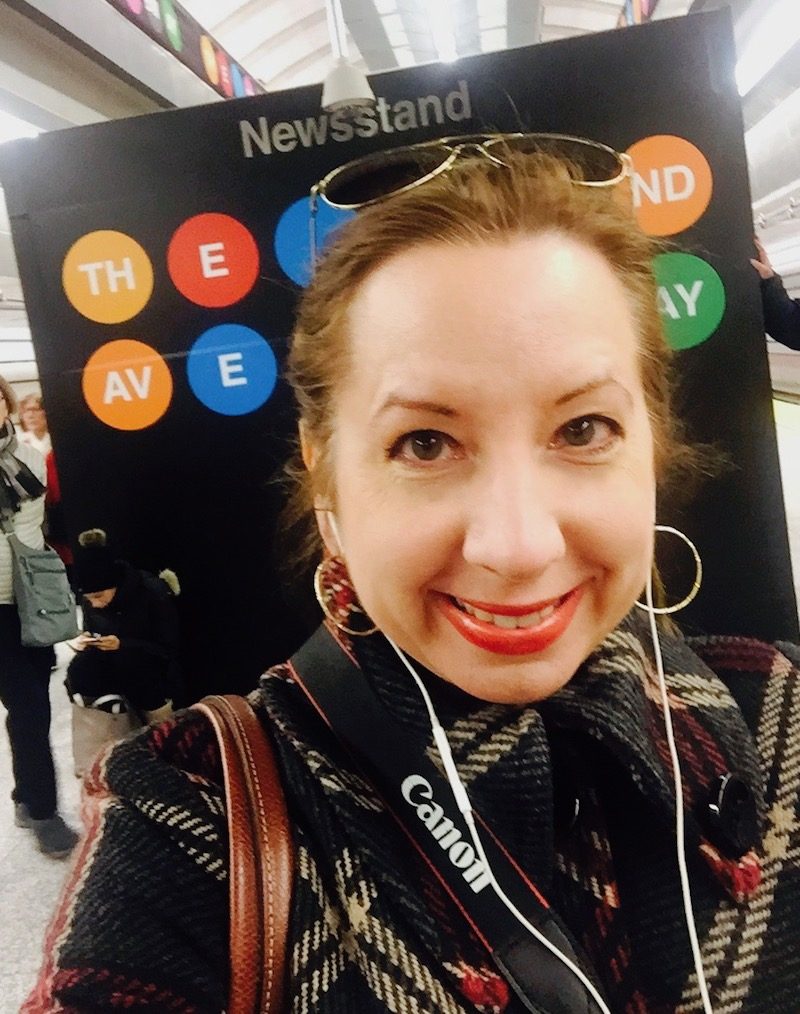 I couldn’t stop smiling. I couldn’t stop taking photos. After living in NYC for nearly a decade and experiencing the inconvenience and hot mess of this endeavor for almost two years, I did NOT want to leave the subway station. I wanted to call everyone I know and invite them to the grand reveal!  To socialize in the Second Avenue subway….can you imagine?

As I gazed at the 86th Street Station in awe, I noticed others doing the same. It appeared as if some people weren’t there to ride a train, but rather, check out the situation, like me. Maybe they were thinking, “Gee, let’s go chill out on the platform at 86th Street. “MTA workers were hanging out in the stations too and seemed to be as thrilled as the straphangers. (With cocktails, we could’ve had one big party underground.)

While I was there, I had ride to the train, so I got on and traveled south to the 63rd Street station. The jaunt was smooth and seamless, probably the best if not most memorable trip for me.

I exited and ate lunch, then walked north to get a glimpse of the 72nd Street Station, which was also stunning. Afterward, I hopped on again and rode the train to the last stop at 96th Street, yet another marvel.

Lastly, I strolled south to the 94th Street entrance. There it was. The train station stood on the block where I had lived nearly a decade ago. The corner of 94th and Second had never looked so good. Again, more disbelief. 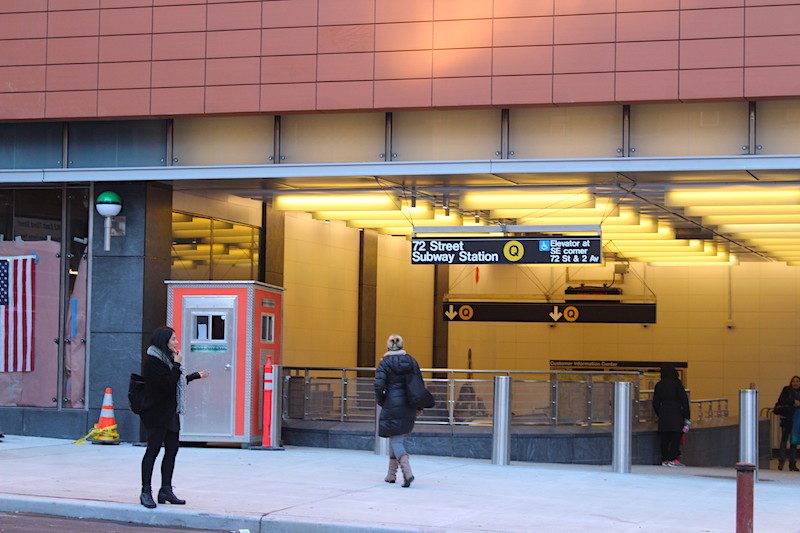 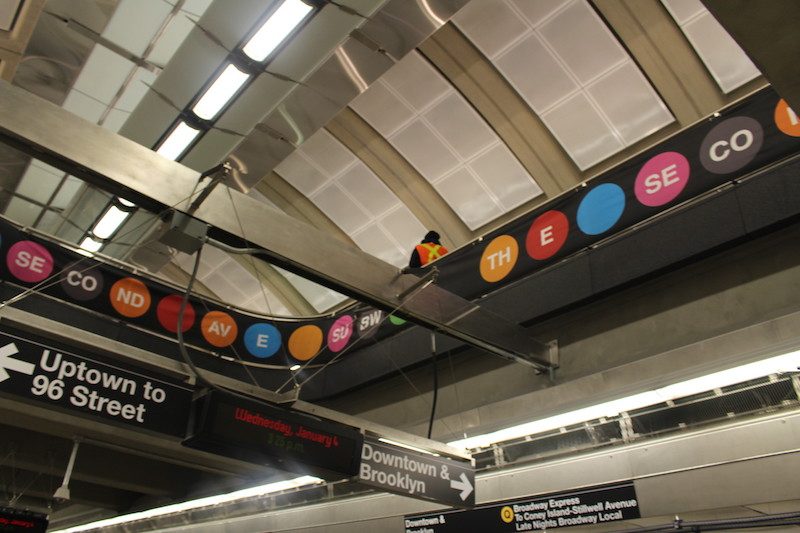 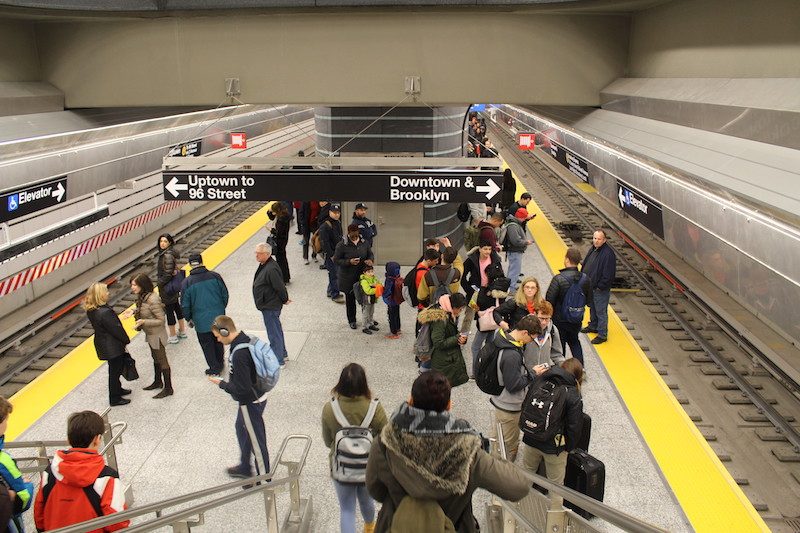 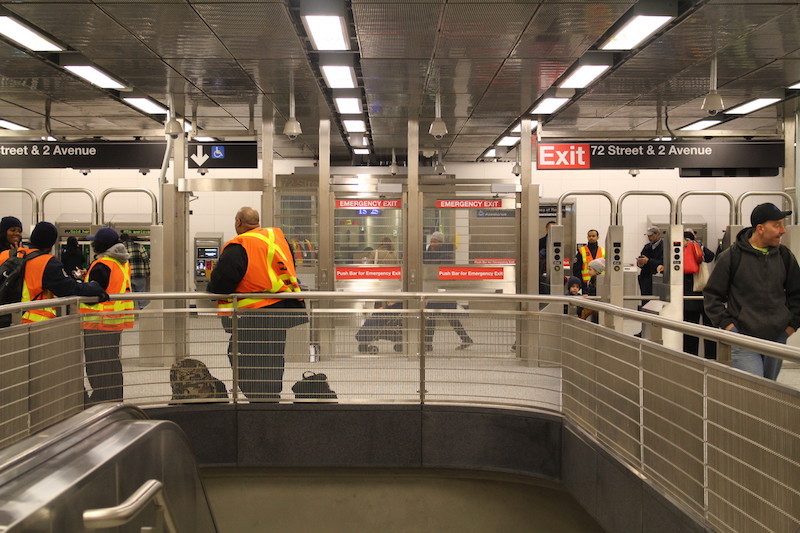 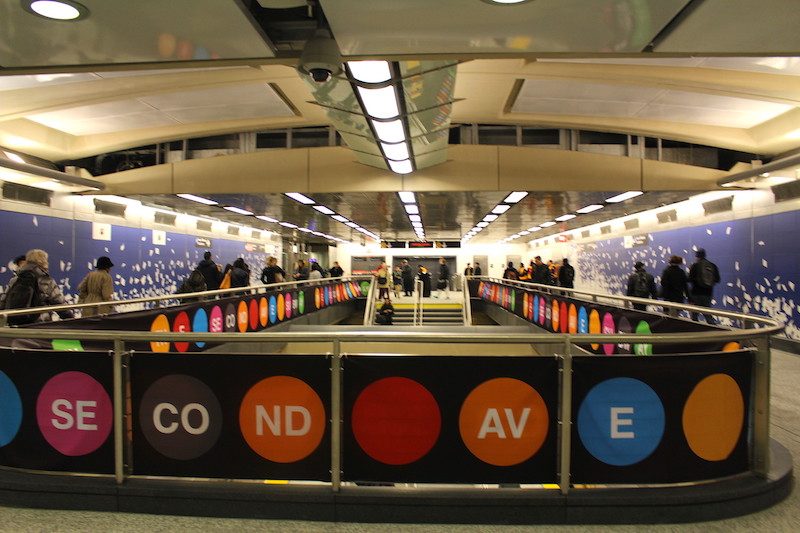 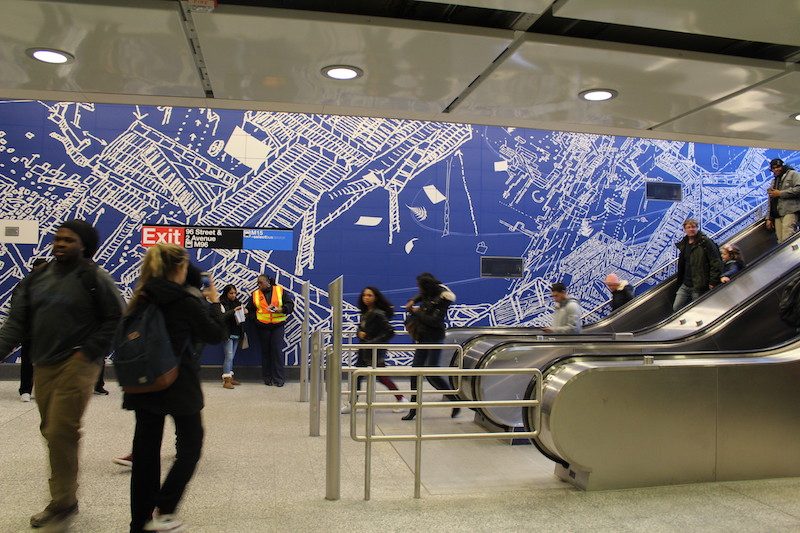 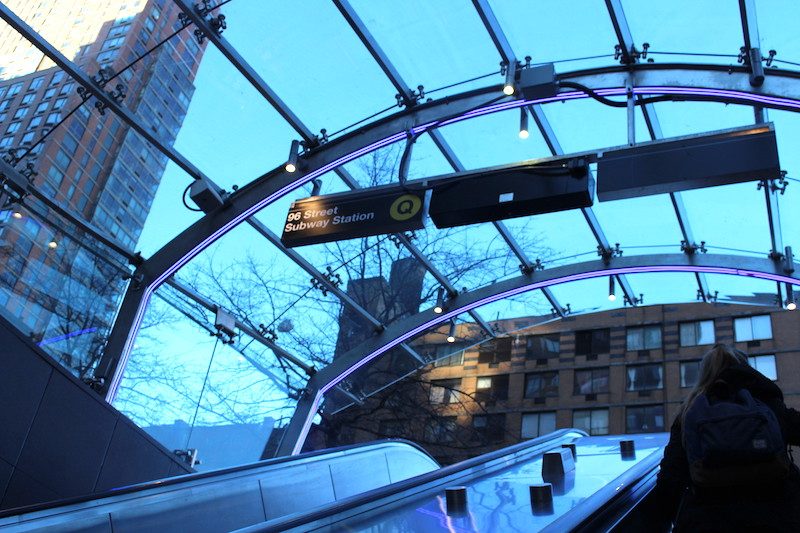 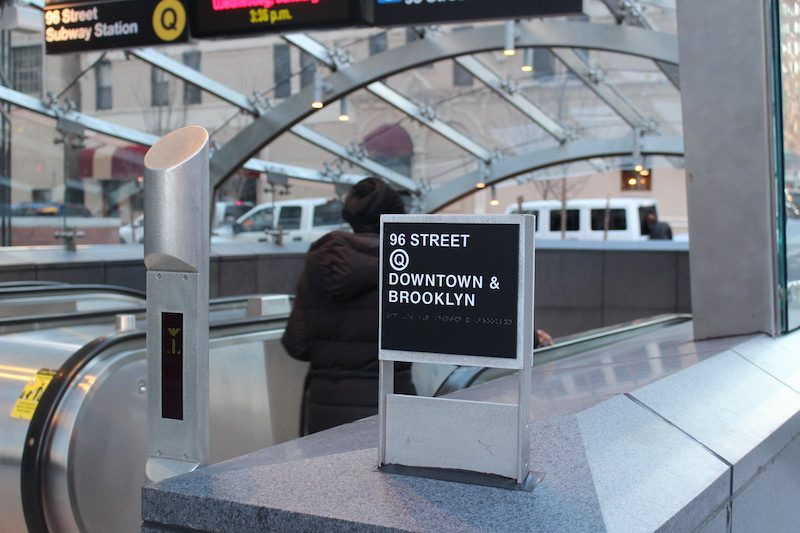 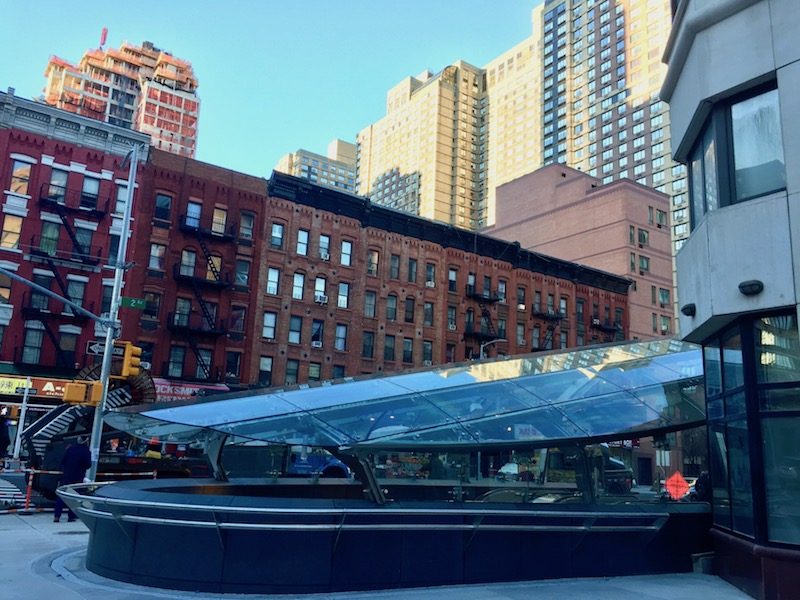 94th and Second, a block from my first New York apartment.

Not only are these stations spotless and well designed, but each has its own art project. The artwork is fabulous. 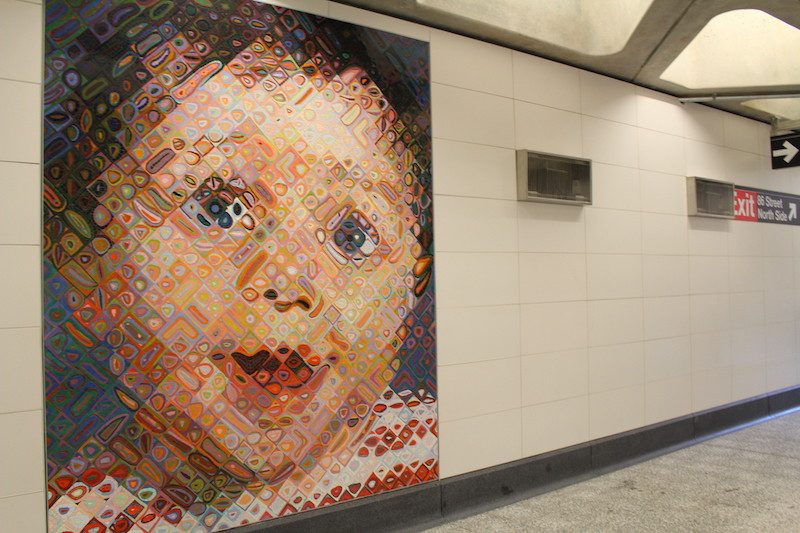 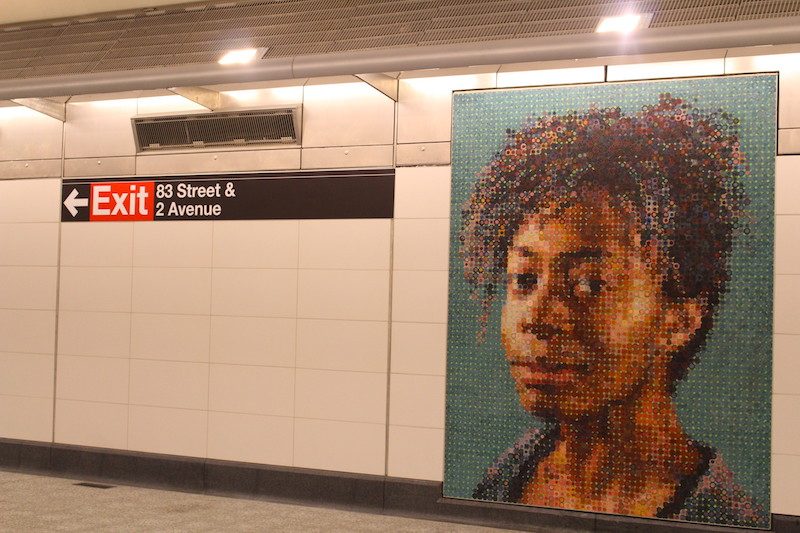 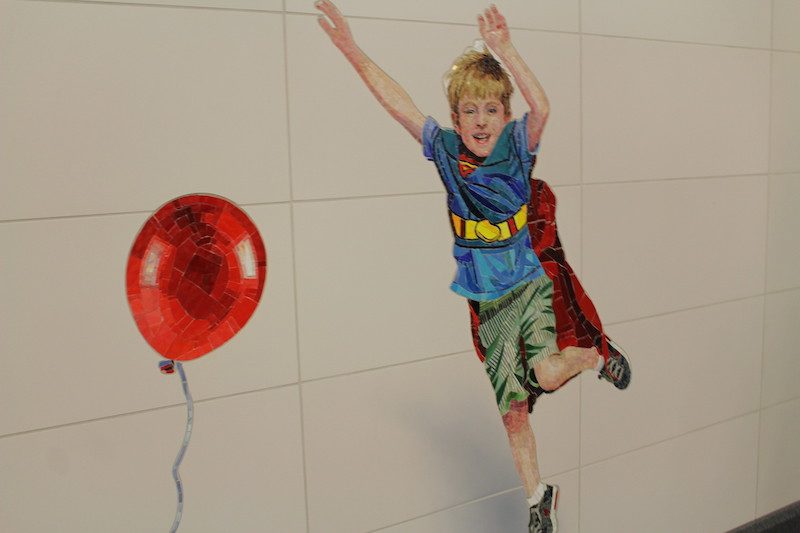 We have stairs, escalators, and elevators! Moms won’t be schlepping their kids down three flights of steps or looking for strangers to assist.

And there is so much space, I can’t even believe how spacious these train stations are. 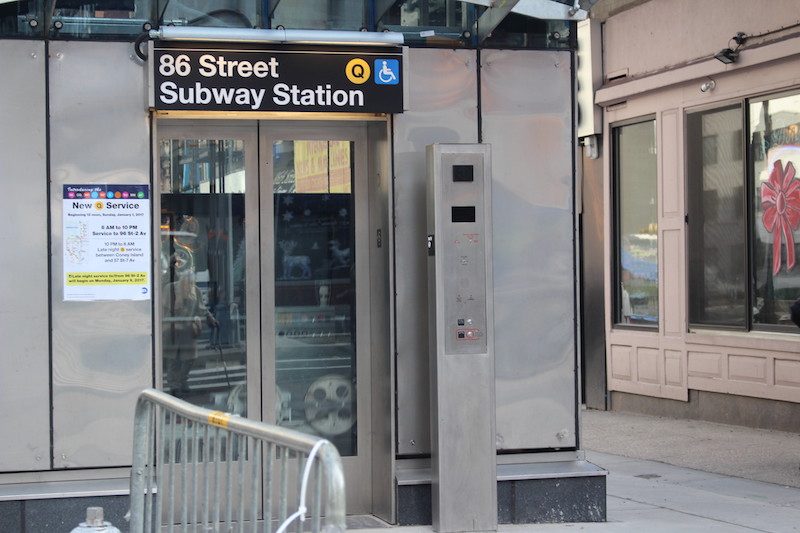 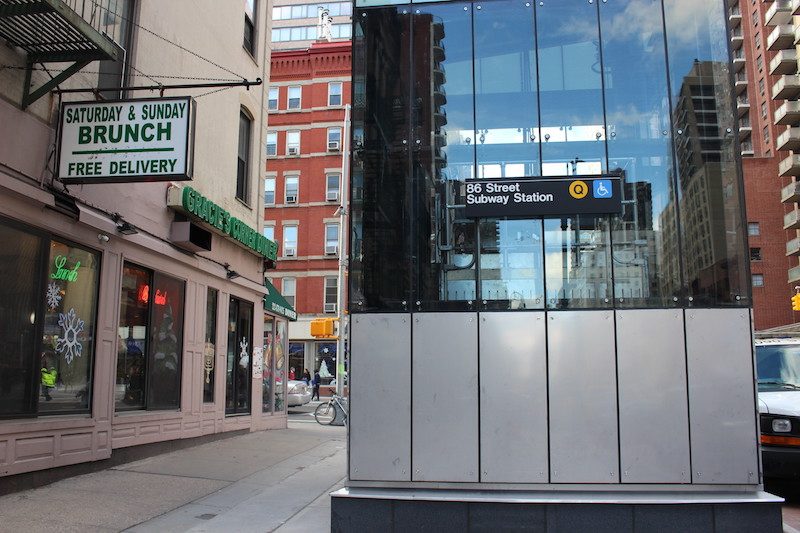 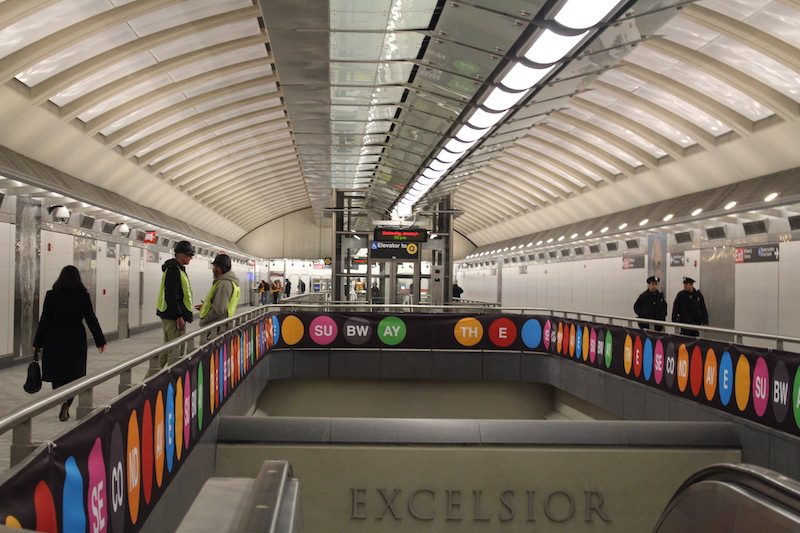 The Second Avenue subway is a testament to the sheer tenacity of this city and the people who live here. Yes, completing the project might have taken nearly a century, but we did it.

The Second Avenue subway starts at 96th Street, with stops at 86th, 72nd, and 63rd Street, where the line connects to the F train. The train continues to 57th and 7th before heading to Times Square and Penn Station.

The line will ease the crowded commute on the Lexington Avenue 6 train, which has provided service to well over a million riders a day, making it the the busiest train line in the country.

For a map with all stops and more info on the Q, now proudly known as the Second Avenue/Broadway Express, head over to the MTA website. 🙂

Also, the Second Avenue Sagas is a great blog that chronicles the project.