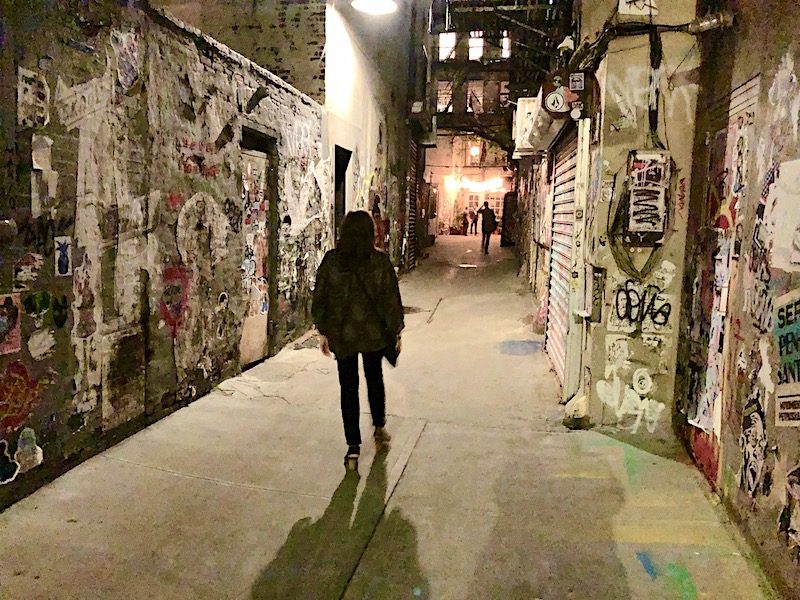 You won’t find all New York streets on a map. Despite the city’s easy-to-navigate grid system, there are some streets throughout NYC that are still considered secret.  Mews (once characterized by rows of stables, sometimes with carriage houses), as they’re often called, are official city streets, but they’re gated, private, or not noticed by passersby.  The next time you’re out and about, see if you can find these hidden mews in NYC.

Just north of Washington Square Park and between Fifth Avenue and University Place is Washington Mews –– a charming street with structures that were originally built as stables for horses in the area. In 1881, the city erected the iconic black gates to remind everyone that the tiny street was, in fact, private.  This hidden mews has been owned by New York University since the 1950s, and used for housing and offices. 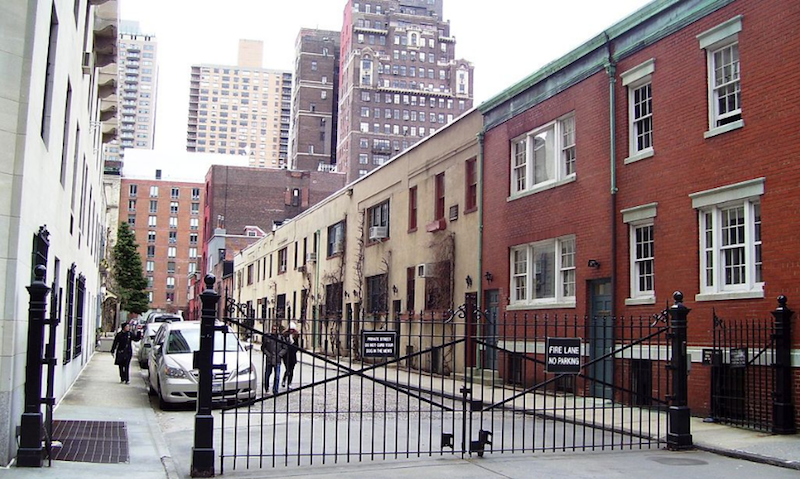 If there’s one place where the 1980s spirit in the Lower East Side won’t die, it’s Freeman Alley. Local graffiti coats the walls of this alley despite having been painted in 2012.  Prominent artists including Hanksy and Army of One have been known to create pieces here.  At the end of the alley (which is not a through street), you can find Freemans – a rustic, colonial American-inspired restaurant. Freeman’s Alley, though small, is a perfect bite-size piece of edgy NYC culture.

Taking the staircase less traveled can literally lead you to a hidden neighborhood – like it does in Washington Heights. Part of the Jumel Terrace Historic District designated by the Landmarks Preservation Commission, the buildings along Sylvan Terrace’s cobblestone street have been restored to their original 19th-century appearance.  Despite its modern surroundings, Sylvan Terrace’s wooden row houses have dark green accents and painted glass paneling like their original counterparts. 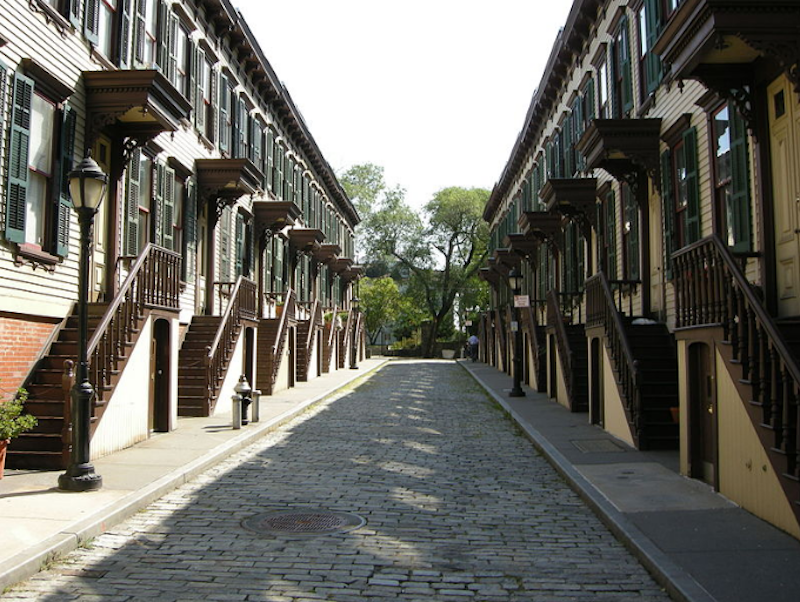 Getting into this ultra-exclusive apartment complex means you have to undergo an intense vetting process, but residents say that it’s completely worth it.  Pomander Walk is a row of Tudor-style houses tucked mid-block between Broadway and West End Avenue. While there isn’t a lot of space split between the two dozen units, residents make this mews feel like a fairytale. String lights cover the buildings during the holiday season and the open green space is full of flowers come spring and summer. 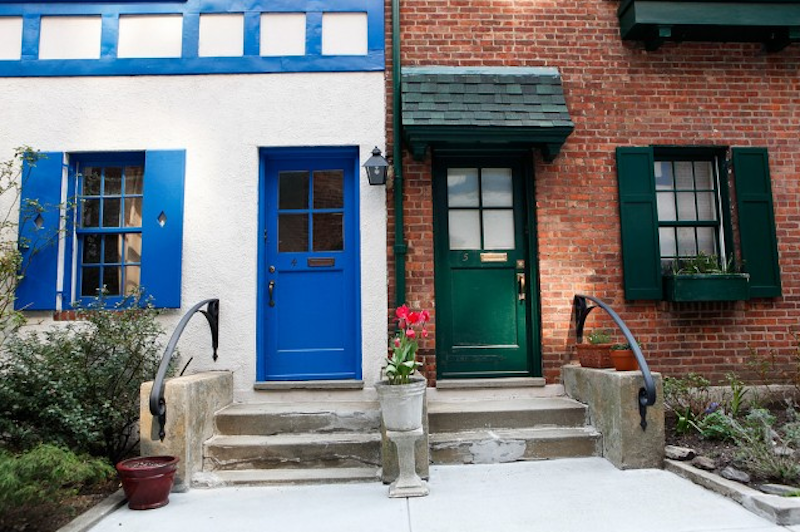 The brick cottages on Warren Place were built in the 19th century by Alfred Tredway White and have since become an area for some of the city’s most expensive townhouses.  When constructed, the cottages were meant to serve as affordable housing units for the working men of the city, which they did until real estate skyrocketed. The asking price for one of the Warren Place cottages today is 200 times its original price.  If you’re able to invest in a space, it would be worth it for the picturesque English-style courtyard you’d have exclusive access to. 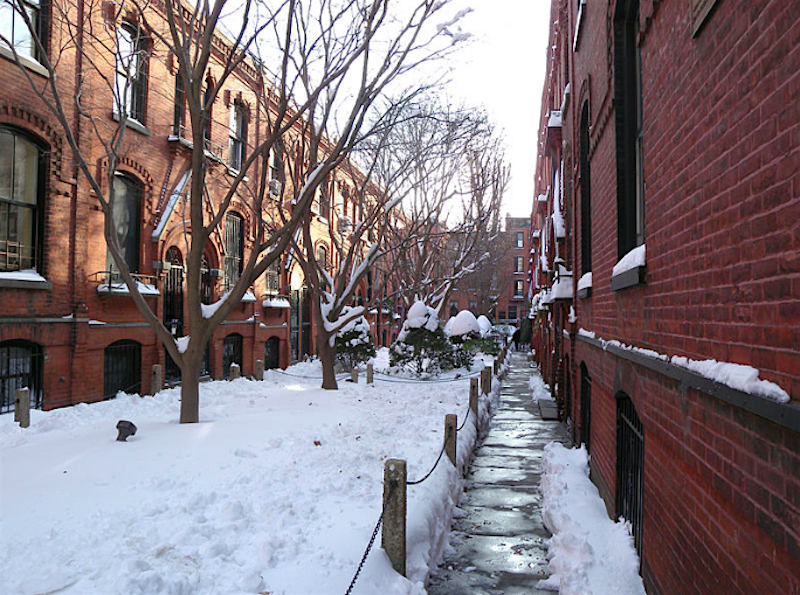 Also, Walking on West 20th Street in Chelsea, and one of the prettiest neighborhoods in Brooklyn.