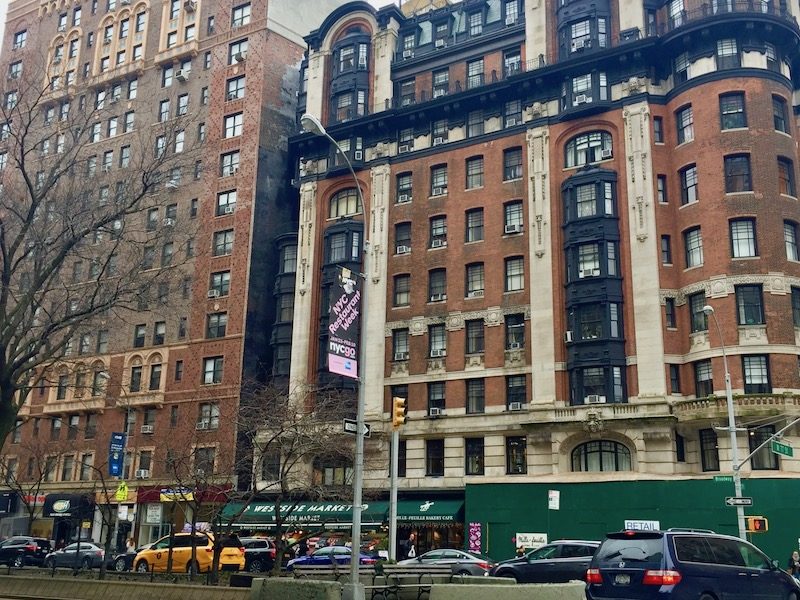 Could you share a studio apartment with someone? In New York City, studio living is the norm for a lot of locals. One-room apartments are more affordable than one-bedrooms, so some New Yorkers are content to live in a single room. My friend Scott has lived in a 300-square foot studio for about 15 years. His apartment is one of the chicest small spaces I’ve seen.

As a single girl, I lived in studio apartments long before my New York life. I LOVED living in one room, believe it or not. I loved everything at my fingertips.  I loved that I didn’t waste time walking up stairs or from room to room. And when I did need to go to the kitchen, it was five steps away from my bedroom.

My first studio was a second-floor walkup in a townhouse on tiny Mount Vernon Street in the Art Museum area of Philadelphia. It had a huge bay window and was large enough for a full-size bed and nightstand, loveseat, two small club chairs, and a drafting board (I was in school for interior design at the time.) The kitchen wasn’t exactly a chef’s dream, but it had a 20-inch range, a tiny sink, a freestanding cabinet with a microwave, refrigerator, and enough space for a table for two.

My studio apartment had the original Victorian bathroom in the house, so it was huge with a window that allowed plenty of light. Size or amenities didn’t matter. What mattered was that it was mine for $400 per month. I lived there for over two years. 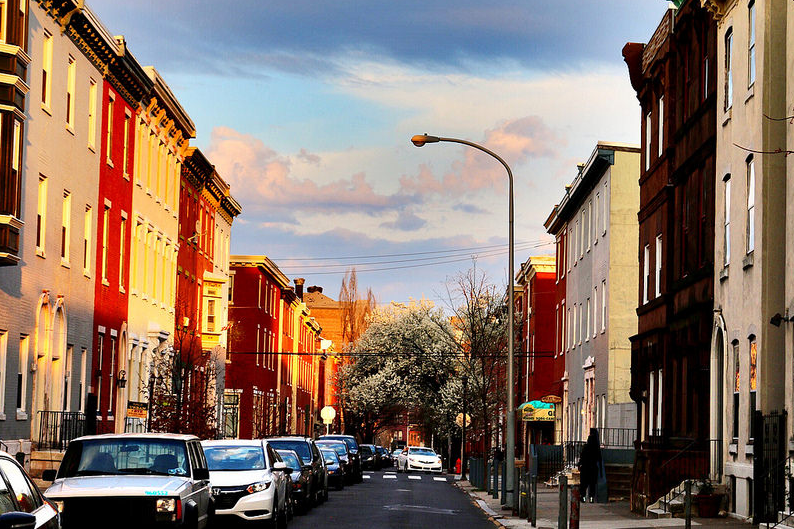 My second studio apartment was in a historic district in Reading, PA, also the town in which I was born and raised. I returned to Reading for a short time post-interior design school. Funny thing – my apartment in the Centre Park Historic District was also a second-floor walkup with a large bay window! And in that one room, I managed to fit the same full-size bed and nightstand, loveseat, club chairs, drawing board, and added a dresser. And still, I had enough floor space to twirl around!

The ceiling tiles in studio two were hideous, so I draped yards of sheer fabric to hide the ceiling. It took me a long time to cover it because I used a hammer and nails. I painted the floors too.

The kitchen was huge but didn’t offer much more than my Philly kitchen as far as appliances and counter space. I placed the same table for two in the center of the room, but I could’ve easily moved it aside and had a dance floor in the kitchen. I lived in that apartment from January through October, so not very long. I paid a mere $280 per month. After which, I decided to relocate to Atlanta where I upgraded to a one-bedroom apartment for $600 per month. That was luxury!

I never felt deprived living in one room, but I lived in my studio apartments alone, and not with a roommate. To be honest, I couldn’t have lived in these apartments with anyone. Not my best friend, not a boyfriend, and not my husband. When living with someone, a second room makes all the difference in your sanity. I can vouch, because Mike and I have shared a two-room apartment for almost eight years (with a Chocolate Labrador Retriever and cat, no less.)

Unbelievably, some New Yorkers do share one-room flats, like this couple who share a studio apartment in the East Village. They’ve managed to do so for years. And plenty of couples (some even with a child!) live in tiny spaces, as do complete strangers. They don’t mind living with less, and lower rent leaves more cash for exploring our great city.

Do you love New York enough to share a one-room apartment with a friend or significant other? It is possible! But I recommend reading these recommendations first. Head on over to my latest article on the Cubesmart City Blog for nine tips on how to share a studio apartment in NYC. 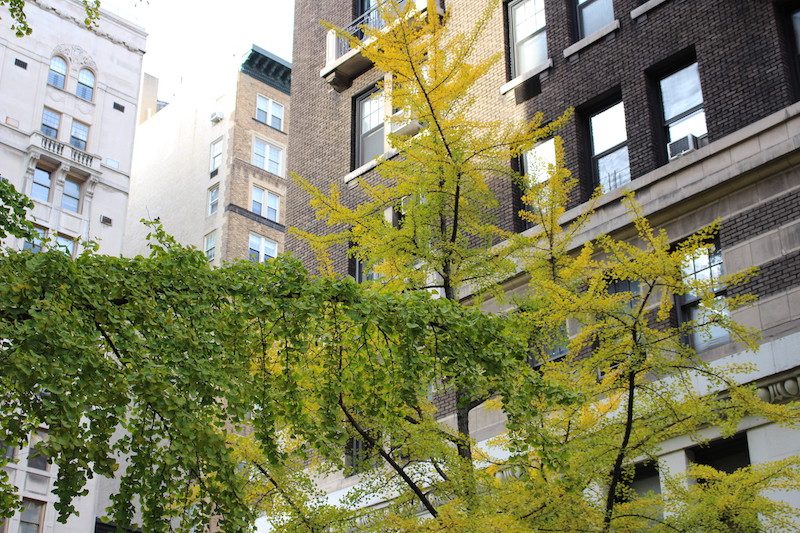 Also, living alone in NYC, and how to be a good roommate.