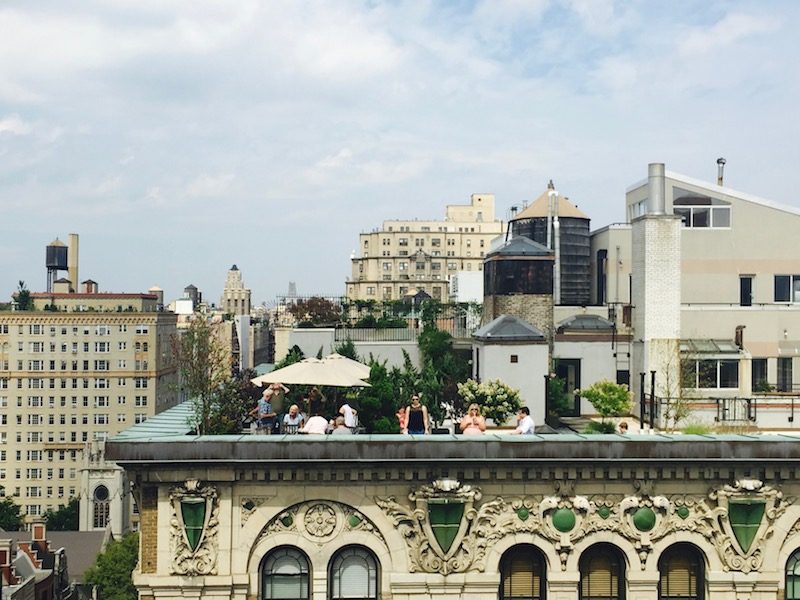 Scores skipped work yesterday or at least took a few hours off to witness the Solar Eclipse 2017 in NYC. Although we only reached about a 71% eclipse, New Yorkers viewed from parks and museums, roof decks (some enjoyed cocktails while waiting!), and even the Empire State Building. What a view that must have been!

With my viewing glasses (thank you, Mastercard), I rode the elevator to the penthouse level of my building and climbed the stairs to the roof  – about 14 stories up – and caught a pretty good perspective when the clouds didn’t cover the sun. Mike left work and joined me, and since our roof is in the midst of some maintenance updates, we shared our glasses with the contractors working. I could see other groups gathering on roofs around me, as well as a few solo spectators, but all in all, it was pretty quiet in my pocket of the Upper West Side. 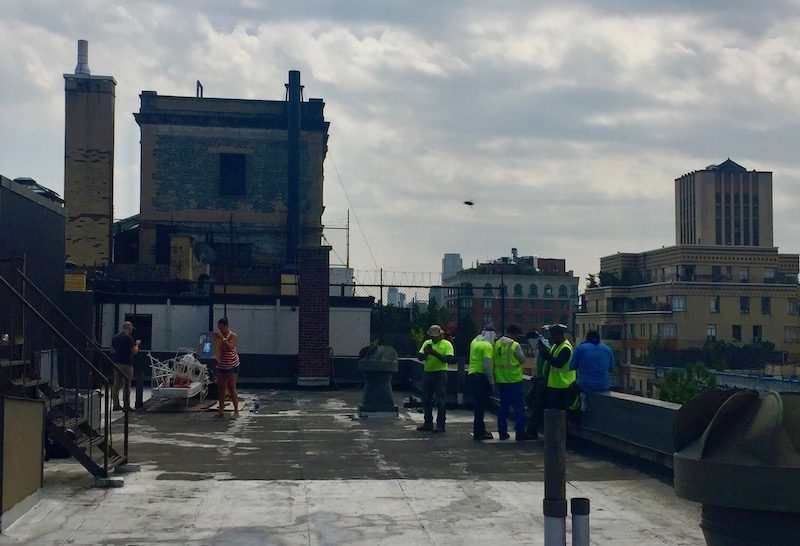 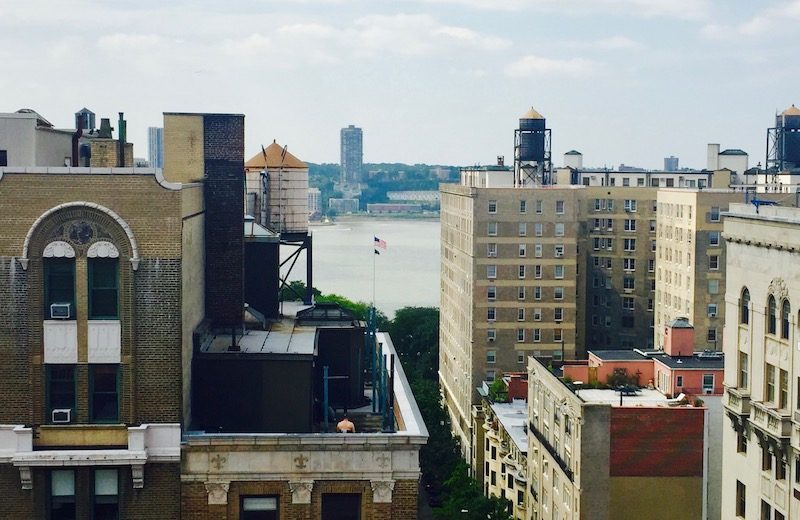 My friend Heather waited patiently with her pup Gypsy. They viewed the eclipse from Long Island City. 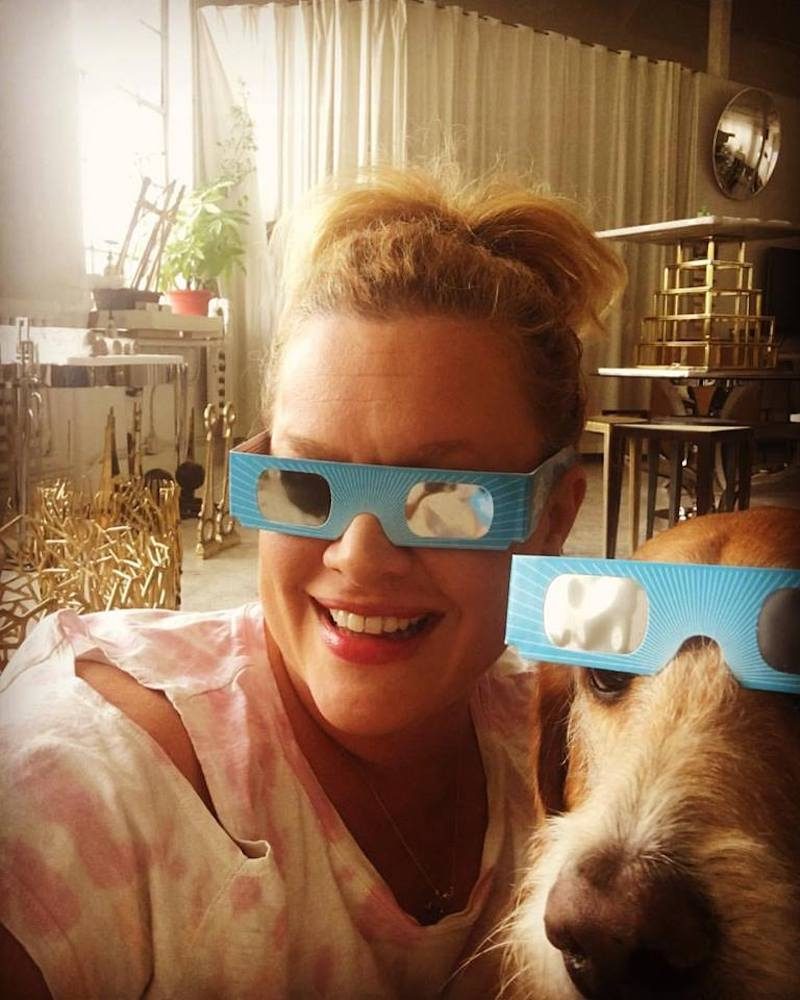 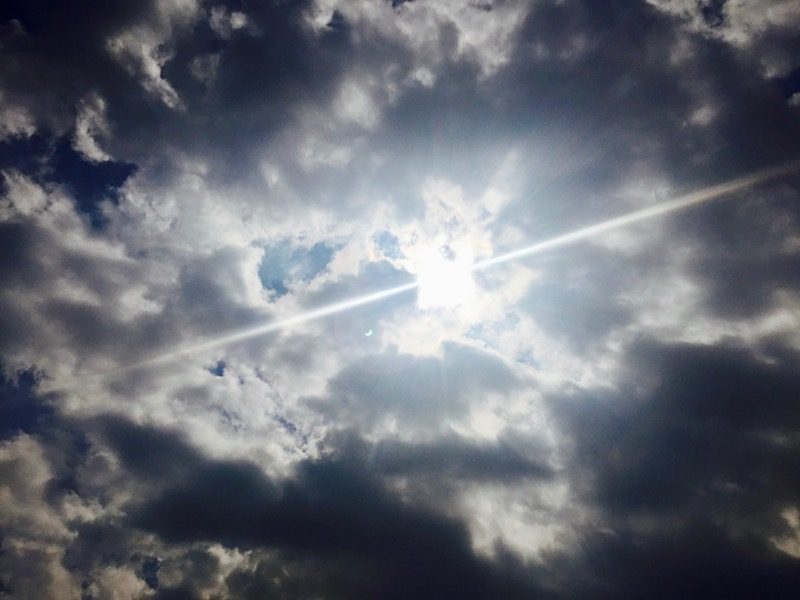 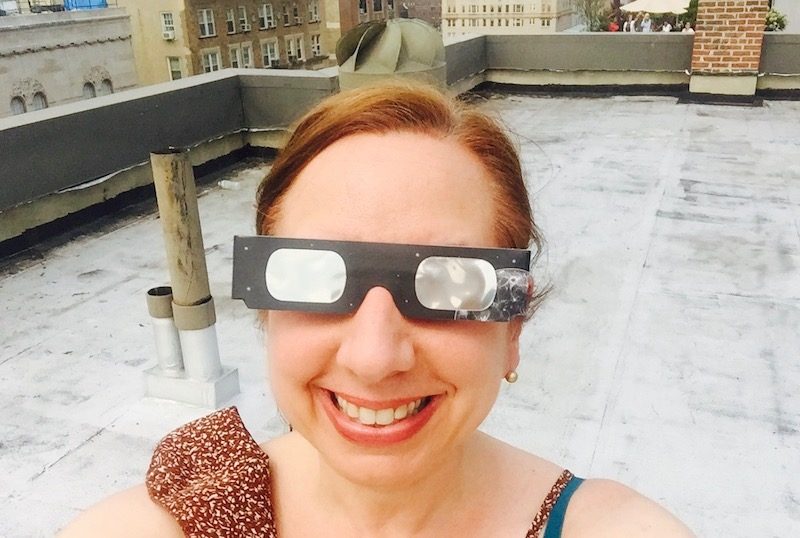 I’ve rounded up some of the best reports and photos from the Solar Eclipse 2017 in NYC.

Here’s how New Yorkers watched the solar eclipse. And you’ll see some of the best eclipse photos from New York City here.

On the Upper West, tons of New Yorkers watched from Central Park and the Museum of Natural History. Here you can see West Siders getting spacey during the eclipse.

Even the Naked Cowboy watched the Solar Eclipse 2017 in NYC.

And don’t miss these scenes from the Empire State Building. Plus here’s what the eclipse looked like from the Hudson River and Brooklyn.

And Sarah Jessica Parker might have enjoyed the eclipse more than anyone. 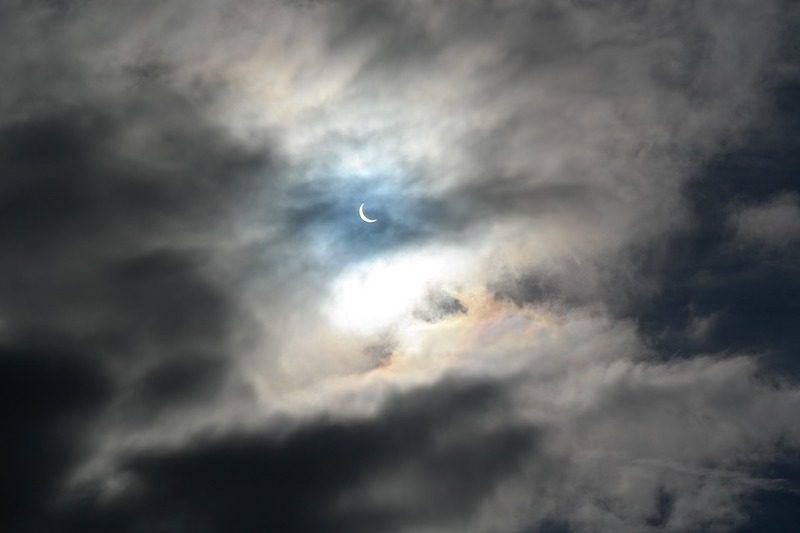 Where were you yesterday during the solar eclipse? Did you watch? I’d love to know if you had a good view!

Also, what New Yorkers do after a blizzard. And 10 things New Yorkers can’t live without.