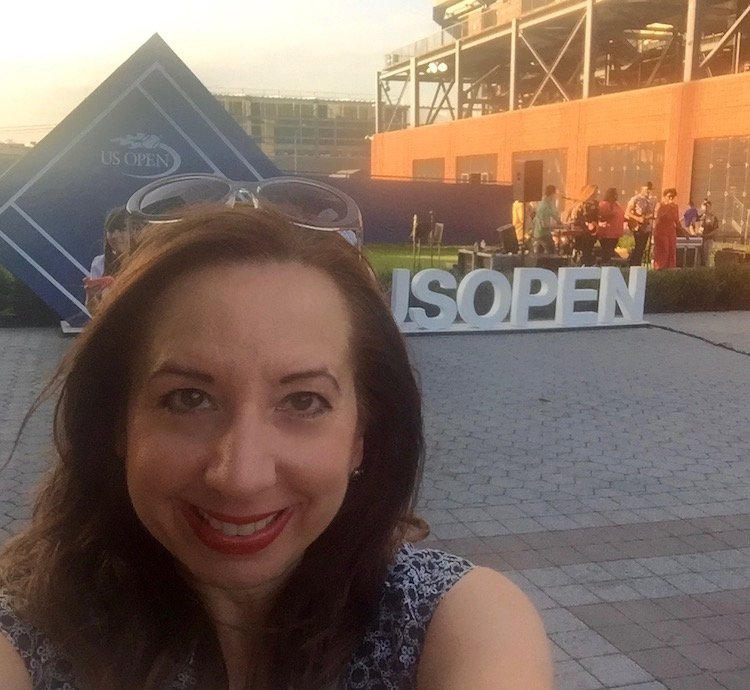 Last September, I attended the US Open in Flushing Meadows for the first time. From the nosebleed section, I watched Andy Murray play a great game, which was fine, but I couldn’t help but wonder what it would be like to have one of those VIP seats close to the action. Well, this year, I lucked out. Starwood Preferred Guest (SPG) invited Mike and me to watch the US Open from their luxury suite.

The timing couldn’t have been more perfect since I was considering ordering US Open tickets anyhow, and, just a few days earlier, I had spent some time in one of Starwood’s magnificent hotels –– The St. Regis NY (more on my experience in a later blog post).

Obviously, I jumped at the chance to hang out in their suite stocked with fantastic food and drink, not to mention stellar seats to watch superstar Serena Williams play Ekaterina Makarova, and Andy Murray take on Lukáš Rosol. (Williams and Murray won.)

If the games weren’t exciting enough, between the matches, SPG brought in a surprise guest –– superstar James Blake! Besides talking to us about his tennis career, he answered one-on-one questions and posed for photos. If you’ve read that James Blake is the most down-to-earth guy ever, I can vouch –– it’s true.

The suite was spacious and accommodated at least 25 people comfortably. There were several food stations stocked with dishes like kale salad, veggie couscous, beef tenderloin, ahi tuna, and roast chicken, to name a few, as well as unlimited beer, wine, soft drinks and bar snacks.

Although I didn’t drink any (it was a school night, after all), the bartender was mixing the US Open signature cocktail –– the “Honey Deuce” (Grey Goose vodka, lemonade, and Chambord, with a garnish of  honeydew melon tennis balls). Now I’m disappointed that I didn’t at least taste this drink. Instead, I stuck with my usual beverage –– wine –– to avoid any post-game hangover the next morning. 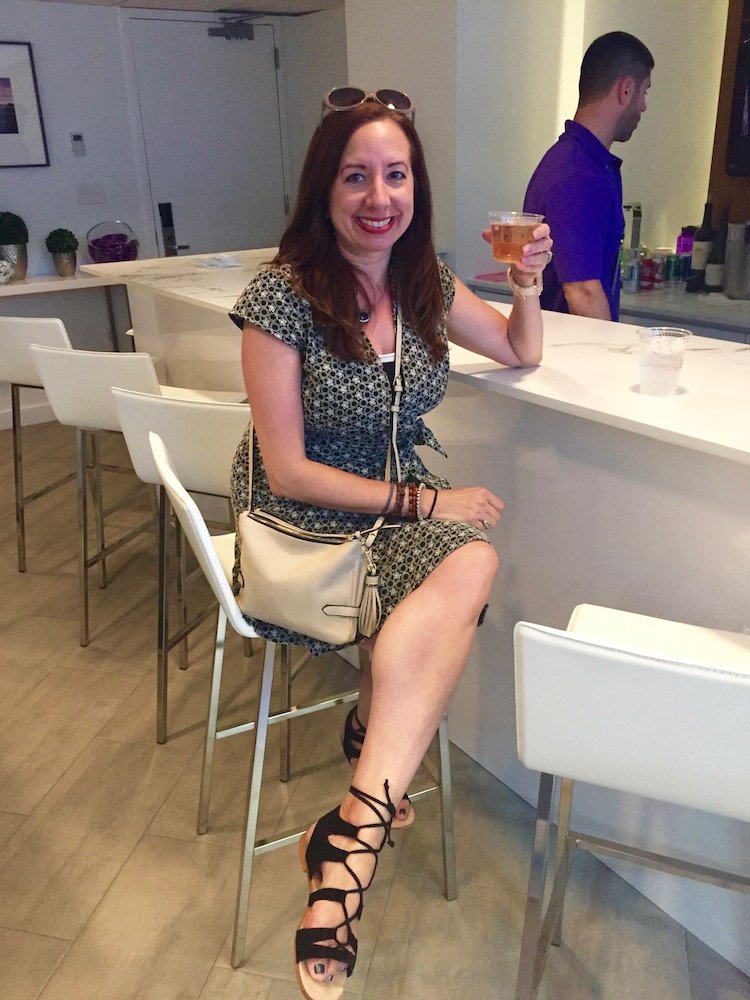 I have to admit –– I felt a little like a celebrity the entire night. We were treated like royalty, and we were seated in the box next to Lupita Nyong’o, and Kevin Spacey was a few boxes over. Plus, I caught a glimpse of Anna Wintour (Editor of Vogue!) wandering around. 😉

And, since our seats were in a club suite, we skipped the long security lines and had a special entrance that we sailed through. Our night at the Open was fantastic from the moment we arrived until we left the stadium.

The US Open is an event that both NYC locals and out-of-town visitors love. The venue and grounds are spectacular! You’ll find shops and top-notch food and drink stations, with a New York social scene, of course. But, if you have Starpoints® and you’re dying to do the US Open in style, viewing the games from the SPG suite is the way to go. You can bid on seats in the US Open Luxury Suite and tickets to other events by going to the SPG website.

Mike and I have been joking that no other US Open experience could top this one. Well, maybe if we were standing on the court with Serena, Venus, or Andy Murray…..So, who knows? There’s always next year.

Starwood has 11 unique hotel brands in destinations around the globe. SPG frequent travelers can redeem their Starpoints® through SPG Moments for a night at the US Open, as well as other one-of-kind and often sold-out experiences like concerts and sporting events. The company offers Free Night Awards at more than 1,300 hotels and resorts, and Award Flights on over 350 major airlines with no blackout dates. For people who travel often and earn airline points or stay in hotels year-round, the SPG Moments program provides an alternative use for points.

Many thanks to SPG for this unforgettable night at the US Open.

Also…while we’re on the subject of amazing events in NYC,  have you been to Carnegie Hall? I highly recommend. Plus, Flushing offers some of the best Asian food in NYC. 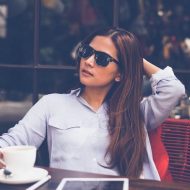