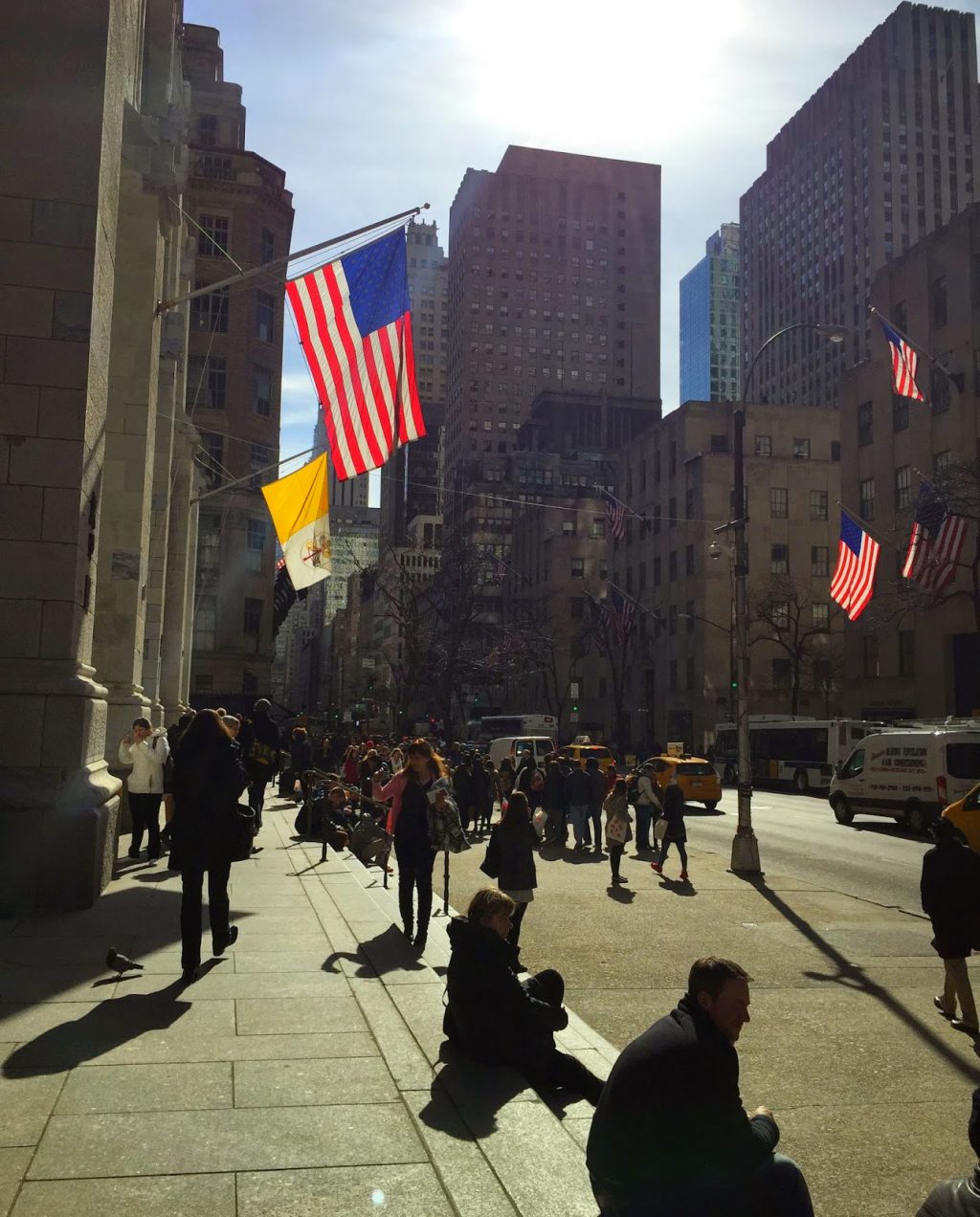 St Patrick’s Cathedral has always been one of my very favorite New York landmarks. I look at it as much more than a church, but rather a symbol of the diversity in our great city. It’s a place where all are welcome to stop and rest for a moment, light a candle, admire, or simply relax in the warm sun as it skims those majestic steps. On any given day, I might stroll by, or step inside and discover people of all ages, backgrounds, and beliefs.

No one can deny the beauty of Saint Patrick’s, but the Neo-Gothic church is in the process of becoming a lot more beautiful. If you’ve walked on Fifth between 50th and 51st Streets lately, you’ve probably seen and heard the construction. That’s because St. Patrick’s has been in the midst of an essential restoration since May 2012. The 135-year-old church was in dire need –– it turns out the structure had not been cleaned since 1978. 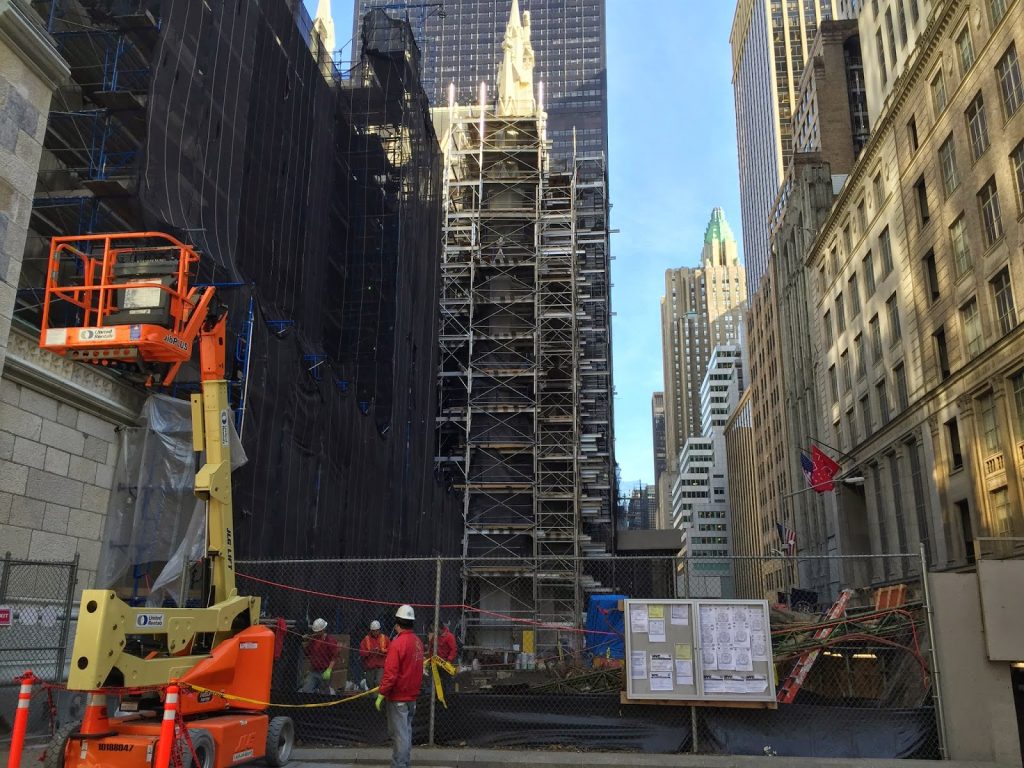 I found myself heading north on Fifth Avenue last week, and I spotted the gleaming facade dressing up the east side of the street for the first time in a few years. (Previously, a giant mask covered it.) The bright white Tuckahoe marble on the front of the church was revealed a few months ago after crews of restorers pressure-washed and repaired the stone. Other work to be done on the cathedral includes restoring stained glass windows, replacing missing mortar, cleaning the interior, repairing broken storm glazing panels on windows, and restoring the gallery organ, altar niches, and pews. This $175 million restoration project will continue and is expected to be completed by the end of this year.

I didn’t have my Canon Rebel with me that afternoon, but I was able to capture a few decent photos with my iPhone. I can’t wait for the big reveal in December, but in the meantime, here’s a peek at the new and improved exterior of St. Patrick’s. 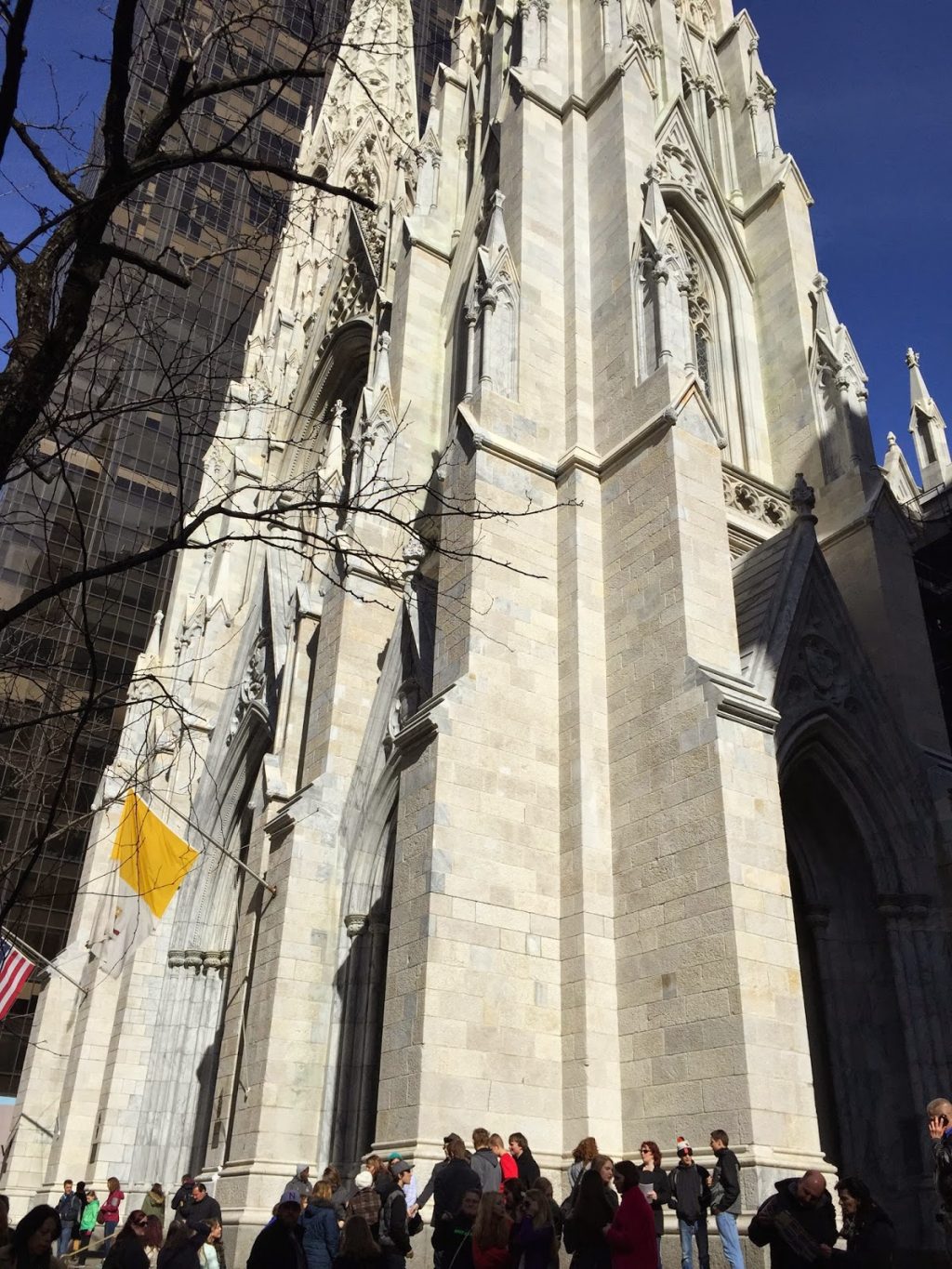 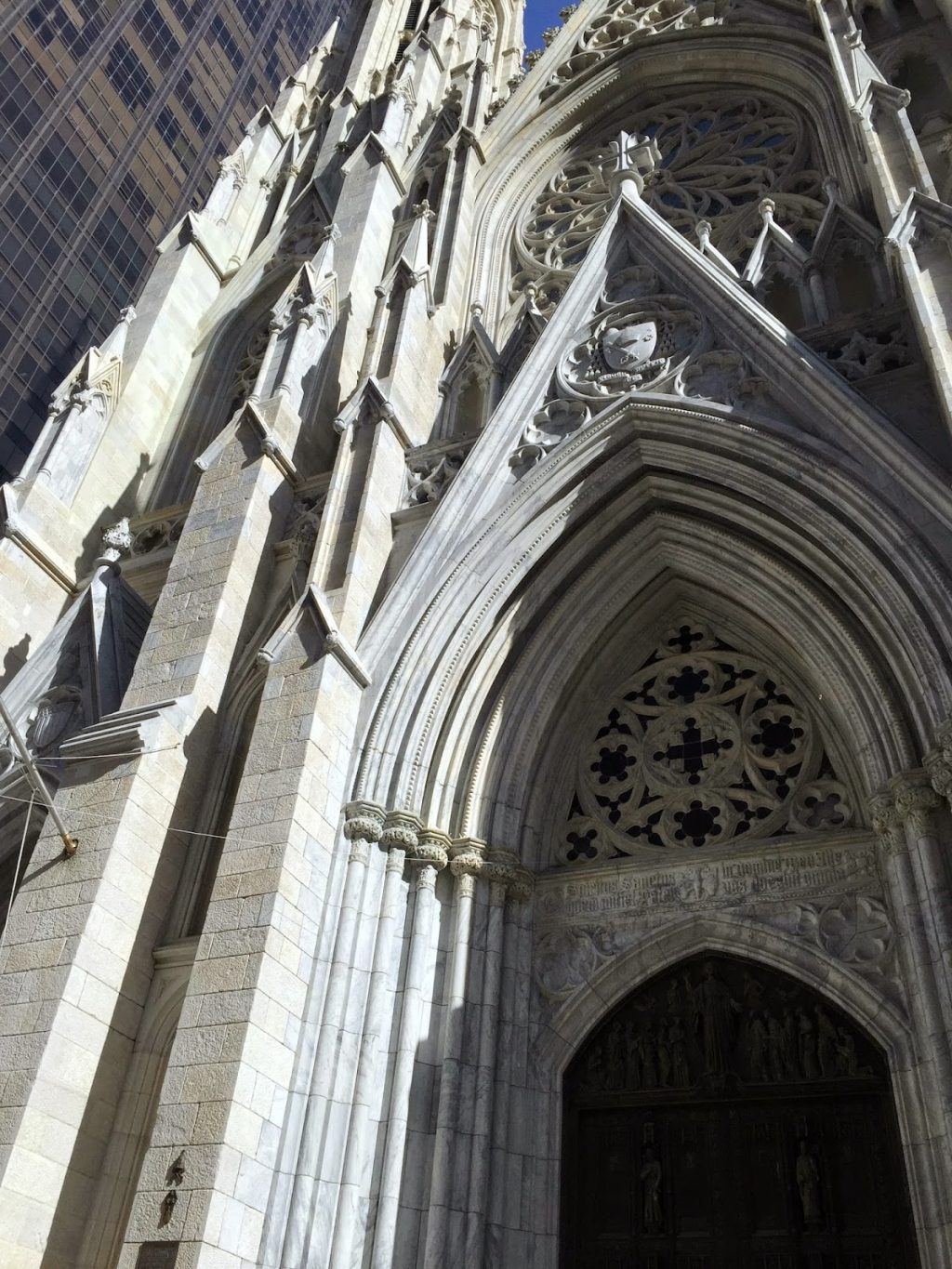 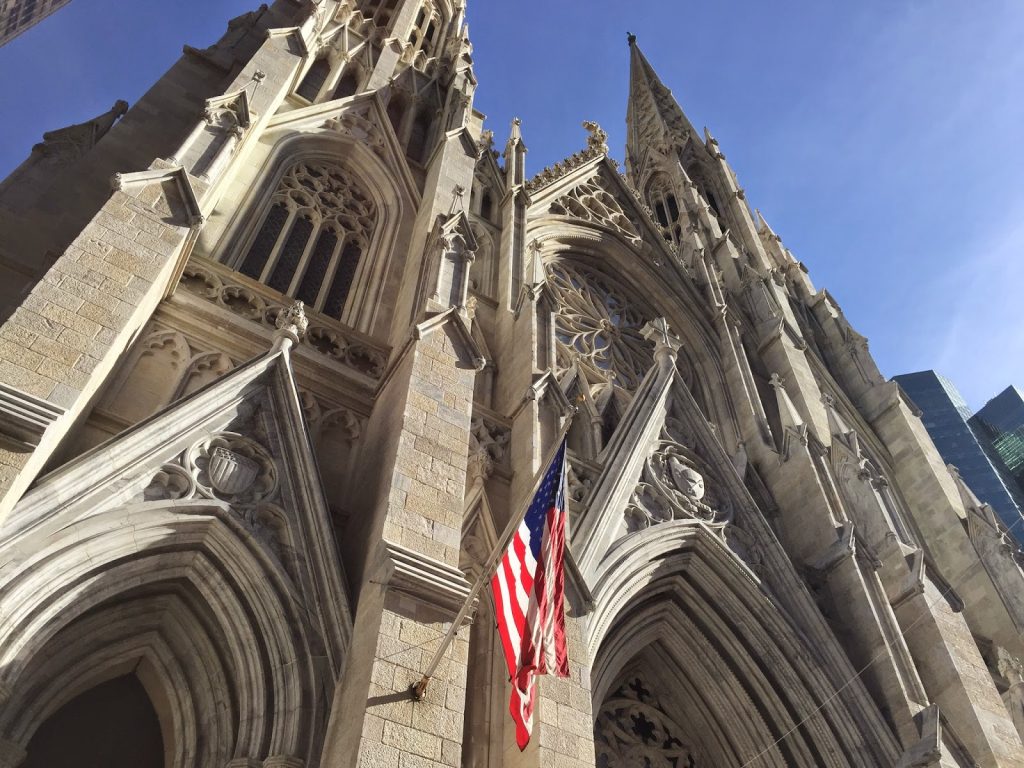 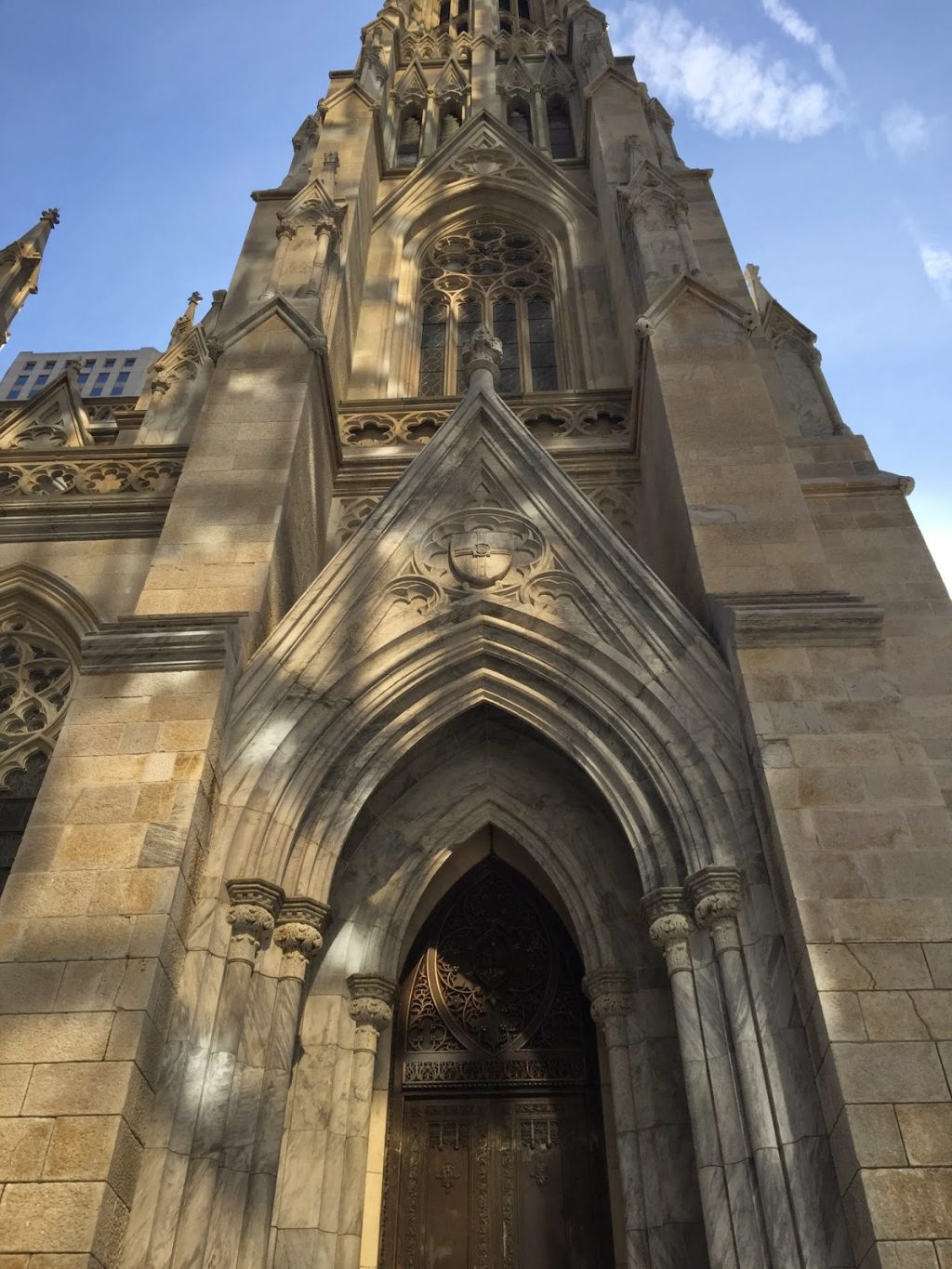 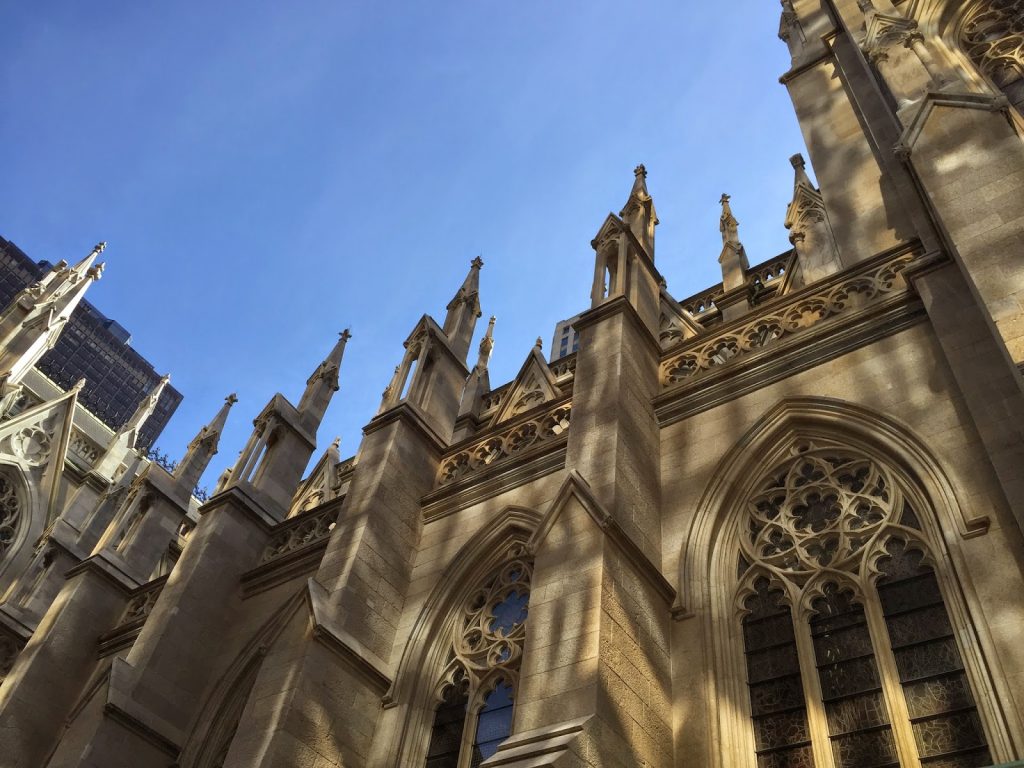 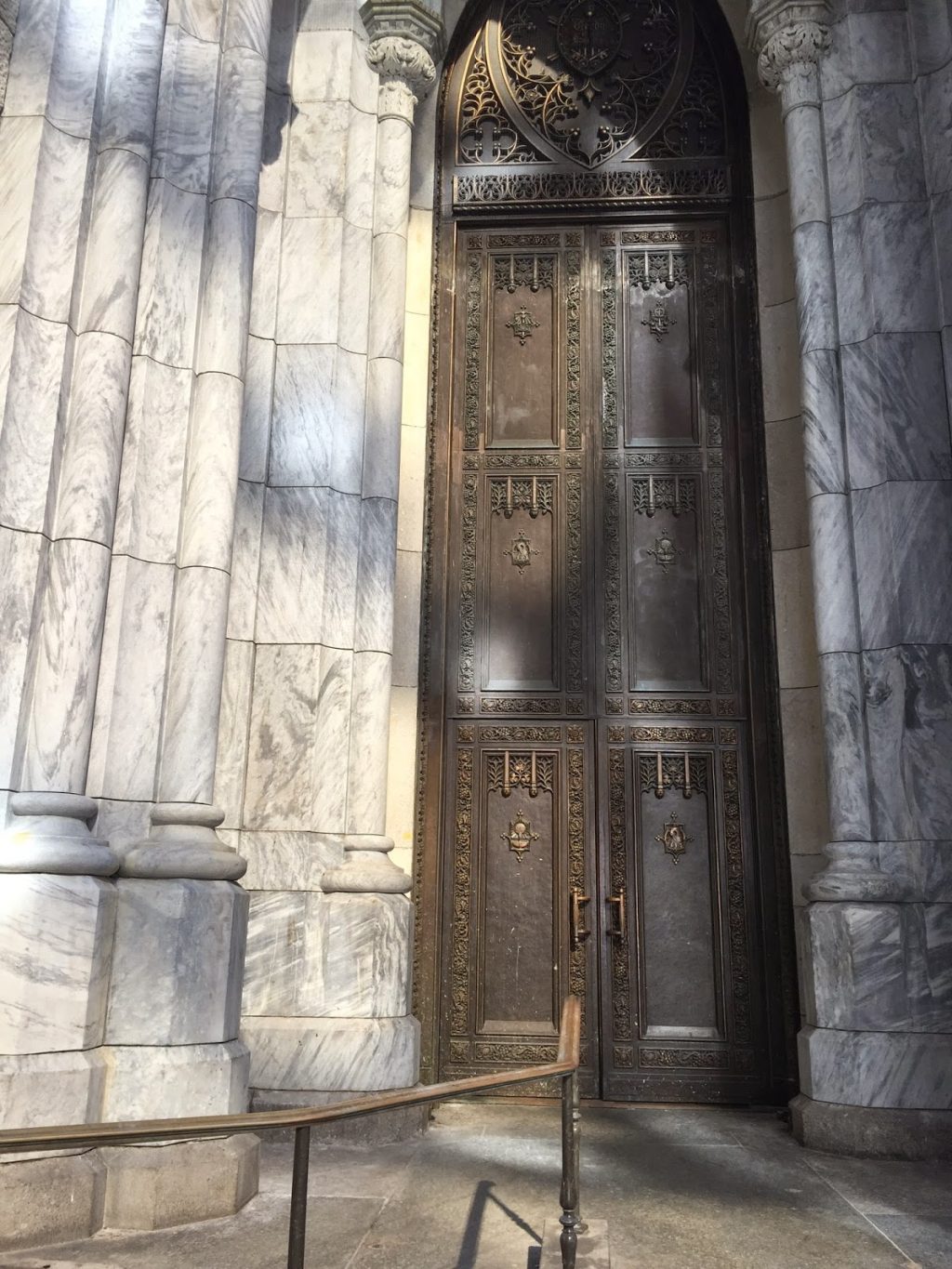 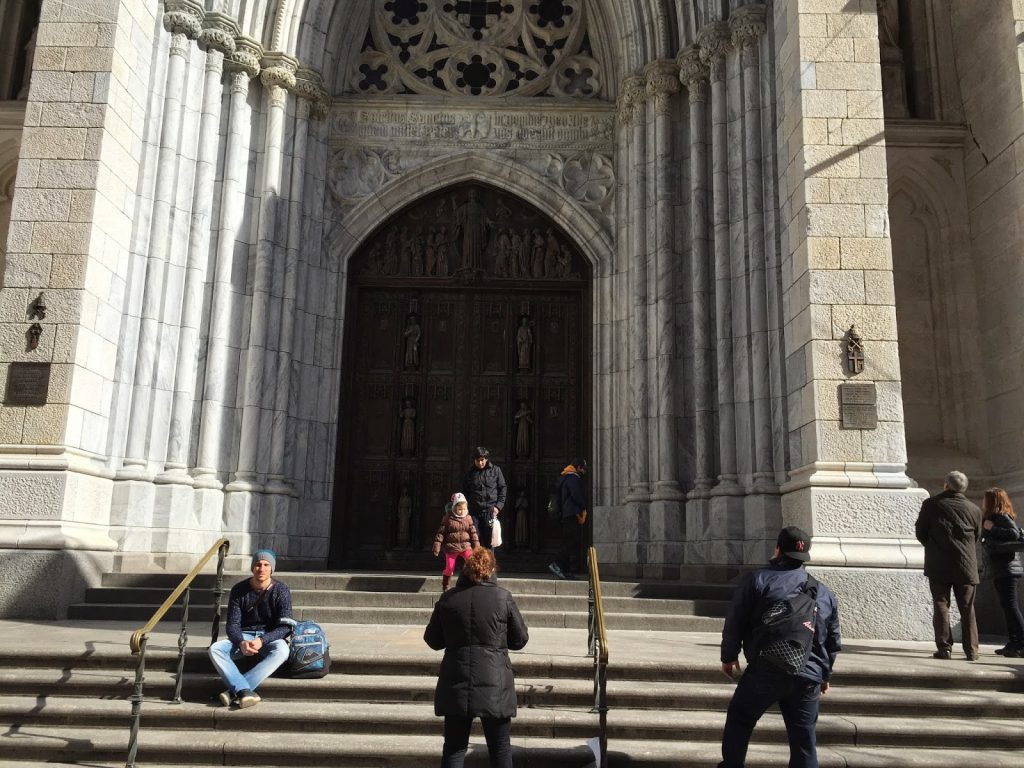 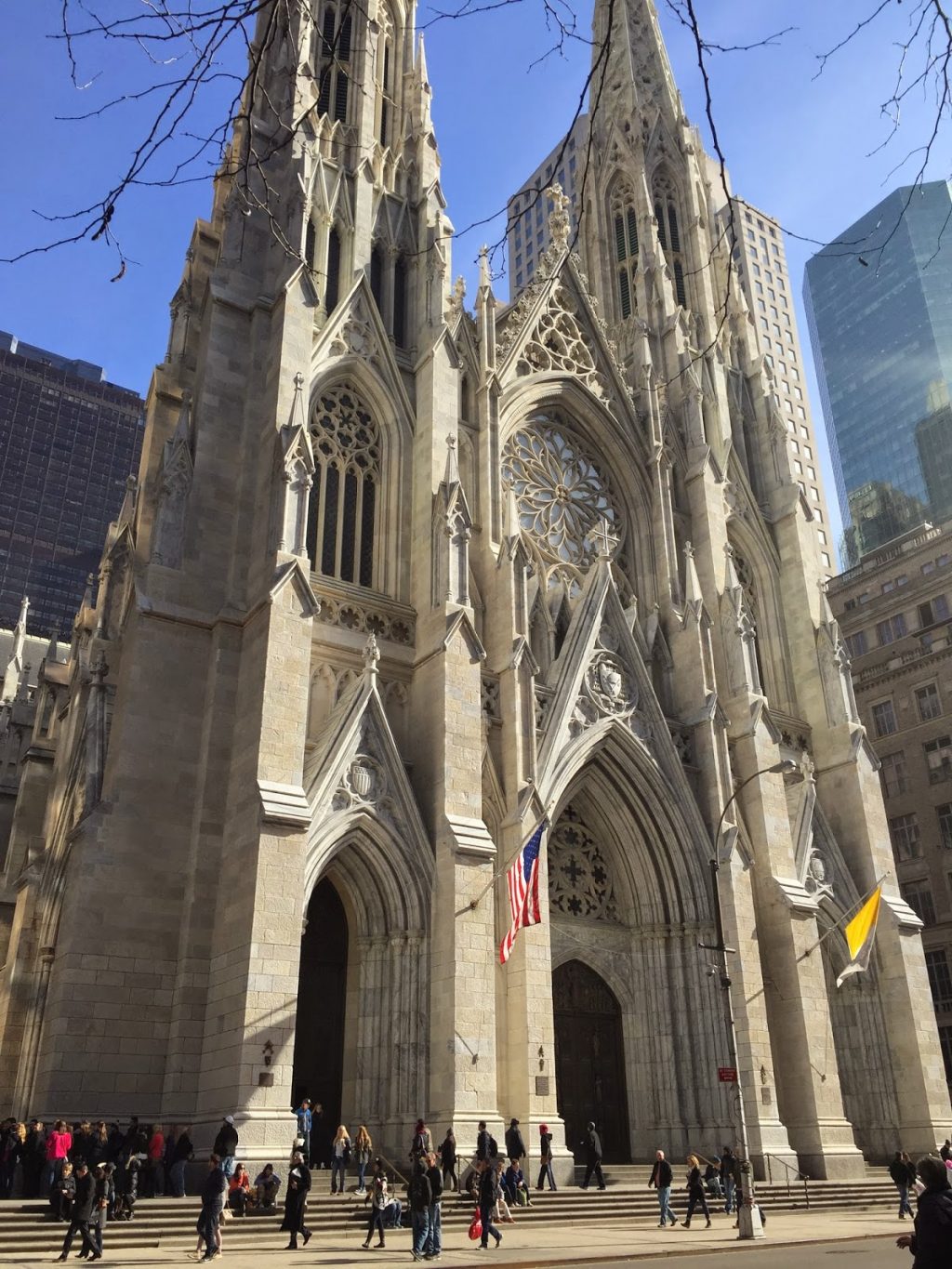 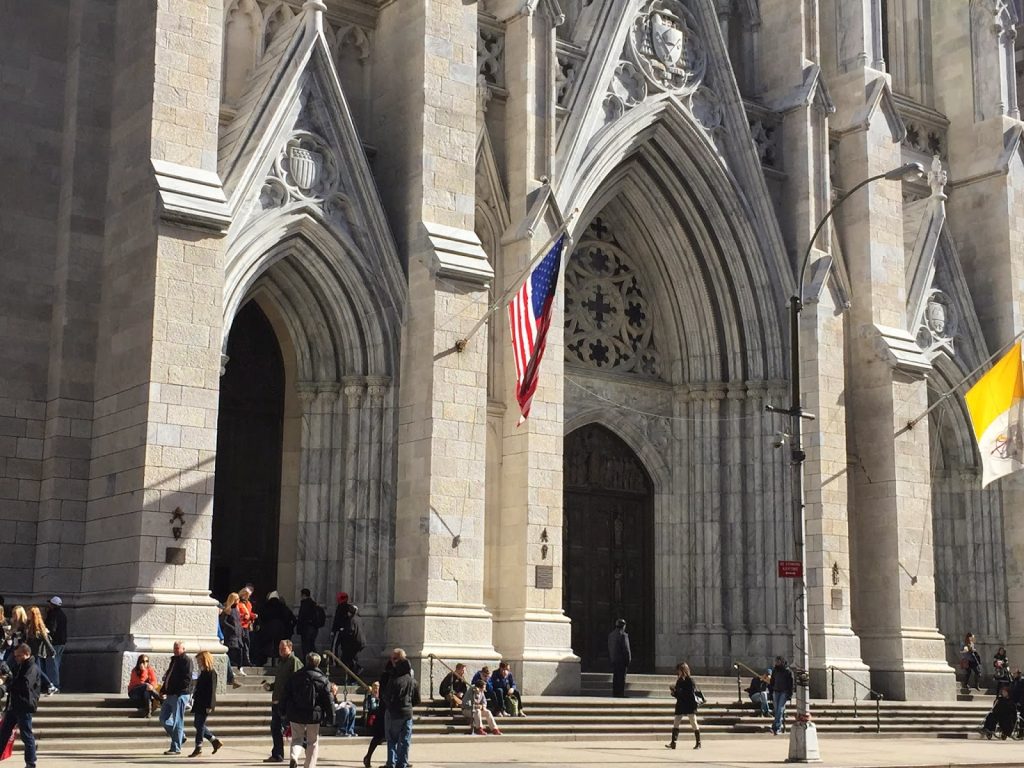 For many tourists, a trip to New York isn’t complete without a stop in the cathedral. Did you know that St. Patrick’s attracts more than five and a half million visitors every year?