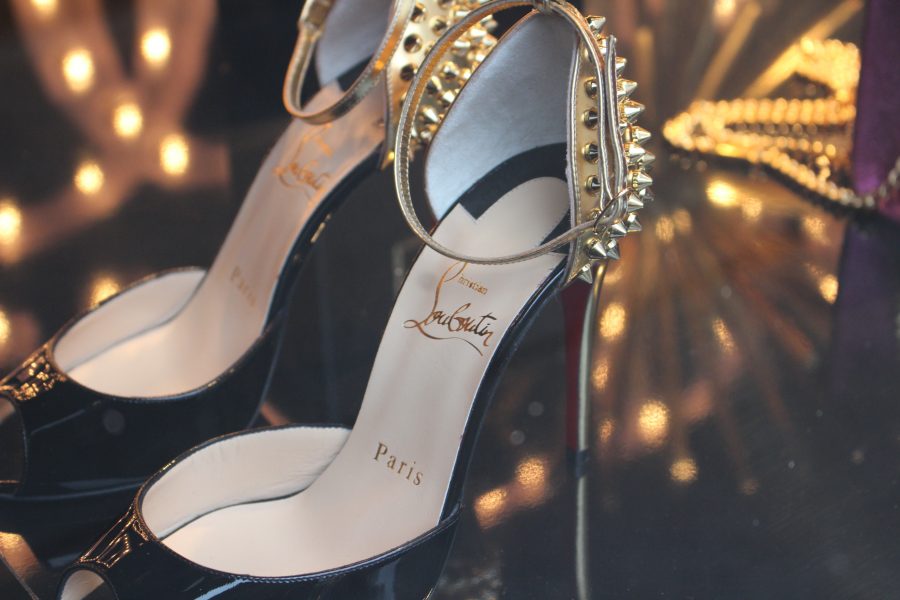 After more than four years of living in Manhattan, at last, I have shopped at Bergdorf Goodman. Mike and I made a special trip to the store recently, which means that I am no longer a window shopper or a browser, but officially a buyer. It is the most fabulous department store on every level that I have ever visited, and I don’t mean floors. From history to design, to service to product, and of course show-stopping windows year-round, Bergdorf’s is a landmark and a destination for New Yorkers as well as travelers from around the globe.

I have walked through the store on several occasions over the years, starting in the 1980s, when my Aunt Dolly lost her flip-flop in front of the Chanel counter. Talk about the most embarrassing moment of my pre-New York life. I was just 15 years old, the Bertolet/Sweigert/Trout clan was out and about in Manhattan: Aunt Dolly with my cousin Danielle in a stroller, Aunt Pat, my mom and me. Of course, when the flop mysteriously left her non-pedicured foot, they burst into laughter. I managed to sneak ahead and walk through to the next department, acting like they were not friends or family. It traumatized me at least into my twenties, and I thought that I could never show my face anywhere near Bergdorf’s again. Thirty years later, I look a little different, and hopefully they don’t recognize me from the mortifying flip-flop incident.

My husband took me to BG as a special treat for a very fine pair of shoes that I intended to be Christian Louboutins, but the problem is my chubby feet. My fat toes didn’t make the cut with the styles I tried, so I moved on to another respectable shoe designer. This was not a speedy process. Saddened by the lack of a red sole, the store made up for my disappointment in the windows and visual displays throughout, since V-day is just around the corner.

The service we experienced was top-notch. Mike and I were there for several hours like the other shoe-obsessives. Finding the perfect fit is trial and error. A lovely woman by the name of Joann helped us. Not only was she patient and unassuming, but she gave an honest opinion and wasn’t what I call an “aggressive” salesperson.  I can’t tolerate pushy people in sales. After working for years in sales myself, my goal was to be friendly and assertive, and respect a client’s needs and privacy.  She let me have my time, wear and walk, try and talk, sit and think.  Joann has been selling shoes there for nine years, and described her personal favorite pairs much in the same way my best girlfriend would. She was truly what I call a “Star Salesperson”.

I will no longer feel intimidated when I walk into any store, especially Bergdorf’s. Often the staff can make “everyday folk” like me feel uncomfortable because I don’t have deep pockets, but they are making a rash judgment and a mistake. Last Saturday proved that anyone with any kind of pocket can buy. Plenty of people were trying on shoes and not leaving with a BG bag. Joanne didn’t seem concerned with closing a sale. She also didn’t have any doubt that I would leave with a pair of fabulous shoes, and I did. Thanks Joann, for making my real first time at Bergdorf’s unforgettable. I hope to return one day and give Christian Louboutin another shot.

« A Beggar with Style
The Things We Do for Love… »