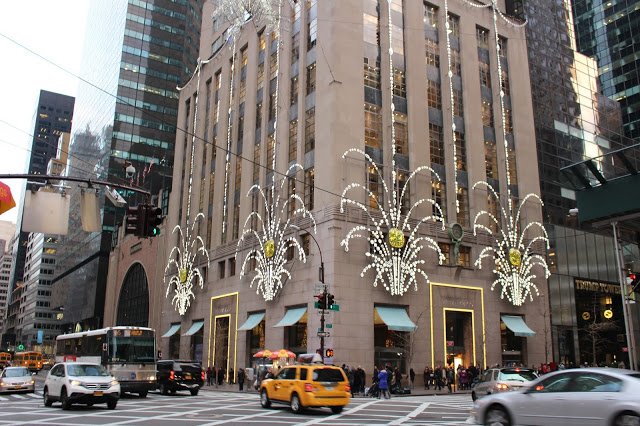 What would New York be like without the flood of yellow transit speeding up and down the avenues? The city would be less chaotic, quieter, and traffic would be reduced significantly. There would also be a lot of unhappy New Yorkers. As an advocate of public transportation whenever possible, even I succumb to the dreaded taxi-cab every now and then. I save them for the times when I have too much to carry, I’m completely exhausted or ill,  I’m all decked out and wearing five-inch heels,  or it’s late at night and I can’t deal with the underground zombies in the subway.

Today was a day when a cab was in order. I had entirely too much stuff to make it up and down the stairs of the train station without getting a concussion. I struggle with this daily when sporting just a handbag, because I’m not the most graceful person.

It was 5 p.m. –– uh-oh –– it’s the bewitching hour: the shift change.  It was also the first day of school and the Thursday before the 9-11 anniversary, so I was unrealistic when I thought I could just flag one down. Either occupied or off-duty, there were no cabs in sight. Then suddenly, one paused and pointed toward uptown, signaling that he would take me if I was going straight, and I was. I ran and jumped inside.

Every now and then when I ride in a taxi, I get a really good one. I get guy who has a great story to tell, and he’s just trying to make a living like the rest of us. Today was one of the good ones.

I found out that typical shifts run from 5 a.m. to 5 p.m. This guy was on his way uptown to take his car back to the garage at 125th and Lexington. He picked me up at 66th and Amsterdam. From there, he’d hop the train and head back to Midtown West to class at John Jay College where he is pursuing his Masters in Criminal Justice. This would be his second graduate degree.

The gentleman was from Africa, and spoke excellent English, but his accent still lingered. He was pleasant, polite, and said that he worked six days each week driving cab to put himself through school. He had his black nylon book bag in the front seat, so I knew that he needed to rush to get to class on time. I told him I remembered putting myself through school and how hard it was, but it would pay off for him eventually. With a smile on his face, he said he knew it would.

I remember one specific cab ride the year that I moved to New York in 2007. It was just before the holidays. I was leaving a work event at about 9 p.m. I’d taken the train uptown, and hailed the taxi to get across town. The driver was a middle-aged Pakistani man. He moved to New York City more than 20 years earlier to pursue the American Dream.

He had settled in Brooklyn with his family, and his children were getting ready to attend college. I asked him if he loved New York. As a newbie and still completely in awe and mad love with this city, I had to ask the question. He responded, “I love New York more than any other place. This has become my home.”

Toward the end of the trip, wondering if his answer would be anything like mine, I asked, “Why do you love NYC so much?”

“I love New York because anyone can come here, and if you work hard, you can be anything you want to be.”

I thought about his reply for weeks. Sometimes, I still think about it. For as long as I live, I will never forget that driver, our conversation, or his answer. These are words every New Yorker should live by.