The BBQS
Straight from the outer boroughs

I’d like to welcome Ginny Leise as today’s guest blogger.  Living in New York is living in the moment, and Ginny’s post is a perfect example of this. Originally, Tandem Bike was published on City Stories, a blog about random happenings in New York City.

Last week, I moved from Bushwick to Prospect Heights.

From my new apartment, my commute to a bakery in Cobble Hill is much simpler. Instead of walking to and then waiting for the G train, I walk one block to the corner of Classon and Bergen and hop on the B65 bus. The ride takes about eight minutes and drops me right in front of work.
Early Sunday morning, I was sitting at the bus stop, checking Twitter and the bus went right past me. I guess the driver wanted me to be standing at attention or no dice. I looked up just as the bus cruised past. I bolted up and called out, “Oh, come on! I’m right here!” but it was already halfway down the block.
I let out a few expletives. The next bus didn’t come for another 30 minutes and walking would take about just as long. I was going to be late.
At that moment, a man on a tandem bike pulled up aside me.
“Need a ride?”
“Yea, I guess I do,” I said peevishly, still thinking about that driver.
“Where are you going?”
“Smith St.”
“I can take you down to Flatbush and you can catch the bus there.”
Deal. I got onboard. The bike wasn’t really a tandem, just modified to have a second seat with pegs instead of petals. I put my feet up.
As he pedaled down Bergen, I appreciated that he didn’t make small talk. It was a beautiful morning, sunny and still cool.
We passed the B65 and I gave the driver a wave. She didn’t see me that time either.
He pulled up to the curb at Flatbush. I jumped off and thanked him. He said sure and turned left.
A minute later, I got on the bus.
I was early to work.
— Ginny Leise
______________________________________________________________________________ 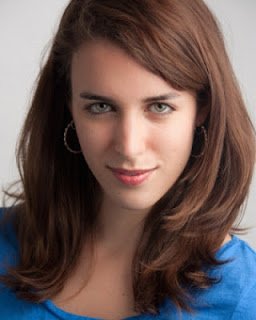 Ginny Leise is a writer and comedian living in Brooklyn, NY.