This TasteMakers NY features my friend, chef, and fellow foodie, Amy Aversa of Sweet Basil Catering & Events. I learned a few new things about her during this interview process. One thing I knew before the interview — she’s puts together one heck of a meal in her New York kitchen. I hope to be invited back for dinner soon. 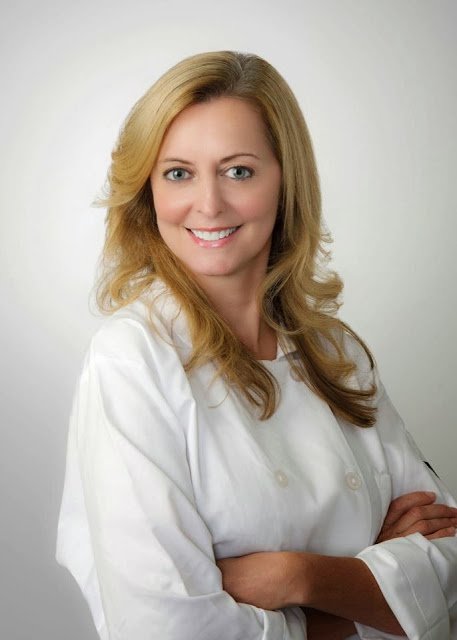 Amy Aversa began dabbling in the kitchen as a child. As the daughter of parents who owned a prominent cooking school in Pennsylvania, various well-known chefs influenced her future. With years of experience in cooking, fashion, food styling, and management, Sweet Basil’s Executive Chef and Creative Director Amy Aversa is New York’s ultimate event caterer.

After graduating from Smith College, she worked in the fashion industry as SeniorDirector of Product Development for Ralph Lauren. Her love of food and childhood dream of becoming a chef was not long forgotten, and eventually she returned to her culinary roots. After graduating with honors from The Institute of Culinary
Education, she went on to work as an apprentice for Mario Batali’s Italian Wine Merchants, and in the kitchens of several award-winning restaurants.

Amy was co-owner of the wine, food and events company, Fun With Wine, which produced hundreds of company affairs in the New York area for more than a decade.

In 2004, she founded Sweet Basil Catering & Events, specializing in modern American cuisine with diverse global influences.
She is a volunteer for the American Institute of Wine and Food’s  “Spoons Across America” initiative, teaching public school children about food and nutrition, and has volunteered as a cook at the James Beard House. She has had the pleasure of cooking for celebrities like Bill Clinton, Derek Lam, and Eli Manning.

Amy is mother to twins, Andrew and Ally. She and her family reside in Manhattan.
Q. I know that your parents owned a cooking school, but when did you really get into cooking—when you were a child?
A. From the time I was seven or eight years old I loved experimenting in the kitchen. My mother was an excellent gourmet cook, and I was always eager to stir the pot (in more ways than one). Once when my parents were out, I attempted to make Rice Krispies treats without a recipe and wound up with rock hard results. To this day baking can be a challenge for me!

Q. You had an entirely different career before this in fashion and product development. Was there an event or happening that changed the direction for you?

A. I had an “aha” moment one day while visiting my mother in the hospital. As she was dozing, I watched Oprah do a show on successful women. She looked out at the audience and with total conviction and passion said “Do what you love and the money will come.” I had probably heard that clichéd phrase a thousand times in my lifetime prior to that, but for some reason it hit me like a ton of bricks that day as I watched my mother slip in and out of sleep. Three weeks later I enrolled in culinary school.

Q. What was the toughest part about going back to school in your late thirties?
A. The biggest challenge was starting all over again from scratch.  After managing a team of people at work, I was now taking orders from chefs much younger than me. Later, as I started my own business, I realized that the skill sets I’d developed in my previous career gave me an advantage in my new business.

Q. For those who consider making a change in their careers later in life, any advice or tips?
A. My advice is to find your passion and follow it. It is never too late. If you love something you will likely be good at it, and it will only be a matter of time before you’re asking yourself what took you so long to make the change.

Q. When you graduated, did you know that you’d focus on catering and NOT on opening a restaurant?

A. I’ve always had a passion for events. During middle school I worked for a family friend who had a business that staffed servers for people hosting dinner parties in their homes. At age 14, I often wound up taking over the kitchen at these parties much to the relief of the stressed-out hostesses. It was my favorite job and it’s what planted the seed for my future career in events.

Q.How did your background help your transition into the food industry?

A. I had a decent amount of experience cooking and watching chefs do their thing from a young age.  We often had chefs fly in from around the country to teach at my parents’ cooking school.  I guess you could say I learned the language of food at a young age. This in part gave me the confidence to more easily make the career transition.

Q. As a chef, what’s your favorite type of food to prepare?

A. There’s not one type of food I prefer cooking. I simply love the process. I’m very much into seeing what looks good at market and planning my menu around that. I get inspired by so many things I see, hear, and read about.

Q. You’ve been in New York for a long time. You’ve seen the city evolve and change. What would you say is the most positive change and the most negative change since you arrived?

A. The city is a lot cleaner and safer than it was when I first moved here in ‘89. Now that I’m a mom these things are even more important to me then they were before.
The negative change is seeing how unaffordable it has become for so many people. It’s sad to see all of the mom and pop stores closing where I live on the Upper West Side. So many of these places helped build the history of the neighborhood only to have to close doors when rents became too high.

Q. You’ve been a mom for a few years. How’s that adjustment been for you, living in the city?  And for the kids?

A. It’s been a real challenge becoming a mother of twins while starting a new business.  It’s like having three babies at once. I’m obsessed with finding ways to make my day to day more efficient so that I can spend more time with my kids.  Getting together with friends is a real luxury. My cup runneth over, but these past few years have been the most exciting and rewarding years of my life.

Q. So many New Yorkers want more space after the kids are born. Any plans to move to the burbs?

A. No, not now at least. I was recently at a kid’s birthday party in Westchester and I was like—- “Where are the people?”

Q. You are such a role model for women–able to juggle a successful career and a family. What’s your best piece of advice for working moms in the city or anywhere?

A. It seems counterintuitive to most women, but you need to put yourself first in order for your kids to come first. Happy mom=happy kids.  I do my best to make “me time” like getting pedicures and having dinner with friends.

Q. What’s in the future for Amy Aversa and Sweet Basil Catering & Events?

A. I’d like to continue to grow my business, but would also like to help other women realize their dreams–whether it’s becoming mothers on their own or starting their own businesses. I see so many women that are just like I was — bored, unfulfilled, and ambivalent about their careers and lives in general.  It just takes a spark. I’d like to be that spark.

Q. For you, what’s the best part about life in New York City—-the reason that you couldn’t imagine life anywhere else?
A. The thing I love most about NYC is its energy.  When I’m away from the city and travel back to it, I immediately start to feel revitalized and that anything is possible.

Q. If I’m coming for dinner to Amy’s table, what’s on the menu?

A. Summertime cooking is one of my favorites because it’s so simple and spur of the moment for me. To start I’d make wood grilled clams with chorizo and a green market salad, the main course would be a lobster and corn souffle, and for dessert —  peach-bourbon cobblers with homemade vanilla ice cream.

« You Either Get It, Or You Don’t
Chillin’ at the High Line »