Bethenny Frankel never ceases to amaze me. She’s got moxie, ingenuity, and style, along with unstoppable energy. The reality-show diva turned talk-show host ––also known as the Queen of TMI (too much information) –– proudly owns her no-holds-barred attitude. Though shocking to some, loyal fans welcome her candor about everything from undergarment issues to open relationships. In today’s world of pretense, Frankel’s approach is a refereshing one, if you ask me. And, the millions following her wouldn’t expect anything less.

I’ve been a fan since she appeared on Martha Stewart’s Apprentice, but I quickly developed a girl crush while watching Bethenny Ever After. I love her fashion sense; her frankness; her often bawdy sense of humor; her tenacity and drive. She’s a role model for women of all ages, and she inspires me to go after what I want in life and never take “No” for an answer.

I was lucky to receive an invitation to a taping of her new talk show, bethenny, which premiered last week. What a treat! I landed in an empty seat in the front row, and I had a great view of BF herself. Many of the guys (yes! there were men there too) and gals in the audience hailed from her promotional “Calling All My Girls” tour, and they traveled miles to NYC specifically for bethenny. New York is her home base, and of course, our city was the final leg of the tour. She also chose New York rather than LA for her show; “the place it all started for her.”

I found it exciting to experience a behind-the-scenes perspective and watch what really goes into putting a television show like this together. Unsurprisingly, she is a true pro, a natural. Nothing seems to phase her. Bethenny has the innate ability to think and act off-the-cuff ; the hour-plus taping included an emotional moment with a fan, as well as disrobing on stage to give her shimmery, silver dress to a bride-to-be. She does love her fans, and they love her right back.

If there wasn’t enough bumping and grinding during the taping at CBS studios on West 57th Street that morning, we attended her party that evening at the Metropolitan Pavilion in Chelsea, drank Skinnygirl wines and cocktails, then danced more to Sirens of SoHo, the band singing the theme song, “Calling All My Girls.”

After Sirens of SoHo and a few celebratory words from Bethenny we knew the diva had something up her sleeve, and sure enough, after the party started hopping, female hip-hop icons Salt-n-Pepa hit the stage and did a full set of their hits. As a fly girl in the ’80s, the duo took me back in time. Those ladies rocked the house and put on a fantastic show!

Sadly, all good things must come to an end, but I’ll never forget that special day. But, just when I thought it was all over, I had another surprise one week later.

Last Friday was my birthday –– I left my apartment to run an errand and returned  only to have a brown box waiting for me. I looked at the top and it was from Team Bethenny. Jackie LaGratta (her former assistant and now the social media manager for bethenny) had emailed me for my birthday and address. I assumed that I would receive a birthday card.  I did receive a card, as well a tote bag filled with goodies –– a t-shirt, her book, Skinnygirl Solutions, the Skinnygirl exercise tape, Purminerals make-up, and more. This was a serious birthday gift! This present made an already perfect day better.

A year ago, if anyone had told me that I would be invited to a TV show and party hosted by Bethenny Frankel, and then receive a birthday package, I wouldn’t have believed it. Anything really is possible. 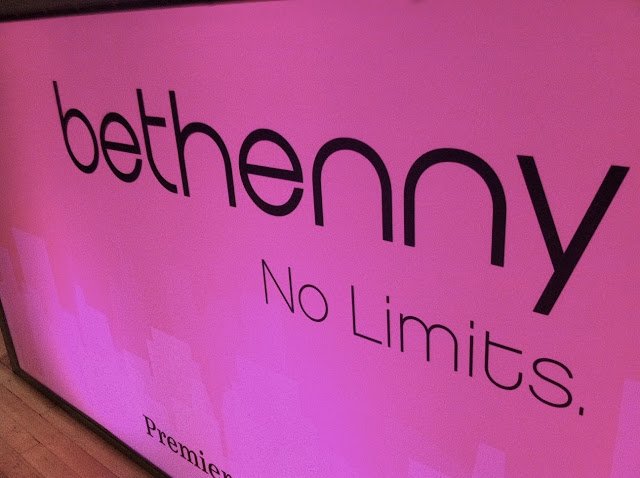 « Making It Up: Improv in NYC
Evelyn Drinkery: Cocktails to Make Grandma Proud »