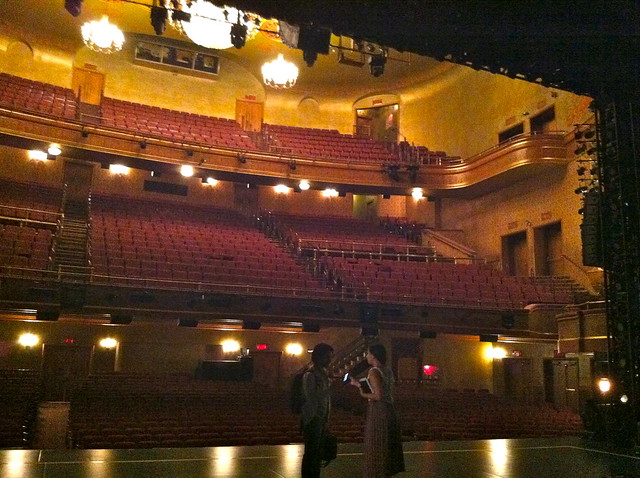 Should I stay, or go? I am faced with the best possible problem an actor can hope to have: I am torn between two great roles in two great productions. Yet, due to poor timing, I can choose only one. As glamorous as this sounds, a problem is still a problem. Which choice is the better career move? Which one might lead to another role? Which one can I give up with the least amount of regret?

The first project in question is the coveted role of Rizzo in Grease at a regional theater in Pennsylvania for the summer. This gig would serve as a much-needed vacation away from the hustle and bustle of NYC. I would have only one job to focus on, instead of the four that drain my energy back home.

I would get to dance up a storm, sing a famous torch ballad, make new friends, have an adventure in a new city, and build a rapport with a company that produces plays and musicals every season. Plus, I played Rizzo in high school and would be very curious to see how the last decade of life experience would change my interpretation of the role. In terms of career advantages, I’d get to network with some new faces and add a more conventional role to my resume, which would help clue casting directors in on my type and my strengths.

I could be the leader of the Pink Ladies!

Or, option two: I could stay in New York City and continue to perform in my current gig, playing Cristal Connors in Showgirls! The Musical! — a role that I created. The show was originally slated to close on May 4th, leaving me free to galavant to PA in June and get my hand jive on. The thing is, a fluke thing happened with Showgirls.  It received rave reviews across the boards, even in The New York Times, after the first week of previews.  This sort of critical acclaim is rare and precious.  With the show’s freakish popularity, it was awarded an extension, and perhaps even a move uptown.

Perhaps what makes this decision so hard is my fear of the unknown and of the attention that Showgirls might get. While I’ve waited my whole life for this kind of exposure, a part of me is still not ready, still feels like a groupie waiting at other performer’s stage doors.  The initial audition was so easy and the whole process has been so joyous, that the results almost don’t feel earned or deserved.

Of course, I’d rather just do it all.  I thought perhaps I could leave Showgirls for the duration of Grease, and then resume right where I left off. However, there is always the risk that when an understudy is brought in, she might end up hanging onto your role with a Kung-Fu grip and not letting go!  Hundreds of girls in the city are waiting in the wings to seize an opportunity like mine. Could I let that happen?

So, which is the right choice? Leave town to star in a classic musical with an established company?  Or stay with a current project which may or may not blow up into something bigger? Born to hand jive baby? Or born to be a showgirl?

I sought out the advice of friends, family, mentors, and coaches. The consensus was unanimous: Now is not the time to leave NYC.  While Grease would be so fun, it would be a contract wrapped up in a neat little package with a concrete beginning and end, whereas, Showgirls could go anywhere and be seen by anyone and run for any length of time. The cast and I have built this thing from scratch and we have become a tight-knit family.  I can’t turn my back on them now, just when we are starting to get recognized for our efforts.

So, my choice is to stay in New York. It is a risk – but one well worth taking.   I will never grow as a person or as an artist if I take the safe, predictable route.  I have to ride this wave out, hang on tight, and see where it leads.   Also, now I don’t have to leave my cat.

Dear readers, do you think I made the right call?  What would you have done?

« There’s No Place Like Eataly
Tiptoe Through the Tulips »