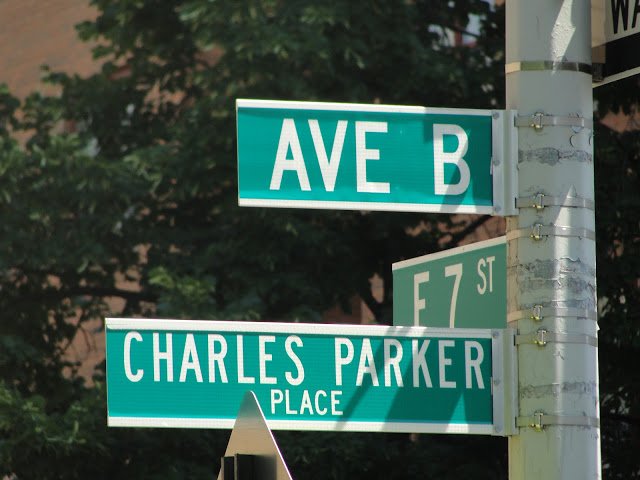 A night out in the East Village never disappoints. With a host of bars, restaurants, and shops, as well as vibrant Tompkins Square Park in the heart of the neighborhood, you’ll never run out of things to do. But this section of town wasn’t always thriving as it is today. In the 1970s and ’80s, this nabe wasn’t hip, trendy, or desirable. Some will argue that it was “cool,” but in a completely different way than the cool it is in 2014.

Remnants of those earlier times still exist –– the EV is one of the few areas of Manhattan with any amount of grit remaining from the good old days. My friend Lees Harris lived in Alphabet City in the mid-1980s. Recently, she reminisced about her gritty years there.

“I remember that my ex-boyfriend, Stephen, bought a condo on 8th Street between Avenues B and C. When we moved in, we were not only the first tenants of the newly refurbished five- story walkup, but one of two inhabited buildings on the entire block! It was so cheap that he was able to purchase the top two floors in the front of the building and the roof access.” Today, the same apartment would probably be in the millions.

She continues, “I remember walking over passed-out vagrants or drug addicts either on the street, in Tompkins Square Park, or in the doorway of my girlfriend’s apartment on 7th and Avenue A, and wondering if they’d actually blacked out, or if they were dead from an overdose. Most of the buildings across the street were abandoned and looked like they had been bombed out.”

“There was a homeless man who lived in the abandoned building across the street from us and we named him the ‘man with the dogs’. He had seven dogs and lived with them in the building, and he’d walk them and ask for money to feed them.”

“I actually thought it was kinda cool at the time because it was so quiet and dark at night, since no one lived there. There were no loud, screaming people roaming thestreets, no lights, no sirens —it was really an anomaly for NYC. I never felt threatened or unsafe, but then again, I’d been living in NYC for four years in the East Village and had enough street smarts to keep away from almost all people. The nice thing about the neighborhood was the walk from the subway –– being able to stop at the local cheese shop, meat shop, fruit and veggie stand, and wine store on the way home to pick up stuff for dinner on a daily basis and becoming regulars there.”

Doesn’t sound like a place where I or anyone would want to hang out, but the period that Lees is referring to was nearly 30 years ago. Times have changed, and drastically. Today’s East Village is cleaner and safer than its predecessor described above, but graffiti still covers many of the buildings and a bit of the seedy character remains on certain streets, as a reminder of what it once was. It’s not as quiet as it used to be either, but this edgy section of the city is still dark on the side streets, and cool, but in a different way

When Michael asked me what I wanted to do for my birthday this year, it was a no-brainer, “I want a night out in the East Village,” I told him. I’m not sure what it is that I love about this downtown nabe. Perhaps it’s knowing what transpired there not that long ago, or the fact that no two buildings or places of business are alike. It’s young and hip, but there are still pieces of the past left too. You may be familiar with the musical and movie Rent. The story was based on a group of artists living in the East Village in the 1980s, and the famous Life Cafe was featured, which sadly, is now closed.

There’s a variety of charming, unpretentious spots to choose from in the neighborhood. We started out with cocktails at Casimir, an adorable bistro on Avenue B between 6th and 7th Streets. We’d been here once before for brunch, which was simply French and delicious. Our drinks came with homemade potato chips dusted with cayenne. I love the atmosphere of Casimir and on a return trip, we’ll eat in the garden.

Just before 7 p.m. we headed for our reservation at Lavagna, a quaint Italian trattoria on East 5th just off of B. We’d eaten here before, and loved it. Reservations are practically required on weekends. By 8 p.m. the place is packed with not a seat in the house.
The owner recommended a fantastic bottle of red to accompany our rigatoni with spicy sausage, fennel and peas (we shared a half portion), our fish of the day for two (grilled striped bass), and our chocolate mousse cake. The crusty bread and olives are always fresh and authentically Italian, as I can still remember those from my visit to Italy more than a decade ago.

I do believe the pastas are the stars of the menu in this restaurant. Everything that I’ve eaten there has been delicious, but the pastas are original, with unique ingredients and flavors. The chef always serves al dente and piping hot, two essential ingredients in any fabulous pasta dish. Enough about food –– now –– on to the nightlife.

We moved on to one of my favorite little bars in the city —Rue B on Avenue B between 11th and 12th Streets.  Live jazz is the scene six nights a week, and the musicians are pretty incredible. The Saturday night trio consists of a piano, bass and drum, and they play all the standards but with more improv than what we’d typically hear. What I love most (every Saturday I’ve been there, it’s the same guys), is how much they love playing these tunes. They are in their own little musical worlds, with heads bobbing, feet tapping, and brows sweating. I find their love and passion for jazz to be inspiring. I could sit and listen to them all night!

It was getting late, and this birthday girl drank enough red wine for one evening. It was time to head north and hit the hay. Farewell to the somewhat edgy, gritty East Village until the next visit.