New York is hosting an extraordinary egg hunt this month. Artists, designers, and innovators such as Ralph Lauren, Martha Stewart, Jeff Koons, and Carolina Herrera created more than 250 giant eggs, each of which is strategically placed somewhere in the city’s five boroughs. The big eggs can be hunted easily by anyone with a smartphone, sense of direction, and a capable pair of legs.

Yesterday, I started my hunt and managed to find more than a dozen eggs, but I barely touched the tip of the eggberg. I wish I had the time to hunt and photograph each and every one of these art projects, but I wouldn’t have any time for blogging!  I’ll be out on the streets again next weekend before the event ends on April 17. Here are some highlights from my afternoon with the eggs. 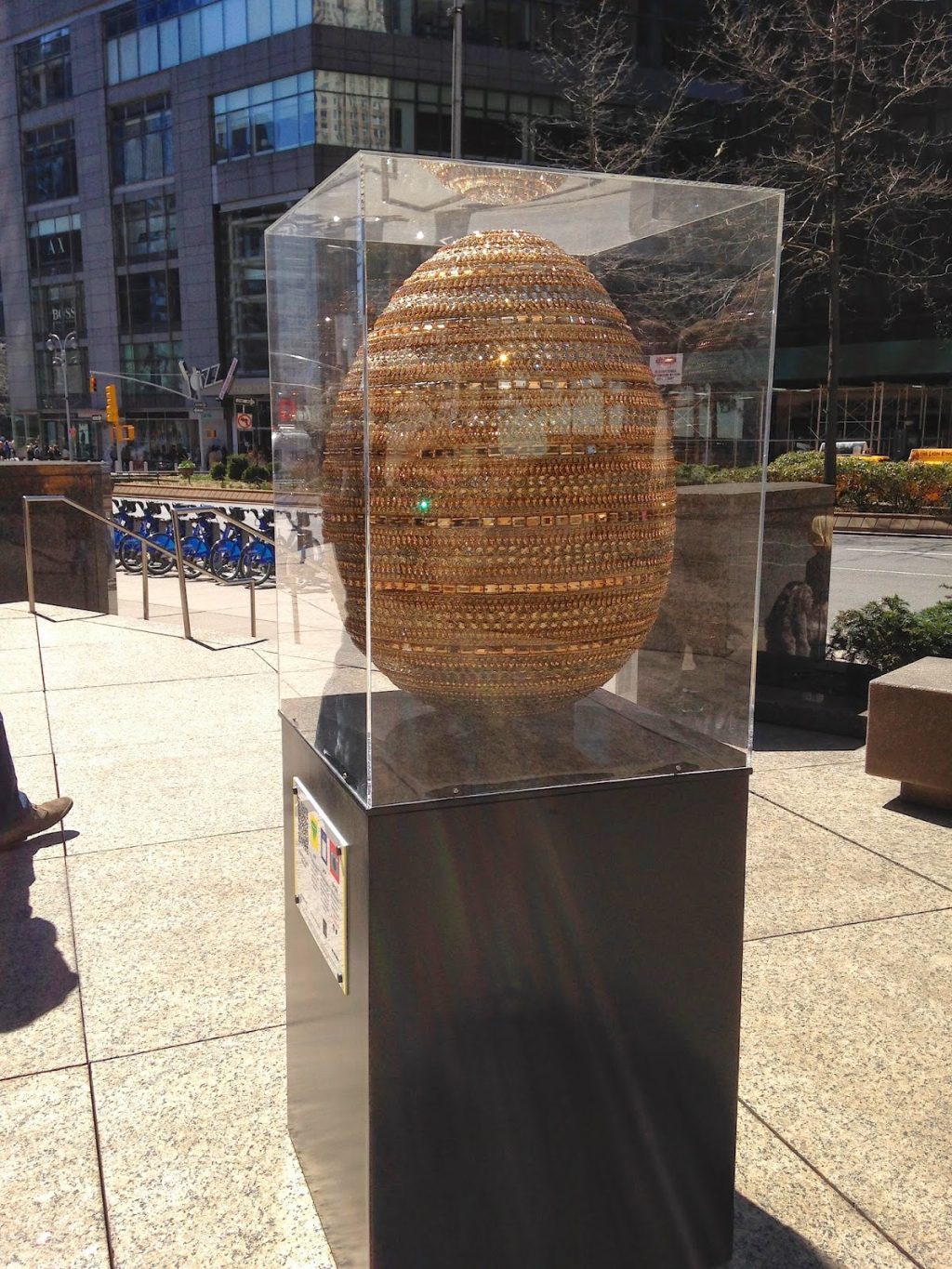 One of my favorite eggs so far is from photographer Robert Farber. A neutral collage of Farber’s greatest photos –– many of which are nudes –– this egg is on display in the Lowell Hotel at 63rd and Madison.

The video below shows the making of Farber’s egg. Transporting a giant egg on the NY subway is no easy feat! Although New Yorkers rarely turn their heads and show interest in anything they see on public transit or on city streets, this egg gets a few looks, smiles, and even a sniff. Take a look.

All funds raised through The Big Egg Hunt New York go to Studio in a School and Elephant Family.