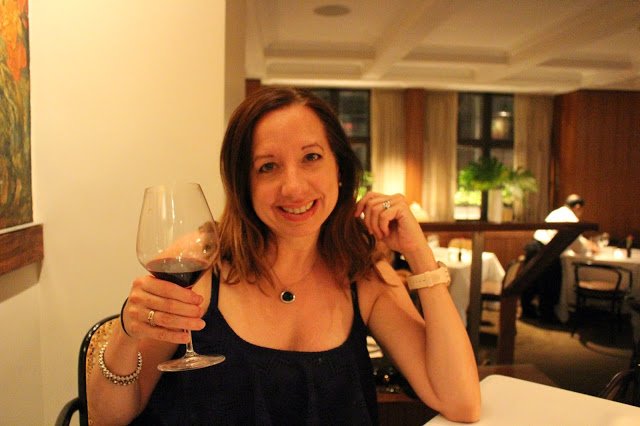 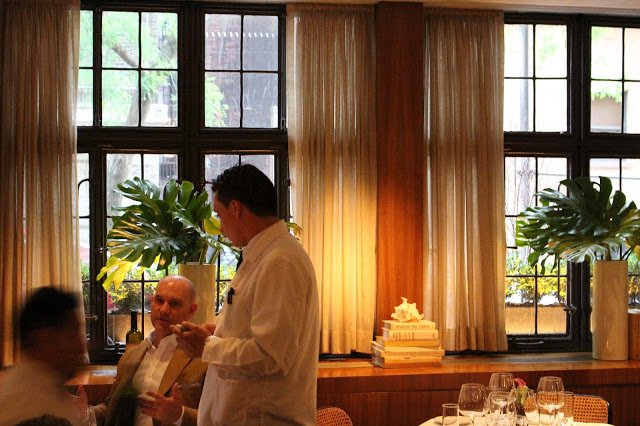 Any New Yorker who loves food as much as I do has probably experienced a few exceptional meals in the city. Many of NYC’s top-tier restaurants boast innovative tasting menus with carefully curated wine lists, and service so stellar that you could practically ignore the ingredients on your plate, except for the fact that your dish was so unbelievably delicious and you didn’t leave a single bite. I had one of these extraordinary meals a few weeks ago at The Leopard at des Artistes, a restaurant in the stunning space at 67th and Central Park West, which was the home of the famed Café des Artistes for nearly a century.

Located in the legendary Hotel des Artistes, the former residence of prominent New Yorkers such as Isadora Duncan, Alexander Woollcott, and Norman Rockwell, the charming Gothic-style building is exquisite both inside and out. Open since 2011, the restaurant’s renovation included retaining and restoring the colorful murals by artist Howard Chandler Christy, which he’d originally painted for the Café at des Artistes. 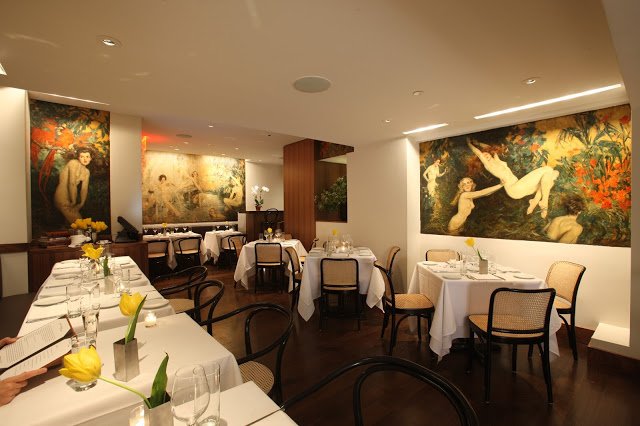 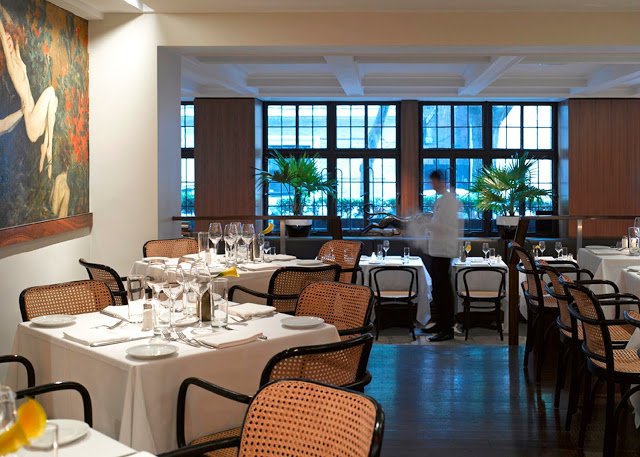 I knew that Mike and I would be in for a treat because I had read great things about The Leopard. Let’s  just say that we weren’t disappointed in the least! We opted for the ‘BYOB Sunday Supper’ –– a special meal that The Leopard is running on Sundays. On our way, we picked up a few recommended bottles of Italian red around the corner at 67 Wine, one of my favorite wine shops in town.

Our dining experience at The Leopard at des Artistes ranks in the top five we’ve had in New York City. Take a look at some scenes from our evening.

We enjoyed both salads. Even if you’re not a beet lover, the salad’s flavors were mild and all of the ingredients worked well together. I especially liked the creaminess of the Gorgonzola. The octopus was tender and perfectly cooked. I know how octopus can be hit or miss, and this dish was a hit! 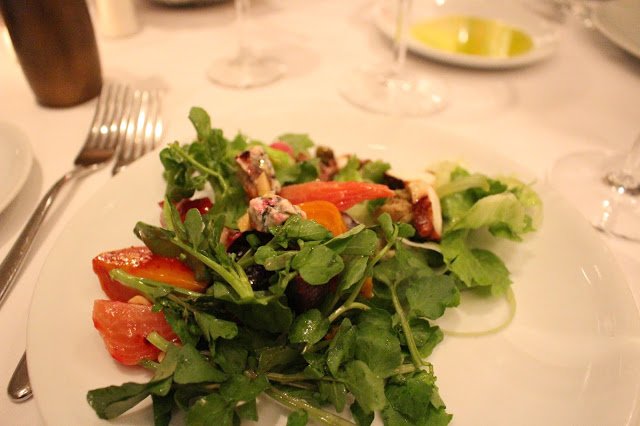 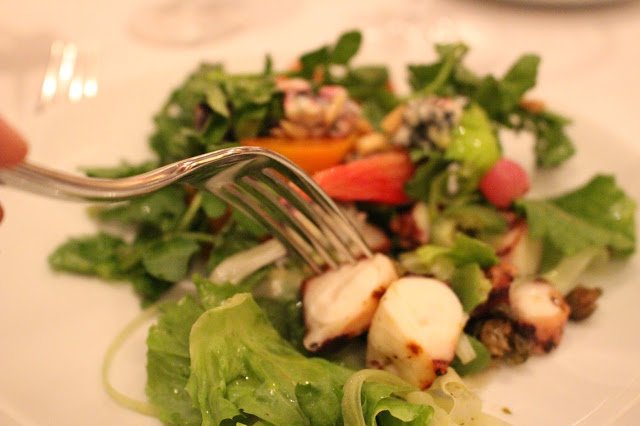 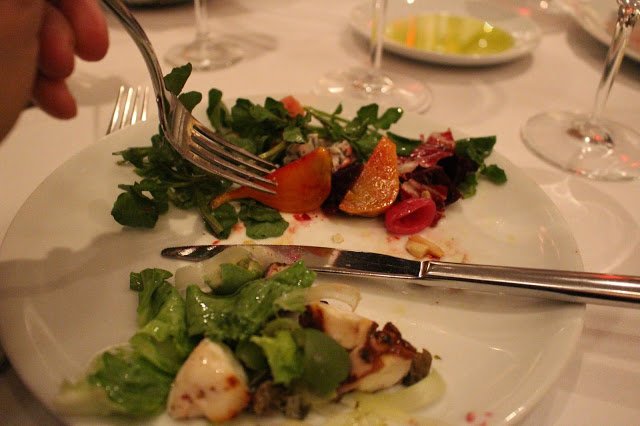 It’s now time to enter pasta heaven. It was Sunday after all, so it was an excellent day to carb splurge.

First up was the special homemade spaghetti Chitarra with summer truffle, Taggiasca olives and wild arugula. This plate was decadent. Hmm…do you think it could’ve been the summer truffle? 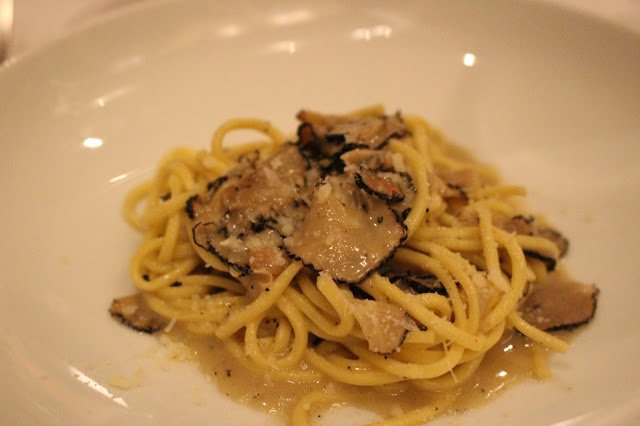 For our second pasta, we indulged in a beautiful ravioli of escarole, pine nuts, raisins and Gaeta olives, in veal “Genovese” sauce. 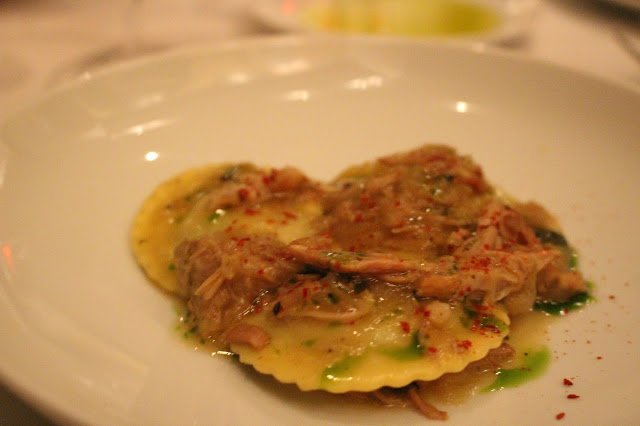 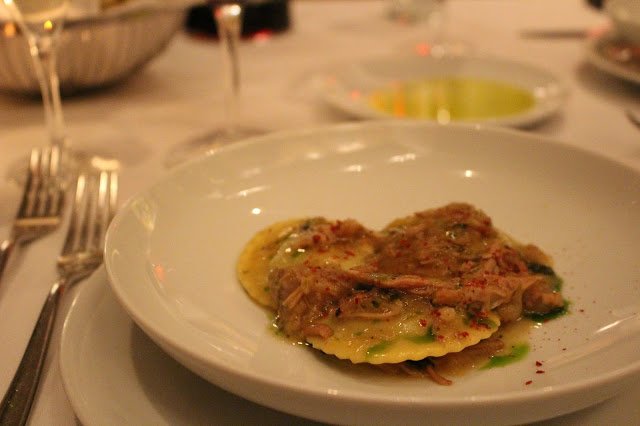 Three meat & prosciutto tortelloni on light veal sauce, finished with mascarpone cheese and thyme concluded the pasta courses. I loved the simplicity of this dish. 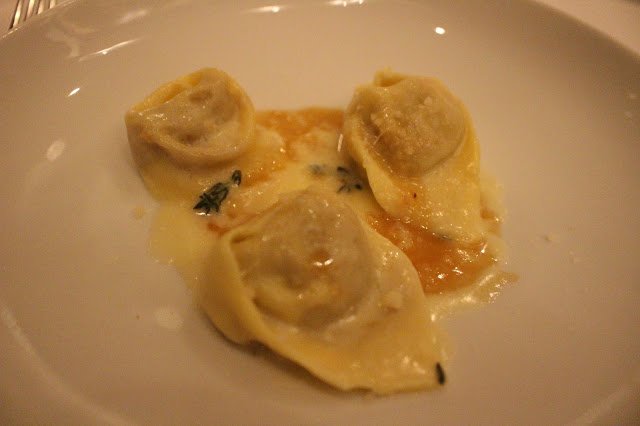 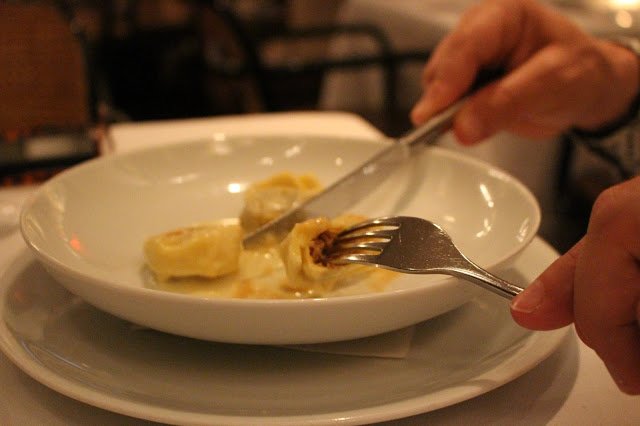 I’m fond of these small portion sizes rather than one larger dish because we got to taste a variety of the menu. I don’t know that I could pick a favorite here. Well, maybe it was the truffle pasta, but I’d order all three again, and clean the plates each time!

For our entree selection, our server brought the special Dover sole broiled on the bone with olive oil, oregano and lemon, presented “whole” and filleted the fish table side. This dish was the perfect finale to our savory courses. The fish melted in my mouth. 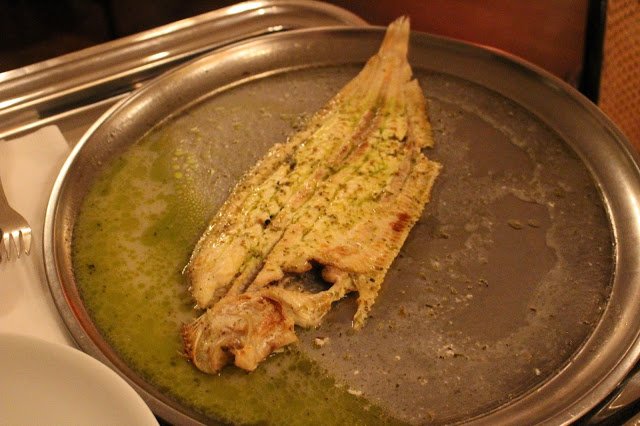 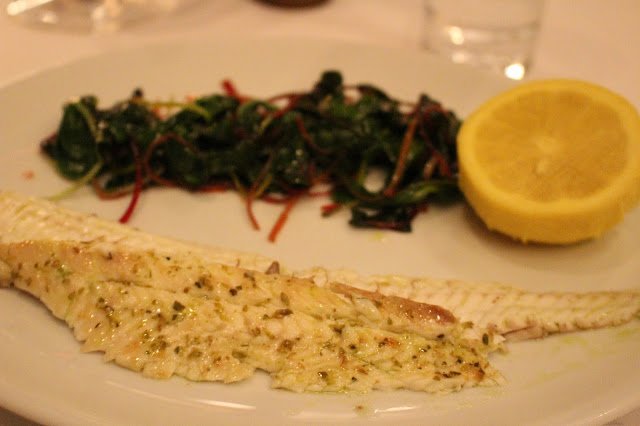 At this point in the meal, Mike and I were full but we couldn’t refuse the beautiful desserts ––a traditional Sicilian cannoli filled with sheep’s milk ricotta and chocolate chips, and Nutella chocolate mousse served on hazelnut crunch and banana gelato. The chocolate mousse was incredibly tasty with the right amount of crunch, sweetness, and a mild banana flavor, yum. 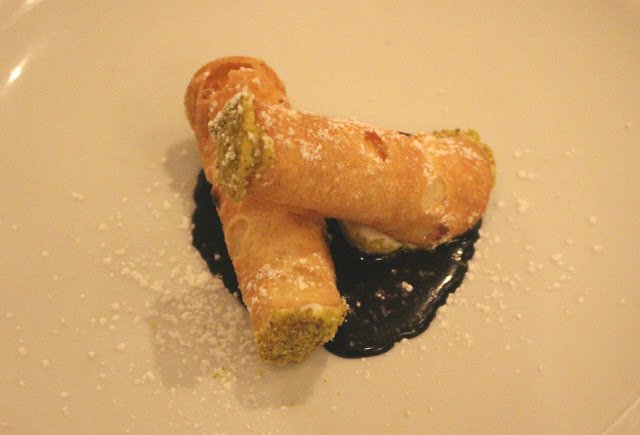 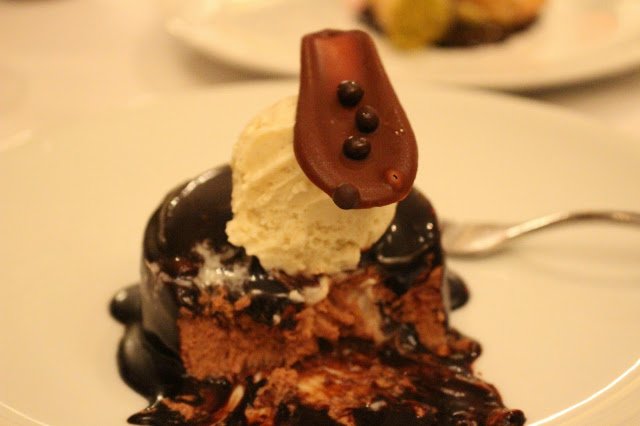 If you can’t make it to BYOB Sunday Supper, The Leopard launched its new Spring/Summer menu a few weeks ago.  Among the new dishes, you’ll find:

« United On Broadway: Stars in the Alley
9 College Lessons That Apply to Living in New York City »