It’s no secret that NYC has more than its fair share of luxury hotels. I’ve attended magazine parties at the Pierre, and liquor brand launches at the Gansevoort – both, very memorable affairs with beautiful surroundings. Still, no hotel in this city is as historically significant and classically “New York” as the Plaza.


Having celebrated its 100th birthday in 2007, the Plaza has become a cultural icon providing the backdrop for movies like Home Alone 2: Lost in New York, Barefoot in the Park, Arthur, and American Hustle. The hotel was also a source of inspiration for F. Scott Fitzgerald, who featured the hotel in The Great Gatsby.

Located at Fifth Avenue and Central Park South, this chateau-like hotel boasts prices averaging $1,000-plus per night, as well as condominiums starting around $2 million for a studio, and going up to more than $20 million for a four-bedroom unit. Fortunately for the average New Yorker (and tourist), there are several Plaza experiences that can be enjoyed without having to spend money like a Rockefeller. 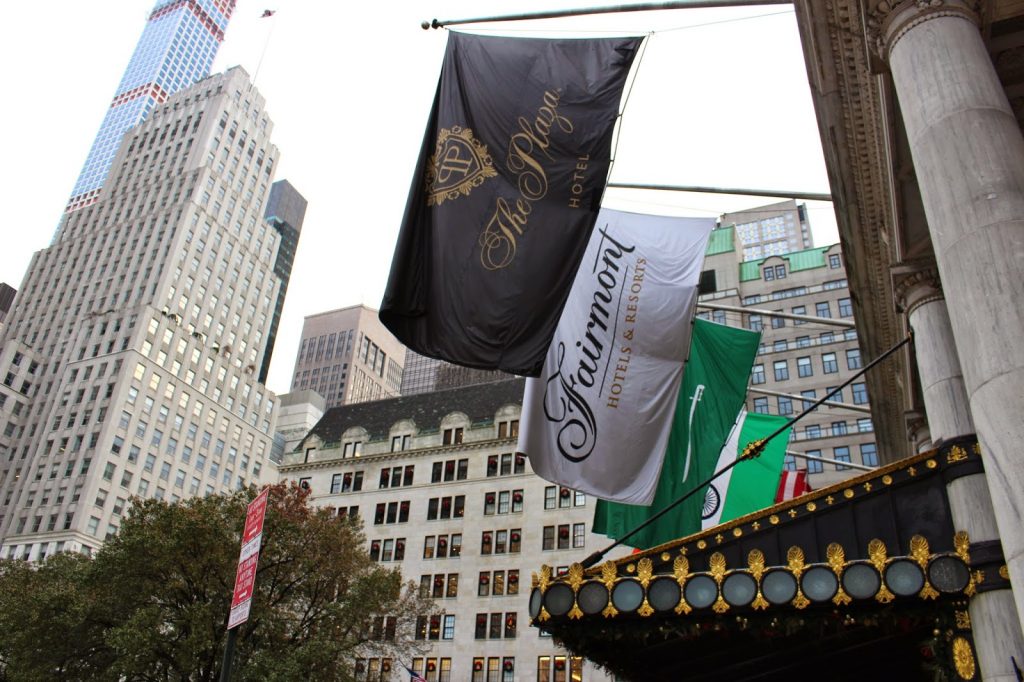 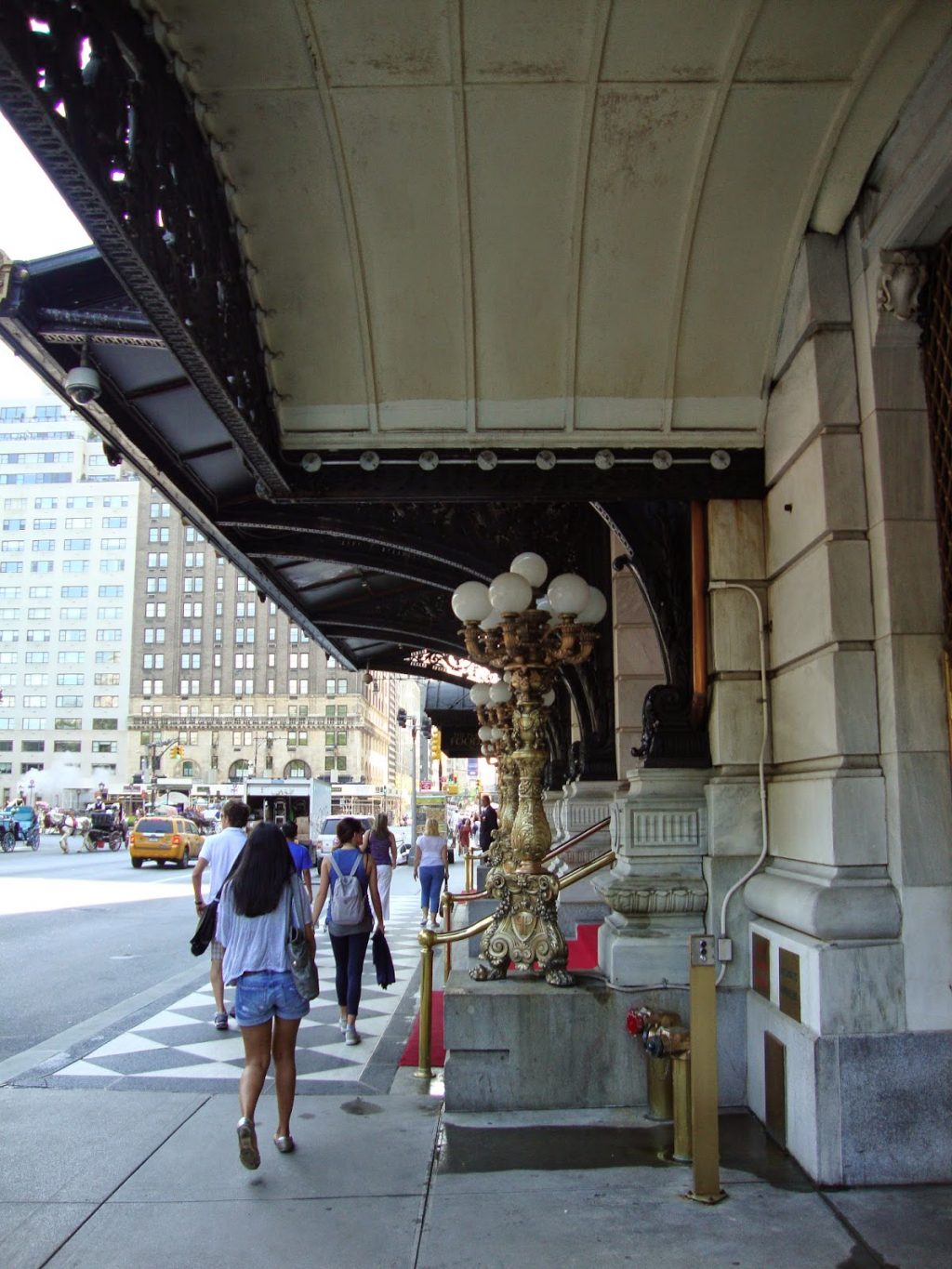 Afternoon tea.
The Palm Court serves up a wonderful tea service while patrons are surrounded by stunning arches and potted palms. The menu features “The New Yorker Tea,” which offers traditional British tea sandwiches and scones, but with a local twist. An impressive cocktail list is also available until 11 p.m.

Eloise parties.
What strikes me about the Plaza is that even though it’s an upscale hotel, it’s also very kid-friendly. The Eloise books, published in the 1950s, have made the hotel a venue for little girls to enjoy everything from tea time, to Eloise-themed birthday parties, to shopping at the Eloise boutique. 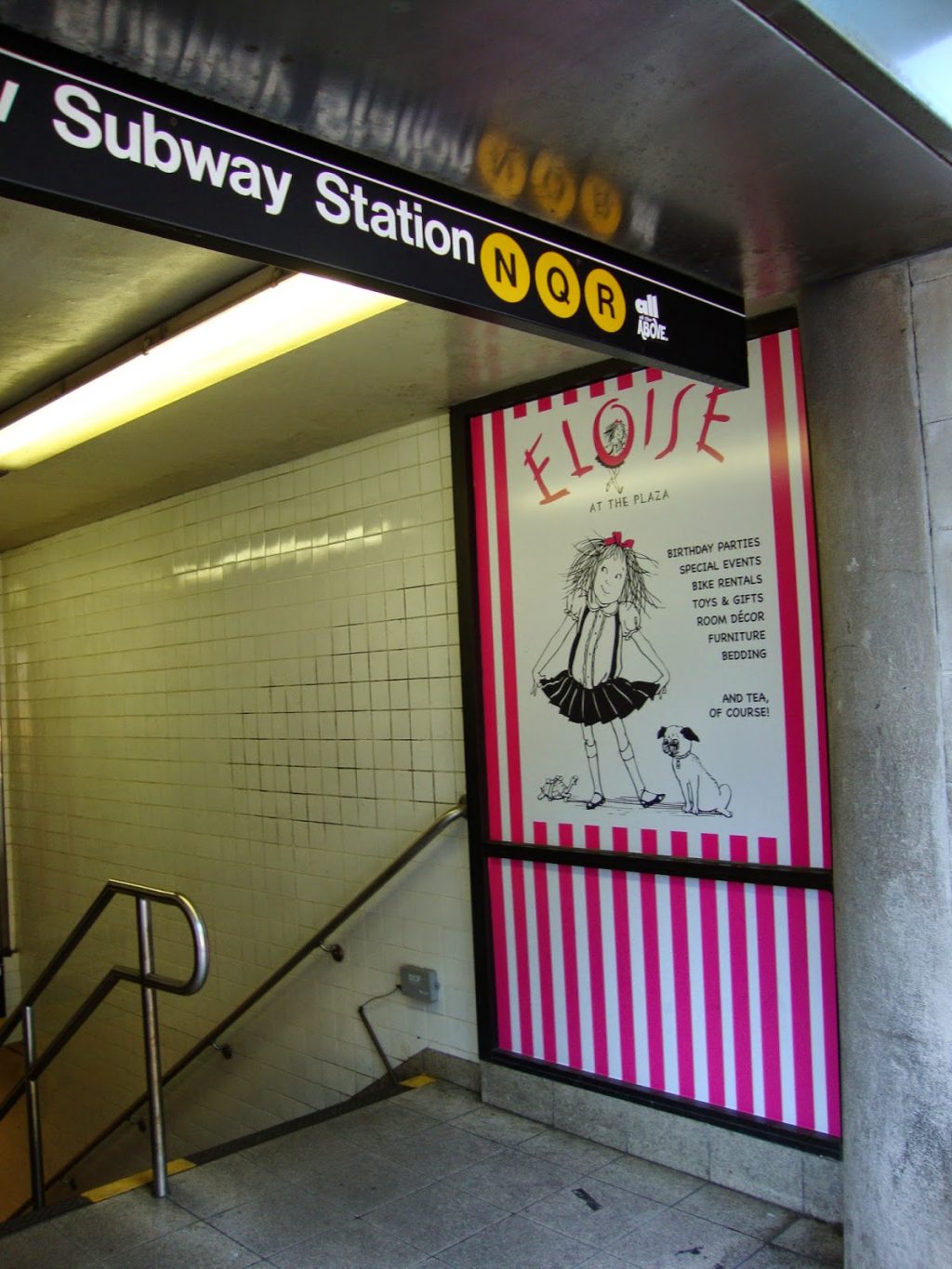 The champagne bar.
I absolutely love the Plaza’s champagne bar, where we celebrated my friend Bekki’s engagement party. The room is nothing short of luxurious, yet it’s extremely comfortable and doesn’t feel too pretentious. I could lounge in the plush armchairs for hours. Also, they make one hell of a Bellini.

The Todd English Food Hall.
Whether someone is looking for a quick drink at the wine bar or hosting a private event, the Todd English Food Hall is a great place to visit. The cuisine is European-inspired, and customers can take their pick from nine different food stations including pizza, oysters, and patisserie. The Plaza Food Hall, an extension from Todd’s, is also a favorite of mine and features vendors such as Luke’s Lobster and Lady M (their signature multi-layered crepe cakes are amazing).

As a bit of a history nerd, along with the fact that I love all things posh, I consider the Plaza Hotel to be an absolute must-see. It’s a perfect example of New York City’s timelessness. Even as a local, the building’s architecture, with horse-drawn carriages and Central Park as its backdrop, is a sight that never gets old. 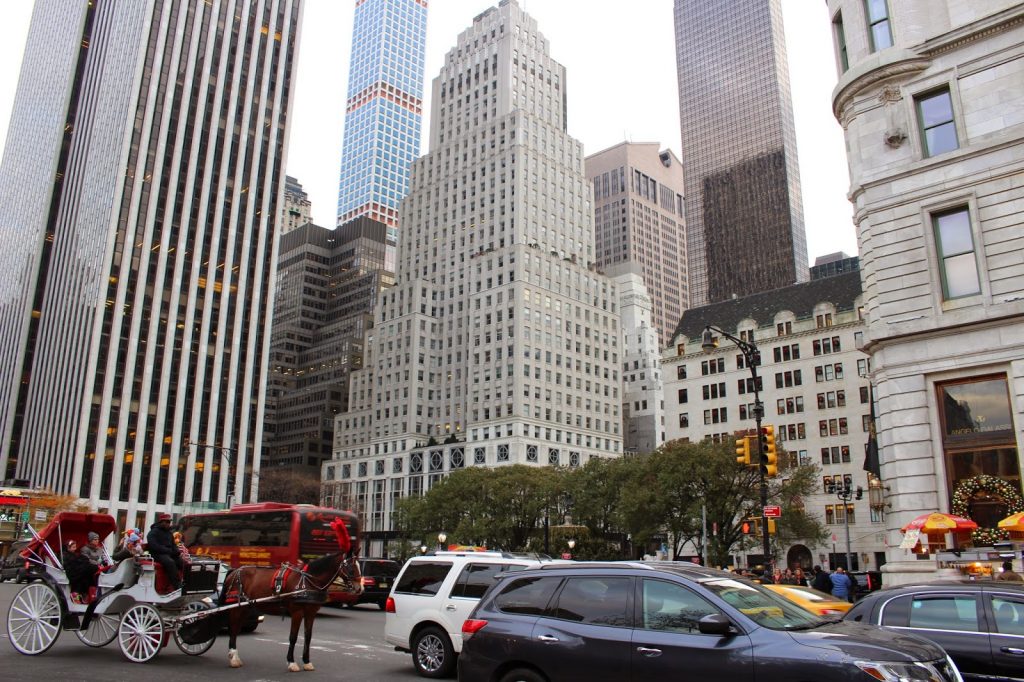 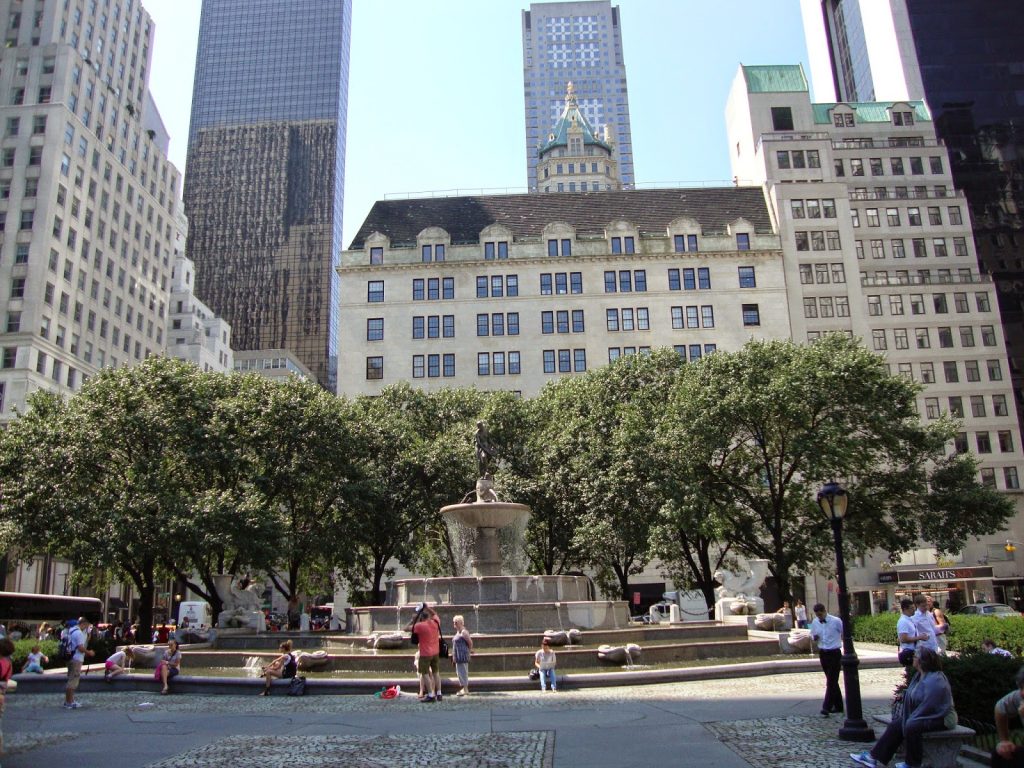 « Arturo’s, Where Have You Been All My Life?
TodayTix: Broadway Tickets in a New York Minute »