Do you dream of living in NYC?

Loving the idea of living in NYC and loving everyday life in the city are poles apart. Thousands of NYC visitors fall in love with the city each year (I was one), but only a handful can honestly flourish as full-time residents. If you’ve been bitten by the New York love bug, know you’re not alone, but getting caught up in the romance of the Big Apple will be miles away from dwelling in the city permanently. If you can’t hack what I discuss below, you’re better off clearing your calendar for a weekend or two each year, rather than uprooting your existence for what you fantasize as the New York life. Here’s what you’ll need to be okay with to love living in NYC.

Before I lived here, I rarely, if ever rode the subway. When I moved to the city, although reluctant at first, I began taking it daily. Now that I’ve been working from home for several years, I don’t ride as regularly but I still rely on the New York subway to get me around town because it’s the most cost-effective and efficient method when commuting distances. 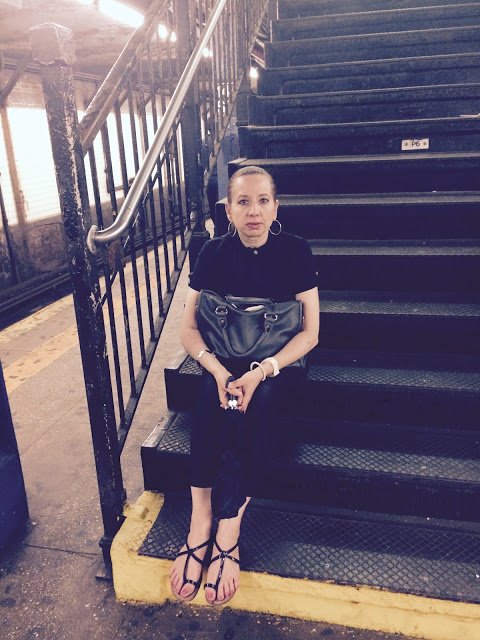 Because of the volume of people, everything you do in NYC requires more time –– and waiting. If you don’t have patience, you’ll have to develop that virtue upon signing a lease, because you’ll be standing in queues on an almost daily basis. From Whole Foods to your local post office to the movie theater and especially tourist draws like Levain Bakery, waiting is almost inevitable.

Rubbing elbows with people from different classes, backgrounds, and beliefs.

The city has long been an entry point for immigrants as well, so people from just about every nation have settled here. If you’d rather mix with others like yourself and not be exposed to different beliefs, cultures, and lifestyle choices, then NYC might not be your place. If you’d prefer not to live in the same zip code as people on public assistance, those earning a modest income, and those making millions, then this city is probably not for you either. As my mother once said, “That’s New York. It’s a little bit of everything.” And in my opinion, the melting pot is one characteristic that makes living in NYC great.

Paying more for almost everything.

It’s no secret that the city is an expensive place, but until you live in New York for a year or two, you can’t comprehend how short a distance your money goes. Expect to pay more for the most trivial purchases than you would in other cities. Groceries, personal hygiene items, veterinary care, clothing, and the list goes on, will quickly deplete your bank account because you probably haven’t budgeted enough. Add 30 percent to what you assume something will cost, and then you might be on target. To love living in NYC, you must accept that everything will cost more, and don’t beat yourself up about spending so much to live here.

January and February are brutal months in New York City, and humidity tends to soar in July and August, making for sticky and smelly streets. I understand you might be from Minneapolis where it snows seven or eight months each year, or you went to college for four years in South Florida where the average daily temperature is 84 degrees. But, living in NYC is different, and here’s why….

In New York, you’ll be exposed to the elements. Walking sometimes miles.  Going underground to catch the subway (point #1) when it’s 90-plus outside and 100-plus on the platform. Waiting for a bus in the midst of a polar vortex. Climbing stairs. Carrying packages. Schlepping through ice and snow. Now you can thoroughly understand where that New Yorker toughness everyone talks about comes from. 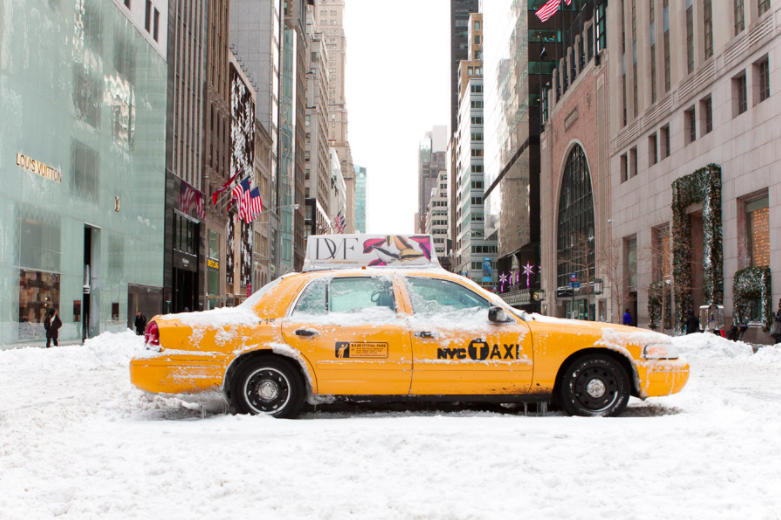 Depending on where you move from, you’ll probably have to downsize to live here. Unless, of course, you move from another expensive city such as San Francisco or London. Editing your lifestyle isn’t always bad, however. In fact, ridding yourself of those belongings you don’t need can be liberating. But remember, less space won’t be temporary, as long as you live in the city. If you want to love living in NYC, you’ll have to get used to living smaller and with less for the time you reside in New York, unless you become financially secure enough to own a home outside the city. A rustic cottage would be sufficient.

The city is much cleaner than it was 30 or 40 years ago, but you’ll still see trash on the streets and in the subways. Even the “new” New York is far from pristine or sterilized, so to love living in NYC, you have to be able to look and smell past the dirt, garbage, and urine, and appreciate the atypical beauty of this town.

If you want to love living in NYC, then you’ll need to love walking. Grasping the number of miles New Yorkers travel is futile unless you live here. A simple trip to Zabar’s and back is 20 blocks or one mile for me, and I consider that a short walk. Some locals walk 30 or 40 blocks every day to work and think nothing of it. New York is a walking city and being on foot is one of the pros of living here. Not only is your carbon footprint smaller, but you’re healthier too. If you like spending time in a vehicle and don’t enjoy walking, then you’ll more than likely be downright miserable living here.

Not making it big.

Chances are, you have a desire to move to NYC and pursue your dreams. Maybe you want to be an actor or model, open a small business, or write your first novel. But making it in New York may not mean a six-figure book deal or a leading role in a major motion picture. Rather, making it could mean earning a living doing what you love, and in the process, discovering one of the world’s most spectacular cities, day by day, inch by inch.

Making it could mean forging lifelong friendships with like-minded individuals, and taking full advantage of the various opportunities that come your way. Making it may mean living a wonderfully rich and fulfilling life, one you might not have been fortunate enough to experience had you not lived in New York City.

Do you love living in NYC? I’d love to know why, so share in the comments!

Also, becoming a New Yorker, when does it happen? And things that become luxuries when you live in NYC.