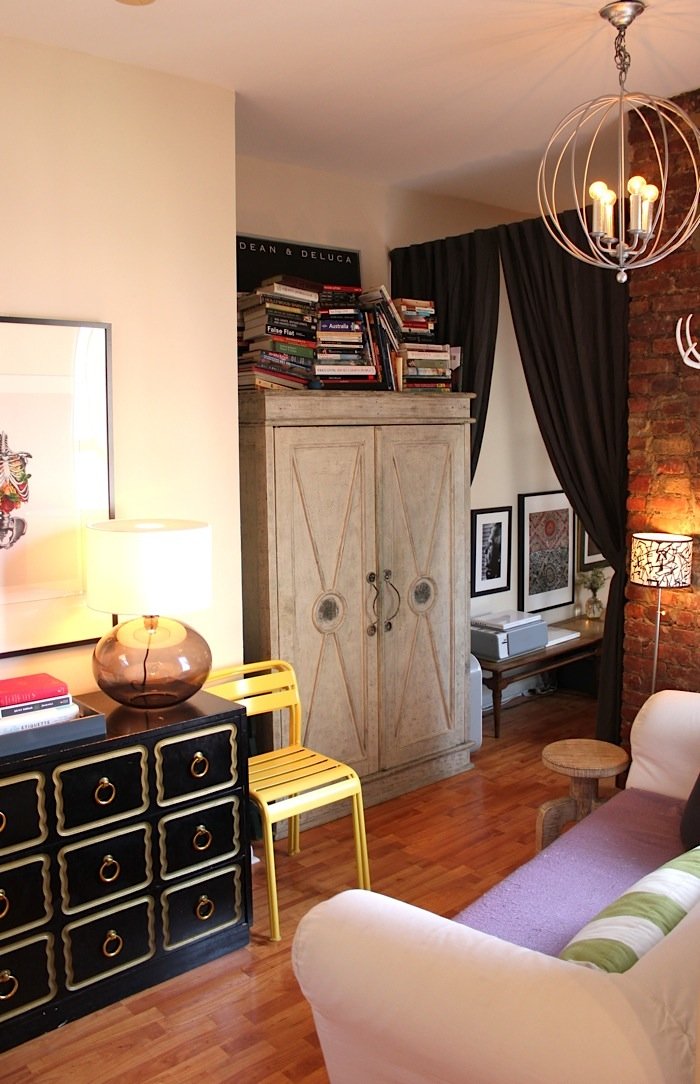 John McMahan shares an Alphabet City studio with his partner, Tim Schirmer, and their three canine companions, Rocco, Otis, and Moni. At 260 square feet, one could say that that this East Village apartment is cozy, especially as a full-time residence for a party of five. Yet, the couple and their four-legged friends live comfortably in what feels “more like a small one bedroom” than a single-room flat.  According to McMahan, “The layout is killer.”

During the search and prior to finding the downtown dollhouse, “We were trying to get out of a really bad slumlord situation in Washington Heights,” he continued. And no matter the square footage, it was the floor plan that sold the apartment. The flowing natural light – often hard to come by in NYC apartments – didn’t hurt either.

He and Schirmer have comfortably made the unit their home for the past several years, and manage just fine in the compact space. “It helps that we have completely opposite schedules,” McMahan told me. “We split the space when we are there, one of us in the bedroom, one of us in the living room.” Unbelievably, they don’t feel like they are on top of one another, and they manage to accommodate guests in the
sleeping loft.

Beyond the well-functioning layout, their favorite features of the apartment include the distribution of storage areas, charming kitchen, and architectural details of a coveted circa 1900 building. 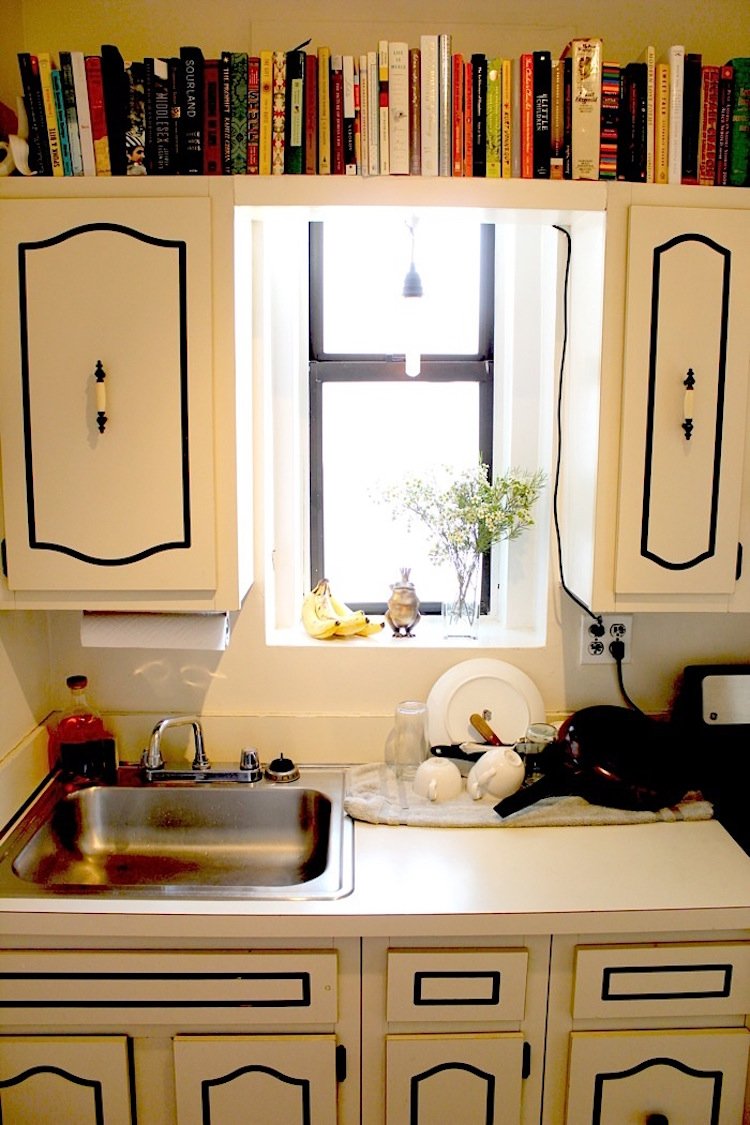 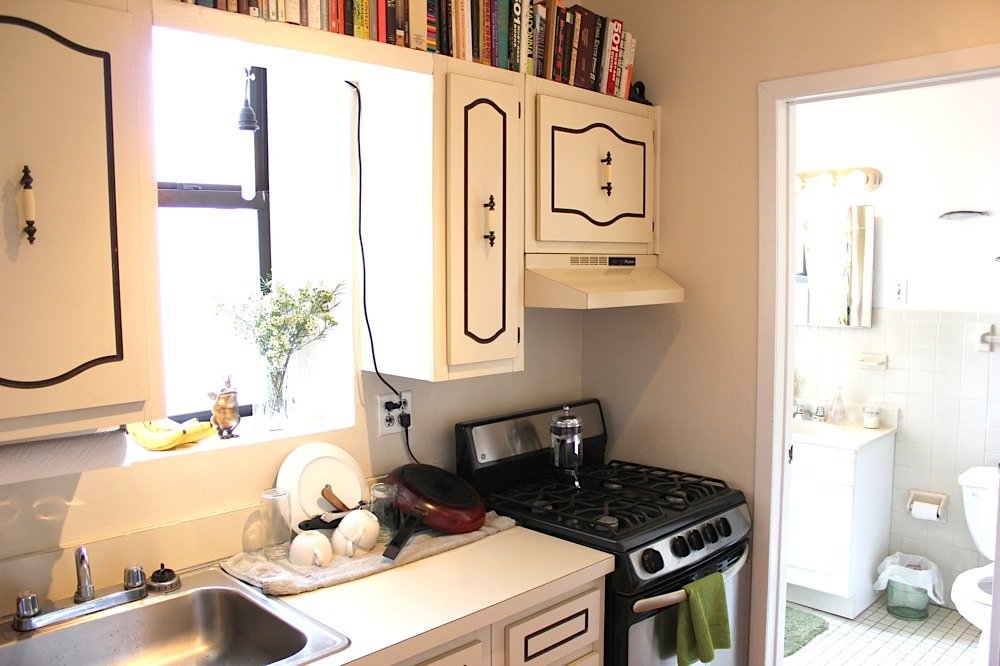 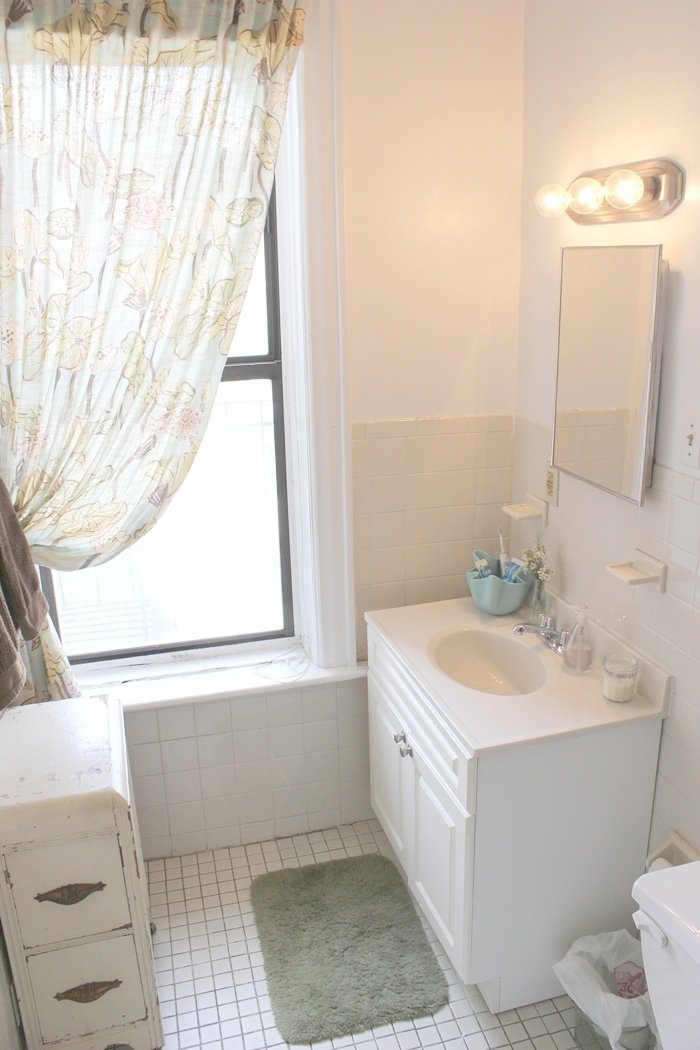 Lack of a bathtub and microwave, not to mention the characterless Pergo floors, are the weak links in the third-floor unit. But the exposed brick, cool sleeping loft, and hip neighborhood more than make up for these few undesirables. 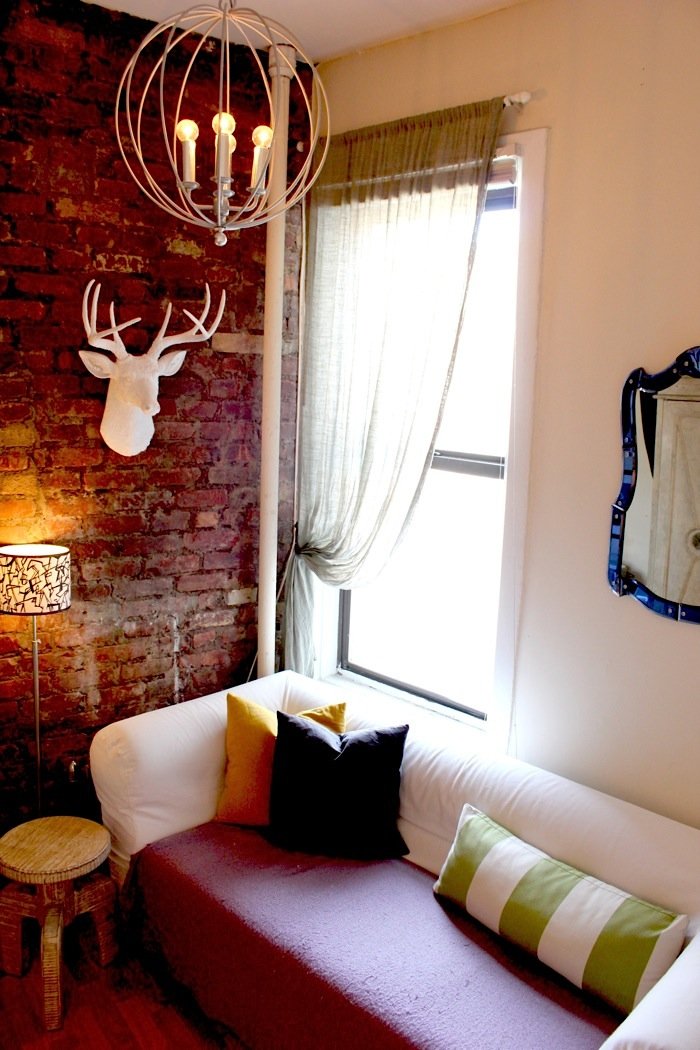 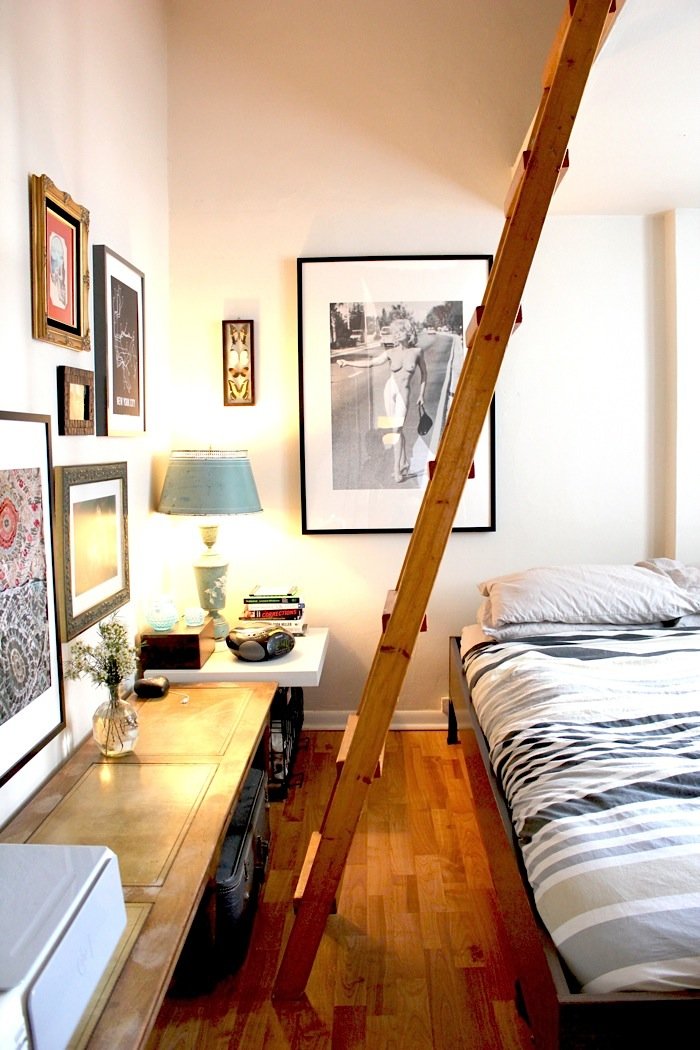 “Alphabet City is amazing – great food and drink just steps away.” VBar is the drinkery of choice to watch the city go by with a beer in hand, and dozens of other food and nightlife choices make living in the neighborhood both convenient and fun.

As far as squeezing their belongings into the tiny walk-up apartment sans elevator, it wasn’t easy – they hired movers to get the job done. And according to McMahan, it was the best money he’s ever spent.

Could you adjust to living in a well-designed 260 square foot apartment in New York City?

« Ain’t No Party Like a New York Party
Making It Up: Improv in NYC »