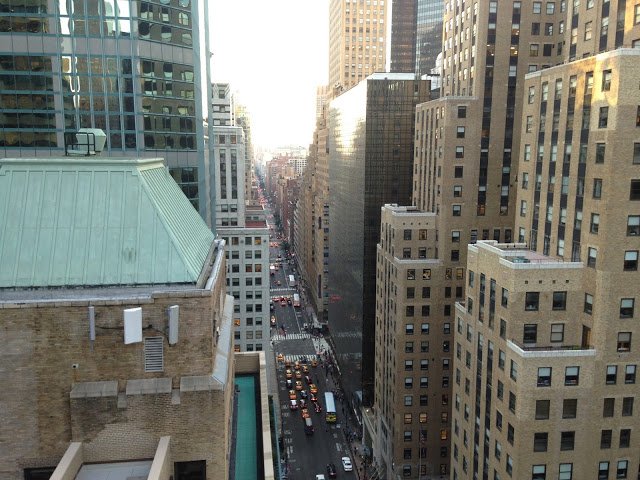 Yes, most of New York City is set up in a grid system – but that doesn’t always mean it’s the easiest city to navigate. One wrong turn, and you can be lost in Central Park for hours, on an express train instead of local, or end up in the wrong borough altogether.  Whether you’re new to the city or visiting for the umpteenth time, here are some tips to help you get around NYC.

The MTA doesn’t always know best.  In many cases, the MTA employee manning the kiosk, train operator, and MTA website all have different information.  (It’s so bad, in fact, there’s even a website devoted to whether the L train is running or not.) For the best updates, use the iTrans app (which is even endorsed by the MTA for accuracy). It will be the best $3.99 you’ve spent on anything transit related.

You can consolidate all those stray MTA passes.  If you have a few old subway passes that don’t have enough money to pay for one ride, the MTA employee at the token booth can consolidate the funds onto one card. It’s an easy way to save a few dollars!

You can use both the subway and the bus system with a MetroCard.  If you already have a card, you don’t need to purchase a separate ticket for the bus. Your card will automatically work for a transfer within two hours of your first swipe, whether you used it on a bus or subway.

Certain bus lines like the M86 and the M15 offer Select Bus Service to expedite the ride. You must purchase your bus ticket before boarding. At the bus stop, insert your MetroCard into one of the electronic kiosks to print out a ticket. Be sure to save the ticket until you complete your ride in case the transit police asks for proof that you paid.

7. Don’t get dumped by your cabbie.

Once you’re in a taxi, the driver cannot turn down a fare. A driver cannot discriminate against a rider based on their ultimate destination (along with race, sex, etc.).  If you’re the victim of discrimination, use 311 to report the incident.

9. Don’t be afraid to rideshare.

Apps like Lyft and Uber are definitely flashy, but for a cheaper travel option, use a rideshare app like Via.  You’ll still get to your destination in the same amount of time, but your ride price will be chopped in half (and then some).  What could be better?

Intimidated by the New York subway? Check out Tracy’s guide to playing it safe.