THE BEST OF
by Tracy’s New York Life Editoral Team


Today we move on to the 12th most popular blog of 2014. This flashback will give you the opportunity to catch some of our hottest posts of the year if you missed them, or reread a few favorites before we move on to 2015. Have you read #13? If not, catch that post here. 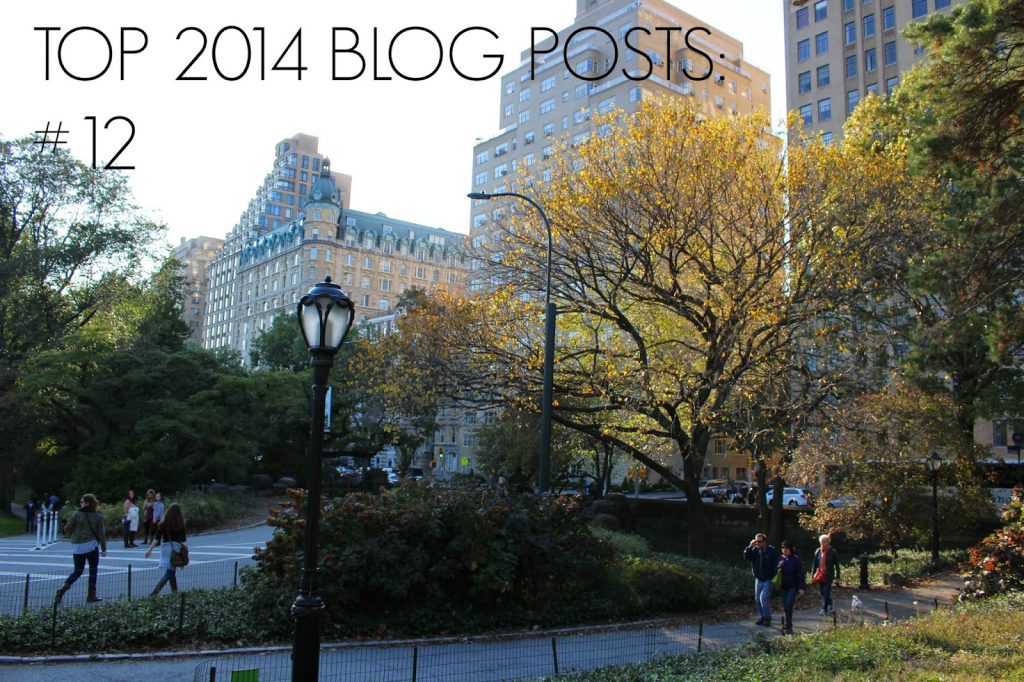 Anyone who’s ever visited New York City can remember their first trip. The bright lights, constant stimulation, buzzing traffic, and nonstop energy of the Big Apple seem impossible to forget. Simply taking a bite isn’t enough either, which explains why many tourists return year after year or eventually leave their hometowns and settle in Gotham.

Nova Scotia native Stephanie Crocker reminisces about her initial visit to NYC and attractions like Central Park, Broadway, and the Empire State Building. She longs to return to her favorite place in the world, and we can understand why.

Hi. My name is Stephanie. I love New York City. I would like to think I am a New Yorker at heart. Though I have only spent five days in this great city, it forever changed me. And this is how it started.

When we arrived at La Guardia Airport and eventually found our driver, we headed to our first stop: the Hotel Edison. It was beautiful. Then we went to explore.

We walked to Times Square, which was only a few minutes away. I was completely overwhelmed. It is hard for me to explain what I felt, but I knew I wasn’t going to be homesick.