We’re back with more of the best posts of 2014, and now break the top five. This flashback will give you the opportunity to catch some of our hottest posts of the year if you missed them, or reread a few favorites before we move on to 2015. Before you catch #5, read #6 here. 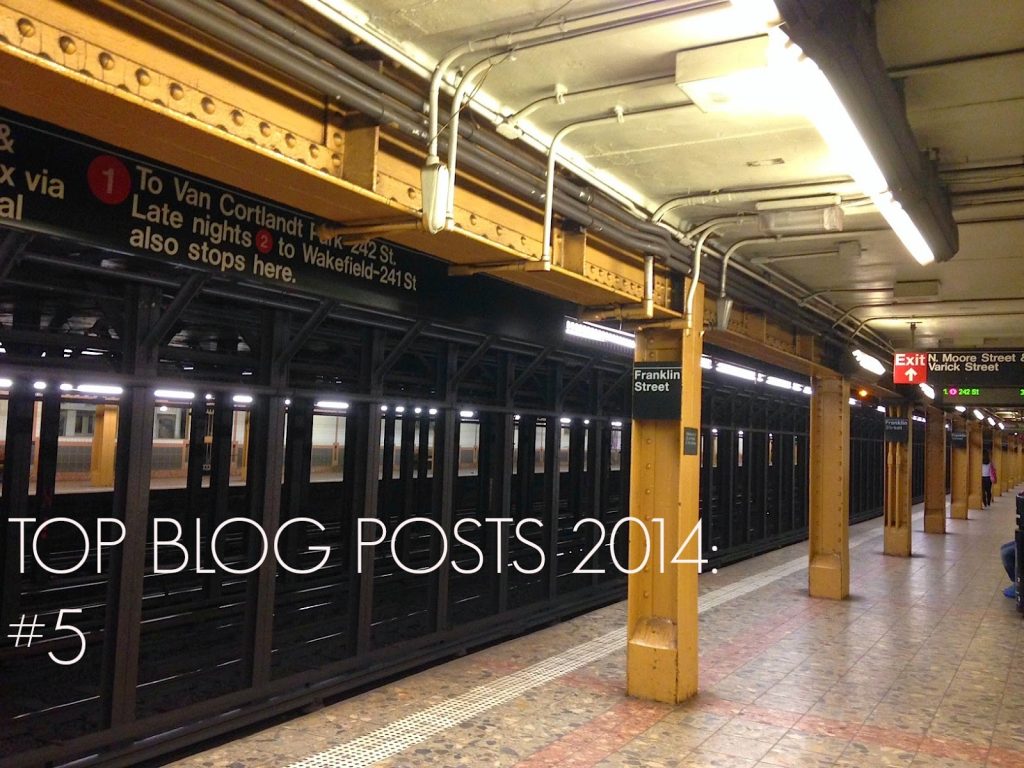 Even the most devout New Yorker takes breaks from city life.  A weekend in the mountains, a few days at the beach, an extended vacation on the other coast or in another country can recharge and revive us. But when work takes us away for an extended period of time (several months), we can’t help but miss home, even when home is a place as manic as New York City.

What’s more, since the New York lifestyle offers more conveniences and choices than most other towns, we become spoiled and jaded, taking our fair city for granted. That is until we leave.

Our very own Rori Nogee landed a theater job outside New York for three months!  It may sound fun and adventurous to leave the city for the summer, but for a born-and-bred New Yorker, that’s a LONG time. After a little more than one month, Rori misses her hometown.

New York City is one of the greatest cities in the world –– the art, the culture, the diversity! However, as a permanent resident, there are things that do become tiresome: MTA construction, sewage smells, rats, and the never-ending hustle and bustle. It is necessary to escape to a place of peace and quiet now and then in order to be able to endure city life daily.

As an actress, I am fortunate to be able to travel all over the country.  I am currently performing for the summer in a small town in Tennessee, an hour outside Nashville. While the first week was a sweet reprieve from the noise and stress of New York, I am now growing increasingly homesick. These are the top 10 things I miss most about NYC.

Finish reading #5 of the top blog posts of 2014: Top 10 Things I Miss Most About New York City