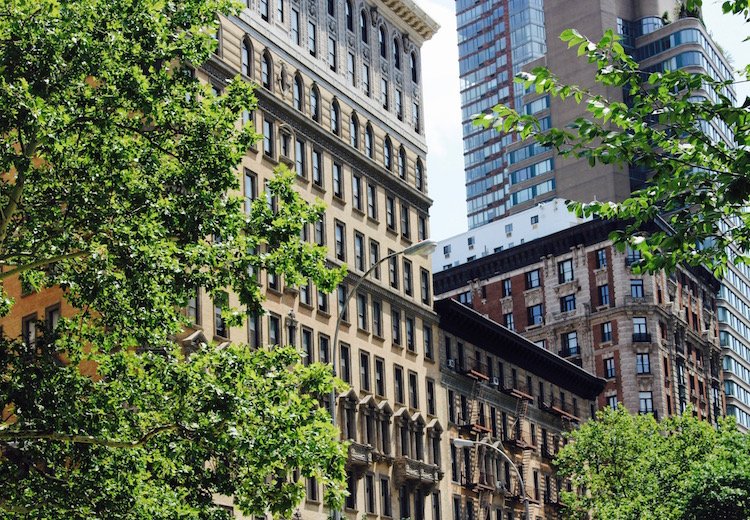 Are you thinking of moving to the Upper West Side of Manhattan?

New York’s Upper West Side has been my home for almost 10 years. I’ve seen the neighborhood change since I began living here, and undoubtedly, like all others, the area will continue to evolve. For the most part, I’ve blogged about why I love my neighborhood and how proud I am to be a West Sider. And overall, it’s beautiful and easy to live in, but I feel compelled to share the aspects that I don’t like, so you can make an educated decision if this nabe is on your short list. Below are the not-so-great things you should know before moving to the Upper West Side.

There’s a concentration of chain stores.

Admittedly, convenience comes into play. Not having to schlep to another borough, over the bridge, or under a tunnel to Jersey really does make the city more livable, and I can promise you that New Yorkers shop Bed Bath & Beyond and Pottery Barn too. However, when the cityscape of a neighborhood starts to lose its character because indie stores are forced to close their doors due to exorbitant rent increases, and the only businesses that can afford to pay $100k a month are the chains and big boxes, something’s got to give. Sadly, the Upper West has a large number of chains that aren’t going anywhere anytime soon.

You’ll never run out of places to keep your money on the Upper West.

DNAinfo wrote about the issue in 2012, when there were 70 banks between 54th and 96th Street. (Not sure what the exact count is now, but there are way too many within earshot of my apartment.) The number isn’t getting smaller either. Ugh.

It’s not a food destination…yet.

When it comes to restaurants, the neighborhood hasn’t caught up to many other areas of Manhattan and Brooklyn, but it’s trying. Local UWS favorites like Mermaid Inn, Cibo e Vino, Jacob’s Pickles, and Salumeria Rossi will hopefully continue to thrive. With the closing of top culinary players Ouest, Dovetail, and Telepan, our upscale restaurant scene seems to be dwindling the past several years. Though new restos open weekly, few offer great quality and value, which is why I often prefer to head downtown or to Midtown for a meal.

At times, the neighborhood can be too quiet.

Particularly above 86th Street where I live, sometimes the streets tend to be ultra quiet at night and early in the morning. Living in a busy city like New York, finding solitude can be challenging, but not so much on the Upper West. If you’re the ultimate city dweller looking to live in the thick of the action, then this area of town probably isn’t for you.

Some UWS residents outgrow their apartments and leave for the suburbs after child number two is born, but countless denizens have migrated across the river to Brooklyn too. The Upper West has long been home to artists, writers, musicians, and other creative types, and although some still reside here, many have flown the coop for more square footage at the same price, private backyards, and as sad as it is to say, more soul.

If you live close to 72nd Street, you’re within a quick walk of Fairway, Trader Joe’s (if you can get in the door), and Citarella. But for other West Siders who aren’t within a stone’s throw of 72nd, grocery shopping choices are slim to none. The area’s Food Emporiums have closed their doors leaving my neck of the woods and the Lincoln Center area of town with few choices for staples. There’s a Whole Foods at Columbus Circle (good by subway), another at 97th and Columbus, and a Trader Joe’s at 93rd and Columbus, but there’s no great way to get to any of these stores from where I live, except walking for about 20 minutes or taking a taxi. Thank heavens for Zabar’s, which is only about a 10-minute walk for me.

The West Side is darker and colder than the East Side.

Nora Ephron said it. “I’ll tell you something else I’ve noticed about the East Side: It’s sunnier, it really is, I don’t know why, the light is just much lighter on the East Side of town than the West. What’s more, it’s definitely warmer over here in winter because it’s farther from the frigid blasts of wind coming off the Hudson River.”

And, I have to tell you, as someone who’s lived on the Upper East and Upper West, I think Nora Ephron was  right.

Despite all of the above, I do still love my neighborhood, and will probably live here for many more years. Have a question about moving to the Upper West Side? Post it in the comments!

At home with me and some friends on the Upper West Side. Also, check out this guide to the Upper East Side.

Plus, one of New York’s prettiest streets is in Chelsea – also on the West Side.

« Breakfast at Tiffany’s: The Blue Box Cafe
5 Cozy Bars to Grab a Drink in NYC »