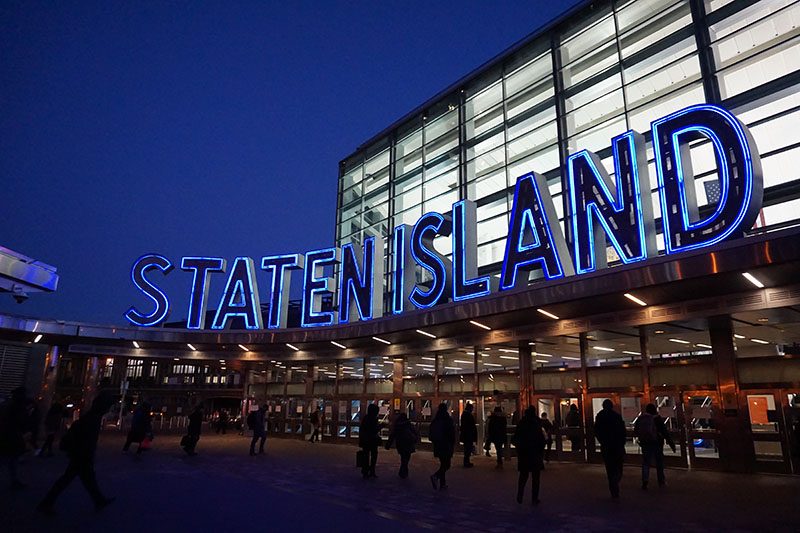 Travel to South Ferry/Whitehall Street and exit the subway station, walk a few minutes and then enter the ferry terminal. You’ll probably need to wait patiently among anxious commuters and bright-eyed tourists until the stately orange vessel appears. Then, along with hundreds of other passengers, you’ll board and scramble for a good seat with a view. Yes, that view is going to be spectacular! (When the weather is pleasant, you might aim for a standing-only spot on the deck, which is what I prefer.)  While I love to ride the Staten Island Ferry and take advantage of its smooth sail with stunning views of the New York Harbor and Lady Liberty, none of us should ignore the neighborhood on the other side. I’m referring to St. George in Staten Island. 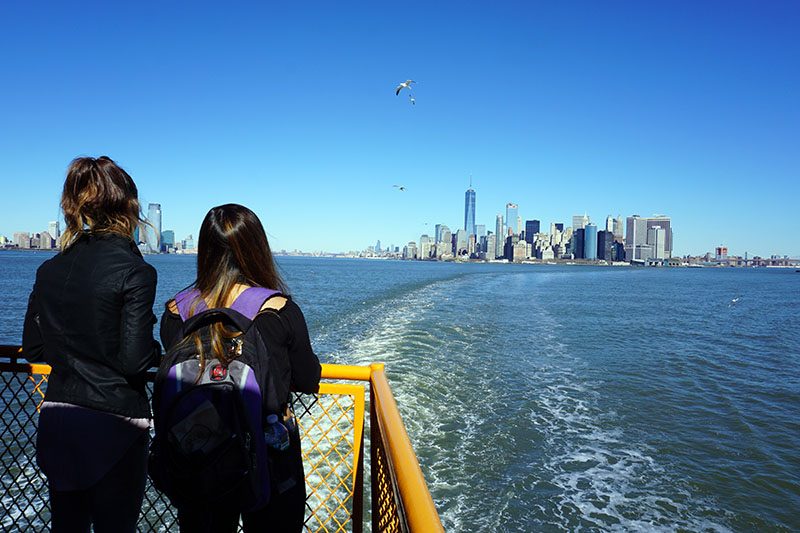 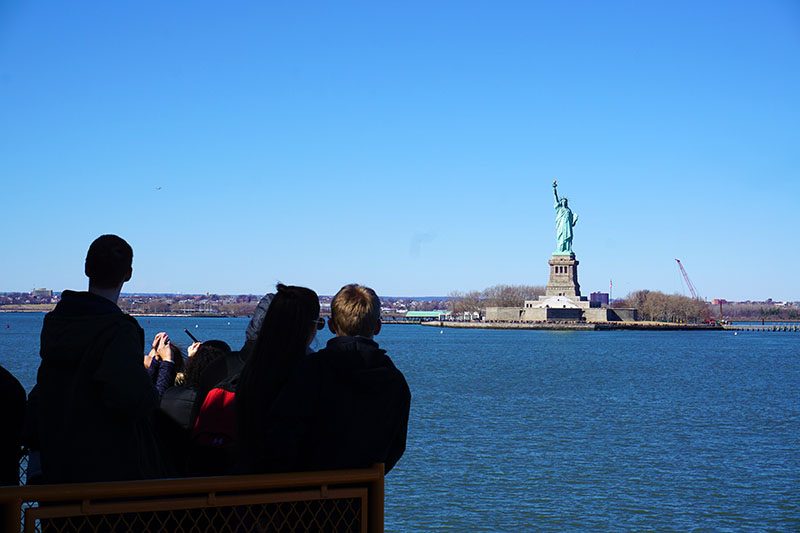 If you live in New York City, you’ve probably taken the Staten Island Ferry. If you’ve visited New York City, someone’s probably suggested that you ride the ferry (yes it’s really free, and a very New York thing to do). But, I’m guessing that you probably haven’t explored St. George yet. Now’s your chance. 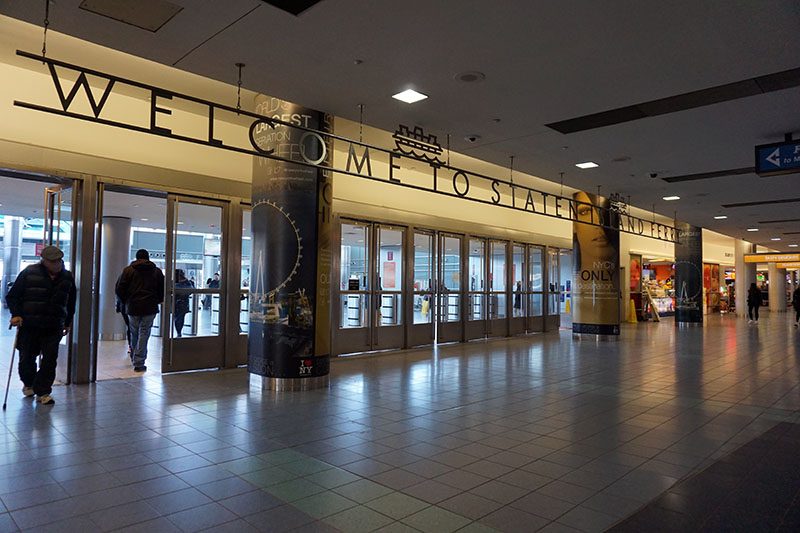 Located at the northeastern tip of Staten Island, St. George borders Tompkinsville and New Brighton. The neighborhood boasts an obvious appreciation of art and culture and is the perfect blend of old and new.

The esplanade is the first thing you’ll notice when you disembark the ferry, and you’ll be drawn to the modern, sculpture-like twin structures. The 9-11 Memorial or “Postcards” honors the Staten Island residents killed in the 1993 and 2001 terrorist attacks. The memorial holds 270 plaques engraved with the names of Staten Island locals who lost their lives on September 11, 2001. It’s a beautiful tribute that frames where the towers once stood, and One World Trade is across the harbor.

Adjacent to the memorial is the Staten Island Yankees ballpark. The Yankees are the short-season A classification affiliate of the New York Yankees. Watching a game is a favorite summer pastime for New Yorkers – fans travel from all over the city.

Don’t ignore the stately borough hall as you make your way to the heart of the neighborhood where you’ll observe local life. The area represents the essence of what so many of us love about small-town living. Stroll through the St. George Historic District, one of the only three on the island, and observe pre-war apartments and single family homes. A walk on St. Mark’s, Carroll Place, and Hamilton Avenue provides reason enough to live in St. George. 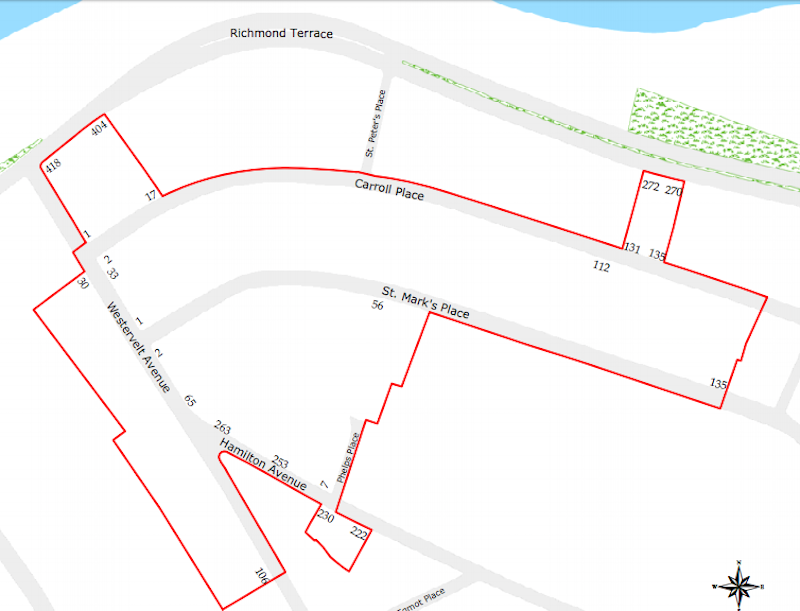 Everything in the neighborhood can be reached on foot, so you won’t need a car in St. George unless you’d like to travel around the island or to Brooklyn, Queens, or The Bronx.

Who lives there? A mix or writers, musicians, artists, and professionals live in St. George. Besides its charm, more space at lower cost draws New Yorkers from other parts of the city. A 550 square foot one-bedroom apartment on Saint Mark’s Place is listed at $1,500 per month. Larger apartments to share start in the $2,000 range. Plus, since it’s minutes from the ferry, St. George is super convenient to Lower Manhattan.

By New York standards, St. George is more affordable than other neighborhoods (for the time being), but with the completion of the New York Wheel in the next year or so, and other development projects in the works, I suspect prices will increase in the next five years and beyond. Regardless of housing cost, there’s no denying the allure of this part of New York City.

Take a peek at these photos to get a sense of life in St. George, Staten Island. 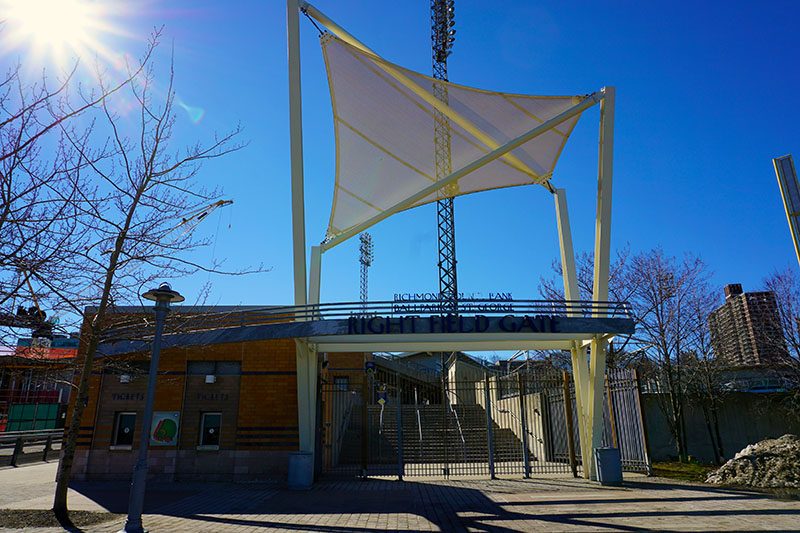 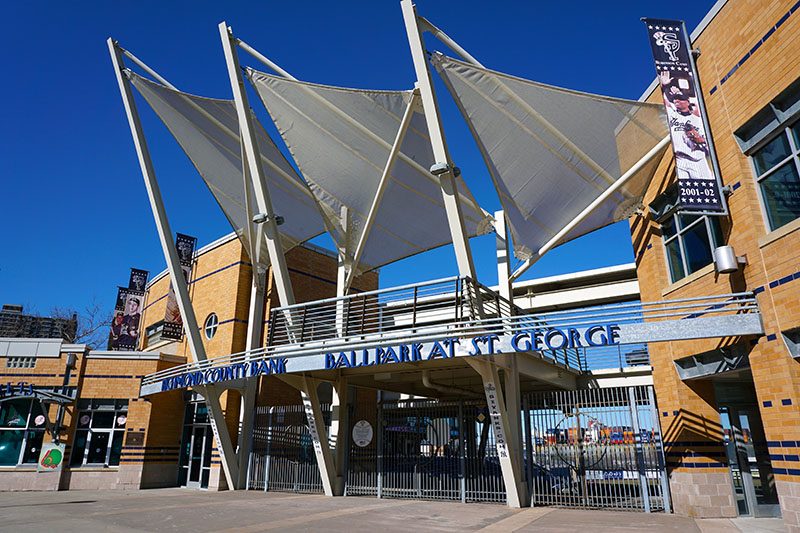 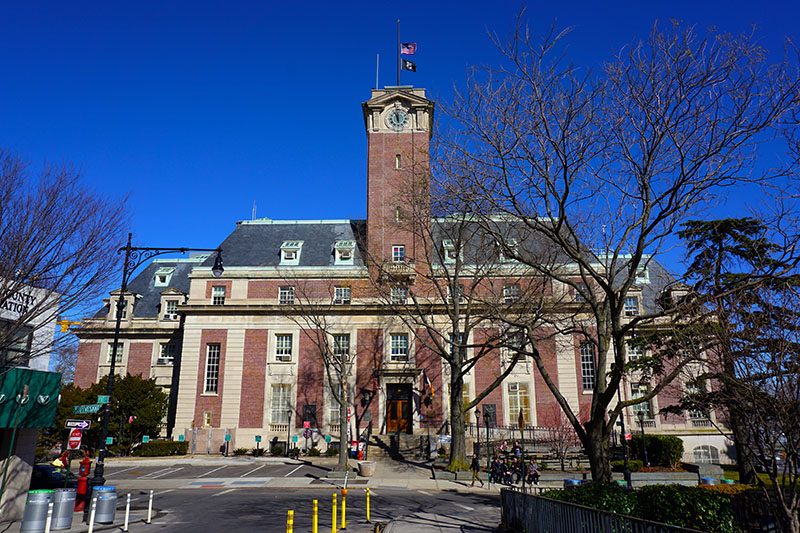 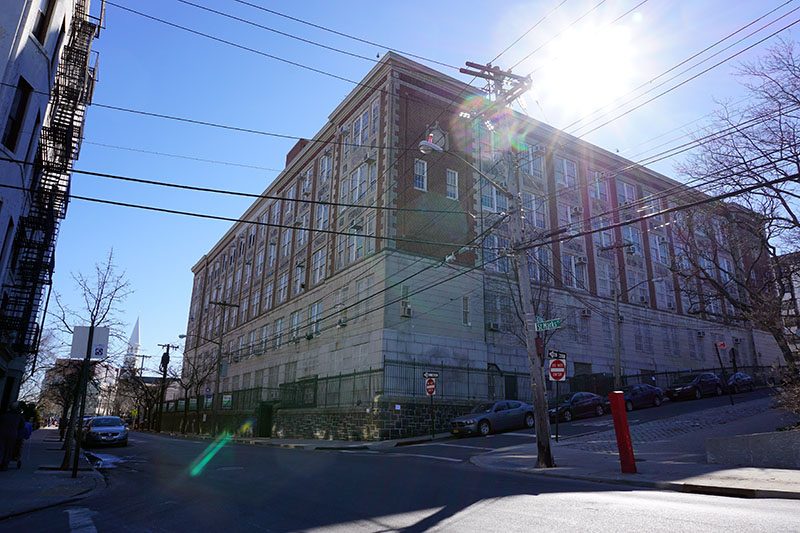 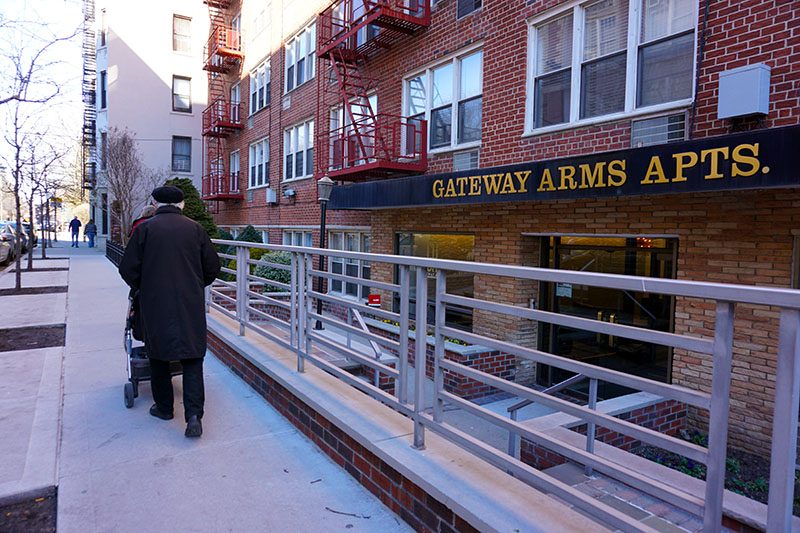 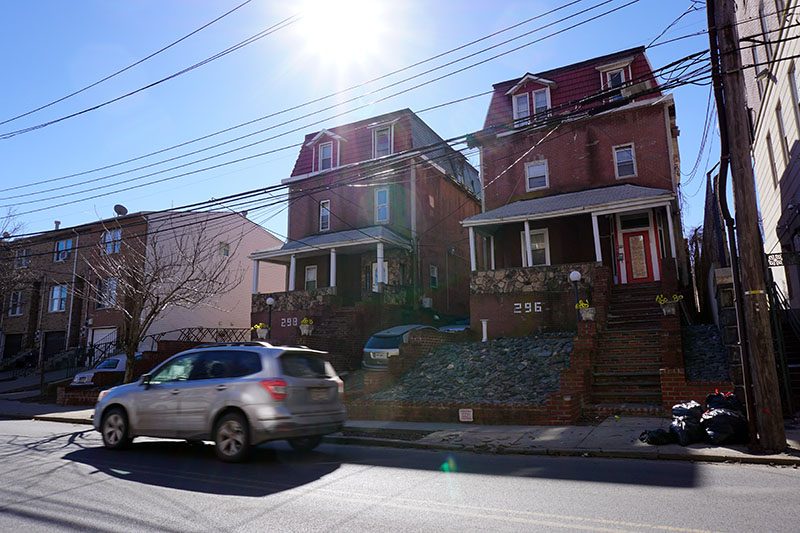 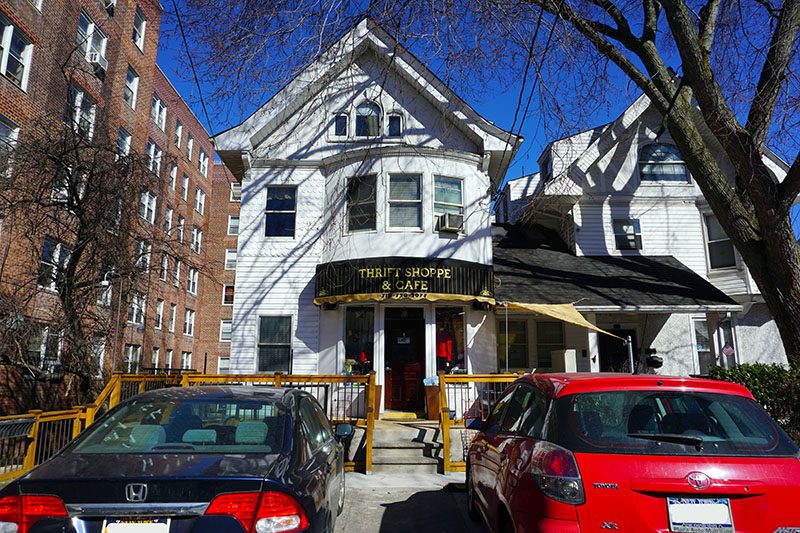 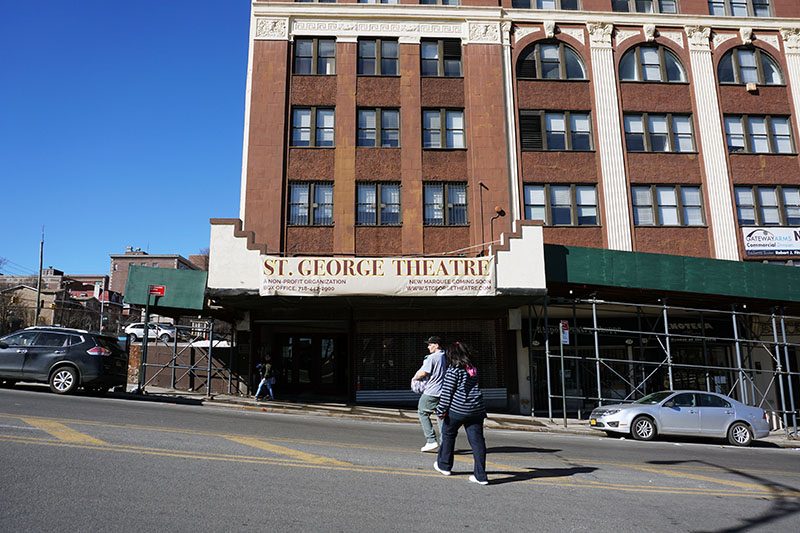 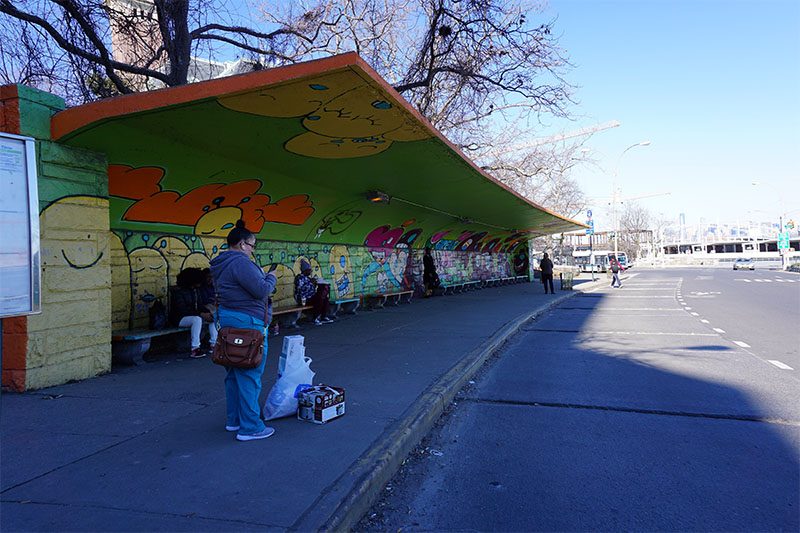 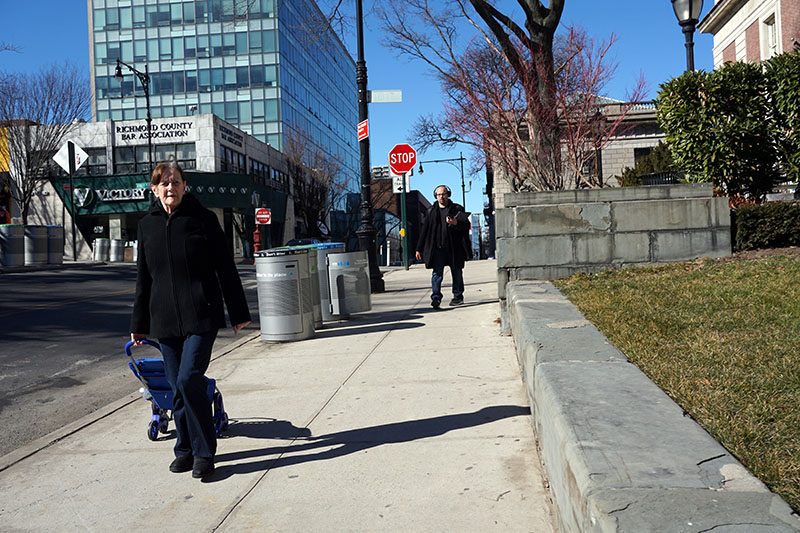 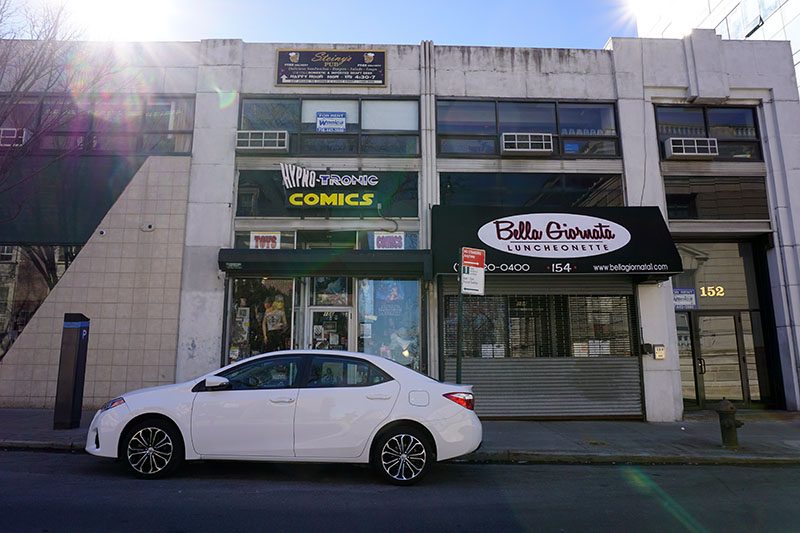 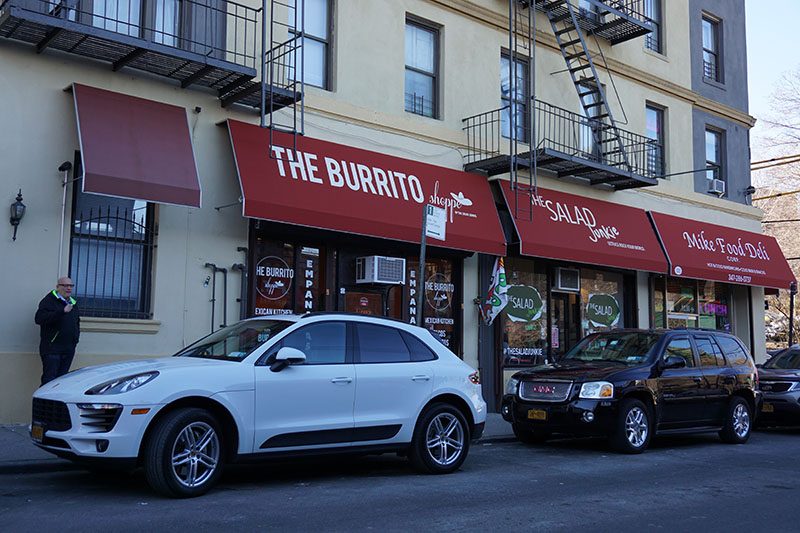 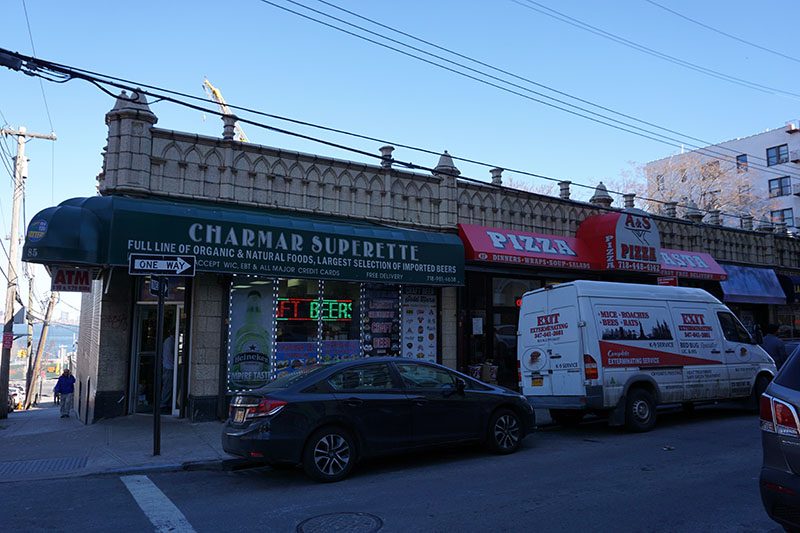 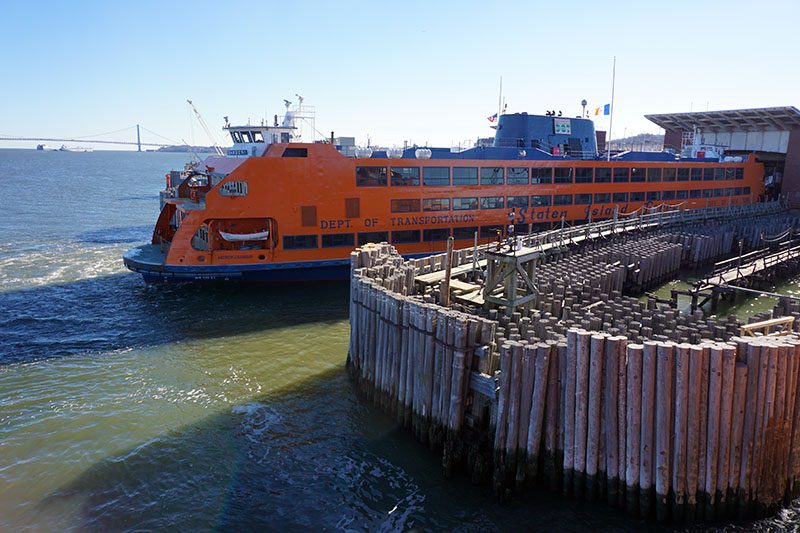 9-11 Memorial photo by Mirage via Flickr.  All other photos by Eric Barao. Map via nyc.gov.

Also, a look at life in Astoria, Queens, Brooklyn Heights, and Greenpoint Brooklyn.