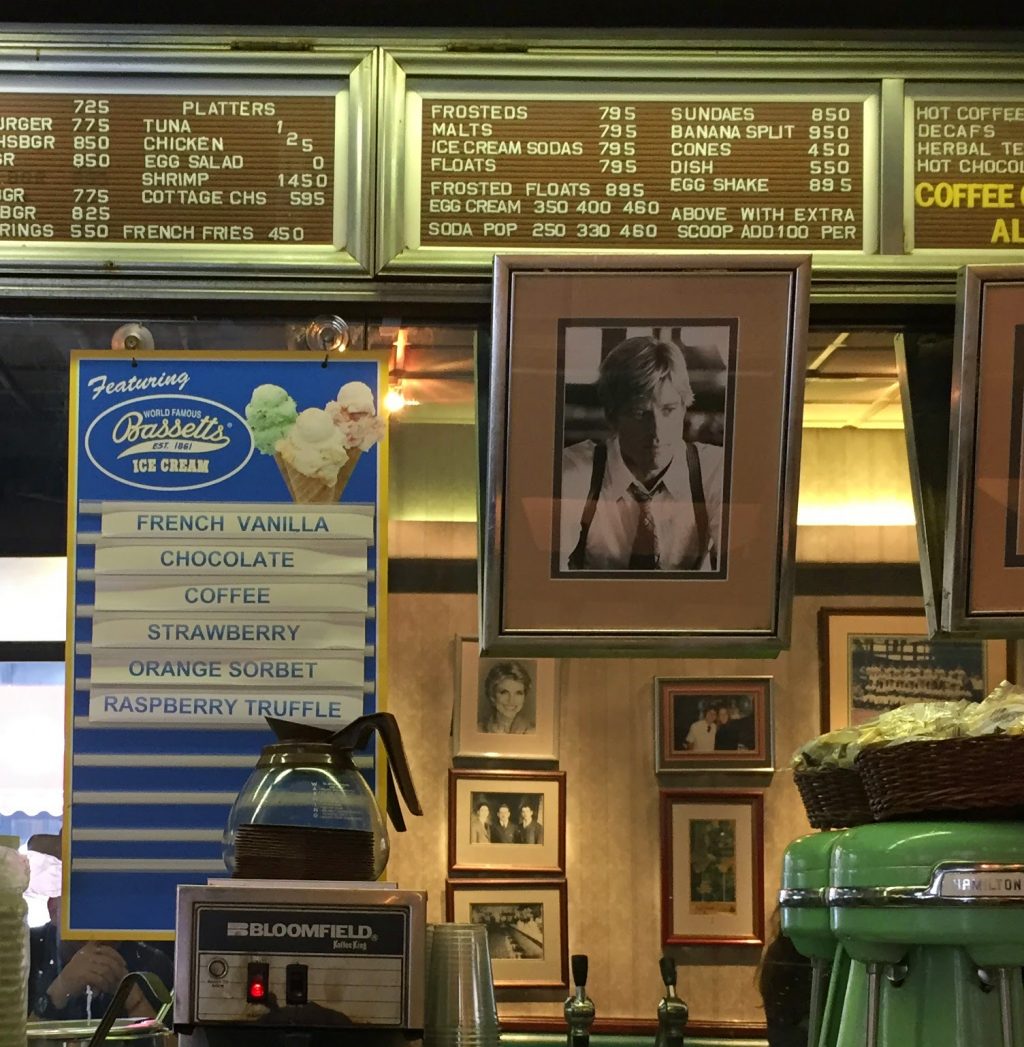 {A few words from Tracy}
I’ve tasted my share of the best egg creams in New York City. I drank my first egg cream a few years back at Eleven Madison Park.  I loved the theatrics of preparing the drink table-side, which reminded me of the many milkshakes my grandmother used to make when I was growing up.  Recently, I tried the beverage at a few simpler establishments, but no matter, the ingredients in the iconic drink are similar and the taste is much like the city where it originated…. unique.

The classic egg cream always harkens back to my days as a tyke in Brooklyn. My mother used to take me to a luncheonette around the corner from my house for burgers and the Brooklyn egg cream, which, much to the surprise of many, contains neither egg nor cream. It just has three simple ingredients: chocolate syrup (traditionally, although it can be made with vanilla or other flavors), cold whole milk, and preferably seltzer from a high-pressure nozzle, served in a fountain glass. 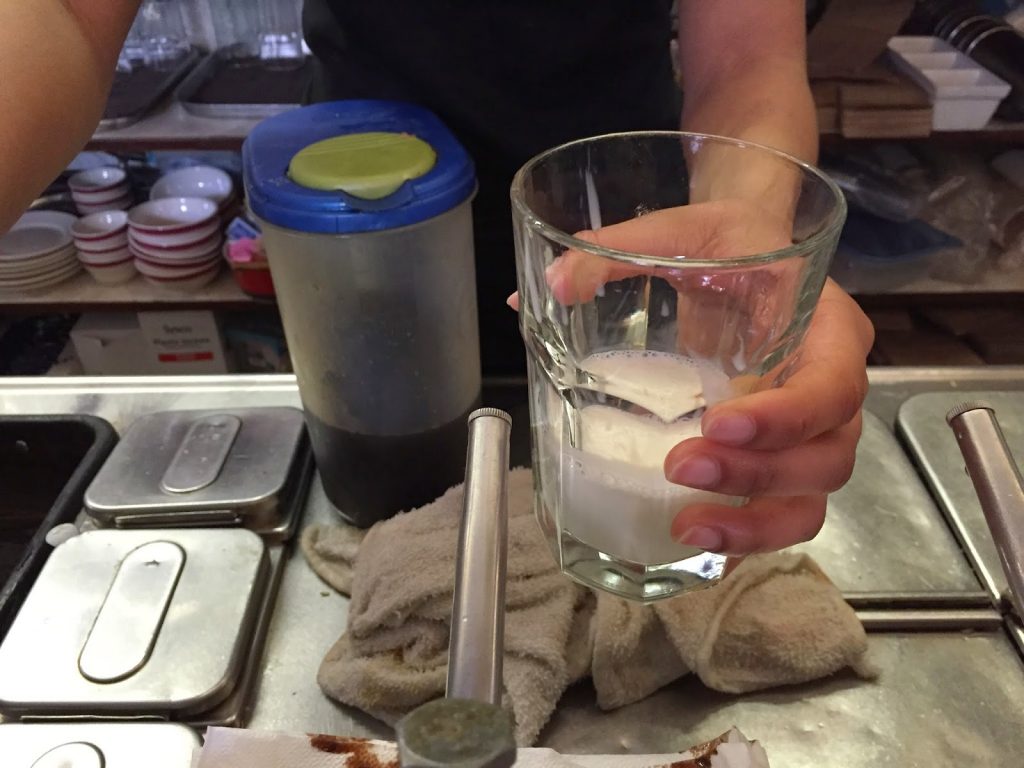 The egg cream’s exact origin — Brooklyn or the Lower East Side — varies, depending on whom you ask. Legend has it that in the 1880s on the Lower East Side of Manhattan, Jewish candy shop owner Louis Auster concocted the drink by accident. He reportedly sold thousands daily. However, when Auster refused to sell the rights to the drink to an ice cream chain, a company executive blasted him with an anti-Semitic slur, and he promised to never surrender the secret formula.

As for the ‘egg cream’ name, food historian Gil Marks writes in his Encyclopedia of Jewish Food that it likely came from “the egg-white-like foam that rose to the top” of the glass.

My own fond memories, coupled with the growing lure of the frothy concoction by old and new generations, have inspired me to round up the best NYC places that still serve the special sweet, foamy liquid delight. Tip: Remember to drink within five minutes, or the egg cream will go flat.

Eisenberg’s, 174 Fifth Ave
Eisenberg’s puts the class in the classic egg cream. It’s another place that has stood the test of time, and its perfectly made egg cream is one of the many reasons why. 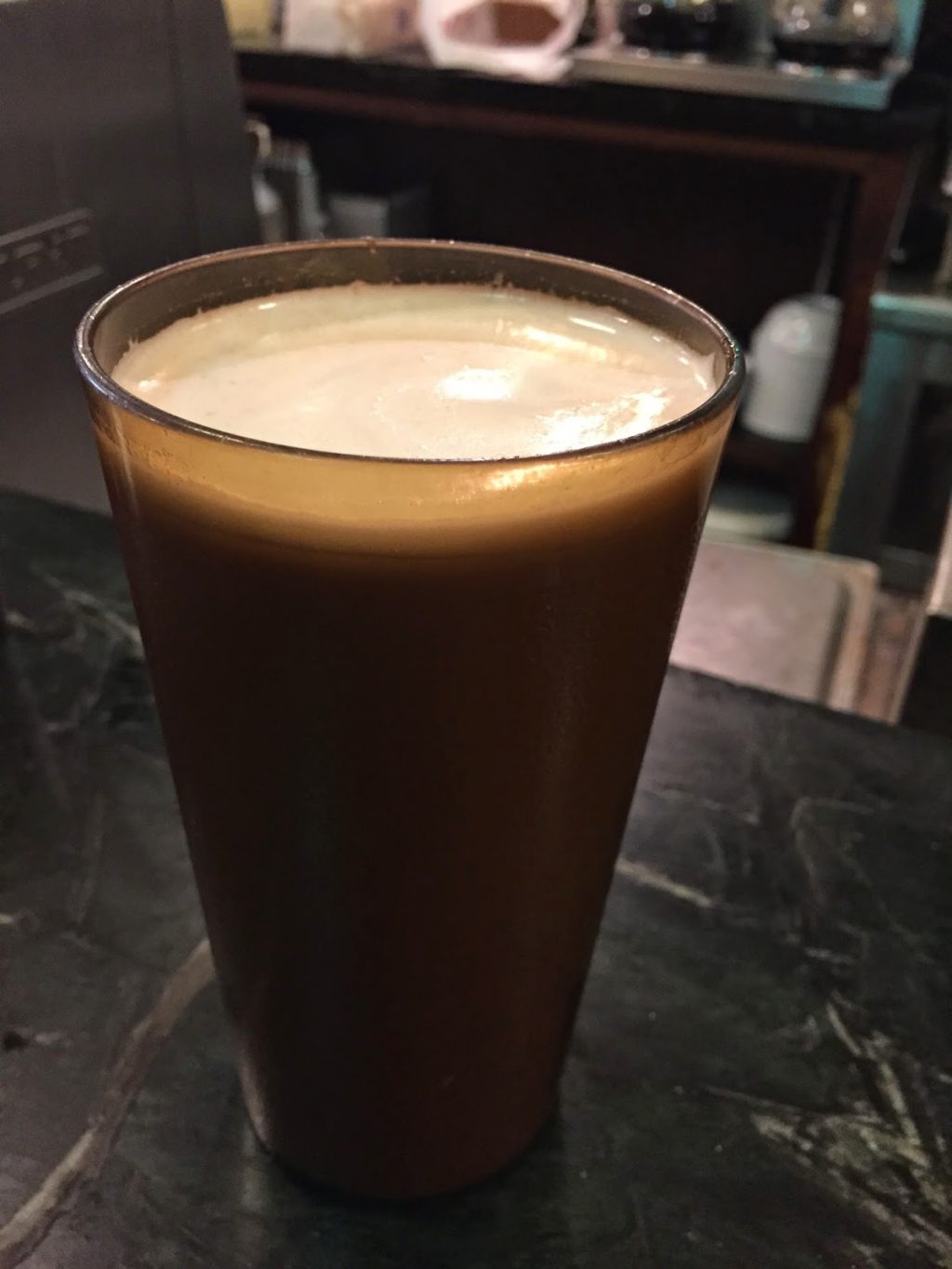 Eddie’s Sweet Shop, 105-29 Metropolitan Ave #1, Forest Hills
Given the fact Eddie’s Sweet Shop has been around for over 100 years, it’s no surprise that this Queens favorite serves up a delicious egg cream.

Brooklyn Farmacy, 513 Henry St, Brooklyn
Though this Carroll Gardens ice cream and soda shop opened its doors in 2010, it gets special props for encouraging that nostalgic feeling with help from its old-time look and tasty egg cream. The sign behind the counter says it all: “IF YOU’VE NEVER HAD AN EGG CREAM BEFORE, YOU’RE IN FOR A TREAT!”

Tom’s, 782 Washington Ave, Brooklyn
While there’s always a wait to get into Tom’s, you won’t be disappointed with the taste and artistic preparation that goes into making an egg cream at this Prospect Heights diner.

Egger’s Ice Cream Parlor, 1994 Forest Ave, and 6319 Amboy Rd, Staten Island
Egger’s has been a Staten Island tradition for over 70 years. Known for the ice cream, don’t sleep on the egg cream. There’s one on Forest Avenue in Westerleigh and a recently opened shop on Amboy Road in Pleasant Plains.

Russ & Daughters, 179 E Houston St
Russ & Daughters in the LES has been in business since 1914. So it’s no wonder it produces one of the best egg creams in the city, given the fact that it was around during the early years of the iconic drink, when it was at its best, according to NYC historians.

Lexington Candy Shop, 1226 Lexington Ave
Around since 1925, LCS is another place that stands true to tradition, whipping up an awesome egg cream, just like it did back in the day. Lexington Candy uses half and half rather than whole milk, so its version of the creamy beverage is even creamier than most. Give the vanilla flavor a try here, and your sweet tooth will leave you craving more.

« What Defines a ‘Real’ Actor?
Honeymoon in Vegas Dazzles on Broadway »