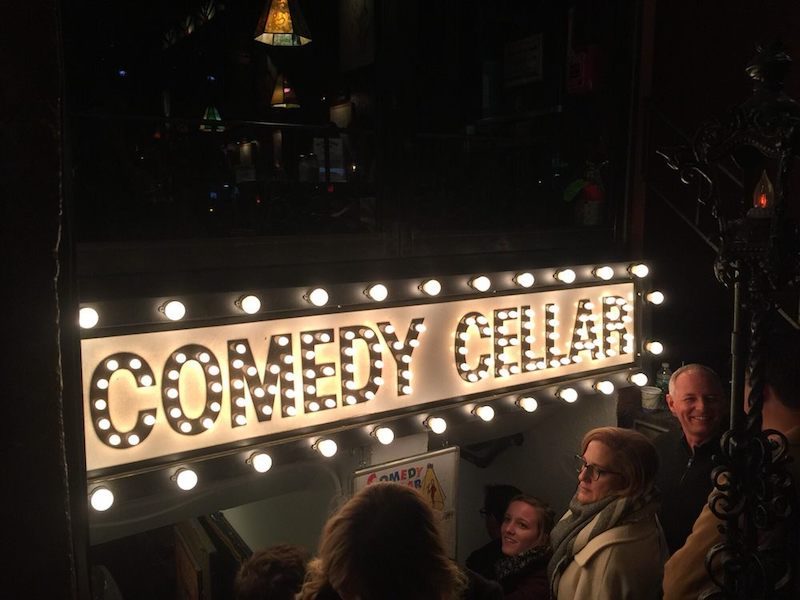 Where to See Stand-up Comedy in NYC

If laughter really is the best medicine, then New York City is a good place to be. On any given night, you can catch the funniest comedians performing on a number of stages in venues that range from small, dimly lit basements to spacious clubs with ambient lighting. What these places all have in common is a deep respect for the art of comedy. If you’re in the mood for a good laugh, here’s where to see stand-up comedy in NYC.

It is impossible to talk about NYC’s comedy scene without mentioning Carolines on Broadway. Since opening in 1982, Carolines has cemented itself as a premier institution where comedy’s most legendary names like Jerry Seinfeld, Billy Crystal, and Jay Leno have graced the stage. Today, you can laugh until it hurts at headliners Ken Jeong, Whitney Cummings, D.L. Hughley, and others. The Breakout Artist Comedy Series shines a spotlight on budding talent that’s beginning to generate buzz. 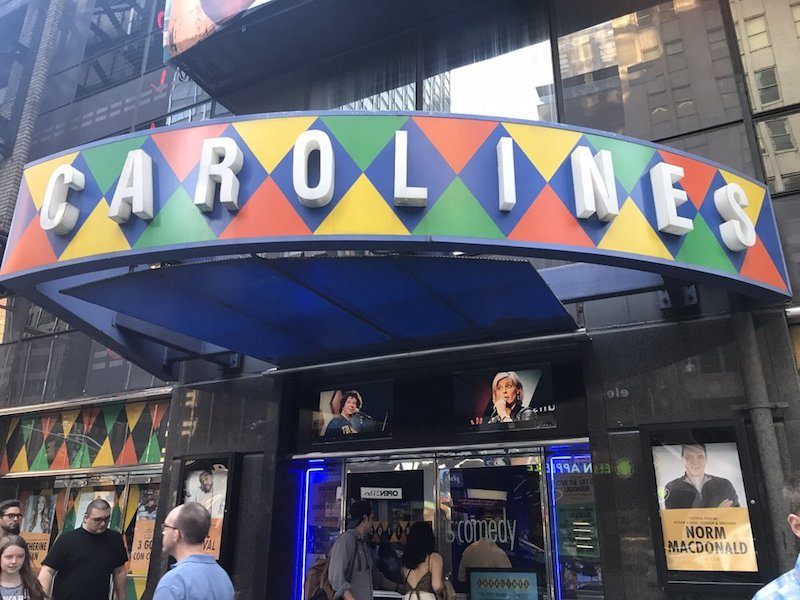 Founded in 1982 by comedian and television writer Bill Grundfest, Comedy Cellar is an esteemed subterranean comedy club in NYC’s West Village. Despite a list of regular performers that include Dave Attell, Colin Quinn, Todd Barry, among others, there are no headliners here. Rather, each comic takes to the stage for a 20-minute set. The Comedy Cellar shares a kitchen and bar with the upstairs restaurant, Olive Tree Café. We suggest coming for Comedy Brunch when you can enjoy the entertainment with a tasty dish and cocktail.

With its free  WiFi, locally-sourced menu, extensive offerings of teas and coffee, and friendly staff, Black Cat LES is all about creating a welcoming atmosphere for NYC’s creative community. This includes a solid event program dedicated to making you laugh. Smash Gold Comedy (Mondays and Tuesday, 8 to 10 p.m.) and Caffeine Comedy (every second Wednesday at 8 p.m.) features an assorted mix of the funniest talent around.  Ever had the urge to jump on stage and tell your best jokes? Check out open mic night with Comedians on the Loose every Saturday from 7 to 11 p.m. 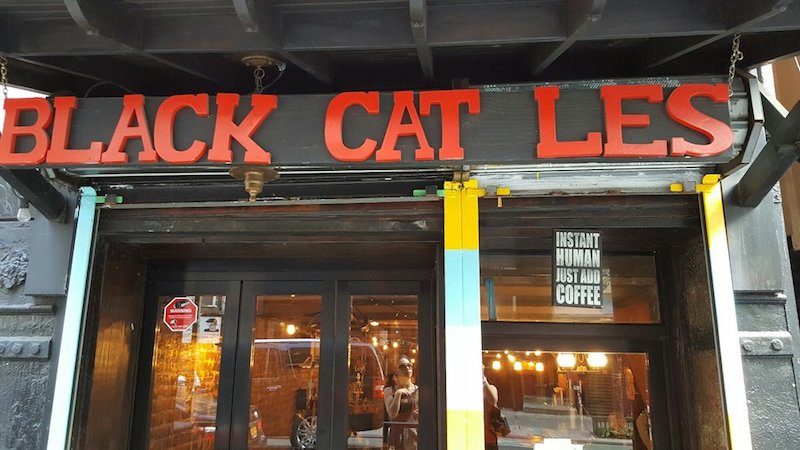 Al Martin expanded his comedy empire when he opened The Greenwich Village Comedy Club in 2008. Located underground, this downtown Manhattan comedy club has a laid-back vibe with just 60 seats filling the space. What makes this place so appealing for comedy fans is that it acts as a launch pad for up-and-coming comedians. At the same time, a venerable veteran will pop in and turn out a routine.

Opened by Chris Mazzilli and Michael Reisman, The Gotham Comedy Club stands out from the rest thanks to its stylish interior inspired by upscale theaters of the 1920s and the Art Deco movement. It’s no wonder that the club has played backdrop to TV and film with spots in Curb Your Enthusiasm, Last Comic Standing, and Jerry Seinfeld’s film Comedian. Dave Chappelle, Lewis Black, Jim Gaffigan, Chris Rock, and Artie Lang start a list of names that keep coming back no matter how big their careers have gotten since first stepping on the stage. 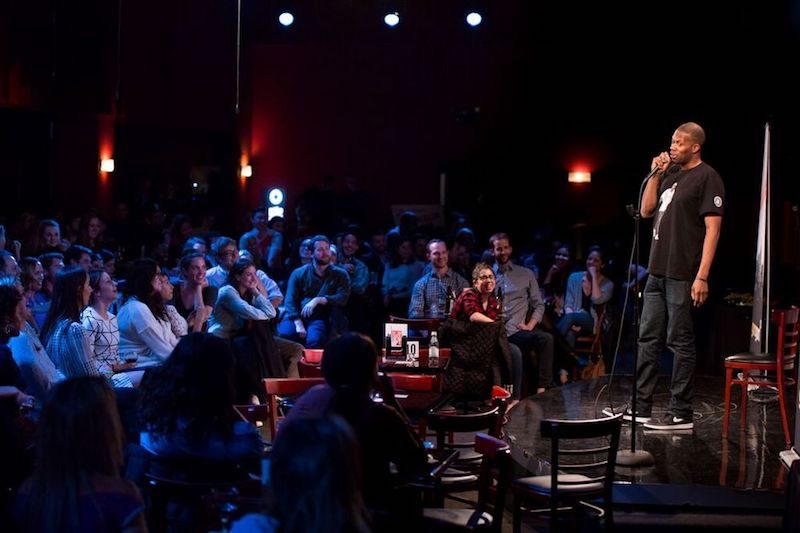 Also some of New York’s brightest comedic talent. And New York nightlife is sometimes worth the splurge.

« What’s in a New Yorker’s Handbag? Here’s What’s in Mine
A Guide to Spring Produce in New York »